Shanghai Disneyland opens its gates to guests on June 16, 2016. I was fortunate enough to be able to buy tickets for opening day and to stay at the Shanghai Disneyland Hotel, meaning I will be among some of the first guests to enter the Park for the grand opening! Over 1 million guests have already visited during the trial operations, but being there for the first day is something special which fills me with overwhelming joy and unbearable excitement! 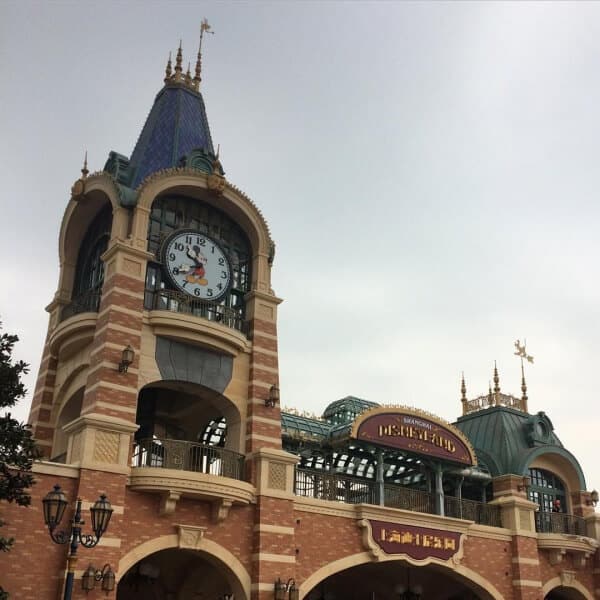 The resort is already open for trial operations and with that comes a stream of photos and videos shared on social media. There are a few social media accounts you should be following leading up to the grand opening, including Eric and daykota. I have been purposely avoiding videos (not so much photos) of attractions and shows at the Park because I want these experiences to be authentic and surprising. It’s not very often you get the chance to attend the grand opening of a theme park, especially a Disney Park. 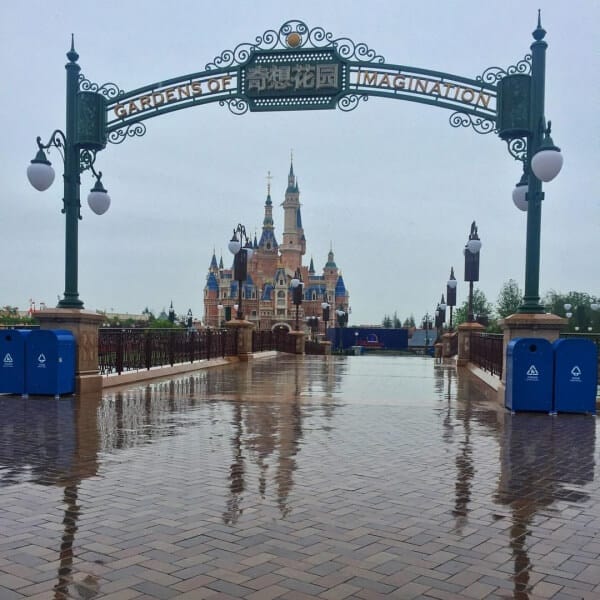 An overwhelming number of you have asked me to come up with a list of what I am excited to experience at Shanghai Disneyland. So, here’s my top 10 things I am most excited for at the newest Disney Park, Shanghai Disneyland! Don’t worry, I got my visa for Mainland China ready!

Photos are provided with permission from Eric! 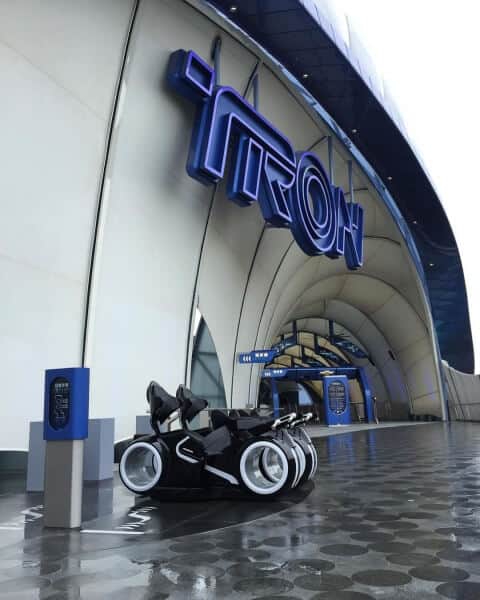 I can admit that this was the only attraction I watched a video of, which was only the queue and when the light cycles take off. Other than that, I have no idea what’s in store when I head to “The Grid.” Anything to do with TRON gets me excited. The movie had a fantastic soundtrack created by little-known artists Daft Punk, and stunning visuals. I even attended the TRON event, which was in Disney’s California Adventure back in the day. Needless to say, I know I’ll be grinning ear to ear when I sit on that light cycle.

Pirates of the Caribbean Battle for the Sunken Treasure

Many of you have watched this video and have expressed how “amazingly awesome” this attraction is. I have no idea what they have done with this attraction to make people react in this fashion, but it must be good. While I am not the biggest Pirates fanatic (I haven’t even seen the last two movies), I can appreciate the significance of Pirates and its integral role as part of the Disney experience.

I have no idea how this classic attraction could be improved, but apparently Disney did it. Again, many people have watched the video and are raving about it. Peter Pan is one of my favourite Fantasyland attractions, and the movie also has a special place in my heart. It brings me joy to know they’ve added something (not sure what yet) fresh to this classic. 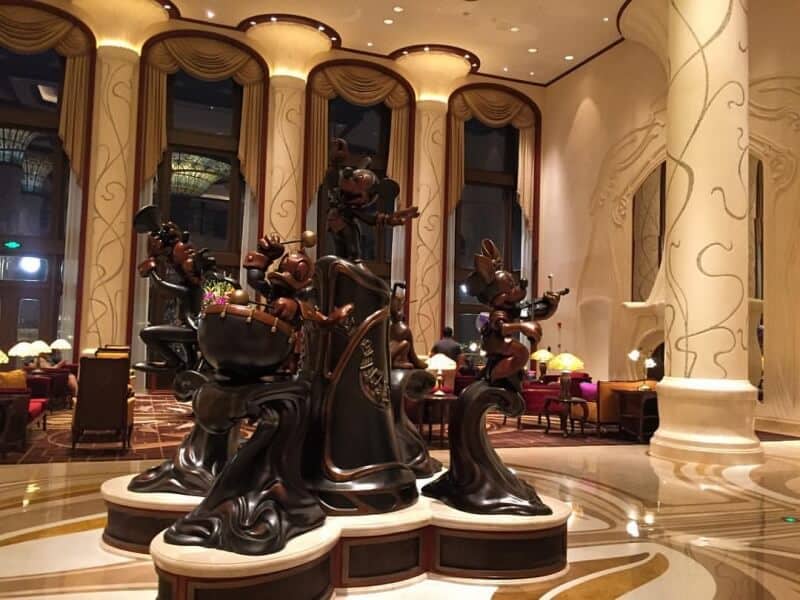 The only other Disneyland Hotel I have had the pleasure of staying at was the Tokyo Disneyland Hotel. Adding another flagship hotel to the list is certainly exciting! Of course, the decor, rooms, restaurants, and service will boast the world-famous Disney customer service, but what I am looking forward to is being among some of the first guests ti stay at the hotel for the Grand Opening. Not many people are able to say that, and I am grateful I will have the honour of wearing that “badge.”

Ignite the Dream – A Nighttime Spectacular of Magic and Light

This was a hard one to avoid photos of on social media. Who doesn’t love Disney fireworks? It’s an added treat when those fireworks utilize the beauty of the Enchanted Storybook Castle. From the photos I have seen, it looks stunning. Will it be as good as Disney Dreams at Disneyland Paris? I will be the judge of that, come June 16.

If you have listened to the podcast or read the blog for a while, you know that I am a huge parade and live show fan. There have been mixed reviews from the trial operations of this parade, but I am being optimistic. I am not expecting Tokyo DisneySea-level quality here, but I am sure it is not as bad as everyone is making it out to be. Again, I will be the judge of that come the Grand Opening!

Loyal readers and listeners know I enjoy stuffing my face every chance I get while at the Parks (who doesn’t?). There are quite a variety of places to eat and snacks to devour. I don’t even know where to begin with this! But rest assured I will have plenty to say about the food and dining after I recover from my food coma. 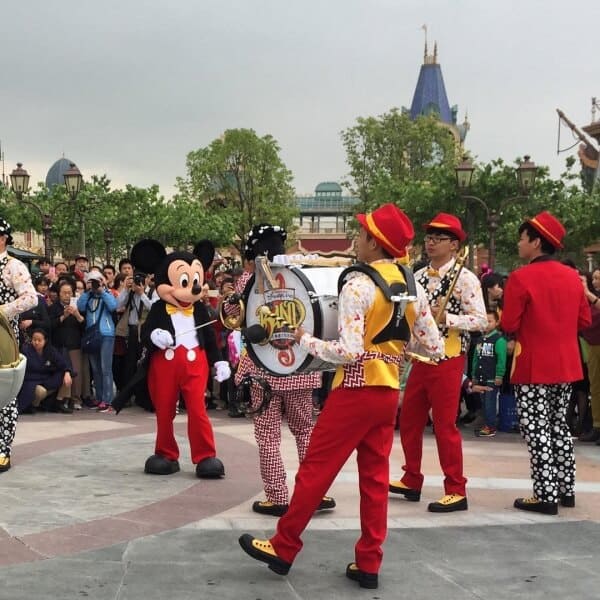 A number of Disney fans, bloggers, website owners, etc., are attending this grand event. It’s not too often you have such a huge gathering of the biggest Disney fans in the world (barring D23 I am sure). Sharing this once in a lifetime experience with like-minded individuals will be one to remember!

Experiencing The Great Firewall of China 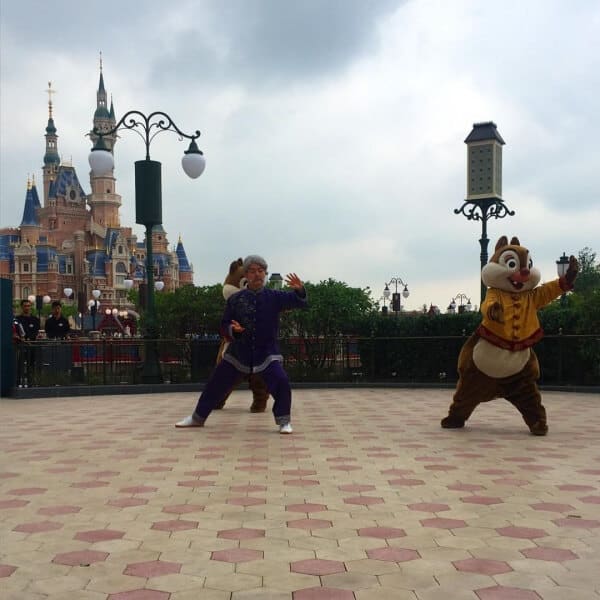 Not everything is Mickey Waffles and Disney Magic. China has its infamous “The Great Firewall of China” and the resort is not immune to this. There are plenty of ways around this, but it is still something that most of us have never had to deal with before.

Attending the Grand Opening of a Disney Park 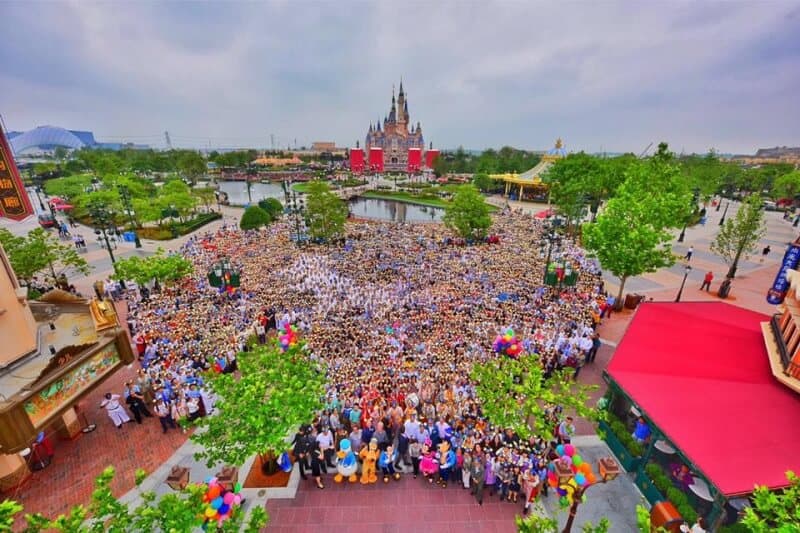 I was a late bloomer when it comes to Disney Parks, with my first visit back in 2010 to Walt Disney World. Having the chance to attend the Grand Opening of a Park has never been an option. Never did I imagine that I would have the opportunity to be present on the first day of the Grand Opening to the newest Disney Park, and in China of all places! I will admit that I was filled with joy (to the point of happy tears) when I confirmed my attendance to this event. Who would have thought that a little prairie boy from the middle of Canada would be visiting Shanghai for the opening of a Disney Theme Park?

This short list is only a fraction of what I am excited for (I didn’t want to have you all read a novel!). June 16 is just around the corner, and I am ready to go! If you’re planning your trip, we have already written a few articles pertaining to Shanghai Disneyland. Expect more planning guides, videos, and photos here once I am back from the trip!

If you are gong to Shanghai Disneyland for the opening, let’s meet up for a drink! Cannot wait to see everyone there!

What are you most excited for from Shanghai Disneyland?