Did you know that Mickey Mouse was co-created by an animator named Ub Iwerks? Disney history is full of names like that: people who helped bring to life some of your favorite characters. With a medium like animation, it is easy to get caught up in the world of the story, so that a person’s imagination becomes almost solely engaged in the on-screen magic, without giving much significant thought to the human artistry that made it possible.

Back in April, a new exhibition tour, presented by the Walt Disney Animation Research Library, made its premiere in Odaiba, Tokyo at the National Museum of Emerging Science and Innovation, otherwise known as Miraikan. 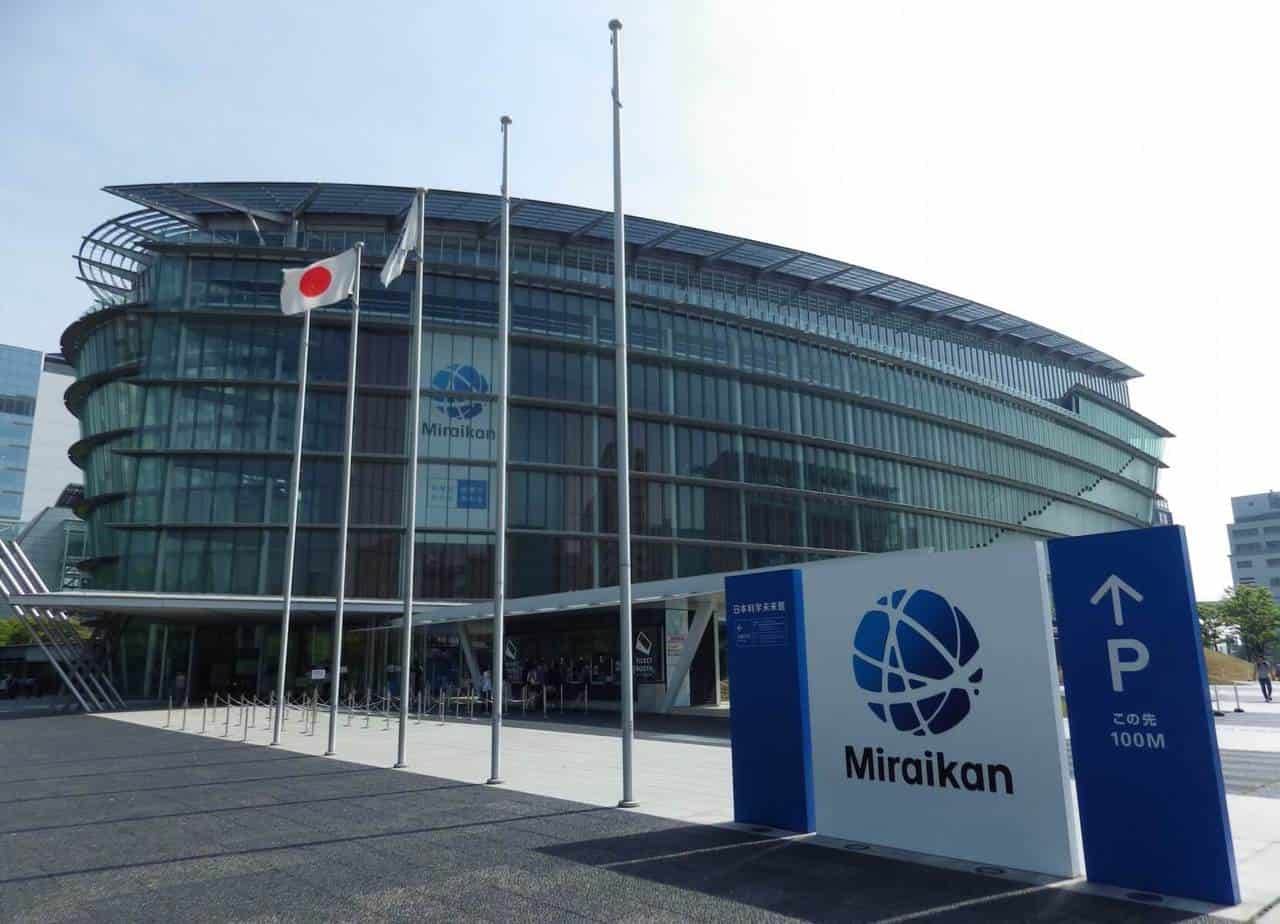 Dubbed “The Art of Disney – The Magic of Animation,” this event is still ongoing. It is scheduled to run at Miraikan until September 24, 2017, after which it will begin making the rounds in other cities: first Osaka, then Niigata, then Sendai, where it will finally end on September 30, 2018.

Visiting the exhibition takes you on a behind-the-scenes walk through Disney history, immersing you in a world of sketches and art, with the focus being the instant a character comes to life. 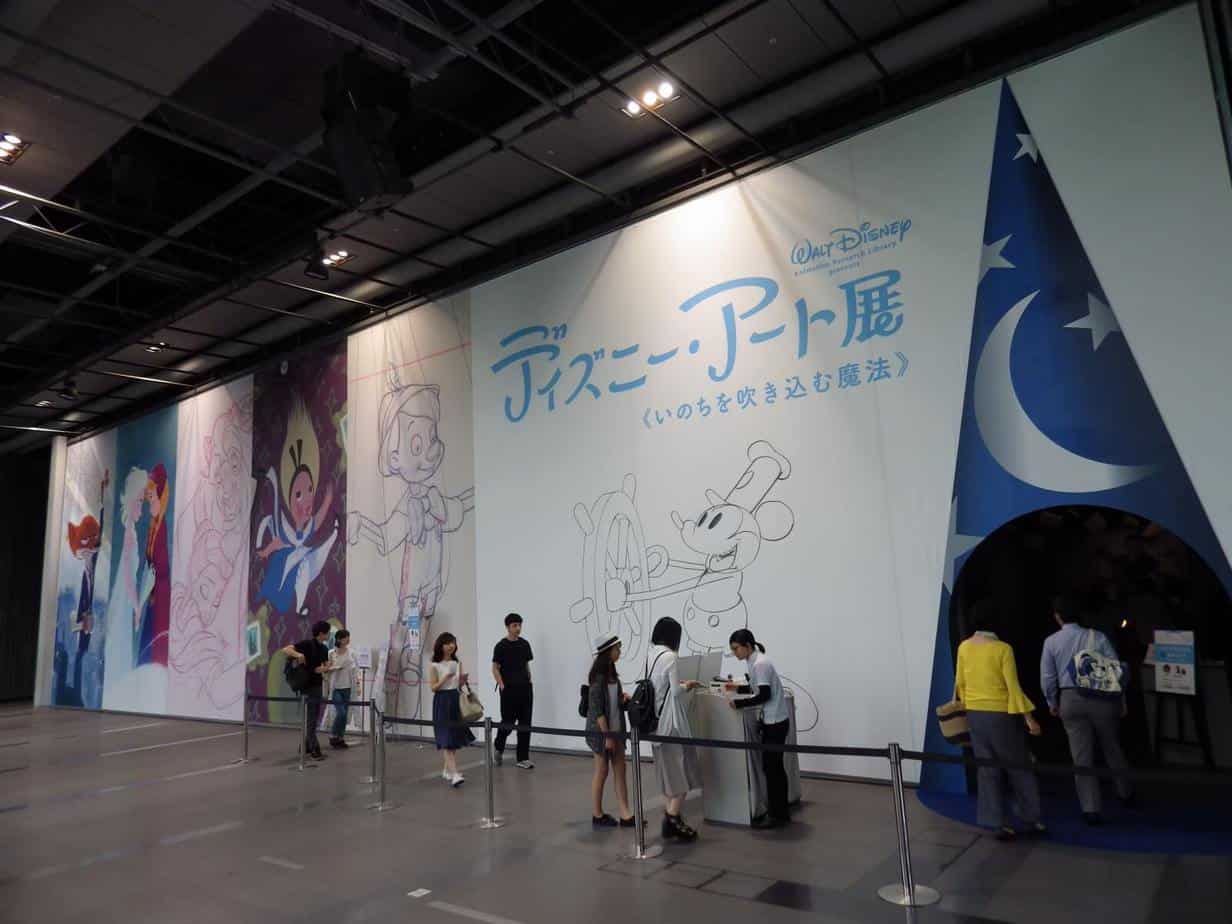 With many classic Disney characters, there is almost a sense in which they have become more real—or at least more famous over the years—than the people who drew them. Yet at this exhibition, a fan might also come away with a new appreciation, not only for the beautiful end result of the animation process, but also for all the hard work and innovation that went into it, and how that led to the creation of characters that are known and loved the world round.

It all starts with the first Mickey cartoon, Steamboat Willie (1928), and the first full-length Disney animated feature, Snow White and the Seven Dwarfs (1937). Along the way, you can see how advances like the multiplane camera added a three-dimensional background to early films like Pinocchio (1940). 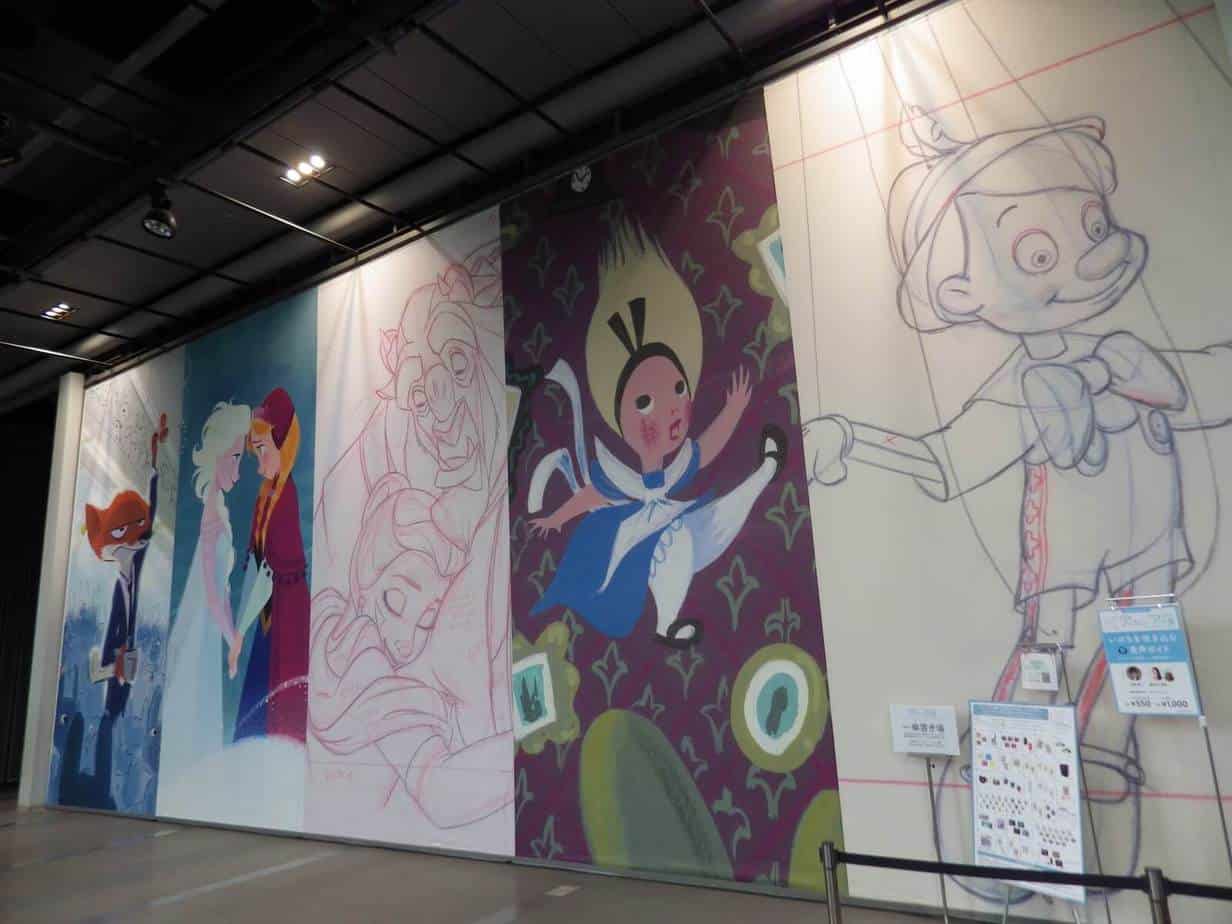 You can also see how the groundbreaking use of classical music in Fantasia (1940) sealed the long-standing marriage of imagery with memorable music in Disney movies.

Working with a live elephant and deer models as reference helped the animators of Dumbo (1941) and Bambi (1942) craft more realistic depictions of cartoon animals, while at the same time incorporating a greater degree of emotion into their facial expressions. Later on, the concept art of Mary Blair would give bold new color to animation in Alice in Wonderland (1951).

Incidentally, Mary Blair is the same woman who Walt Disney commissioned to design It’s a Small World for the 1964 World’s Fair. And so it only makes sense that the Queen of Hearts Banquet Hall should be positioned next to the colorful exterior of It’s a Small World in Tokyo Disneyland. 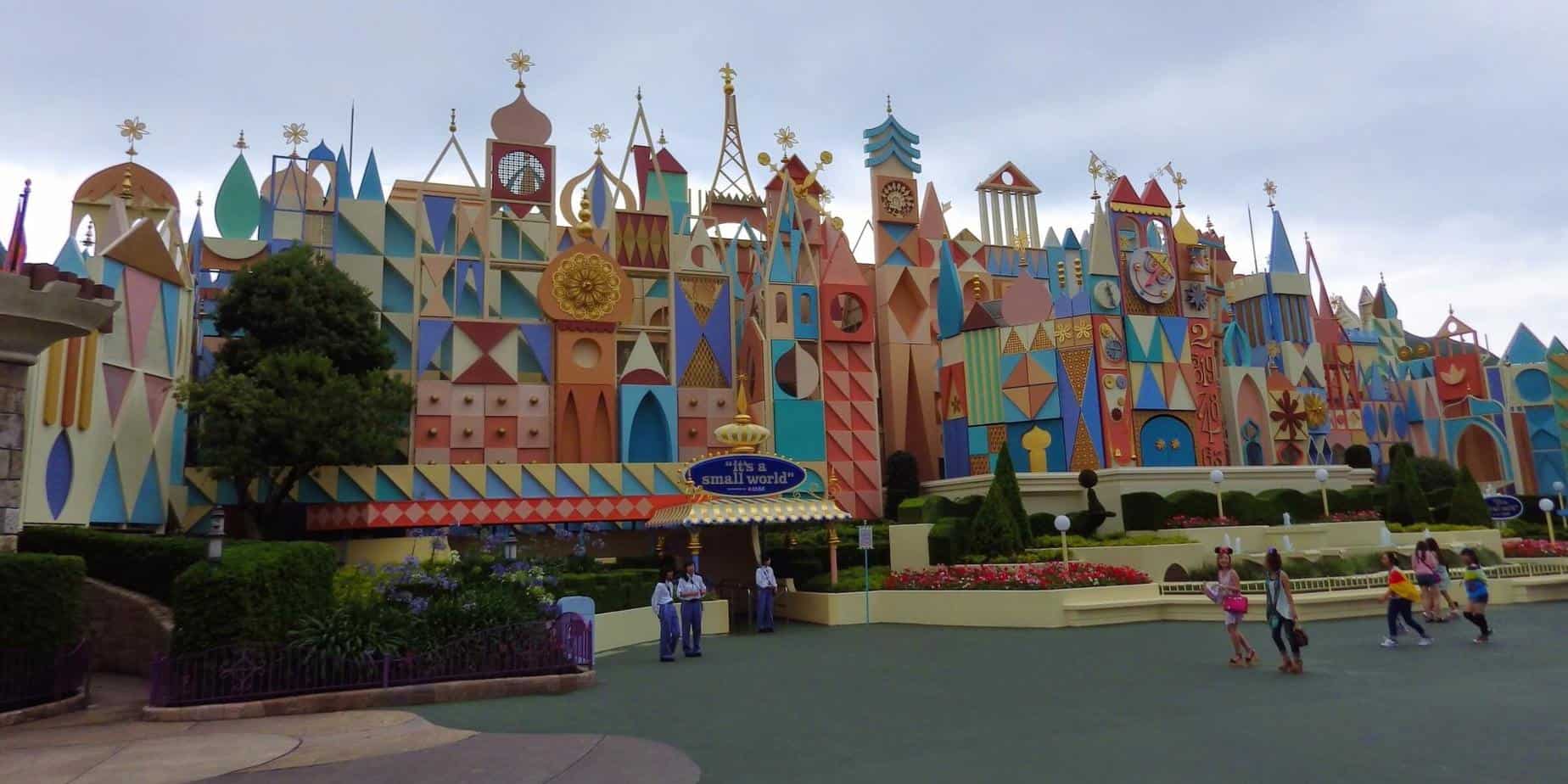 Synchronization with voice actors in The Jungle Book (1967) brought a new vibrant rhythm to Disney movies. This was the last film Walt Disney oversaw before his death, and yet its influence can still be felt in more modern films like Aladdin (1992), which famously built its character of Genie around the improvisations of the late comedic actor Robin Williams.

While Aladdin is not spotlighted in the exhibition, other films from the Disney Renaissance period are, such as The Little Mermaid (1989), Beauty and the Beast (1991), and The Lion King (1994). 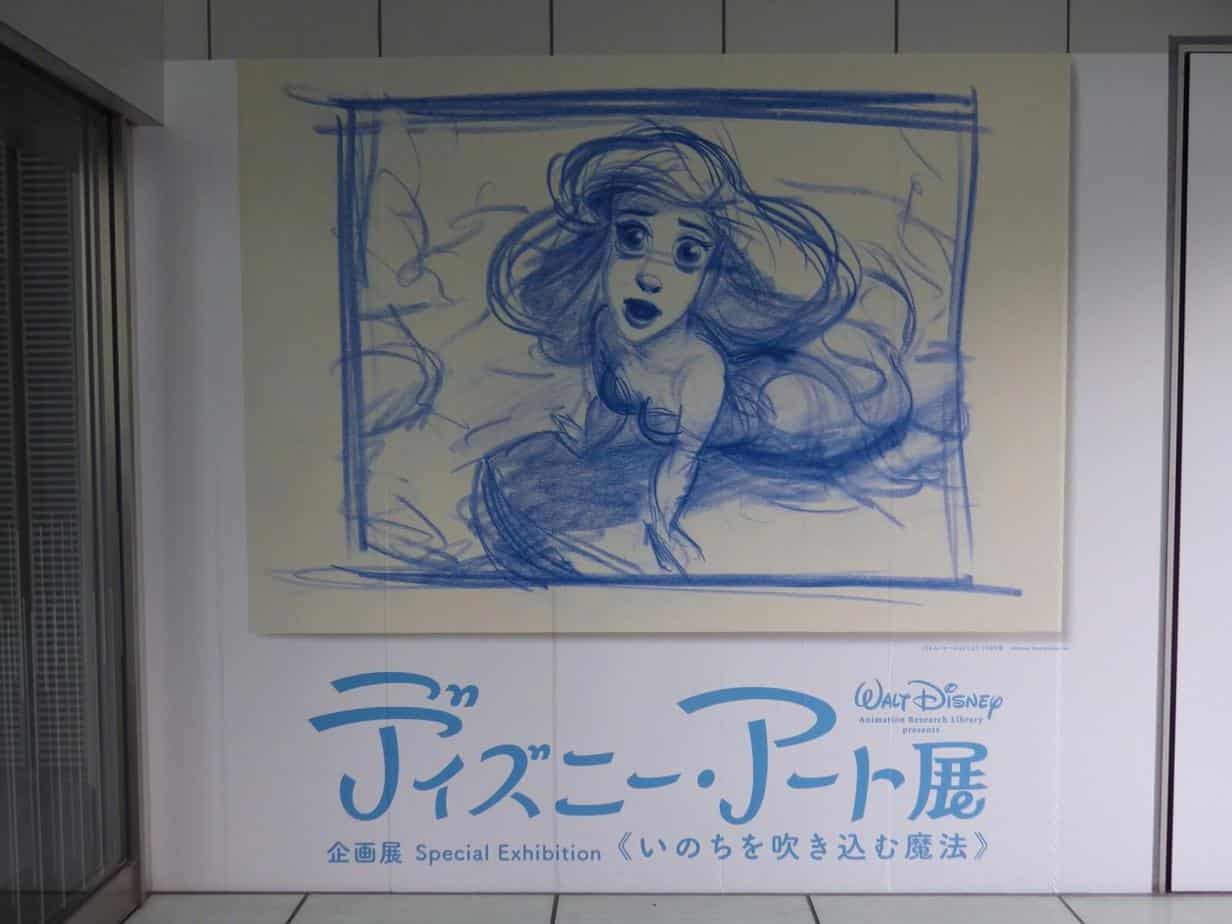 The transition from hand-drawn animation to digital animation is also marked out with sections on CGI films like Frozen (2013), Zootopia (2016), and Moana (2016).

Another great thing about this exhibition is that it is very close to Tokyo Disney Resort. Miraikan is about a 15-minute walk from Tokyo Teleport Station, on the Rinkai Line, which is only a few stops to Shin-Kiba Station. From there, you change over to the Keiyo Line and get off two stops later at Maihama Station.

So if you want to have dinner at one of the Disney hotels (or spend the night and go to Disney the next day), it is convenient. You could also combine it with a Night Passport to one of the parks, or a shopping trip to Ikspiari. 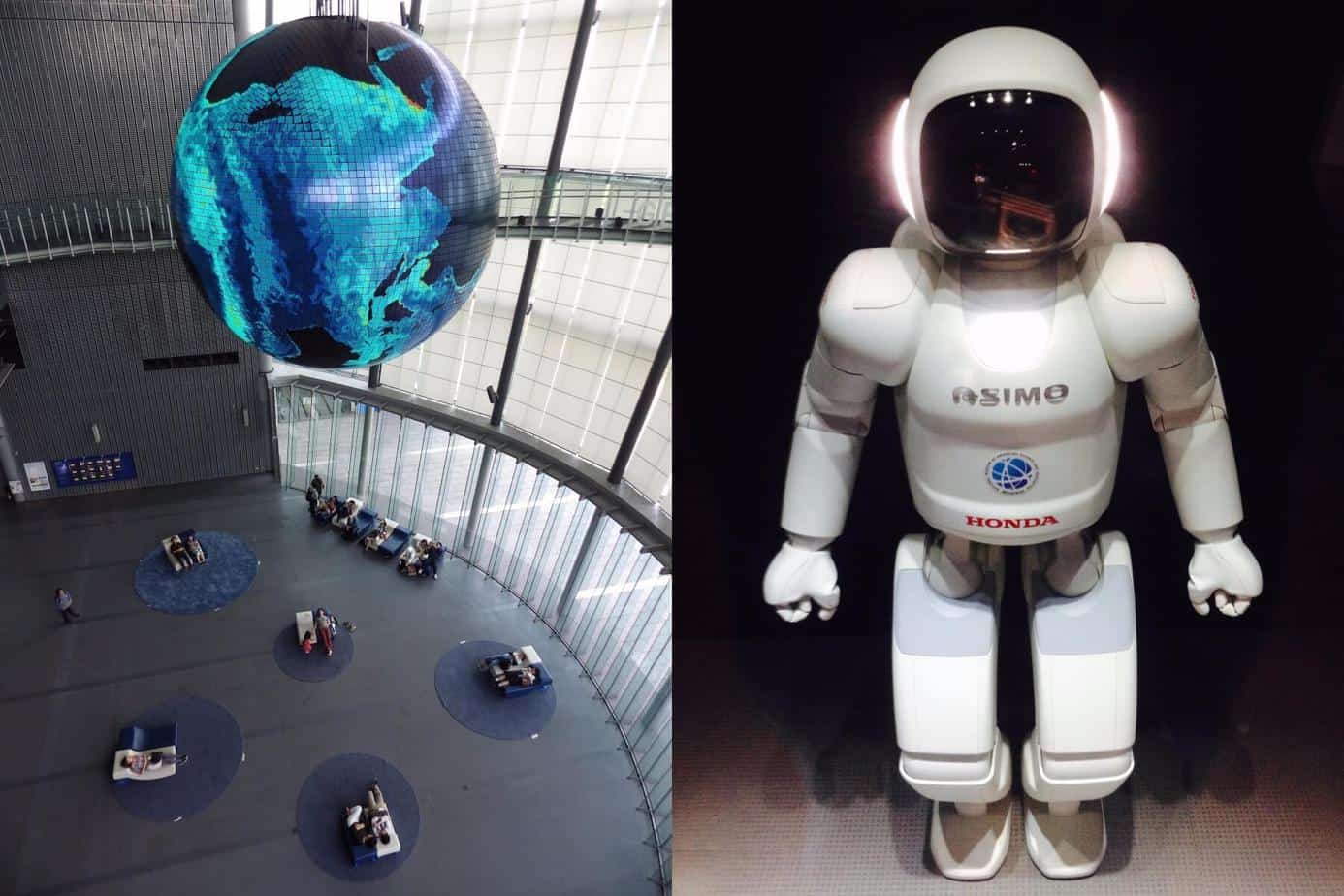 Odaiba itself has a number of worthwhile attractions, too. Alas, the giant Gundam statue in front of Diver City has been taken down, to be replaced with a new one this autumn. But if you are in the mood for robots, look no further than Miraikan. Your ticket to “The Art of Disney” special exhibition should also gain you access to the permanent exhibition there, where several demonstrations are held each day with the humanoid robot ASIMO.

Admission is 1,800 yen. For more information, including the museum’s summer schedule of operations, check out the Miraikan website.