There is no shortage of entertainment at Tokyo DisneySea for Halloween. The two bigger shows are New York Halloween Follies and Welcome Skeleton Friends. One of the lesser known ones is Chip ‘N’ Dale’s Skeleton Fiesta. Our friend @malin1804 gives some more details on this adorable show. For full information on Halloween be sure to read our full guide! 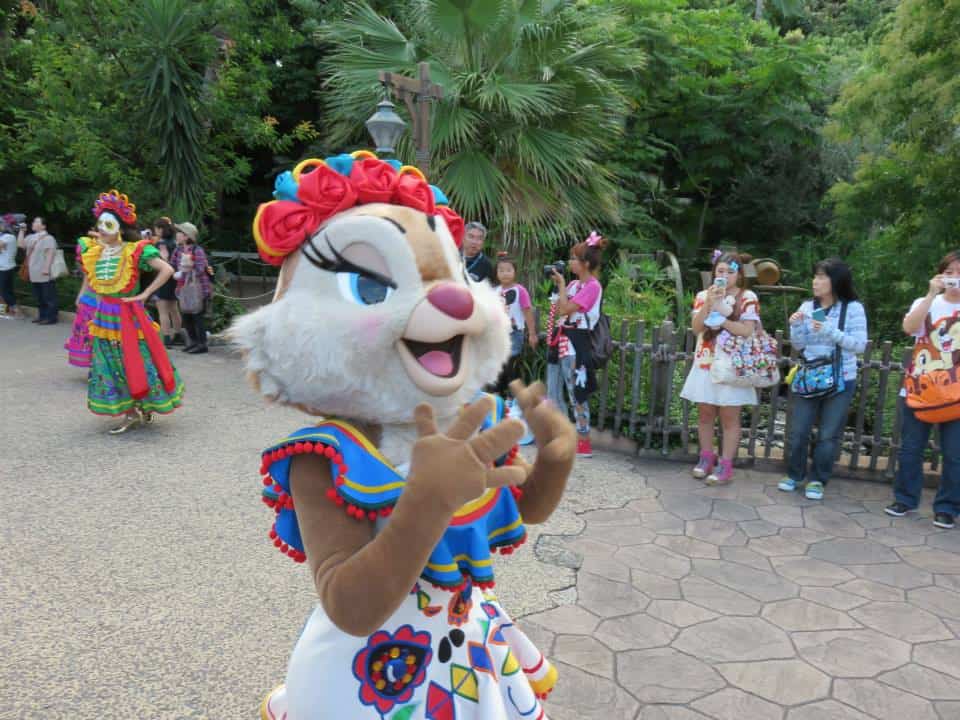 Chip ‘N’ Dale’s Skeleton Fiesta is a Disney take on the Day of the Dead celebrations, which are an annual tradition in Mexico. The cavalcade of colourful costumes, energetic performers and lively Mexican style music is performed each year in the Lost River Delta Port of Tokyo DisneySea. 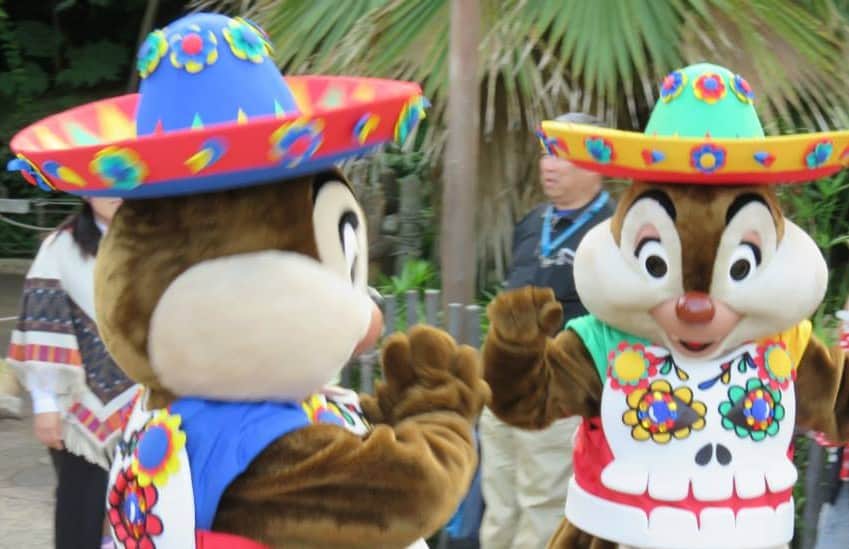 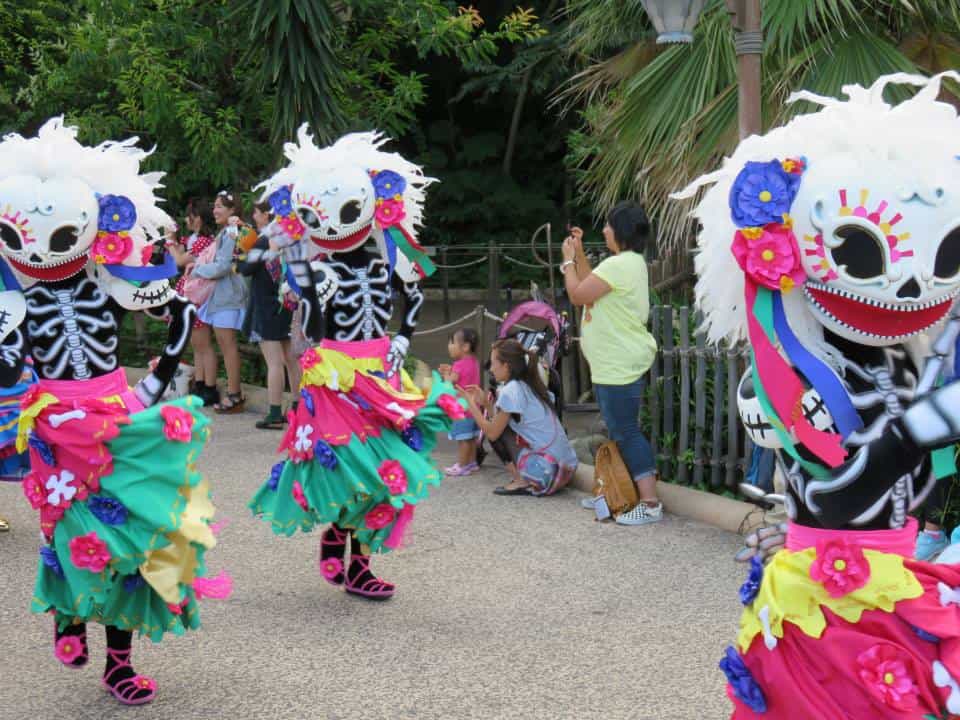 New for this year is the introduction of our favourite Skeleton friends who have taken over the entire Park.Chip ‘N’ Dale along with Clarice are also on hand to get the street party started.
The show is performed three times daily and unlike other Halloween entertainment at the Park requires a minimal wait. I showed up 2-3 minutes before show time and had a front row view. The celebrations kick off on the Port Discovery side of River Delta making it’s way through the land before exiting the other over by Arabian Coast. 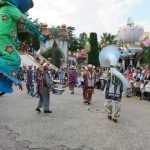 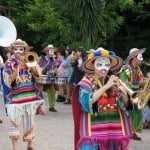 The colours in the show are amazing 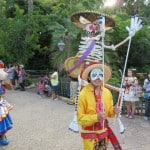 There are even puppets! 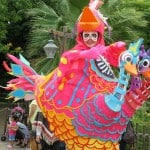 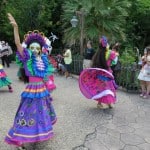 The purple just works with their dresses! 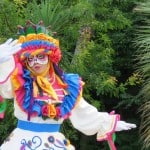 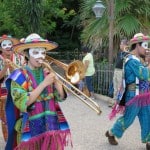 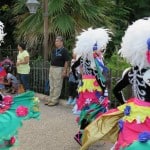 The Skeleton Friends give it a nice touch 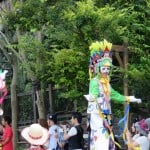 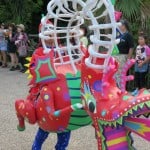 They thought of everything