The popular D23 will be making its return to Japan for three days in 2015. D23 Expo Japan 2015 will take place from November 6th to November 8th in Maihama, Japan (Tokyo Disney Resort).

Ticket and program information is available on the Disney Japan website starting in April.

Themed around “the power of story,” D23 Expo Japan 2015 will bring together fascinating tales from Disney, Pixar, Star Wars, and Marvel.

This is very exciting news, I wonder what they have in store for Disney fans here in Japan (Maybe talk about the expansions at Tokyo Disney Resort). Whatever it is, I am sure it will be fantastic! Here is a quick rundown of some of the items planned.

D23 Expo Japan made its debut in 2013. Be sure to keep your eyes on TDRExplorer for the latest and up-to-date information! 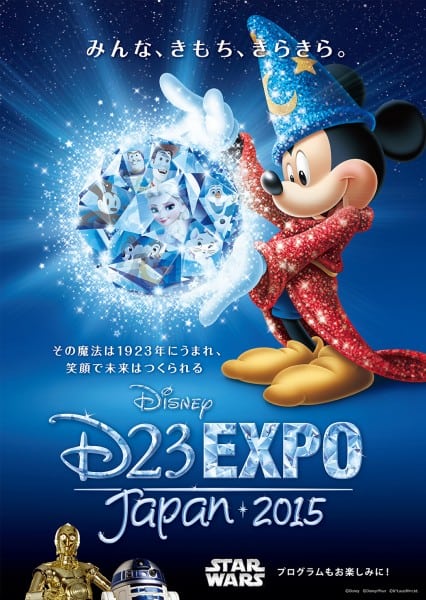