A new guest post by Matt Jones (follow him on Instagram and Twitter). He gives you the details on the newly opened hotel at Hong Kong Disneyland — Disney Explorers Lodge. We plan on having a full review of the hotel next month.

Hello Explorers, great news! Hong Kong Disneyland has the perfect place for you to rest your head — the newly opened Disney Explorers Lodge. The resort’s third hotel brings 750 new rooms, three restaurants, four gardens, a new shop and an outdoor pool to the resort. The hotel is open to guests now and will be hosting a grand opening celebration on May 16, 2017. 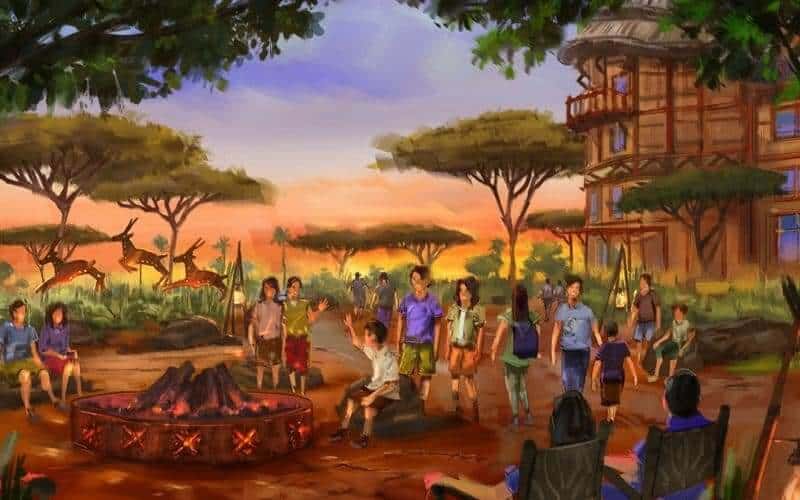 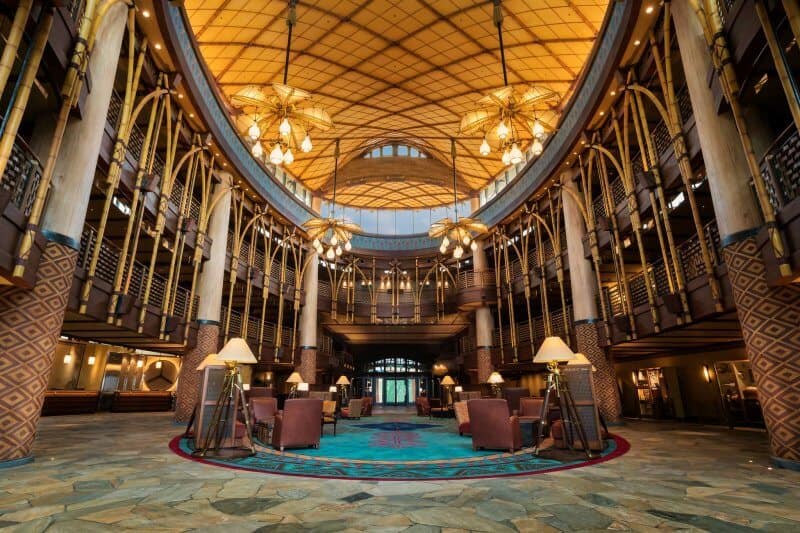 The Explorers Lodge adopts an adventure-loving theme, celebrating the nature, history, and culture of some of the world’s most exotic locations. The hotel’s motto is “ad explorare et somniare” –- to explore and dream.

The hotel’s story is of four explorers who came together to build a hotel inspired by their globetrotting adventures, along with exhibiting nature and artifacts they collected along the way. Hundreds of genuine cultural and historical pieces are on display in the rooms, restaurants, and faculties of the hotel.

Outside, the theme continues with the grounds divided into four gardens, which use beloved Disney films to represent the earth’s most adventurous continents. For Africa, there is Rafiki Garden, named after the wise mandrill from “The Lion King.” Little Squirt Garden represents Oceania, with the help of everyone’s favorite baby turtle from “Finding Nemo.” Asia is brought to life by Hathi Jr. Garden, named for the baby elephant from the “Jungle Book,” and finally, South America and “Up” come together to give us the spectacularly named “Kevin Garden.” 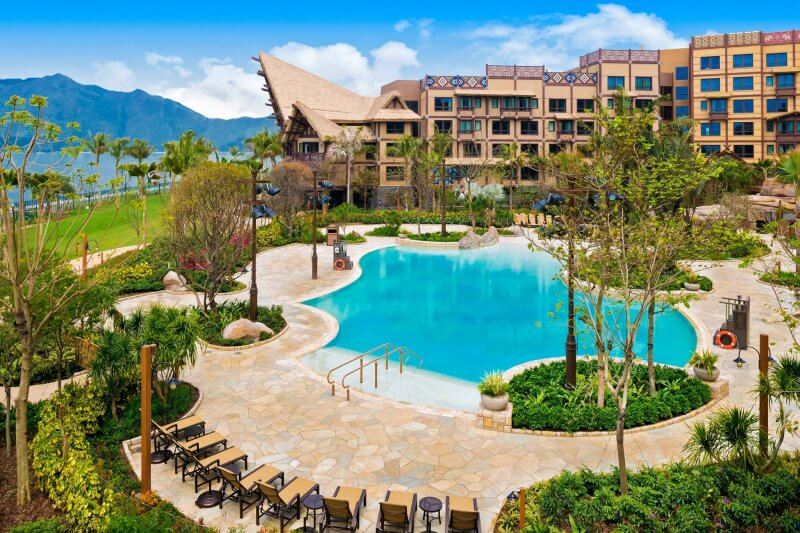 Also outside, the “Rain drop pool” gives guests a place to relax and play with views of the South China Sea. 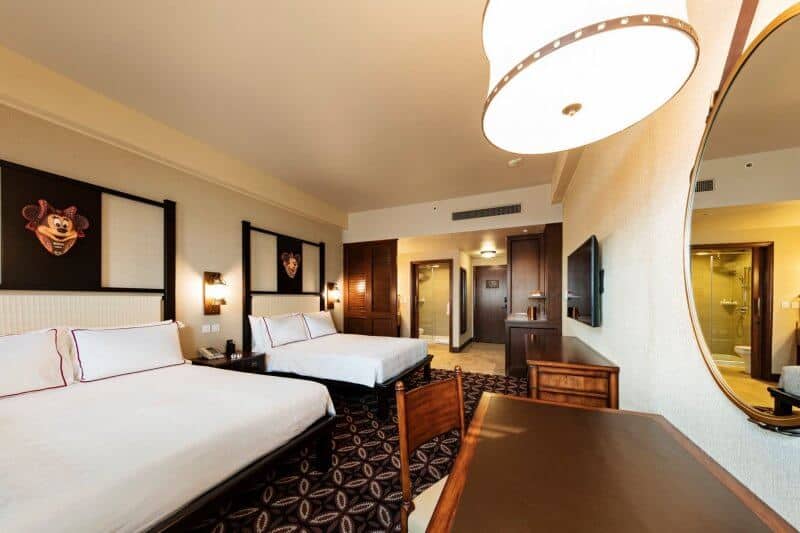 The seven-story hotel hosts 750 rooms, divided into Standard, Deluxe, Premium and Sea View. Prices range from HK$2,200 (US$280) per night for a standard room to HK$2,500 (US$320) for a sea view. All rooms sleep a maximum of 4 guests, and connecting rooms are available.

Three new eateries at the hotel give guests a variety of culinary options in a beautifully themed setting.

Dragon Wind presents a range of rural and classical provincial Chinese dishes and features a striking kite decoration across the ceiling of the restaurant. The World of Color Restaurant brings together traditional flavours from around the world and combines them in new and exciting ways. Finally, Chart Room Café is a relaxing café offering drinks, simple dishes and desserts. The café is decorated with celestial maps and furnished with leather-style explorer’s chairs.

Exclusive Merchandise in a New Shop 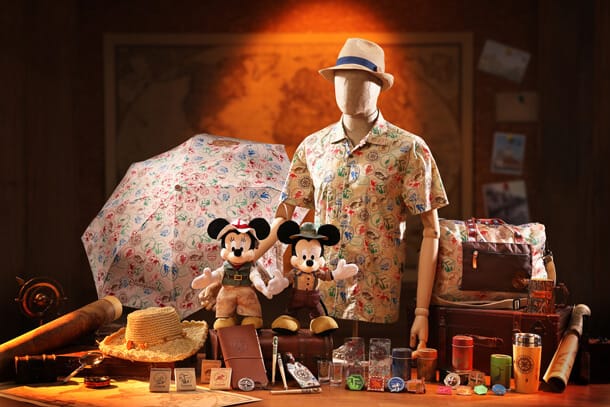 The Explorers Lodge Trading Post sells over 20 exclusive hotel items, as well as merchandise only found at Hong Kong Disneyland. Merchandise is expected to change throughout the year, and now includes Explorer Mickey and Minnie plush toys, as well as hotel-branded kitchen ware and stationery. 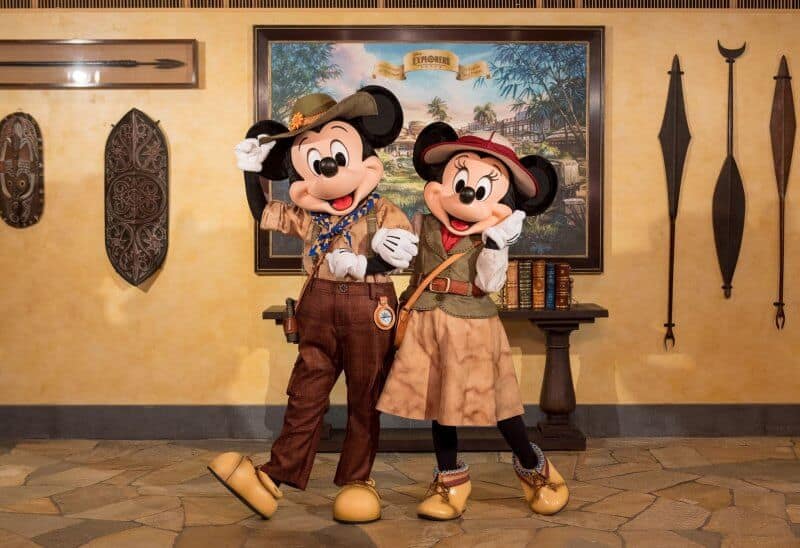 The hotel offers new recreation activities for guests, including exploration-themed craft workshops and character greetings. Also, guests of all three Disney Hotels receive a Priority Admission Pass for selected attractions and seat reservations for stage shows in the park.

The new hotel brings the number of rooms at the resort to 1,750 and is the latest investment in Hong Kong Disneyland, after the addition of Mystic Manor, Grizzly Gulch and Toy Story Land in 2013, and the opening of Iron Man Experience earlier this year. Next up for the resort is a second Marvel-themed ride, this time based on “Ant-Man,” and a new stage in Adventureland hosting “Moana’s Village Festival.” Both are due to open in 2018.

Planning your trip to Hong Kong Disneyland? Read our Ultimate Guide to Hong Kong Disneyland to learn everything you need before your trip, including how to get discount park tickets, where to eat, and where to stay! To learn more about the Disney Parks in Asia, sign up for our weekly newsletter to get the best in advice and updates sent right to your inbox!

All photos and information from the official Hong Kong Disneyland website and press release.