Do you have a favourite Duffy costume you wish you could buy again? In celebration of Duffy’s 10th anniversary “Journey With Duffy, Your Friend Forever”, Tokyo Disney Resort will be re-releasing 3 costumes. Starting November 10th, 2014 until November 28th, 2014 at 12pm, fans can vote for their favourite. The top 3 voted costumes will be made available in 2015. No dates are announced yet.

You can vote once on the official website (Japanese only). There is quite a bit to choose from. Here are the translated menu items from left to right and top to bottom.

Which Duffy costume did you vote for? Here is what we voted for. Let us know in the comments! Keep up with the latest from Tokyo Disney Resort by subscribing to TDRExplorer and following us on Twitter & Facebook. 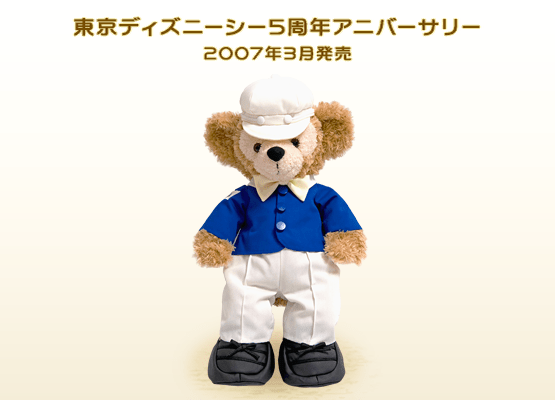 We voted for the Tokyo DisneySea 5th Anniversary Duffy Costume 2007! What did you vote for?