Tokyo Disney Resort held a poll last year where guests voted for their favourite Duffy costumes from earlier years. The top 3 voted costumes made it into the “Encore Collection”. Which gives guests the opportunity to buy these costumes once again during Duffy’s 10th Anniversary. A few months ago the costume that placed 3rd was announced and is now sold at Tokyo DisneySea.

The costume which placed 2nd is available at Tokyo DisneySea starting October 7th, 2015! The “oyasumi” (goodnight in Japanese) costume set was released in 2009 as part of the “Cape Cod Season” series.

My favourite part of the costume are the beyond adorable bunny slippers and the tiny storybook he is holding. I promised myself I would not buy anymore costumes, but this is hard to resist. Will you buy this costume in October? Guests can purchase both the costume and character badge (keychain). 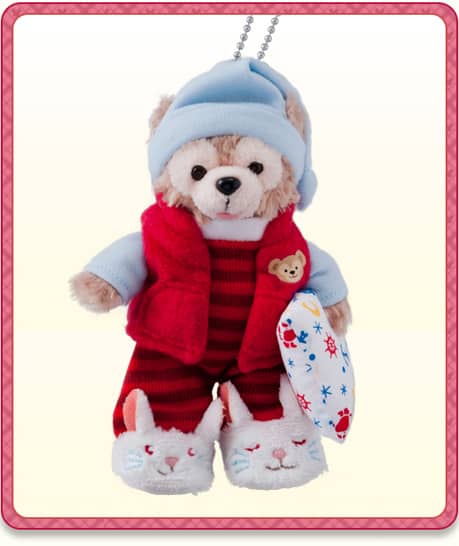 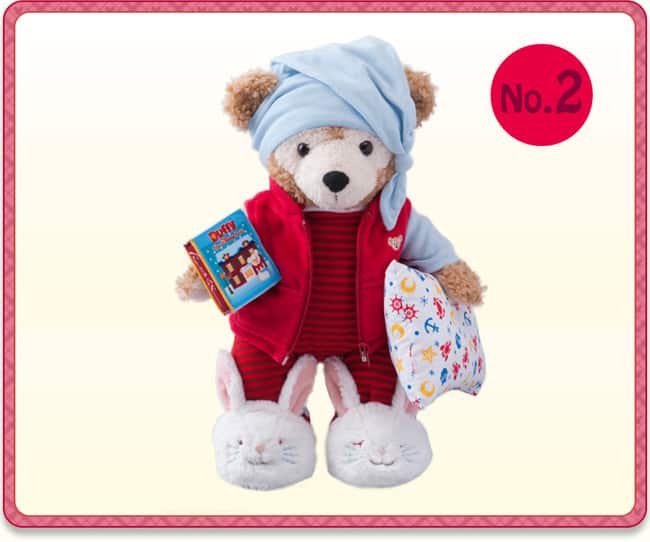