I didn’t know quite what to expect when I came to Epcot as it approached its 30 th anniversary. Well, I mean, of course I knew some stuff. It was the annual Food & Wine Festival, after all, and I haven’t missed Food & Wine since I first discovered it three years ago and got addicted. That lamb chop in Australia; I mean, sweet marsupials, if that isn’t one of the best things you’ll ever eat.

I knew Test Track would be down for an overhaul of its design. I knew Judi Dench would say the word papyrus as aristocratically as possible during the narration of Spaceship Earth. I knew, knew, Spaceship Earth would make me sick. And I knew, of course, I’d mourn Horizons. You’re not an Epcot superfan if you don’t mourn Horizons.

But in terms of actual festivities and celebrations? No real word. I knew there’d be some seminars about the history of the park, and that there’d probably be a tag at the end of IllumiNations, and likely some new merch, but nothing concrete. I’d been conditioned by the company’s reaction to the 25th anniversary (and conditioned by the charmingly rage-filled Internet message boards) to expect nothing major … so what I got was a bit of a pleasant surprise. 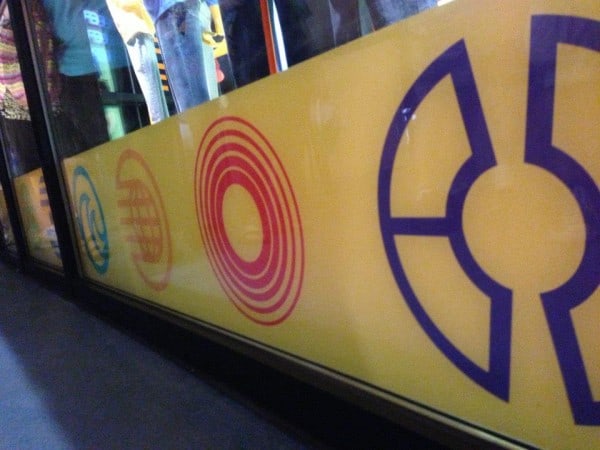 Much of Epcot’s long-standing mystique and ongoing popularity is fan-based, which is why it makes sense that a lot of the celebration was similarly fan-centric. One of the most intriguing fan events was a project called Horizons: Resurrected, the brainchild of designer and technologist Chris Wallace. He and his agency The SuperGroup, has for years been working on creating a simulation of the original Horizons experience. Wallace’s ongoing efforts are refreshing in light of an Internet culture that not only laments the loss of “old Epcot” (or, almost invariably, “old EPCOT Center”), but spews horrifying invective against anything Disney does that is not fervently reverential to the good old days. Wallace and The SuperGroup essentially said, “We loved Horizons and miss it; let’s have some fun reconstructing it.” It’s a way of honoring something so many fans miss while also holding fast to Walt Disney’s command to “keep moving forward.”

The morning of October 2nd, instead of arriving at Epcot hours before the park opened to take part in undefined activities (as some did), my compatriots and I headed to Ballroom K at the Contemporary Resort to take place in the immersive Horizons: Resurrected experience. Once there, I was led into a small, dark room and instructed to put on a pair of homemade 3-D glasses and sit in front of a homemade mini-IMAX screen. Even before the simulation began, it was an impressive DIY setup; once the show started, though, I forgot all about being impressed by the why and lost myself fully to the Oh my God, this is really happening.

Some of the elements from the original ride were missing – in general, you don’t see any Animatronics, and some of the scenes haven’t been rendered yet – but I was completely transported. The best parts were, almost obviously, the fact that the orange Smellitzer smell actually worked as the scene drifted past the orange groves, and way you could choose your own ending – just like on the original ride, only now with the aid of an iPad. That’s what I mean about moving forward: something like Horizons: Resurrected, and the actual Epcot simulated experience The Sum of All Thrills, gives me hope that someday, Epcot could “rebuild” its old attractions using technology we happen to know about. After the experience, me and my friends were given Horizons: Resurrected T-shirts, and pins in the shape of the original Horizons ride vehicle, because who doesn’t love pins? 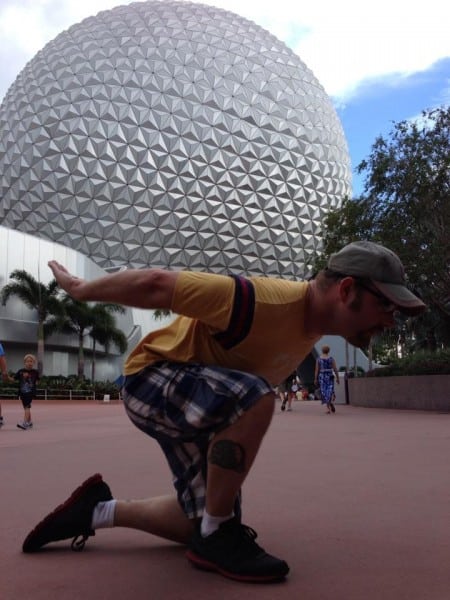 Speaking of: remember how I mentioned merchandise? Boy howdy, was there merchandise. Inside Epcot, at MouseGear (which should honestly just change its name to MouseGears, given not only the general population’s inability to not pluralize, but also the fact that it sounds way more steampunk), lines for merch snaked out the door and into Innoventions Plaza all day long. There were unique pins and sets, including a Passholder Pin with Mickey and Minnie in spacesuits floating around a cut-class representation of Spaceship Earth, a few pixilated Figment pins, a unique nesting-box set featuring Disney characters and Epcot attractions, and a cool monorail patch-and-pin set. There was a really nifty “toothpick holder” (read: shot glass) set, featuring classic Epcot pavilion logos from Wonders of Life, Horizons, World of Motion, and Spaceship Earth. Maybe the best merchandise was the T-shirt selection; a lot of it, as usual, focused on the park as a whole (especially “opening day” stuff; the gray Epcot 82 shirt is fantastic and sadly sold out too quickly for me to get one) or on Future World, but Disney surprised us all by offering T-shirts from each of the World Showcase pavilions, as well. With retro fonts, a worn-heathered look, and an early-80s feel to the art, these shirts got right to the heart (and wallets) of why people love Epcot so much. (I got the American Adventure shirt, because duh). 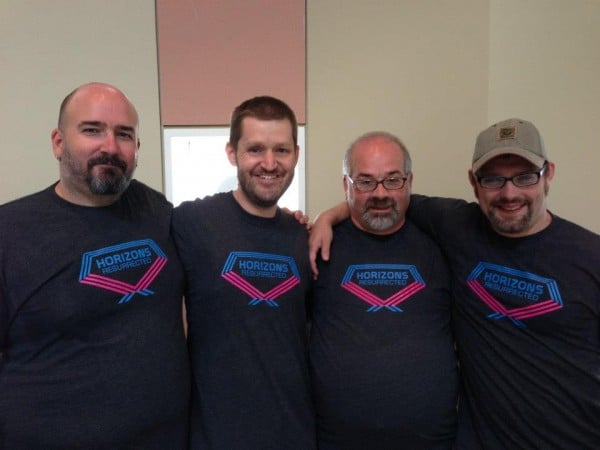 In addition to the paid merchandise, Epcot was giving away (for free!) souvenir buttons and anniversary maps. The buttons were sort of plain, with a Spaceship Earth background saying “EPCOT30” and “October 1, 2012” in Classic Epcot typeface. The map, though, was exciting. Not just a reproduction of the Opening Day map (like Disney produced for the park’s 25 th anniversary), but a look at the history of the park map, focusing on key years of the park’s evolution: 1982 (opening day), 1983 (when Horizons opened), 1991 (Morocco and Norway added to World Showcase, Wonders of Life in Future World), 1993 (first Flower & Garden Festival), and 2000 (IllumiNations debuts). The map is really nifty, and it’s a good way to recognize the park’s early history while also showing some important and exciting changes over the years.

As night descended on Epcot, folks started getting excited about IllumiNations: Reflections of Earth. It seemed certain that there’d be a change to the show, but what change? A tag seemed likely. Dessert parties, including the incredibly fun Selgapalooza (run by Twitter superstar Jeff Covello, aka @TurkeyLegJeff), sprung up all over World Showcase Lagoon. The regular show was, as usual, beautiful and moving … and then Epcot unleashed lunatic fire in the sky. 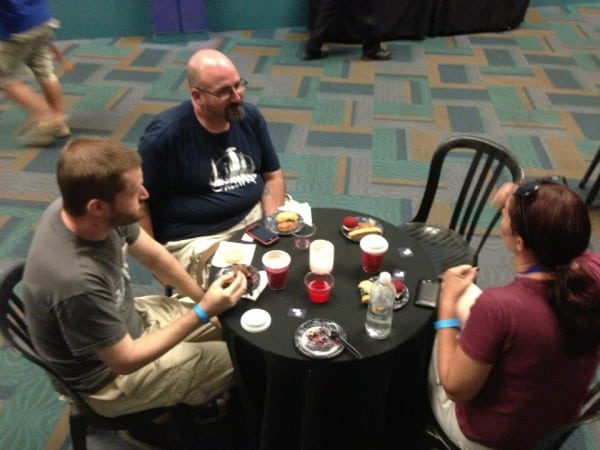 The fireworks didn’t stop. They shattered the night in a nonstop cacophony, bombs bursting ever-brighter in air. They reached such a fever-pitch of decibels and constancy that by the end, I thought I might be losing my mind. My friends gathered round and we all cheered, and as the last firework crackled out into the dim over World Showcase Lagoon, we raged against the dying of the light.

Ah, but if that was a feast for our eyes, now came the ears. As the lights around Epcot gradually grew brighter, song started floating up out of the ether. Out of the past. “If we can dream it, then we can do it, yes we can…,” children’s voices sang. It was the Horizons theme song, drifting over us, into us, and as we made our way back to Future World, we sang along.

After the Horizons music came “Makin’ Memories,” from Magic Journeys. We danced around World Showcase, arms around each other, singing along. As we reached the entrance to Future World, we saw a group of people in a circle, dancing like hippies to “Listen to the Land.” Without any hesitation, my friend Joe and I ran up and linked hands with all of them, skipping and singing and laughing our asses off. 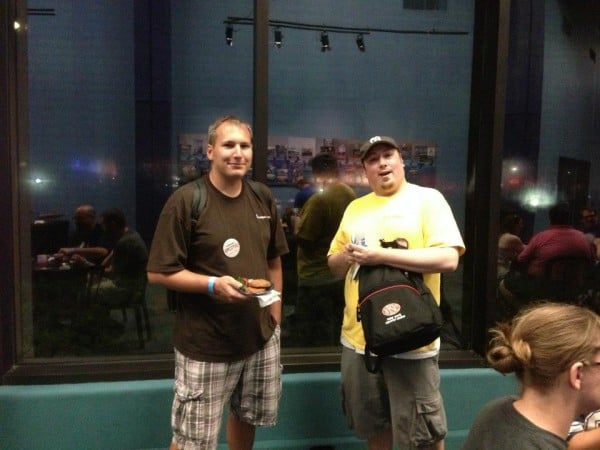 Beyond the merchandise and the cool freebies, beyond the seminars and the dessert parties, Epcot30 was a way for Disney to honor its past, yet still keep moving forward into its future. Matt and Nate of the venerable WEDway Radio podcast argue that, while the ongoing realities of Epcot are far different than those at its beginnings, that doesn’t necessarily make them any less viable. Proof point is the fact that, while Disney celebrated its early days, the current (and very popular) Food and Wine Festival was ramping up for another fantastic year.

Things come around full circle. As luck would have it, my friends Joe and Marty and I caught the last tram of the night leaving for the Discover parking lot. We bundled in and Joe stole a glance or two back. “Pardon me?” he asked the older gentleman sitting behind us, “but are you Ron Schneider?” The man smiled, and only then did I know. “Yes I am,” he said, and just like that we were riding along with the original Dreamfinder. Joe beamed, illuminated by this man who had made such an impression on him as a boy. One little spark, indeed. 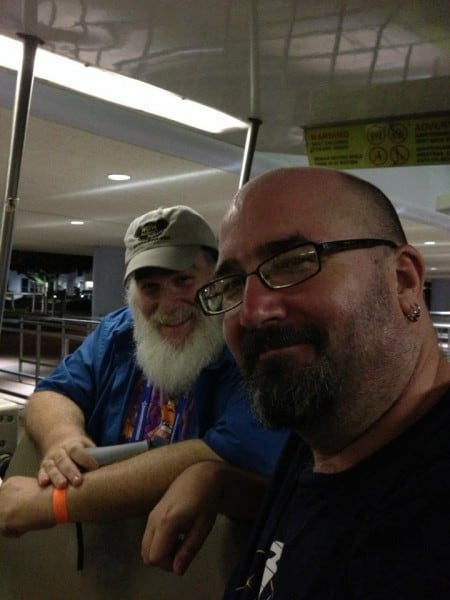 As the tram made its way away from the parking lot, I glanced back at Spaceship Earth as I always do, glittering in the evening dark. Earlier, it had been projecting alternating images of the current and the original Epcot logo, and for a moment, I stopped and just stared up at that globe, feeling honored to be here, feeling here – more than at any other Disney park – that its past is still alive, and that I can reach out and grab it whenever I want to. If we can dream it, we really can do it.