Japanese Park maps at Tokyo Disney Resort are painstakingly detailed than the English counter parts. If you want a cheap (aka free) souvenir then make sure to pick one up at the turnstiles. If you missed the maps from January, then be sure to check out part one & two. 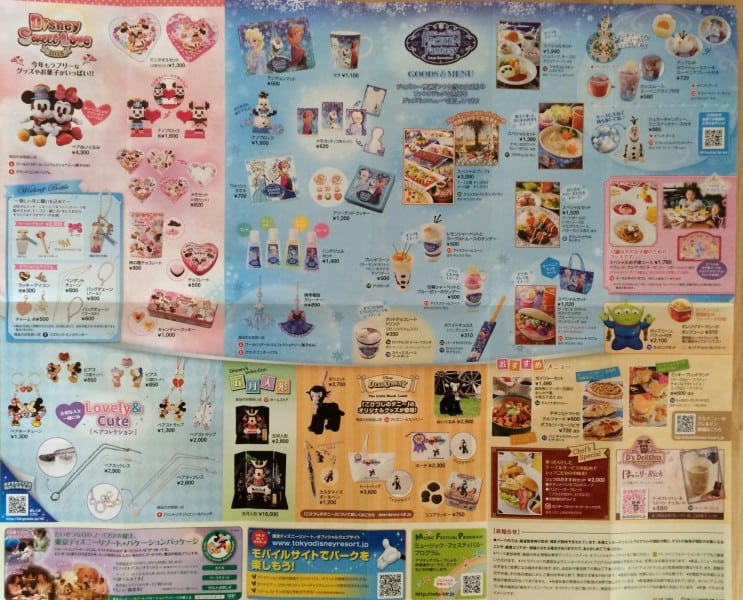 Featuring merchandise from Frozen Fantasy, Sweet Love 2015, and even Danny the Lamb!

Information regarding Sweet Duffy 2015 and the Donald Duck treasure hunt! 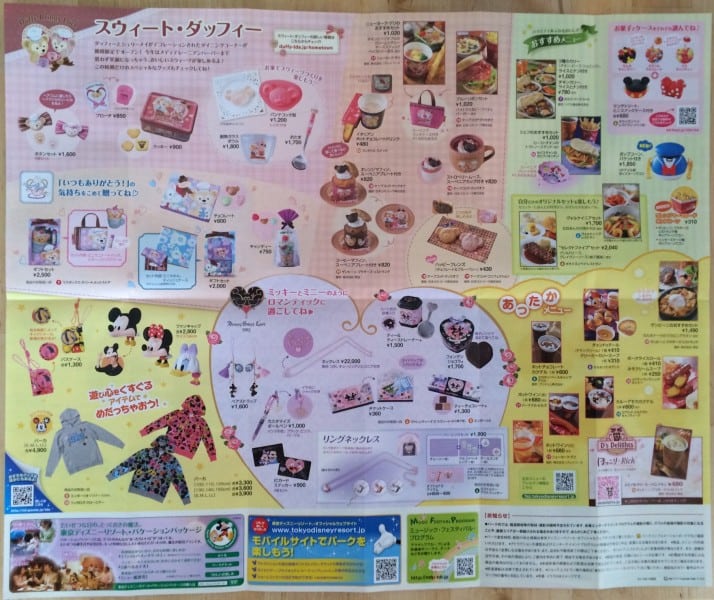 The inside features available merchandise and delicious food for Sweet Duffy 2015.