2018’s event looks set to be the best yet, with the addition of two of Japan’s biggest franchises, “Final Fantasy” and “Sailor Moon”! 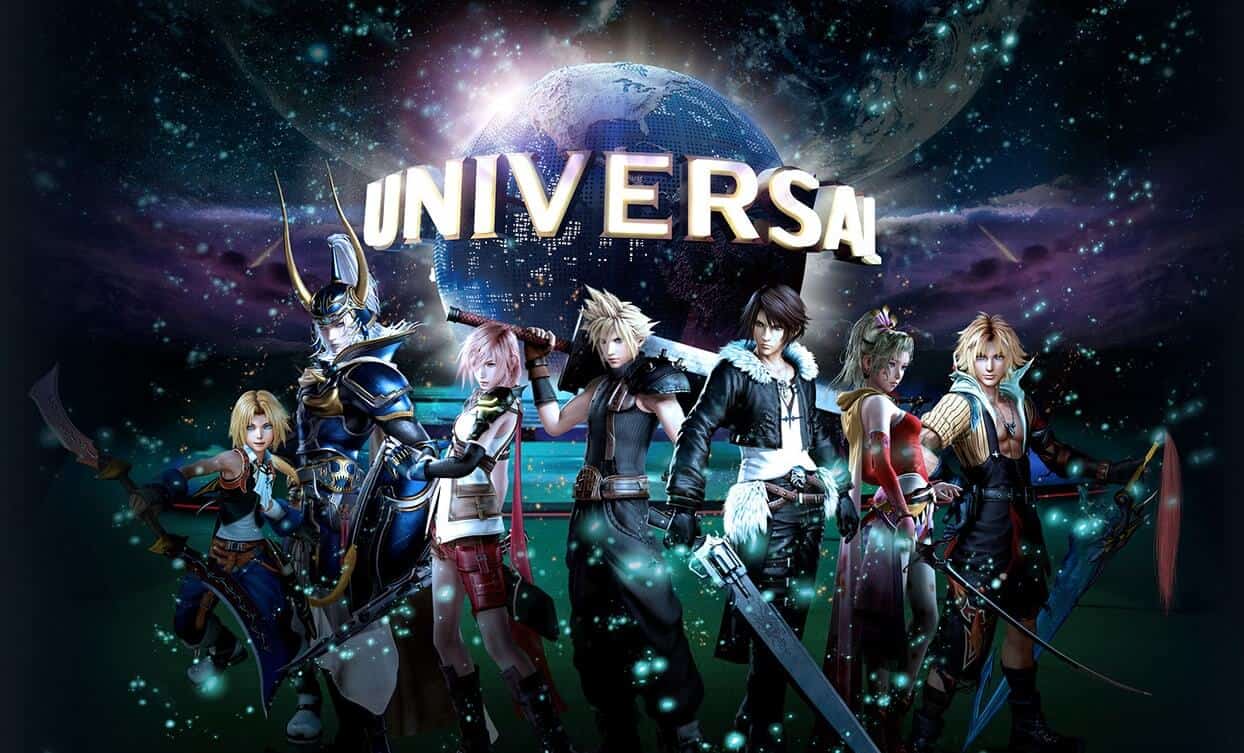 The new “Final Fantasy XR Ride” is a VR upgrade to one of the park’s rollercoasters, taking fans on a high-speed adventure through 30 years of Final Fantasy. The developer of the games, Square Enix, is producing the visuals for the ride and will be including fan-favourites Cloud (FF9), Lightning (FF13), Zidane (FF9), and the Warrior of Light (FF1).

Final Fantasy artist Yoshitaka Amano has even created a new logo for the experience.

It is not confirmed which ride will receive the VR overlay, but last year’s Cool Japan used the aptly names Space Fantasy. For more info on Cool Japan 2017 check out Trish’s Universal Studios trip report in episode 82 of the TDRNow podcast.

Details on the Sailor Moon attraction are not available yet, but from the promo images, it seems like the attraction will feature old-school Sailor Moon and not the art style of the recent reboot. The attraction is set to join the lineup at Cool Japan during spring 2018 and will also run until June 24.

Cool Japan is just one of the ways Universal Studios Japan is upping its game and competing with Tokyo Disney Resort. Recently the park announced its Wonder Christmas event and construction is underway on the new Super Nintendo World, opening in 2020.

Images and information from the Universal Studios Japan website and Japan Today.

Are you planning a trip to Osaka to visit Universal Studios Japan? Be sure to read our guides on booking flights to Japan, buying a Japan Rail Pass, and even how to stay connected with Japanese mobile internet data.