Force Friday is a Star Wars merchandising event that began back in 2015 in the lead-up to The Force Awakens. At midnight on the first or last Friday of September, new books, toys, and other goods related to the upcoming Star Wars movie are released worldwide. This merchandise often gives a glimpse of some of the new characters who are set to debut in the latest installment of the Star Wars saga. 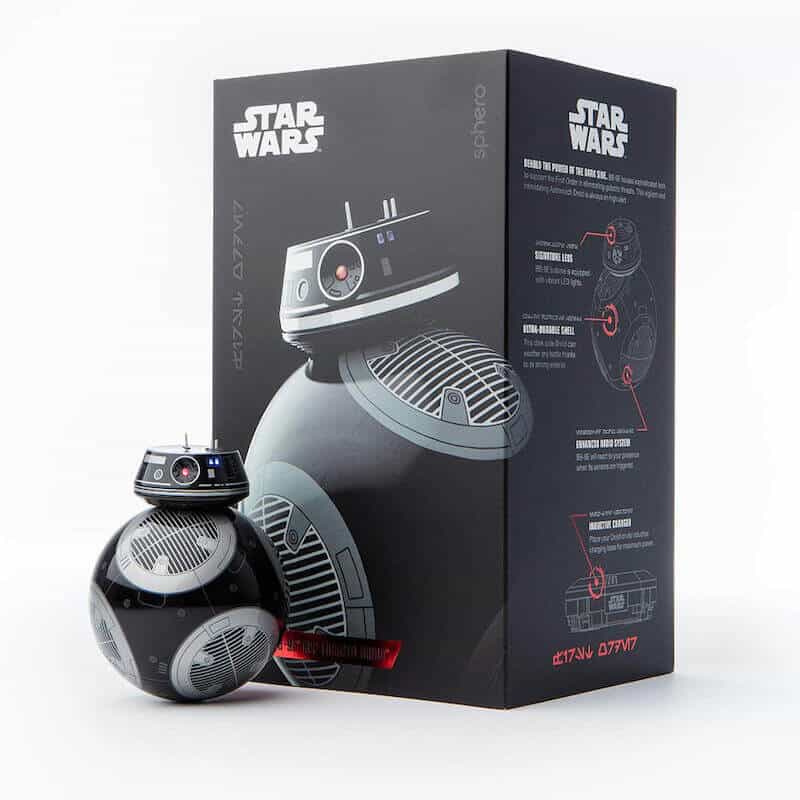 This year was no exception to the new character rule, as fans were introduced to BB-8’s evil droid doppelganger, BB-9E, via Sphero’s new line of app-enabled droids. These droids are real, working units, which can be remote-controlled using an iOS or Android device.

StarWars.com describes BB-9E as “the First Order’s rolling menace.” The character is due to appear in Star Wars: The Last Jedi, which hits theaters in Japan and the U.S. on December 15th. But if you cannot wait that long to meet him, Amazon.co.jp and other global retailers already have him in stock. 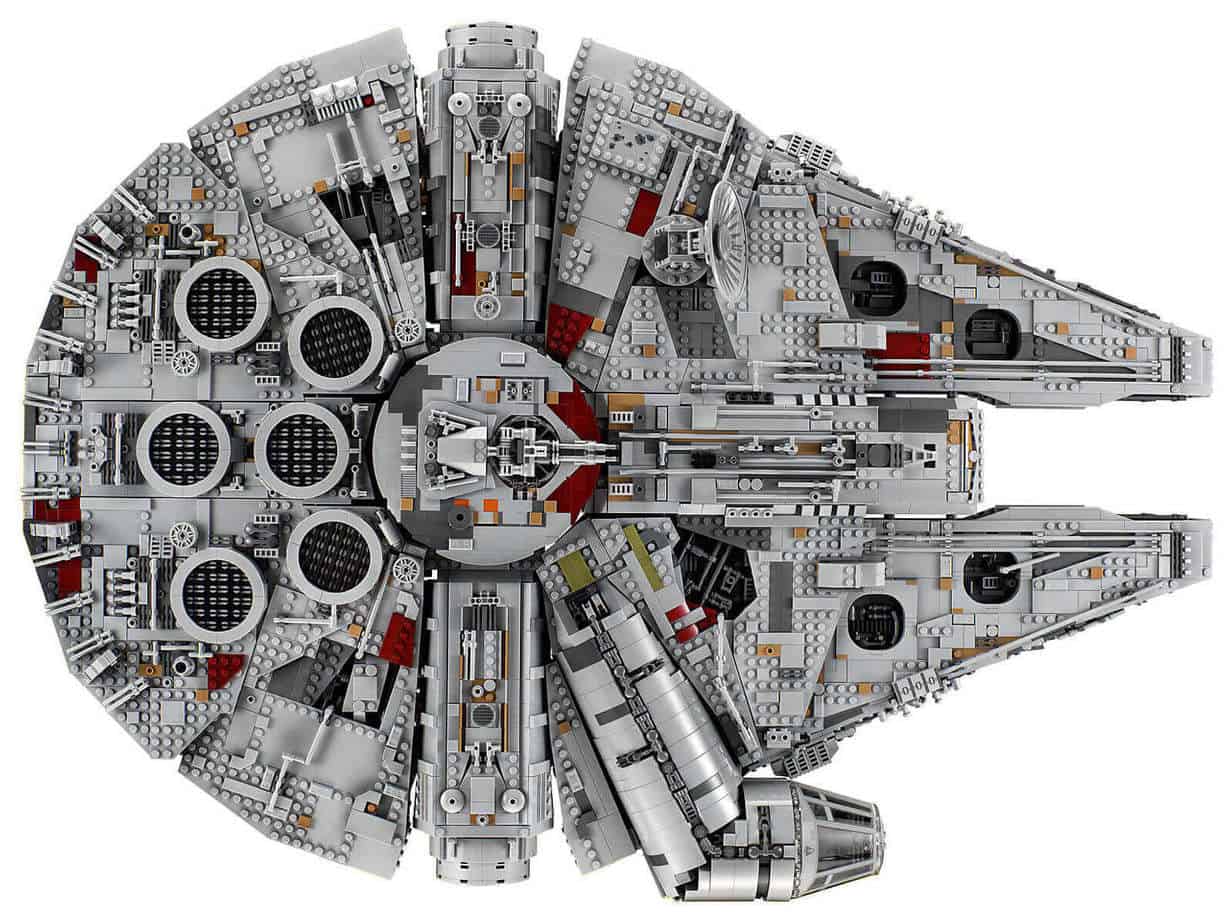 As part of Force Friday, the Lego company also announced the release of its biggest, most expensive set of all time: a Millennium Falcon set constructed out of 7,541 pieces. Available to the general public starting October 1st, this set will fetch the whopping price of $799.99USD (about ¥88,200JPY). Previously, it was Lego’s Taj Mahal that held the most pieces of any set—5,922 pieces, to be exact.

For many collectors, the crown jewel of Star Wars merchandise continues to be Hasbro’s 6-inch line of Star Wars: The Black Series action figures. In Japan, these figures are distributed by Takara Tomy. You can find them on the shelves at stores like Kiddy Land Harajuku in Omotesando, or at branches of the Yodobashi Camera chain, such as the main one on Shinjuku Electric Street.

This year has already seen the release of a neat 40th-anniversary collection of figures, complete with retro blister packs designed to look like the vintage Kenner ones from the late 1970s to mid-1980s. But on Force Friday, the first wave of figures tying in with The Last Jedi also went on sale, giving fans a chance to scoop up their own bearded Luke Skywalker – Jedi Master figure, among others. 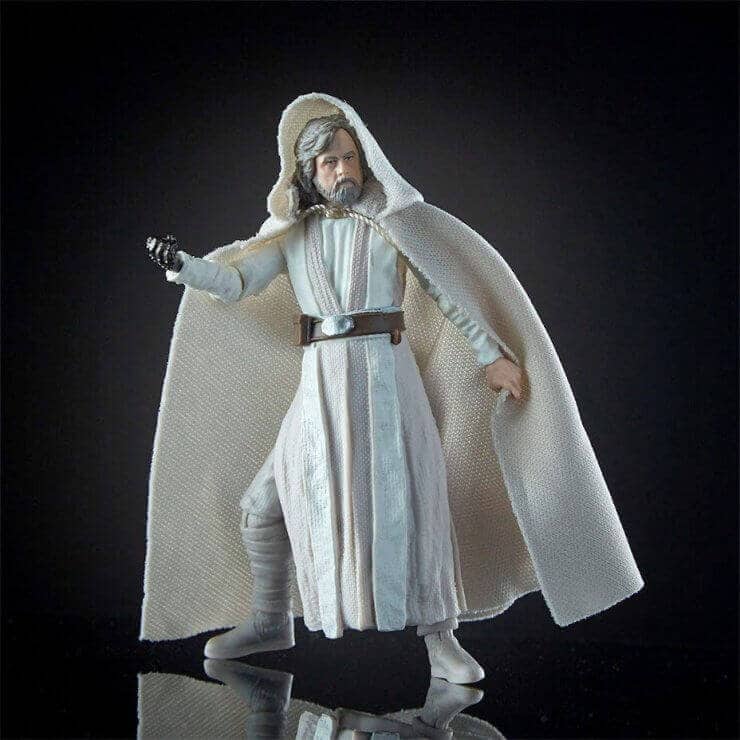 Not to be outdone, the Disney Store also has its own exclusive series of die-cast Star Wars figures, dubbed the Elite Series. This series also has more figures on the way, though, in Japan, the Disney Store began September by pushing its new slate of Halloween merchandise. It appears to be more focused on that for now. Locations like the one in Shibuya are usually overflowing with Star Wars Tsum Tsums; however, in the coming months, fans can probably expect to see some of these new Elite Series figures pop up among the older figures that are already in stock.

Meanwhile, Bandai’s Tamashii Nations imprint continues to serve up Star Wars with a Japanese twist. Reimagining bounty hunters and Imperial Forces as ronin and samurai clad in period armor, its Meisho Movie Realization collector’s brand of figures will see three new additions this December. The figures, which include an all-black Covert Shadowtrooper and an Oni, or Japanese “Demon,” Darth Maul, are now on display in the company’s Akihabara showroom. 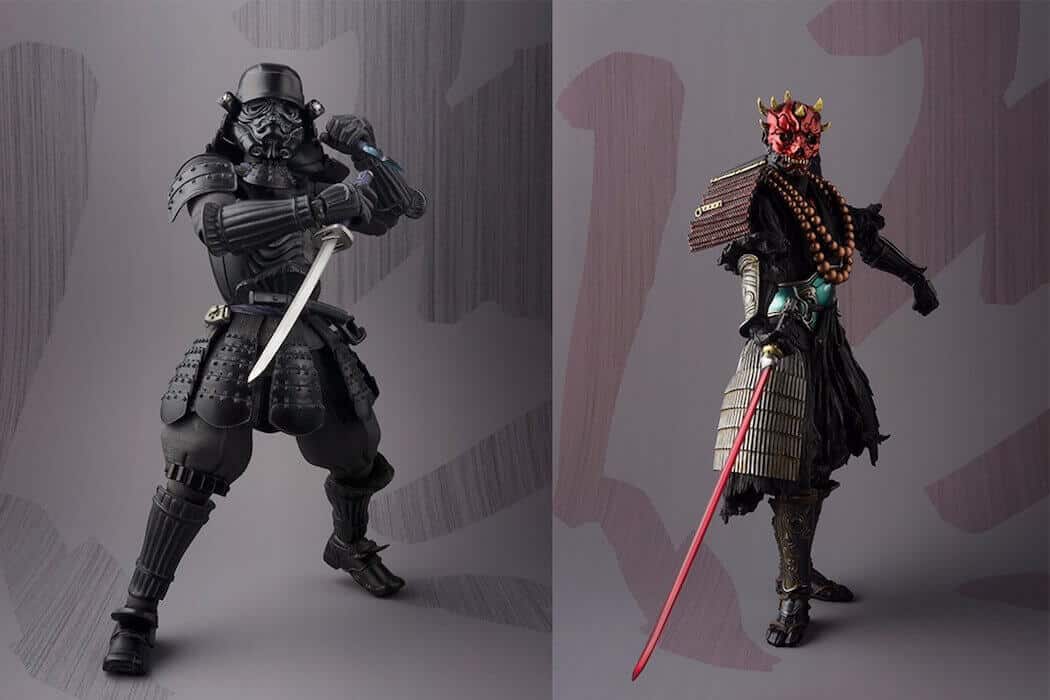 Elsewhere in Tokyo on Force Friday, Star Wars diehards flocked to locations like Shibuya Loft, Tsutaya’s Daikanyama T-Site, and the Toys “R” Us in Sunshine City, Ikebukuro for the midnight launch of new Star Wars products. As a crowd control measure, numbered tickets were issued, and you could only enter the store when your number was called. Basically, this event was the Star Wars equivalent of a new Duffy friend being released at Tokyo DisneySea.

For the three aforementioned locations and others across the globe (including Toys “R” Us stores in Japan), Force Friday carried over into a 3-day event, with a special augmented reality promotion called “Find the Force.” Over the course of the weekend, fans could go on a treasure hunt inside stores, using the Star Wars app on their mobile devices to scan the “Find the Force” logo and reveal new characters in AR.

If you missed this event, never fear, as Disney and Lenovo will have a new AR Star Wars game on the market soon. As CNN notes, this game will come with its own AR headset and lightsaber controller. Aspiring Jedi will be able to spar with the likes of Darth Vader and Kylo Ren, or kick back and play holochess on a checkered game table like the one on board the Millennium Falcon. 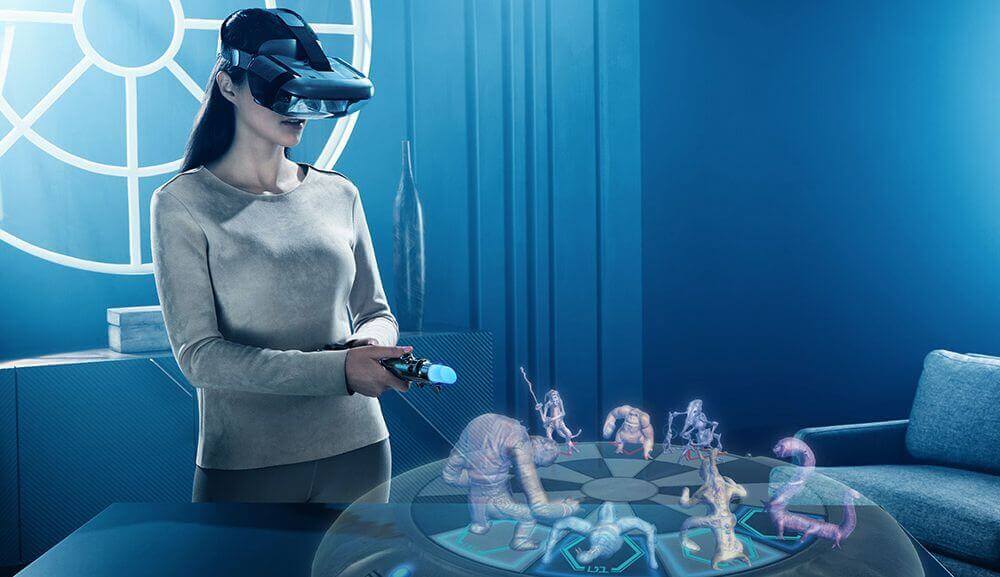 The State of Star Wars Merch in Japan

You can find a list of other Force Friday products on StarWars.com or Disney.co.jp. We have only scratched the surface here. But as Disney and its partners roll out all this new Star Wars merchandise, it is worth noting that back in 2015, Toys “R” Us Japan invested heavily in Star Wars, filling its shelves with deep rows of Black Series figures and even setting up a special “Destination Star Wars” corner in its Odaiba store. 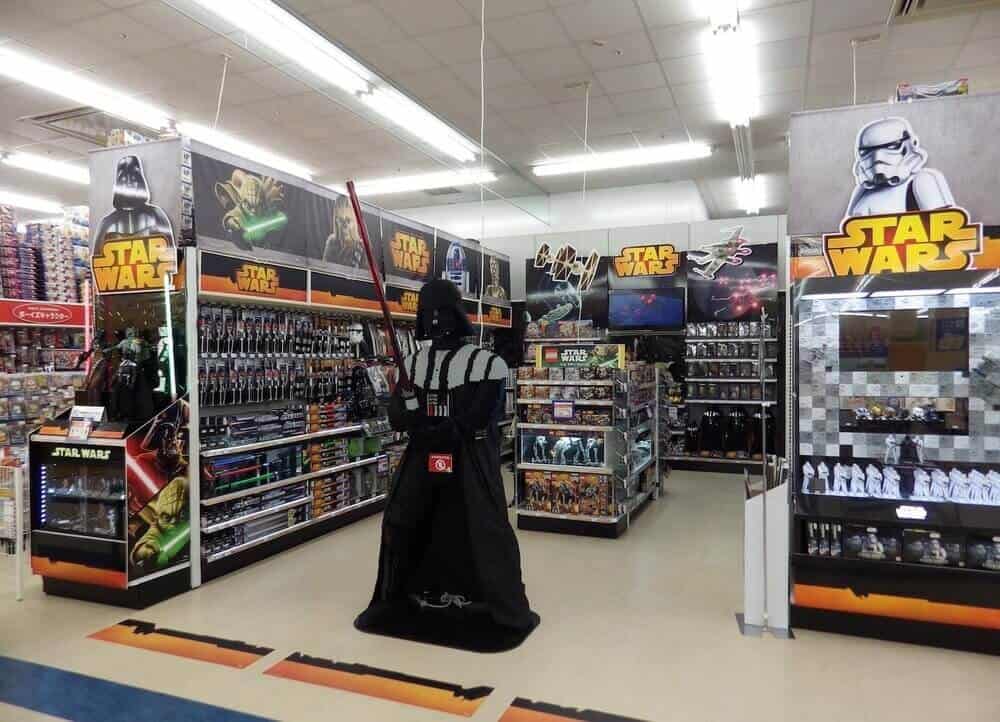 Photo by The Gaijin Ghost.

Two years later, many of those figures are still sitting on the shelf, posting clearance prices. This may be part of the reason why Rogue One had such a reduced presence in stores last year: because chains like Bic Camera and Toys “R” Us overestimated demand the year before, and then they were stuck with a whole lot of leftover toys.

While Star Wars is still enormously popular and only gaining in visibility here in Japan, it does play second fiddle, sometimes, to homegrown Japanese media franchises. For example, though it dominated the box office elsewhere around the globe, The Force Awakens actually sold fewer tickets in Japan on its opening weekend than the sequel to Yo-Kai Watch: The Movie.

This all goes to say that if you are a Star Wars fan living in Japan, or even just visiting, and you want to get in on the shopping action, you should probably head to the store now. Otherwise, some of this nifty new Star Wars merch may already be sold out by the time you get there. And with all those old clearance goods lying around, stores are far less likely to restock the new items once they have sold out.

Featured image via Lego. Follow The Gaijin Ghost on Twitter and learn the ways of the Force.