Anna and Elsa’s Frozen Fantasy returns to Disneyland for the last time this winter. Running January 11 – March 19, 2018, the event will include the Frozen Fantasy Parade, character greetings, and new photo locations based on scenes from the movie.

First up is the return of the Frozen Fantasy Parade. The daytime parade received an upgrade in January 2017 and features all the lovable characters from the movie, specially designed floats, snow effects, and of course “Let it go”! As well as the parade, “Anna and Elsa’s Winter Greeting” will take place in front of the castle, with Anna, Elsa and Olaf singing, dancing and interacting with the crowd.

After nightfall, guests can experience the Frozen Forever castle projection show, featuring special pyrotechnics, fireworks and music from the film. The show debuted at the park earlier this year and will again take the place of the “Once Upon a Time” projection show which finishes permanently this November. 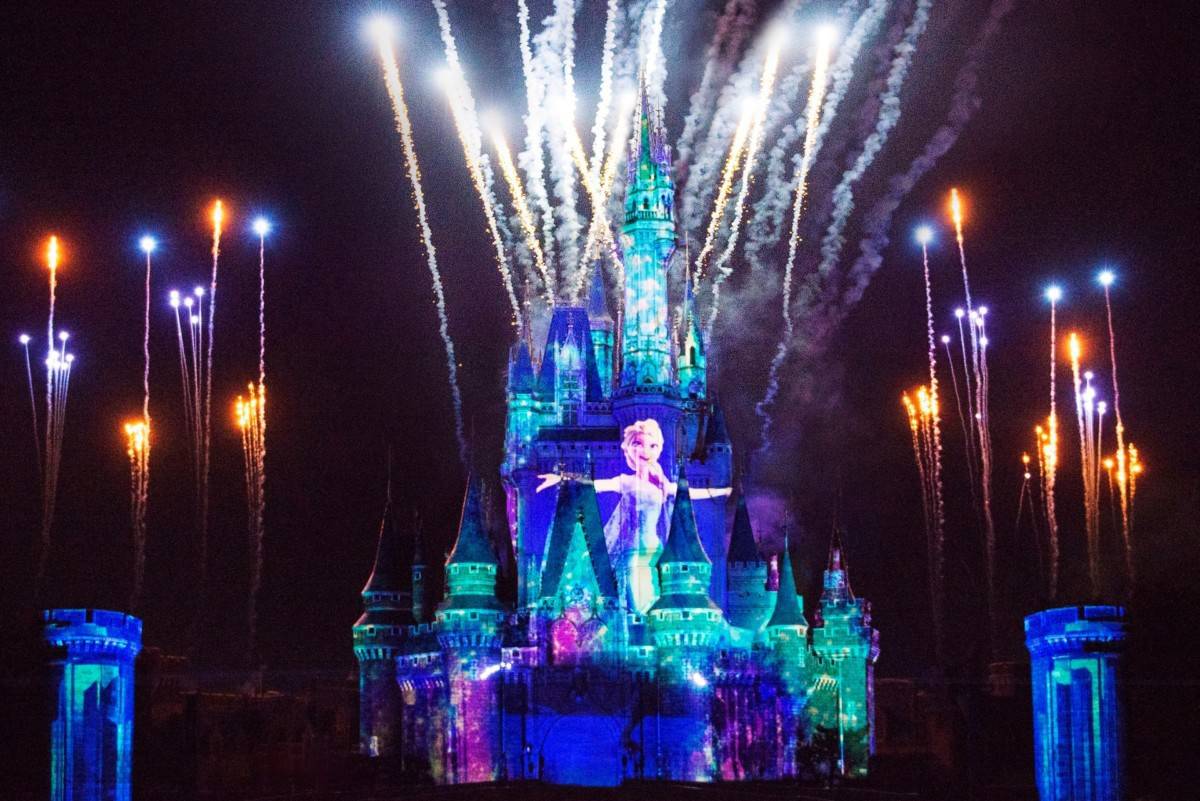 New to the event this year are two special photo locations based on scenes from Frozen. For the first time (in forever, sorry) guests can pose for photographs in Elsa’s ice castle on Plaza Terrace or head to Fantasyland to take photos on Anna’s swing. 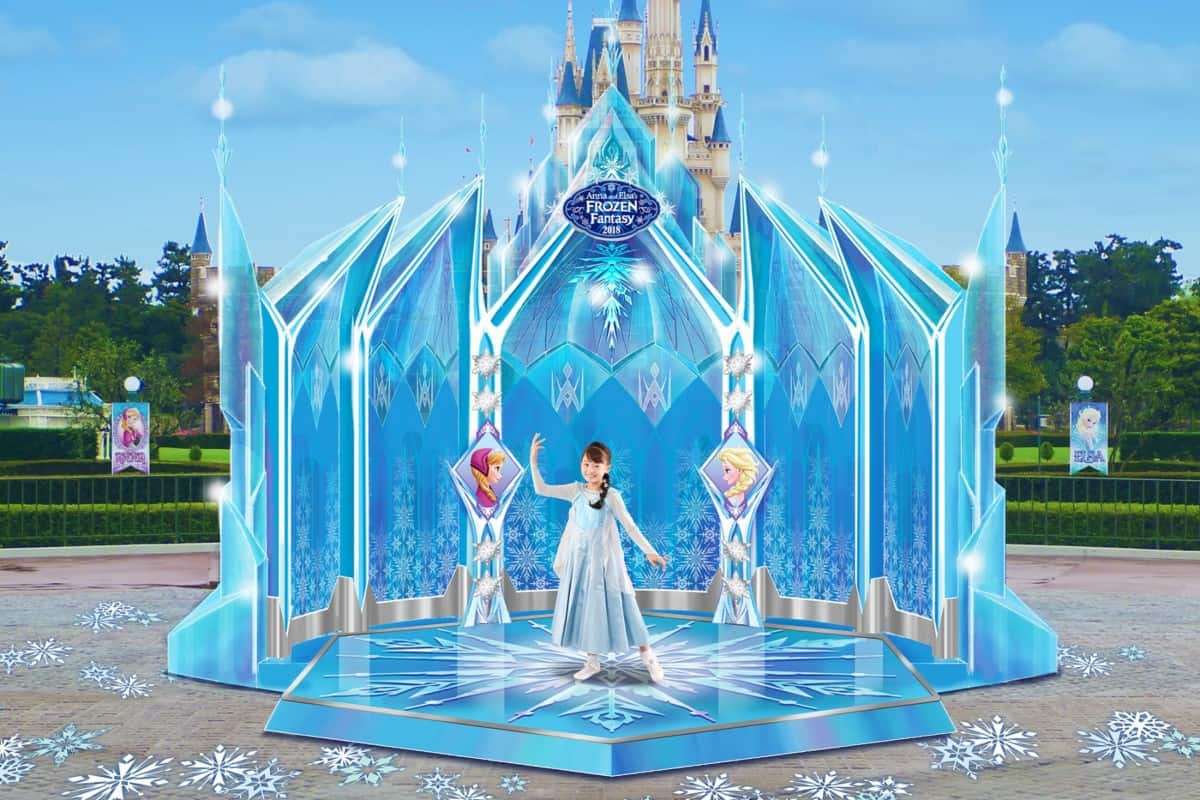 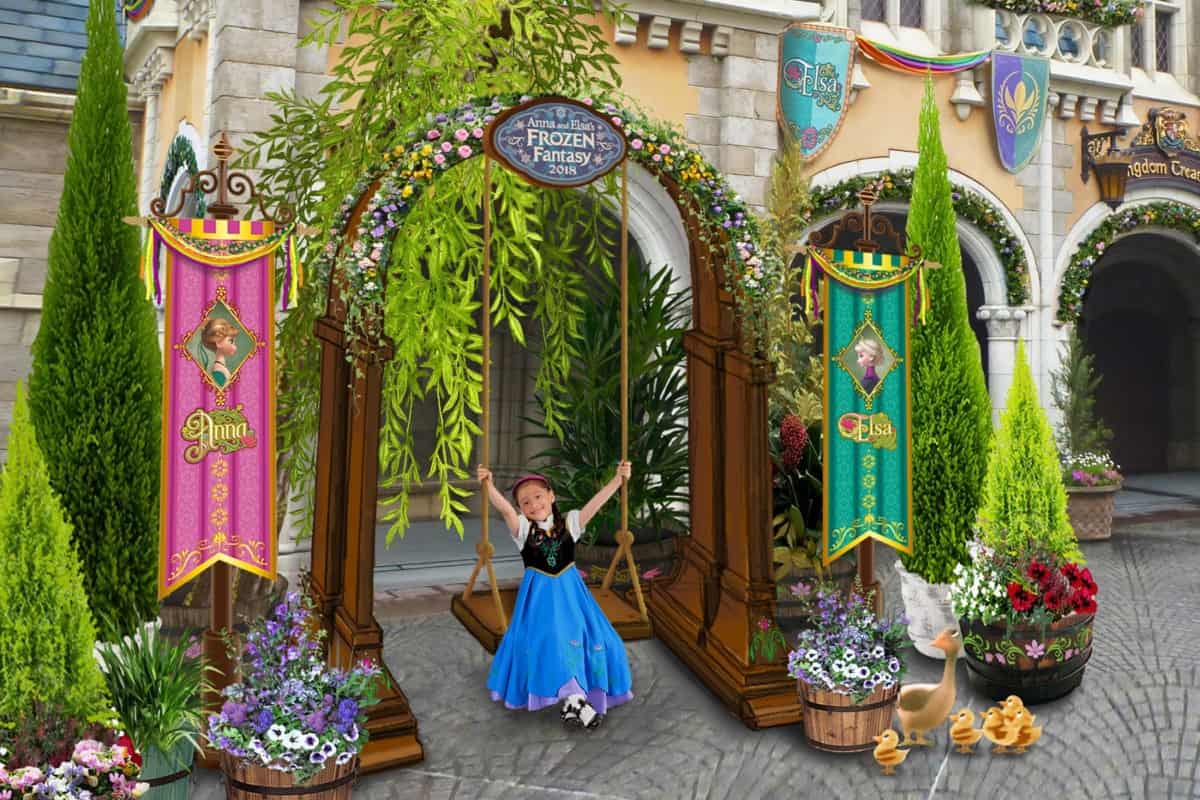 Tokyo Disneyland is releasing a new selection of Frozen merchandise for the event, with varied styles to suit every Frozen fan’s taste. First, there are plush toys, notebooks, and a lighting pendant with artwork in the style of the Frozen movie and Frozen Fantasy parade.

The second style is much more regal and ornate, with mugs, notebooks, and bags for the fanciest Frozen devotee. Finally, there is a super cute “Chibi” style for fans who want their Frozen merchandise extra adorable. 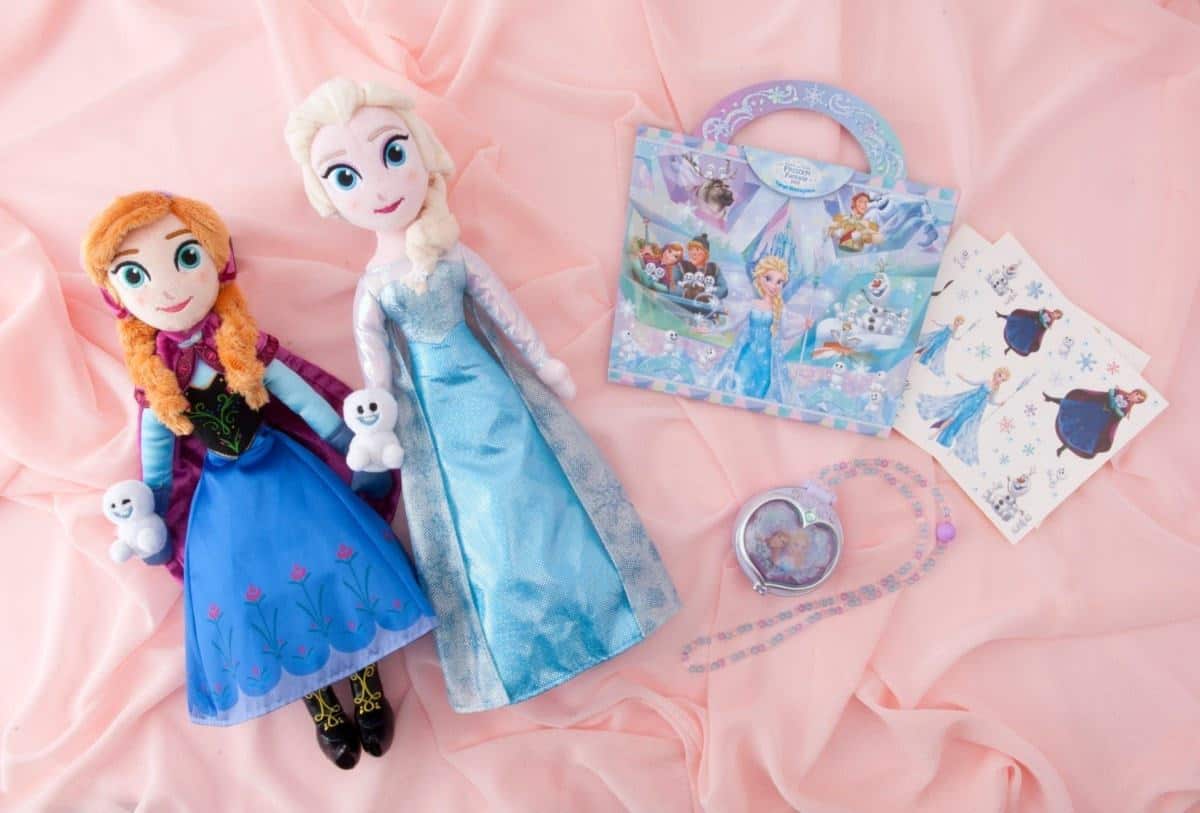 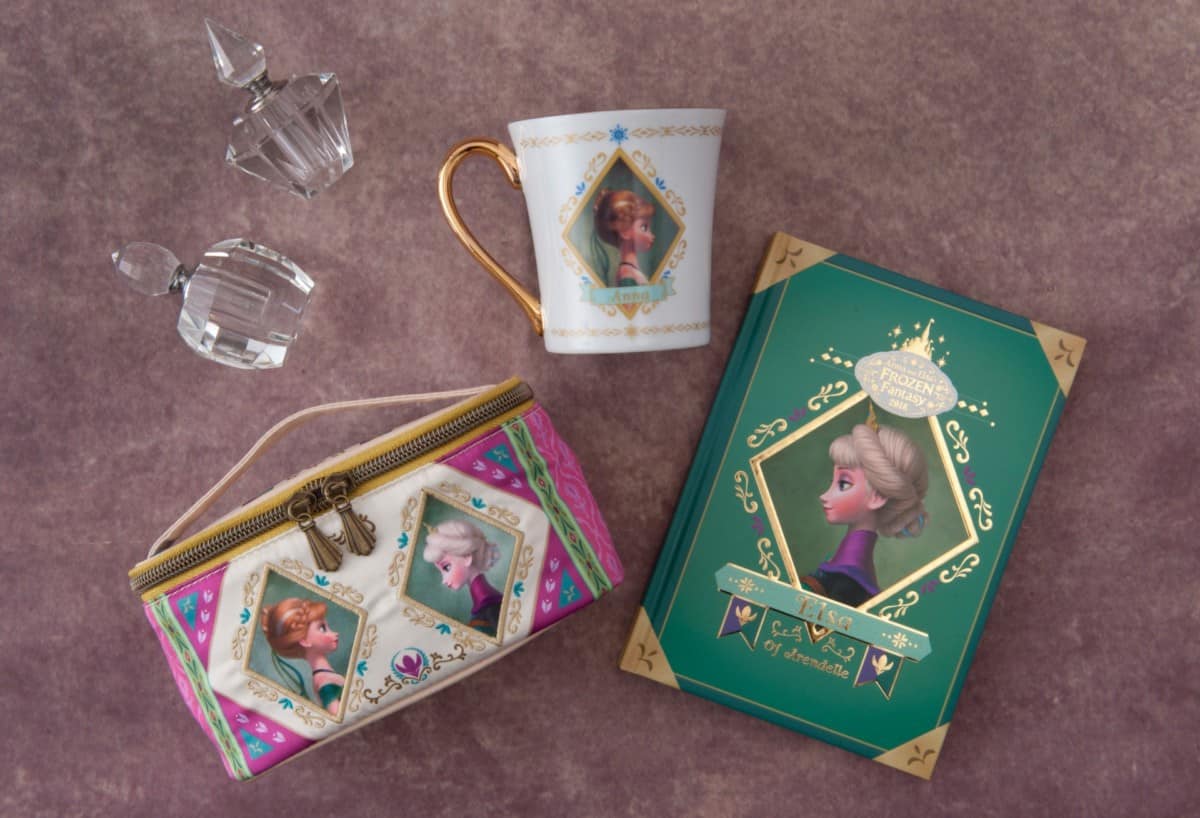 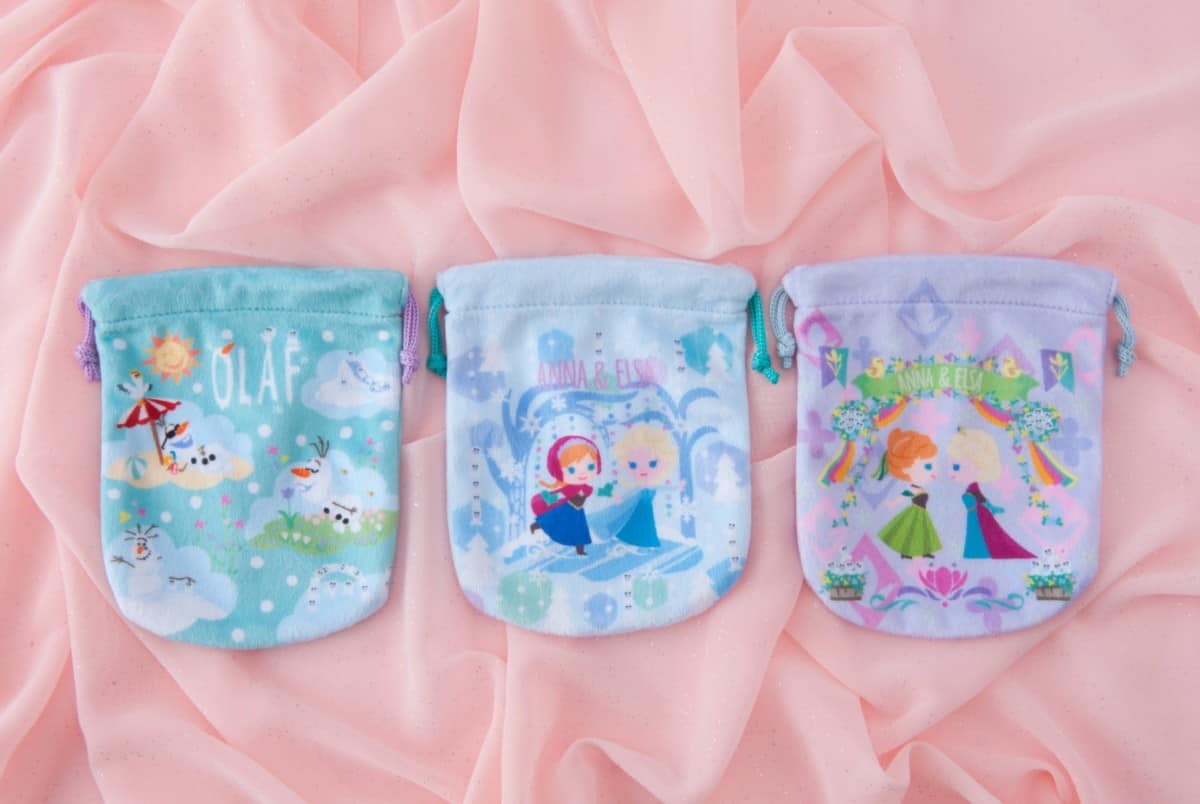 Special Frozen-inspired menu items will be available across Tokyo Disneyland. Treats will include a new hot dog, Olaf baked goods, a snow-covered vanilla flavoured churro, and a new dessert with an Anna and Elsa souvenir cup. The Plaza Pavilion Restaurant will be decorated with a snow crystals theme and be offering guests a special set menu. 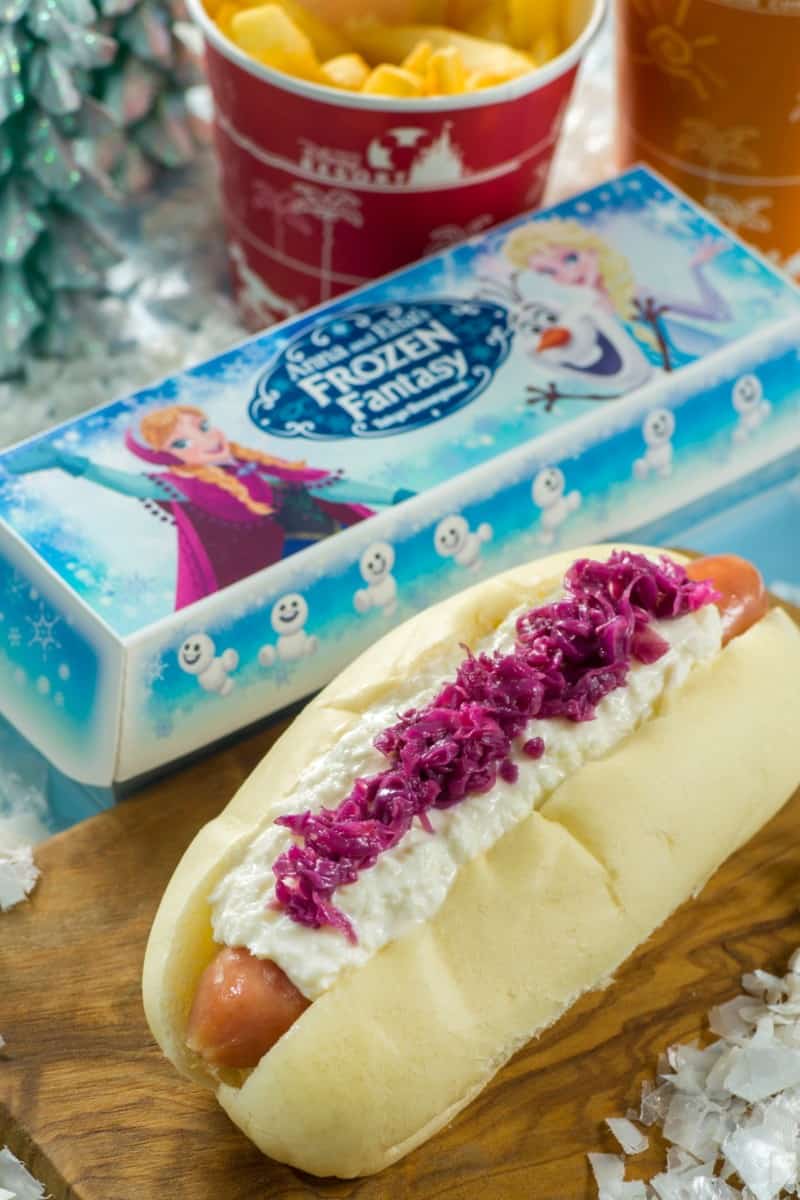 As if all this wasn’t enough, across at Tokyo DisneySea the brand new Pixar Playtime event will be underway, featuring Pixar-themed games, character greetings, playful decorations, and new food and merchandise.

What do you think of the Tokyo Disneyland’s Frozen Fantasy? Are you planning to visit Tokyo Disney Resort this winter? Let us know in the comments below, or on twitter and facebook.

All images and information from the Tokyo Disney Resort website.