Frozen Fantasy is over until next year, but there is still plenty of food to talk about! With so much to eat, we fell a little behind. But, better late than never, let’s take a look at the Special Set which was available at the Plaza Pavilion for Frozen Fantasy in Tokyo Disneyland. 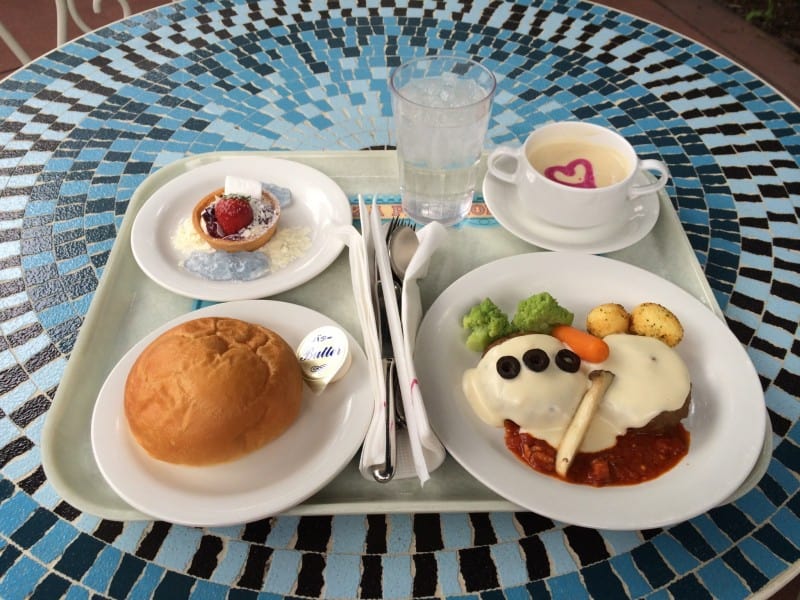 This special set comes with a nice variety of food items: 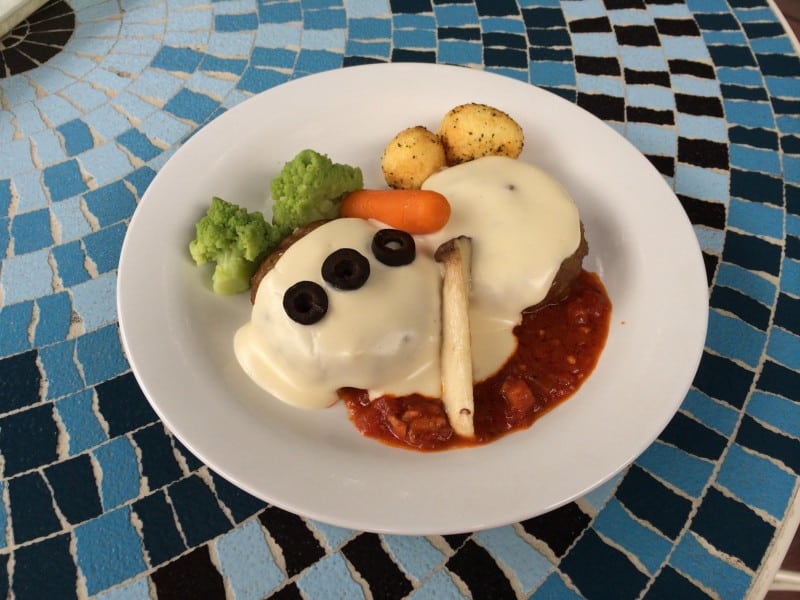 Olaf Hamburg with cheese sauce! It is pretty cute.

Coinciding with the Frozen Fantasy theme, Olaf is the main “theme” for this dish. The two hamburg patties have cheese-white sauce smothering them, along with three olives. The thought of eating Olaf which has meat inside, is a little off-putting, but you know what, it works! There was also some salsa (again I felt strange eating that with Olaf on the plate) and vegetables. 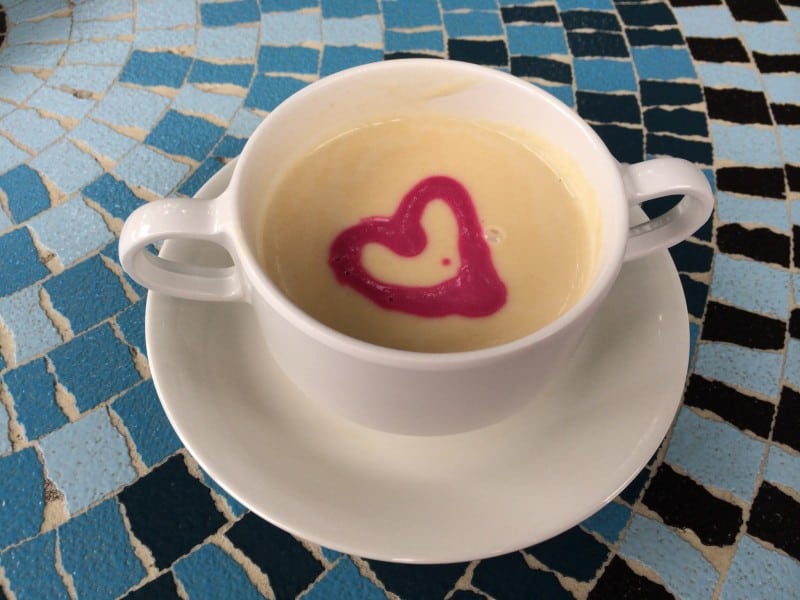 The Cannellini soup (I had to look up what that actually was) had a cute little heart on the top of the soup. Not sure what it is supposed to represent in the world of Frozen, but it is cute so I will give that to them. 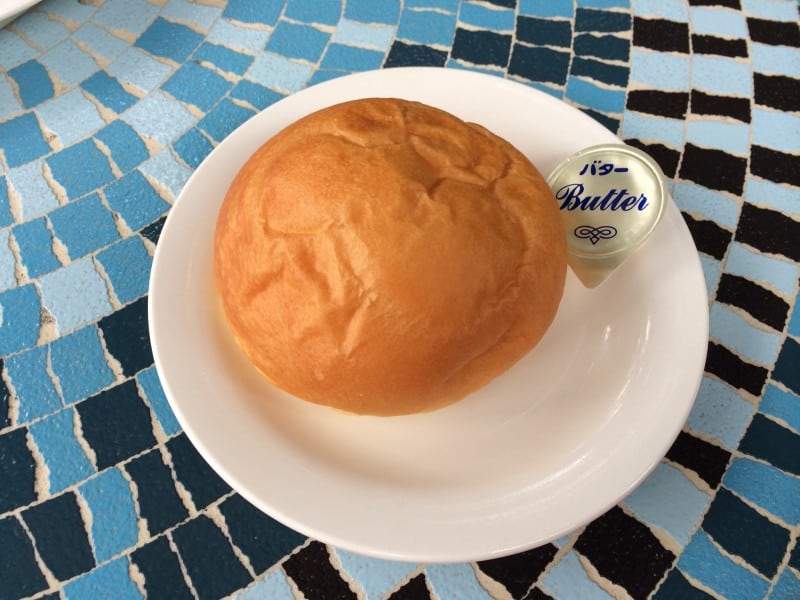 Bread with Mickey Ears imprinted on it!

It is hard to see in the photo, but the bread had Mickey Ears imprinted on it. It was a really nice touch. 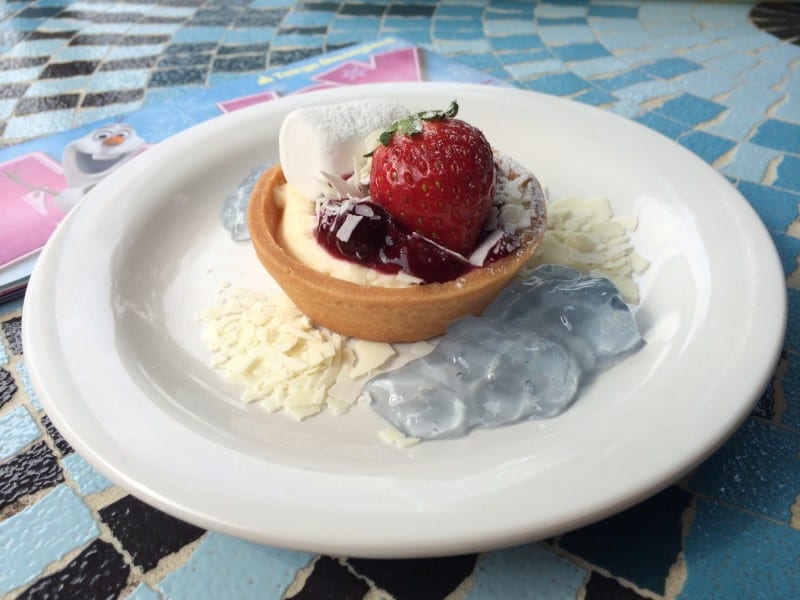 The dessert is well themed

The dessert, while not as nice as some other desserts (presentation wise), was still nicely themed with blue jelly.  It also included marshmallow, which was a bit strange.

If you have ever had “hamburg” in Japan, that is exactly how it tastes.   North Americans would more likely know this dish as a “salisbury steak.”  Nothing special here. Hamburg is just a hamburger dressed as a “steak”. The cheese sauce was a nice touch and the added salsa gave it a bit more flavour, which was lacking. I did not eat the olives as I am not a fan of them.

The soup was the highlight of the dish, oddly enough. I am a fan of creamy soups so this was right up my alley. It was my first time having cannellini soup, and I have to say that I am a fan.

The dessert was a mixture of flavours, including sour cream. It was not overly sweet and the jelly and white chocolate garnish was a great touch. Although the marshmallow was a bit out-of-place, but it plays well with the “Frozen” theme of the dish. 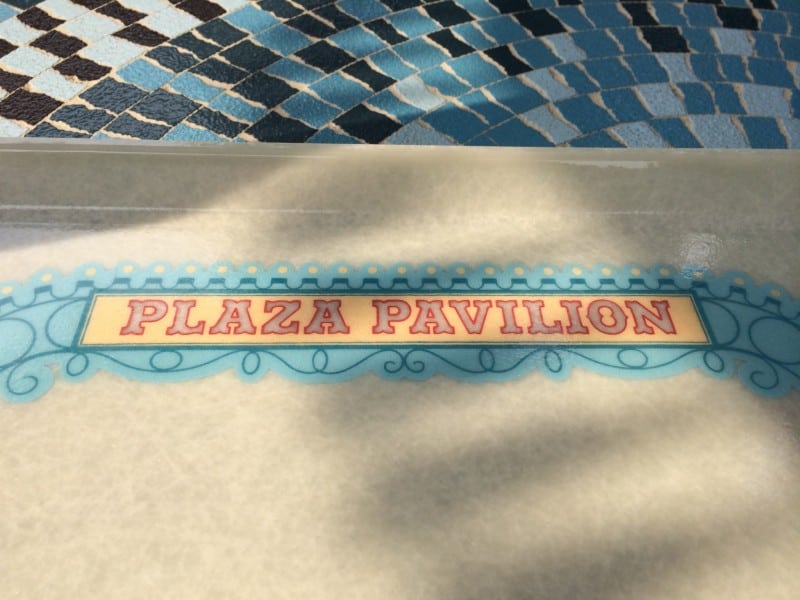 Was it worth it?

For ￥1940 you do not get a very large portion, but that is par for the course for the resort (and Japan in general for portion size). You’re paying for the “Special Set” which is always one of the most expensive on the menu.

While the set was nothing fantastic, it was still a decent meal. If you do not care for how cute your food looks, then there are plenty of other cheaper options available at Plaza Pavilion.

Please note that this dish was only available during Anna and Elsa’s Frozen Fantasy at Tokyo Disneyland from January 13th to March 20th, 2015, and has since been discontinued.

If you enjoyed this review, check out our other food reviews. Make sure to subscribe to keep up to date with everything happening at Tokyo Disney Resort!