We all have a show, attraction, or some other element from a Disney Park which we latch onto for one reason or another. Whether it’s your first attraction you remember experiencing or a song from a show that’s a reminder of a memorable trip. For myself, “Happiness is Here” was a parade that instantly caught my attention and never let it go. I never grew tired of it, even after watching it for the 50th time.

This is my tribute and a story about why “Happiness is Here” means so much to me.

The parade showcased colourful floats, a mirage of characters, and an earworm that would get stuck in your head for days. Not to mention the gorgeous gold-coloured costumes Mickey and Friends wore. The moment the music began, you knew you were in for something special.

From start to finish the show never let go of your attention with an endless parade of characters and beautiful floats. While I think Tokyo Disneyland Electrical Parade Dreamlights is the pinnacle of entertainment at the resort, Happiness is Here had that whimsical charm that you wouldn’t find anywhere else.

For myself personally, this parade showcases some of the best of what Tokyo Disney Resort has to offer.

Why I love Happiness is Here

My love and appreciation for “Happiness is Here”, unbeknownst to me, started back to 2011 when we spent New Years at Walt Disney World. During dinner at Teppan Edo in EPCOT we struck up a conversation with the guests eating with us (you’re seated in a room at a grill with others). The one person happened to be a Cast Member who was working on a new parade coming to Tokyo Disneyland.

While he didn’t go into too many details, he did say that the parade (I didn’t know the name of the parade at the time) was part of the 30th Anniversary at Tokyo Disneyland. After a bit of banter back and forth, he made me promise that I would go and see the parade. I said I would. Little did I know, I was going to keep that promise.

Fast forward to 2013, when I made the move to Japan. Within the first week of living in Tokyo, I got my first annual passport for Tokyo Disney Resort. I did this even before I was settled into my new tiny one-room apartment. My partner in crime made his way over to Japan a week later.

It was a cool November afternoon at Tokyo Disneyland and we snagged a decent spot in the hub area for the afternoon parade — at this point, I still didn’t know the name of the parade. This was well before I knew the best spots for parades at Tokyo Disneyland too. We followed what the locals did and sat on the ground along the parade route to wait for the show.

The music began and a smile instantly appeared on my cold bearded face. At that moment, I knew this was something special, and this was exactly where I was supposed to be. It’s tough to explain, but it’s that feeling down in your gut that you just know you’re experiencing something you were meant to.

After Mickey and Minnie finished the parade off in their beautiful gold outfits, I sat there with a smile on my face. It made me happy. I couldn’t explain or understand why at the time, but I just let the feelings wash over me. Not long after my first couple of visits to Tokyo Disney Resort, I knew I had to share my experiences and help others have the opportunity to hopefully feel the same happiness I feel every time I walked through those turnstiles.

Shortly afterward, I began to write about Tokyo Disney Resort in my spare time outside — my now former — software engineering job. Eventually, that writing turned into what has now become TDR Explorer. What you see today started thanks to a daytime parade at Tokyo Disneyland.

The last performance of Happiness is Here will bring tears to my eyes, I am sure of that. It marks the end of a chapter for me personally, but the story isn’t done yet. There’s still much more to tell, and I know I’ll continue “Dreaming Up!” as the next chapter begins for TDR Explorer and I’m excited to see where this story leads. Thank you to everyone who helps make TDR Explorer a reality.

Now, why do I love Happiness is Here? The answer is simple; it makes me happy. Over the years, I was fortunate enough to share that happiness with those closest to me.

I want to send a huge thank you to each Cast Member who made Happiness is Here a reality over the years and brought countless smiles to everyone with every performance. 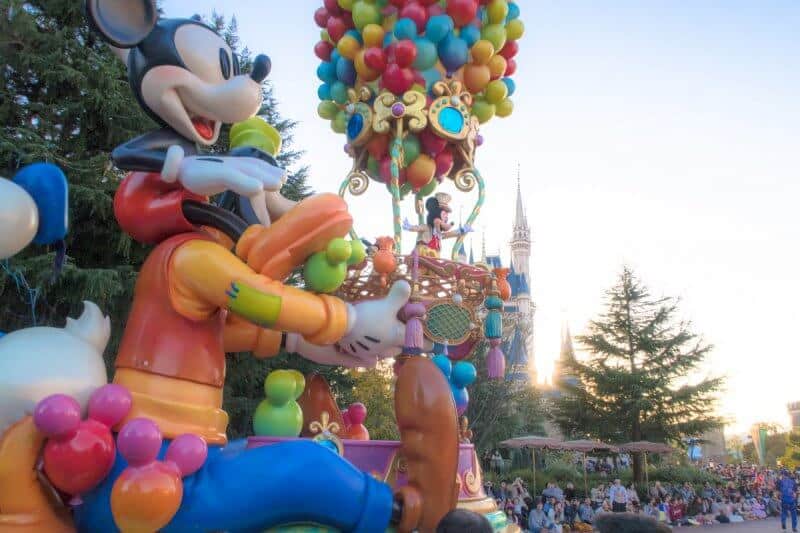