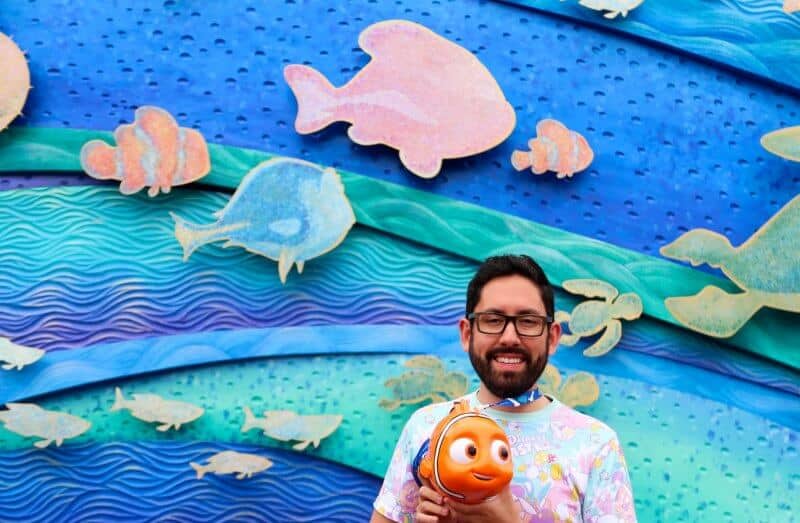 Here’s my review of the newest attraction in Port Discovery at Tokyo DisneySea. To quote my favourite blue fish, Dory, “Oh, boy! This is gonna be good, I can tell.”

You can also listen to this review on our podcast episode too! 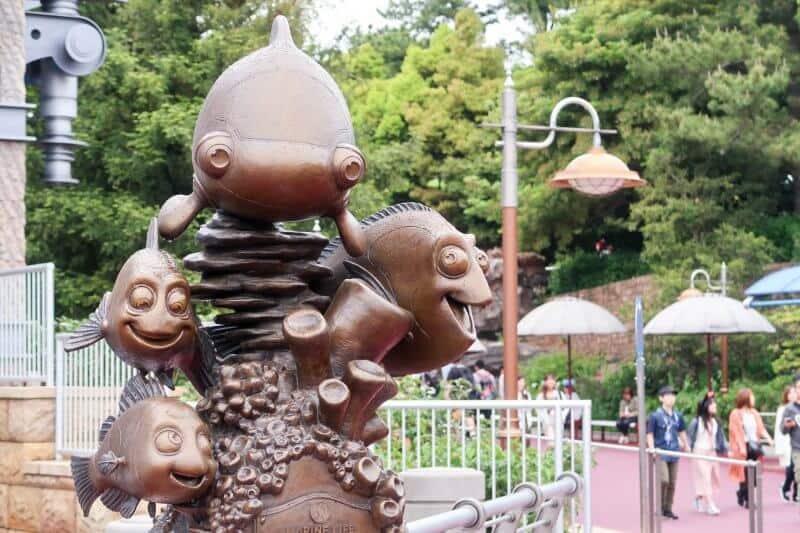 The Marine Life Institute in Port Discovery is dedicated to the study of sea life while inspiring people to be aware of and care for the oceans. They have created a new material called “chiziminium” that shrinks when electricity is applied.

The Nemo & Friends SeaRider attraction uses chiziminium to shrink guests to fit inside a fish-shaped submarine called SeaRider, which is equipped with “Art-i-FISH-al Intelligence” to allow SeaRider to act like a real fish. SeaRider is dropped into the ocean (with guests inside) where you meet Nemo, Dory, and other recognizable characters as they set off on a unique adventure across the ocean. 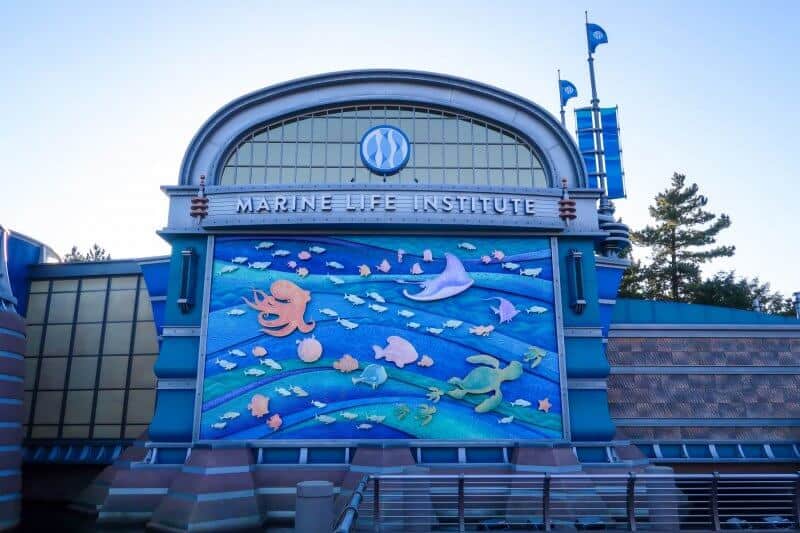 The outside is a beautiful “ocean blue” with subtle and not-so-subtle silhouettes of various characters from the Finding Nemo universe. The large mural is my favourite part, with all the different sea life “swimming” around.

Just across from the attraction — in front of Horizon Bay Restaurant — are a number of characters from Finding Dory, just hanging out in the water. Just a fair warning, you’ll make an audible “awwwwwwweeee” when you see them.

Overall, the outside is a re-theme of the former StormRider. The building is iconic for Port Discovery and it makes sense to not make any major structural changes (of course budget would also play into this). 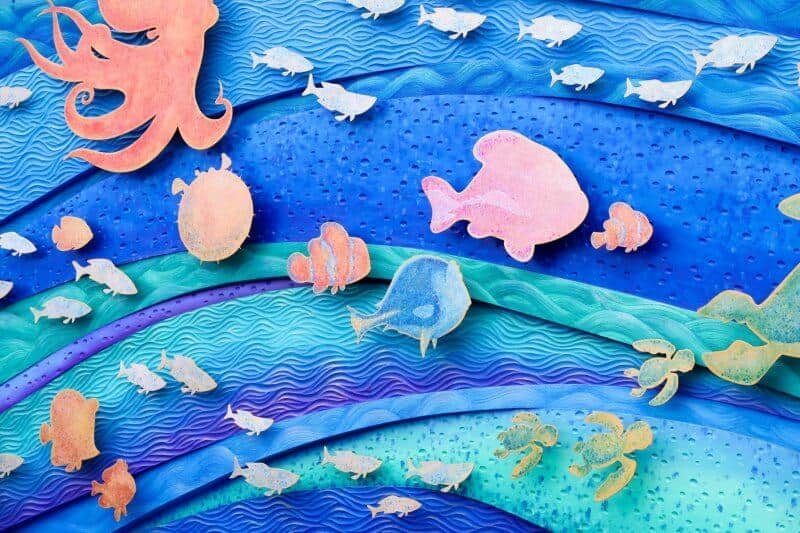 Before you set off inside SeaRider, you’re presented with a short pre-show. An aquarium with a large-sized SeaRider is in the middle of the room, with a large curved screen on the top. Here is where a video is played explaining the SeaRider vehicle and the Marine Life Institute’s new material chiziminium.

The best part is the demonstration on how chiziminium works. With a swath of swirling effects, SeaRider is transformed from large to fish-sized — it’s an impressive effect. 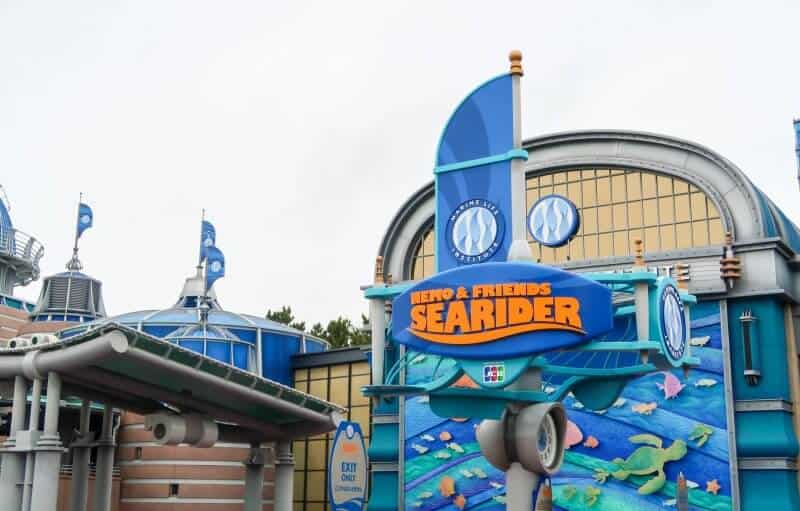 Now, for the best part, your unique adventure with Nemo & Friends. You step inside SeaRider, which is a moving theatre with a gigantic screen in the front and smaller screens (which look like portholes) along the ceiling. The entire theatre moves in sync with what’s happening on screen. The movements are not as intense as the former StormRider.

Note: I usually get motion sickness on these types of attractions and this didn’t cause me any discomfort.

Once seated and the Cast Members (with their brilliant Marine Life Institute costumes) do their safety checks, it’s time to head into the ocean. You’re dropped into water and immediately hit with a bolt of electricity to activate the chiziminium to shrink you to the size of a fish, and your adventure begins. 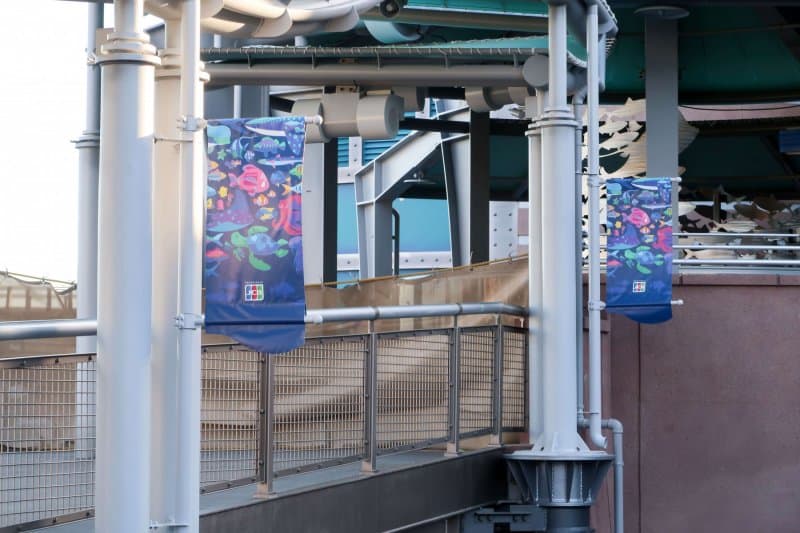 What happens on screen is randomized each time you ride — think Star Tours, but much more seamless. Now, I don’t know exactly how many variations there are (at the time of this writing I rode it 5 times and noticed little things changed here and there). Some of the variations are obvious (the climatic scenes, as an example), but some are rather subtle and you need to pay attention.

At the beginning where you meet Nemo, Dory, and the rest of the gang, you’ll notice that small things change each time you ride it. Sometimes you’ll swim left and meet some characters, sometimes you’ll swim forward. Other times different fish will appear and some won’t. The amount of detail that went into this is astounding.

Even during the “transition” portion — where you’re on the EAC — characters will say and do different things. The entire story is fluid and not once did I feel as if anything felt out-of-place; it all just worked. You feel as if you’re part of the story and completely immersed in this world.

The only downside to all this is the voice acting is only in Japanese. But if you know the story of Finding Nemo and  Finding Dory, you won’t have any problems figuring out what’s going on. The attraction is aimed at the younger crowd, but it’s enjoyable for anyone of any age (just like how Pixar movies are). 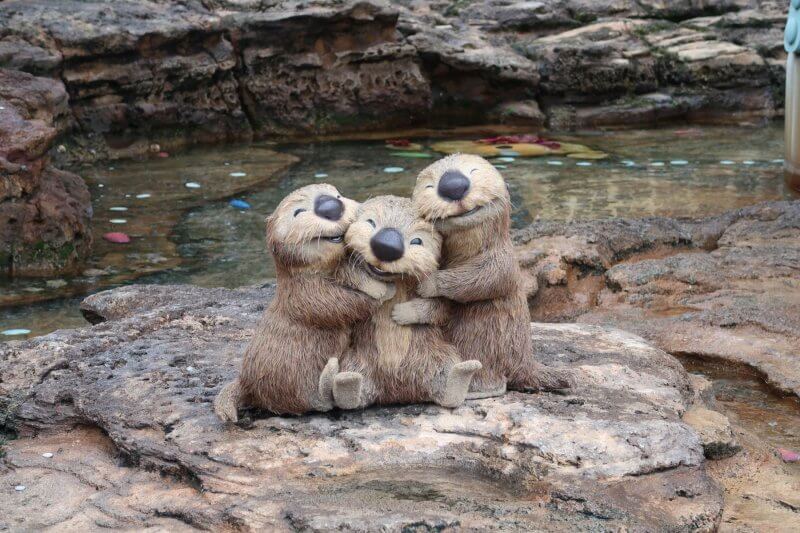 My expectations for this attraction were non-existent — I was never a fan of StormRider, to be honest — but I am thrilled to say that this attraction delivers. While having the “Marine Life Institute” is a bit of a stretch in Port Discovery, it’s hard to deny just how fun and well-done Nemo & Friends SeaRider is.

The pinnacle of Nemo & Friends SeaRider is the strong randomized storytelling and flawless animation from Pixar. Without that aspect, it would have been a simple overlay with no heart.

I disembarked SeaRider with not only a smile but a goofy one. Is it the best attraction ever created? Certainly not, but it doesn’t need to be. Not when you have the power of Pixar storytelling. Nemo & Friends SeaRider will not disappoint. A big thank you to everyone who worked on this attraction. It’s a great addition to Tokyo DisneySea.

The only thing I dislike about this attraction is the desire for a cuddle party afterward. But is that really a bad thing? 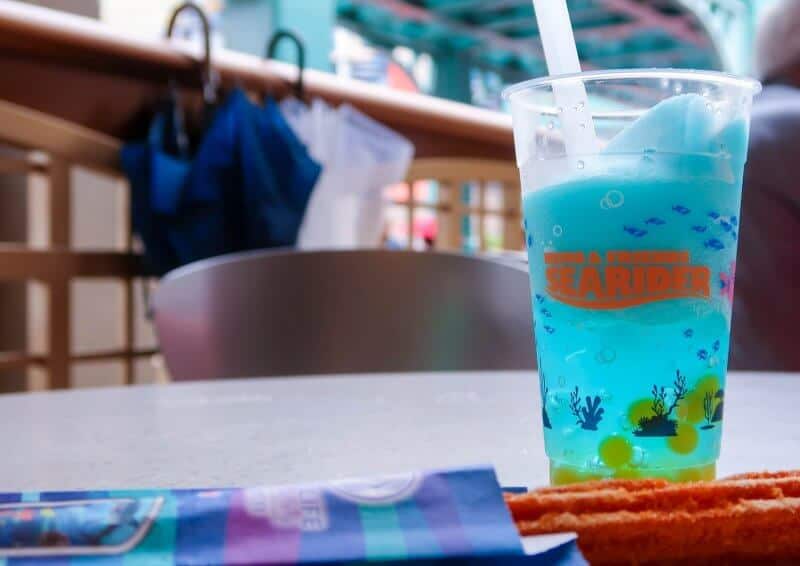 Don’t forget to check out all the adorable merchandise (so you can have your own cuddle party), snacks, and popcorn bucket to celebrate the opening of Nemo & Friends SeaRider!