This week Disney unveiled its new Shanghai Disney Store, which features a high-tech design, as well as a new line of designer bags and other exclusive merchandise.

The store is the second in China and is located at the HKRI Taikoo Hui Mall, one of the city’s most popular shopping and entertainment areas.

As part of the opening celebrations, the store launched its new M28 Mickey Collection; a line of China-exclusive high-end fashion bags. The bag designs feature a black colour theme paired with Mickey’s iconic white gloves. The launch marks the next step in Disney’s strategy to produce high-end fashion products for the growing Chinese market. 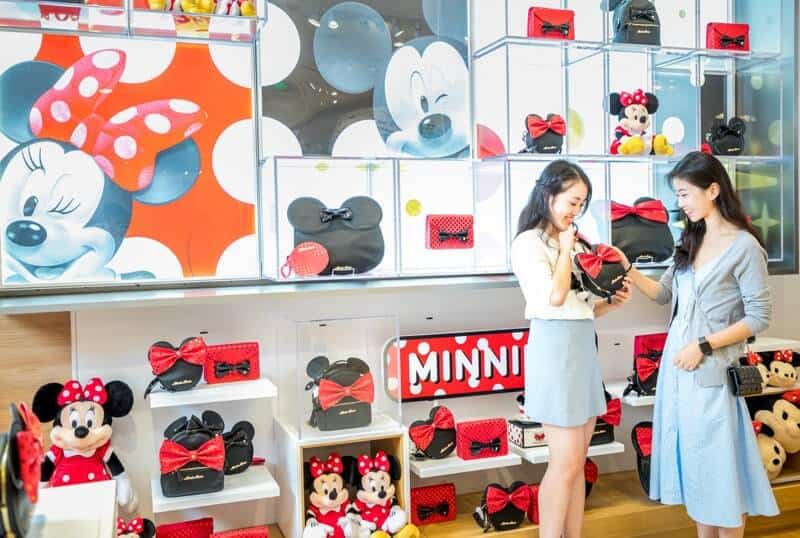 The high-tech interior of the new store includes modern decorations along with the Disney characters we all love and expect in a Disney Store layout. A large LED screen at the entrance will provide shoppers with interactive experiences featuring characters from Disney, Pixar, Marvel and Star Wars.

To celebrate the grand opening, the store will also include an exclusive Golden Metallic Mickey Wall with 888 limited-edition metallic Mickey plush key chains hung from ceiling to floor. The keychains are available for purchase and can be pre-ordered at the store.

#ShanghaiDisneyland #disneystore these are the Mickey in new disney store i want to buy home but they are not for sale????? pic.twitter.com/IHEItTYM8m

Disney will hope the new venture matches the success of its Shanghai Lujiazui Flagship Store, which opened in 2016 and has become a must visit for many shoppers from across China and beyond.

Planning your trip to Shanghai Disneyland? Read our full trip planning guide, Grand Opening Trip Report, and listen to our exclusive podcast episodes! Everything you need to create the best trip to Shanghai and enjoy everything the park has to offer in its second year.