A new sponsor has signed on to present two major attractions at Tokyo Disneyland and Tokyo DisneySea. Kao Corporation – whose products include the Nivea, Biore and Curel health and beauty lines – will see their name go along Splash Mountain and Toy Story Mania! starting on July 1, 2015.

Kao Corporation – based in Chuo-ku, Tokyo – says they share a similar mission with OLC, focusing on the “happiness of children,” while stressing awareness of the importance of cleanliness.

The sponsorship by Kao Corporation brings the number of companies associated with OLC to 27 in Tokyo Disneyland Park, and 24 in Tokyo DisneySea Park. 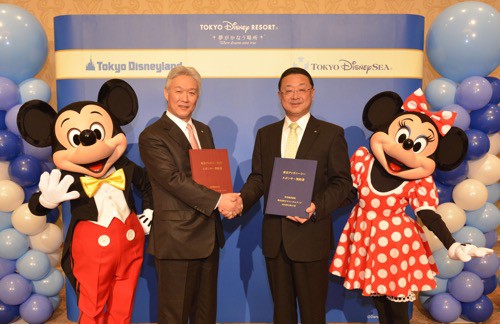