The Japanese Park maps at Tokyo Disney Resort are much more detailed than the English counter parts. We are unsure why this is, but if you want a cheap souvenir then make sure to pick one up. Here are the park maps for October 2014 for  both Tokyo Disneyland and Tokyo DisneySea.

This month features Daisy Duck on the front, in her fabulous Witch outfit for Halloween.

Daisy Duck on the park map for Tokyo Disneyland

Inside the park map. 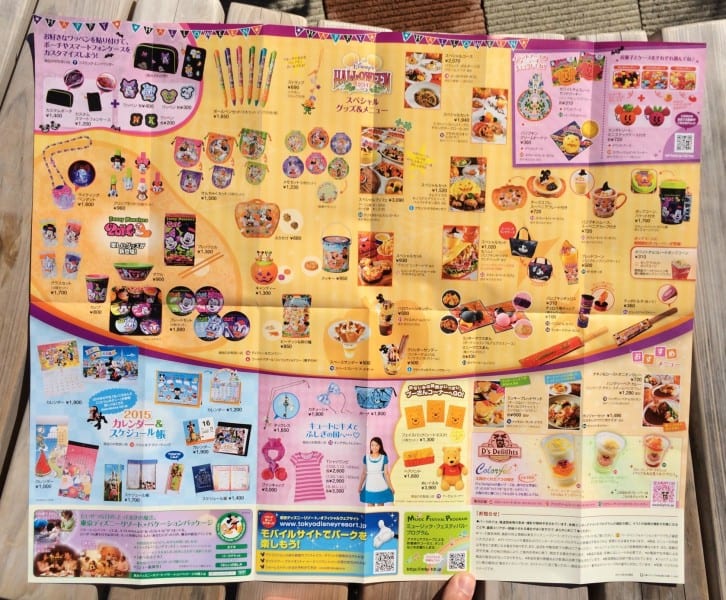 The offerings for Halloween at Tokyo Disneyland with the map folded out.

Donald Duck on the park map for Tokyo DisneySea.

Inside the park map 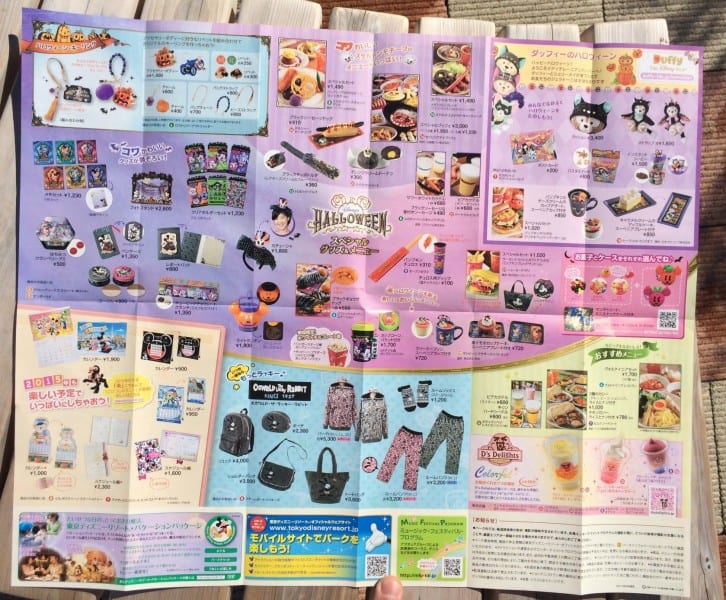 The offerings for Halloween at Tokyo DisneySea with the map folded out.