Being a guest at the resort hotel guarantees park admission during the dates we are at the hotel. I bought the tickets before booking the hotel, just to play it safe. I was unsure if booking the hotel would happen or not.

I first tried booking right at 1:01AM (Tokyo time) as the reservation system came online. Given the demand, it was no surprise that the website was having major issues. The English portion of the site was showing up in Chinese. Unable to book tickets or hotel rooms by 2AM, I decided to head to bed.

When I woke up at 5:30AM, I was able to book the hotel and tickets without any issues. 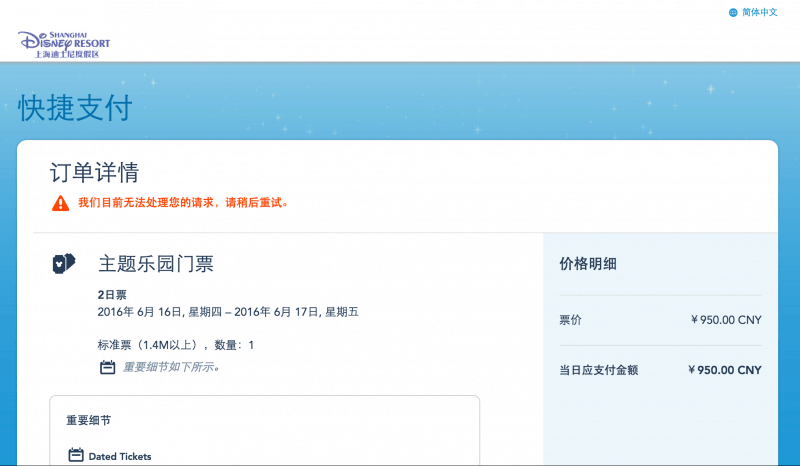 This was the “English” version of the site. They were having major problems as soon as the bookings opened.

I am incredibly excited and fortunate to have the opportunity to visit a Disney Park on its grand opening day!  I have no idea what to expect from this experience, but I know it’s gonna be memorable!

What I am most looking forward to the castle and TRON!

Are any of you going to the grand opening?  If so, let us know! 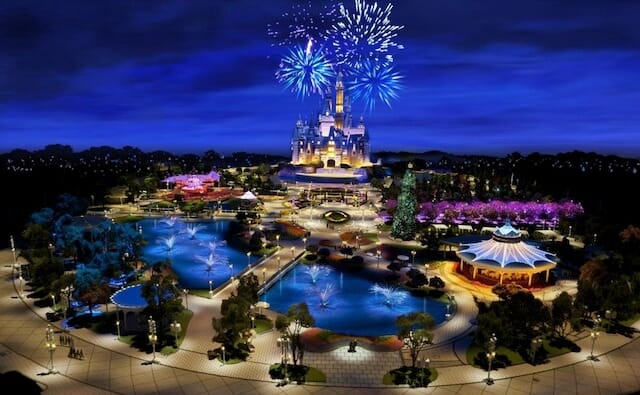 The following is a simple breakdown of the costs. I am keeping it simple by putting it into Japanese Yen and USD.

You can only buy park tickets for up to 2 days. The total includes my portion of the hotel room (split by 4 people) and the tickets.

Additional costs for me are my one-night hotel and flight from Tokyo: