This happened last year, but I figured it is time to share this amazing proposal with the world. It all started with a Disney Princess scavenger hunt.. which then turned into a wonderful vacation! It was a complete surprise and it only got better as he proposed to me at Cinderella’s Royal Table in Cinderella’s castle in Magic Kingdom!! I can’t believe he did so much for me… he is amazing!!! ♥ 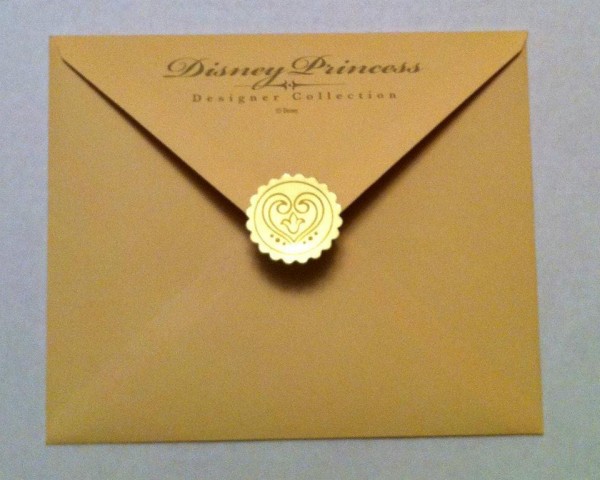 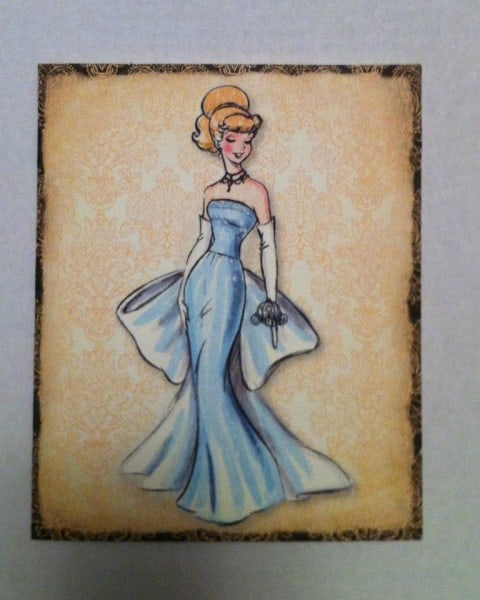 There were 10 princess cards, and the locations ranged from the dryer, the bathroom, and my fiance’s “steel carriage” (AKA his DeLorean). The Pocahontas card even came with a stuffed Nala to help protect me on my journey! (Here is the last card) Princess #10: Cinderella Location: On top of the Christmas tree Message in the card: “Princess: I, Cinderella, cordially invite you to stay in my Magic Kingdom at Walt Disney World. When you arrive, you will feel like royalty. You will depart on January 2nd in a flying chariot. I have taken the liberty of getting you a wonderful room in the Grand Floridian Resort and Spa. On January 3rd, I have made special arrangements for you to visit my castle once again and experience more of the Disney Magic you’ve come to expect from my home. Merry Christmas!”

The Grand Floridian Resort and Spa! Absolutely gorgeous!! Our room was fit for royalty! 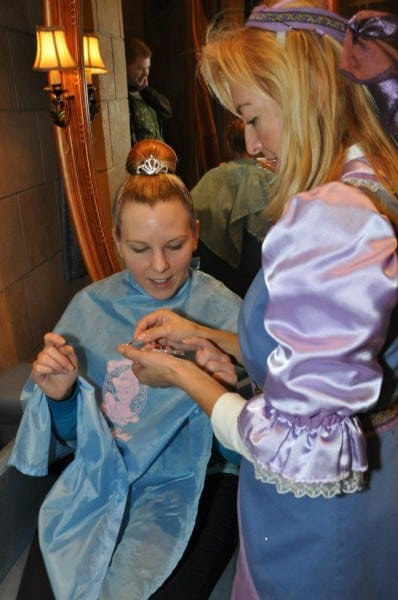 He surprised me with an appointment to get my hair done at the Bibbidy Bobbidy Boutique!! I was officially their very last adult customer, thanks to my sweetie for making it happen (which apparently took a ton of phone calls and arranging, since it was against policy)! 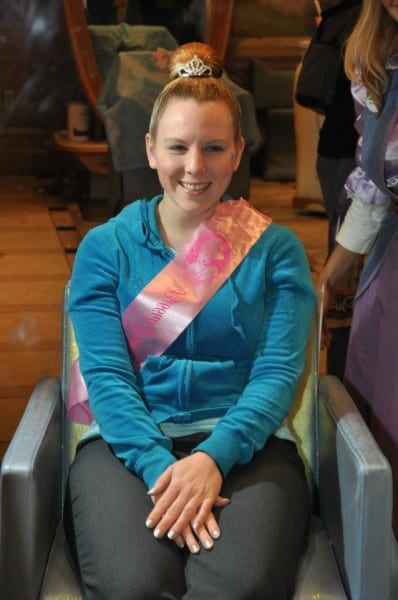 Now I looked like a princess!! They did my hair, makeup, and nails. I also got a package from The Fairy Godmother at our resort, which included a certificate declaring me an official Disney princess, balloons, a mirror, a wand, and a tiara! 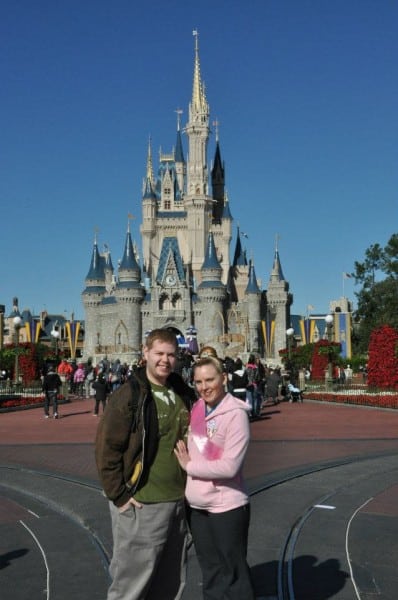 My wonderful fiance (well, boyfriend at the time) and I in front of Cinderella’s castle! He played it cool all day, so I really didn’t know anything else was up his sleeve!

For dinner, we went to Cinderella’s Royal Table!! After we ate, we watched Wishes fireworks from our table. It was very romantic!

Right after the fireworks, the waitress came over with a covered dish and said it was dessert. She placed it in front of me and lifted the lid, to reveal the ring. The next thing I knew, he was down on one knee and a photographer was taking my picture. It all happened SO fast!!! This is my “Oh no he didn’t!!” face! 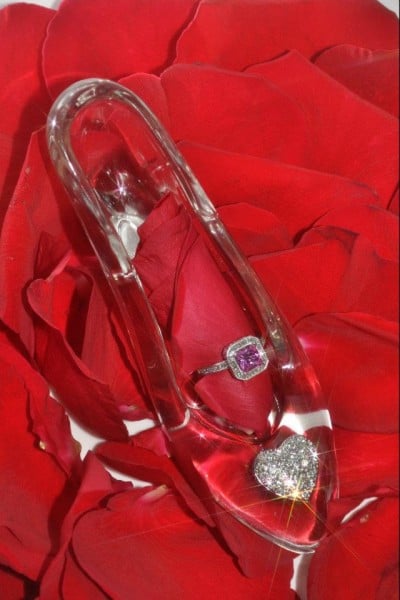 My ring!! This ring has a back story, too!! This is an official Disney Sleeping Beauty princess engagement ring!! They only made them to order for a limited time in 2010. There were only a few sold (and only one other of the Sleeping Beauty). In any case, the ring was no longer available to order, so my fiance contacted Robert Iger and Pascal Mouawad (the person who created the ring) and they agreed to take the mold out of the vault and make one just for me!!! 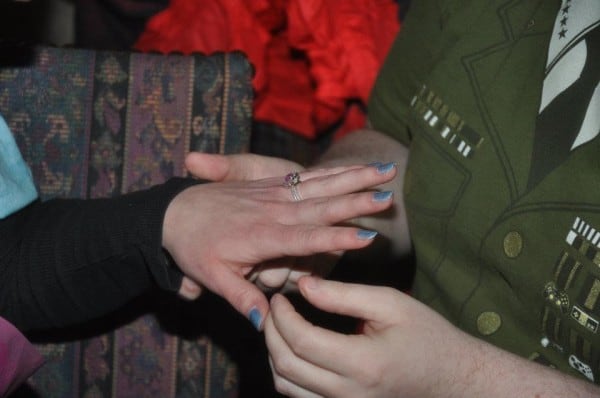 His proposal was very sweet. I said yes, of course!! Notice his gaming general shirt. His suit coat jacket got lost on Disney’s Magical Express when we arrived. 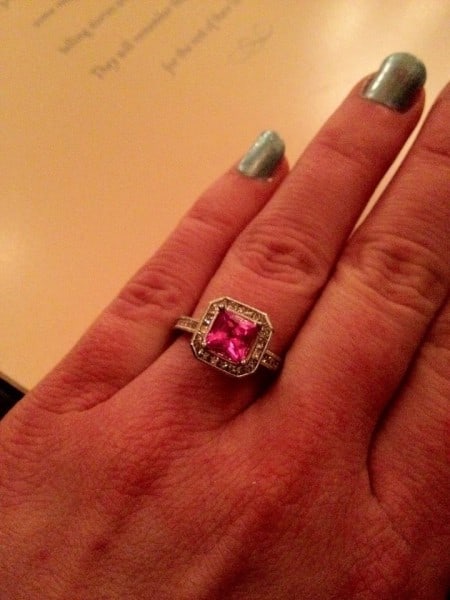 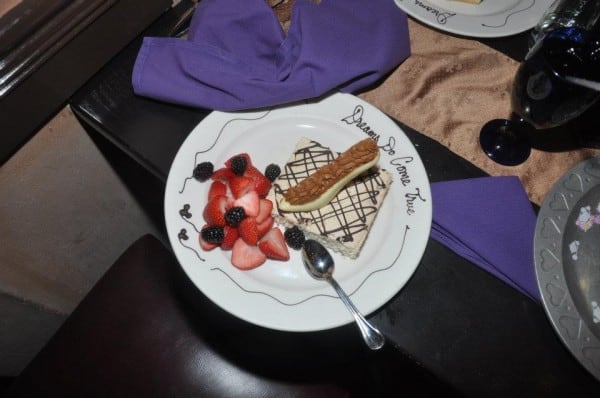 Later, the waitress brought out our real desserts, a white chocolate slipper with chocolate mousse, cake, and berries! They also brought us non-alcoholic champagne with keepsake glasses! 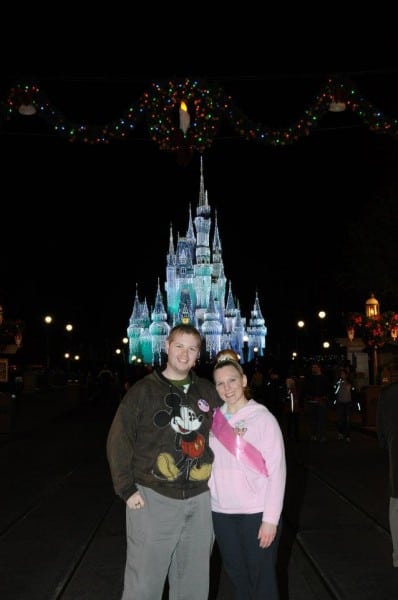 After we left dinner, we had to get a photo taken in front of the castle!

The next morning we ate at Chef Mickey’s in the Contemporary Resort. Goofy noticed our “Just Engaged” buttons and asked us to reenact the proposal for him! How cute!! The rest of the trip was amazing and we had a great time! I love him so much and I’m the luckiest woman in the whole world!!! 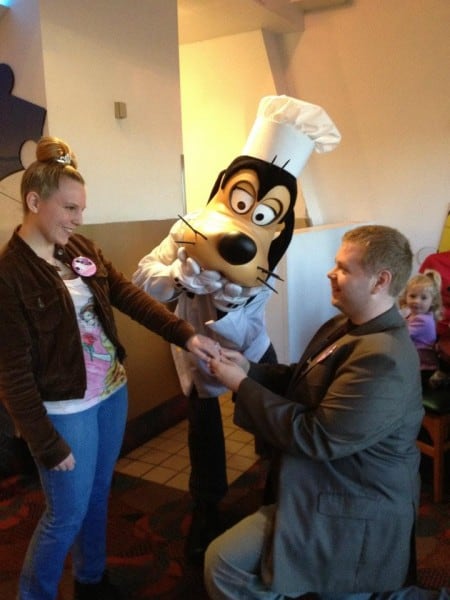 This fairy tale engagement trip report was created by PoopieKitty from Reddit and was originally posted in /r/disney. She was kind enough to allow us to share her beautiful story with all the readers of Fat Hobbit! All images can be found in her imgur album.