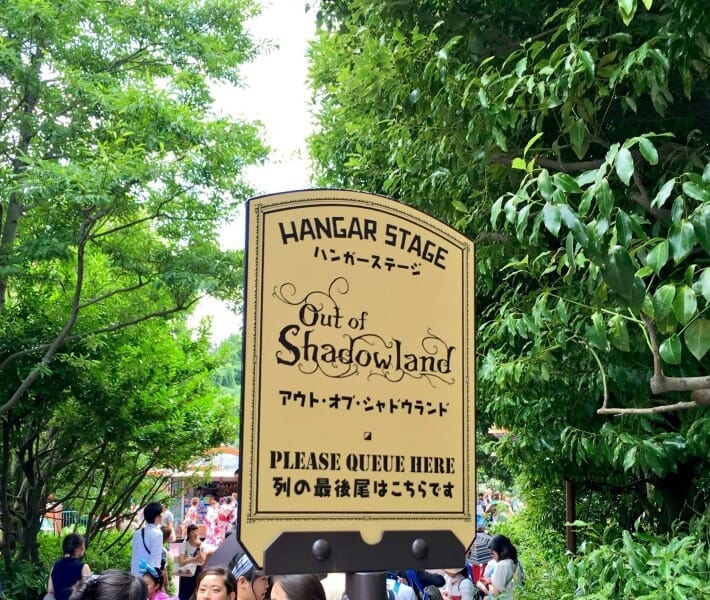 The story follows a girl named Mei as she traverses through her imagination. The synopsis of the show reads:

“Out of Shadowland” follows Mei, a young girl lost in a world of shadows who finds confidence and strength through her sojourn there. Through colourful images and powerful live performances, Guests will experience a world unlike any seen before.

While the story is rather simple and not terribly in-depth, it is easy to follow even if you do not speak Japanese. The show is heavy on dialogue, but through the actions taking place on stage, you are able to get an idea about what is happening.

At a runtime of about 25 minutes, there’s enough of a story in “Out of Shadowland” to create a compelling show which moves at a quick pace.

All songs are sung live by the performers, which adds a level of authenticity. I’m impressed that they decided to go this route instead of simply have artists who lip-synced.

Angela Aki produced three original songs for the show. If you’re a fan of her work, you’ll immediately get a sense of familiarity when you hear them. Even if you are not a fan or haven’t heard of her before, they are catchy and grow on you over time. 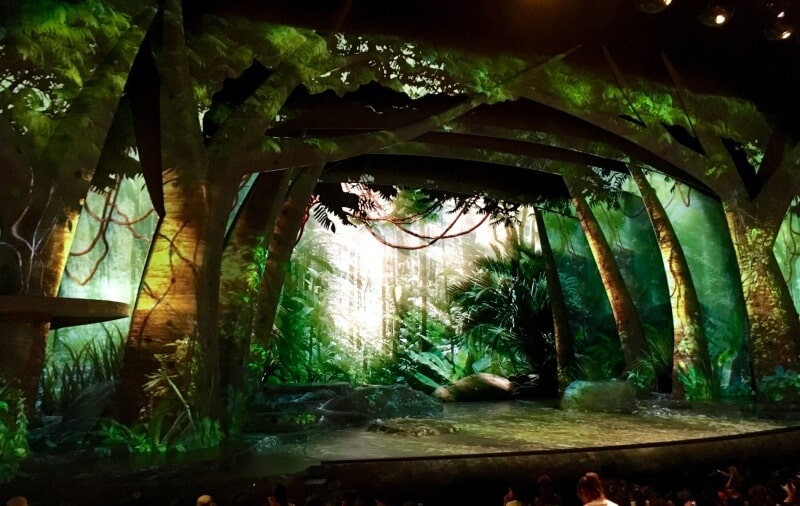 “Out of Shadowland” relies heavily on projection mapping to bring the story to life. The number of props used during the show is minimal, but when they are used it adds a new layer to the performance. The mapping completely changes the stage scene-by-scene and is also used to give “mystical powers” effects used by characters on stage.  I can admit it’s incredibly well done.

Since the story takes place in Mei’s imagination, the justified over-the-top effects showcase what projection mapping can add to performance. If the show was similar to its predecessor, Mystic Rhythms, in terms of story, then these effects could have “cheapened” the experience. Thankfully, this is not the case.

One scene midway through the performance brings out the aerobatics, which is an incredible blend of projection mapping, stage props, and performers.

The finale is easily the best part of the show (not surprisingly).  And without giving too much away, it blends projection mapping, props, performers, story, and music brilliantly.

It’s difficult to talk about “Out of Shadowland” without mentioning Mystic Rhythms.

“Out of Shadowland” had a high bar to meet, and while it doesn’t quite reach the majestic feeling of Mystic Rhythms, it stands well on its own. 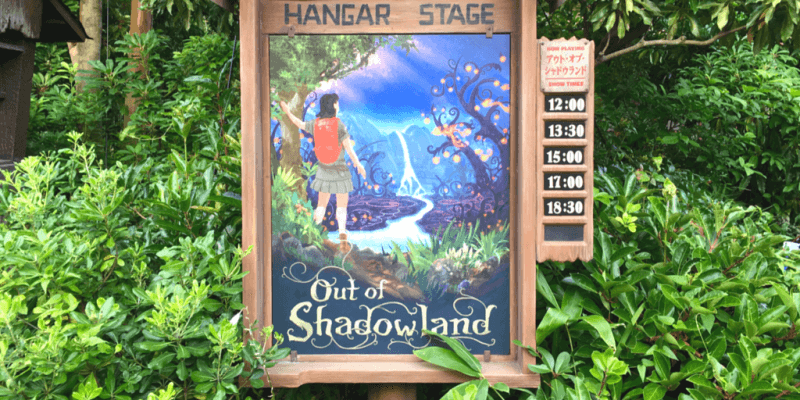 Overall, this show is a welcome addition to the live entertainment options at Tokyo DisneySea. While it does not live up to the bar which Mystic Rhythms set, it easily stands on it own as an entertaining performance and is worth watching. OLC could have easily put in a character-based show, such as a version of “Mickey and the Magical Map,” but I’m impressed they decided to create an entirely original show. The amount of originality is what brings me to love DisneySea.

The show no longer requires the lottery to get a seat. Just show up 10 to 15-minutes before showtime. A full video of “Out of Shadowlands” is available on YouTube.

Feature photo by Duy Phan Photography. If using these photos please provide credit to tdrexplorer.com and do not alter the photos in any way.