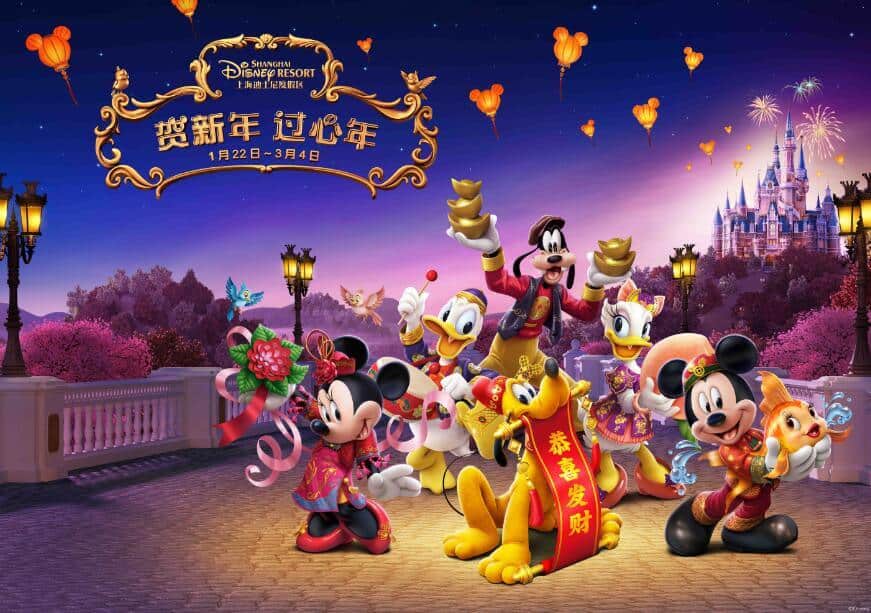 Pluto and friends celebrate the Year of the Dog ©Disney

To welcome the Year of the Dog, Shanghai Disneyland Resort has planned an array of traditional celebrations with a Disney twist.

First-up Pluto is taking center stage as the “God of Fortune.”  Guests can meet Pluto, Mickey, and friends in their Chinese New Year outfits and take photos against new seasonal backdrops. You might even receive a wishing card and golden chocolate coin.

A traditional Chinese New Year drum ceremony led by Mickey, Minnie, and Pluto will welcome guests to the Gardens of Imagination and wish them prosperity and happiness for the new year.

Guest can then head to the Garden of the Twelve Friends, to write their new year wishes on wishing cards and hang them in the park’s first-ever “wishing garden.”

The Shanghai Swing show will see Mickey and the gang perform Lunar New Year and jazz-inspired routines in vintage Shanghai costumes. Taking place in Celebration Square, the resort’s swing shows give guests the chance to take some great character photos and even join in!

Finally, on February 16, to mark New Years Day, a traditional eye-dotting ceremony will take place at the Storyteller Statue.

To bring these celebrations together, the resort receives a red and gold makeover with Mickey lanterns, traditional Chinese Couplets, bright flowers and new years decorations springing up across the park.

The Toy Story Hotel will also feature toy inspired lanterns and Year of the Dog decorations, while the Shanghai Disneyland Hotel decorations will have traditional Chinese New Year flowers. 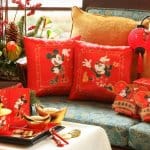 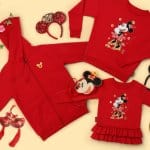 Shanghai Disneyland’s Sweethearts Confectionery and the Marketplace in Disneytown will receive new festive decorations and offer an array of exclusive merchandise. 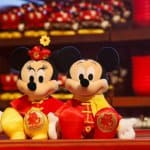 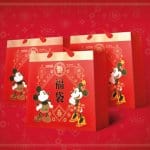 Lucky Bags will contain a surprise choice of new year items and give guests the chance to win prizes, including flights to Hong Kong and PhotoPass One Day Passes. 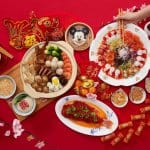 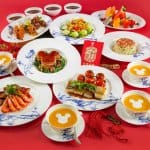 Food is an essential part of celebrating Chinese New Year, and Shanghai Disneyland has got you covered.

The Wandering Moon Restaurant’s Family Feast will offer an authentic taste of the Chinese New Year with seafood dishes. Meanwhile, the Royal Banquet Hall will have a special menu including Mickey Shaped Braised Pork Knuckle and Cinderella’s Pumpkin with Braised Pork in Soya Sauce. 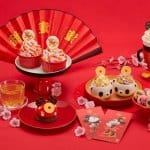 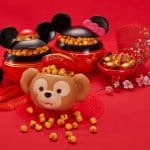 Lumiere’s Kitchen at the Shanghai Disneyland Hotel will host a special buffet dinner and weekend brunch during the celebrations. At the Toy Story Hotel, the Sunnyside Café will offer a Chinese New Year buffet, and festive treats will be available at the Sunnyside Market too.

Planning your trip to Shanghai Disneyland? Read our full trip planning guide, Grand Opening Trip Report, and listen to our exclusive podcast episodes! Everything you need to create the best trip to Shanghai and enjoy everything the park has to offer in the new year.