The official Shanghai Disneyland website has announced that park tickets are on sale starting Monday, March 28, 2016. A regular priced one-day park ticket is 370 RMB (about 52USD) and a peak price of 499 RMB (about 76USD). During the grand opening period (June 16-30) the park ticket is at the “peak price” of  499 RMB.

Also starting on March 28, 2016, guests can reserve tickets for The Lion King show at the Walt Disney Grand Theater in Disneytown and make hotel reservations. No prices have been given at this time.

Further information about tickets is found on the official Shanghai Disneyland website. Below is the pricing chart and admission calendar from the official website. 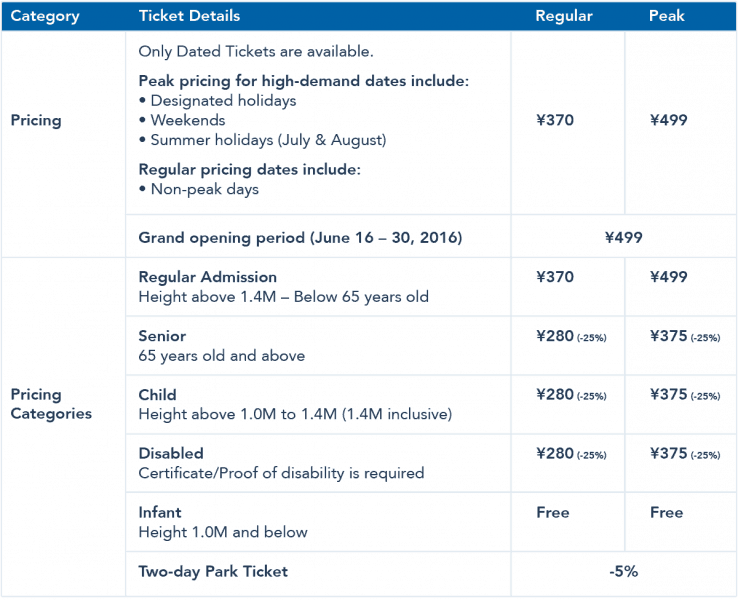 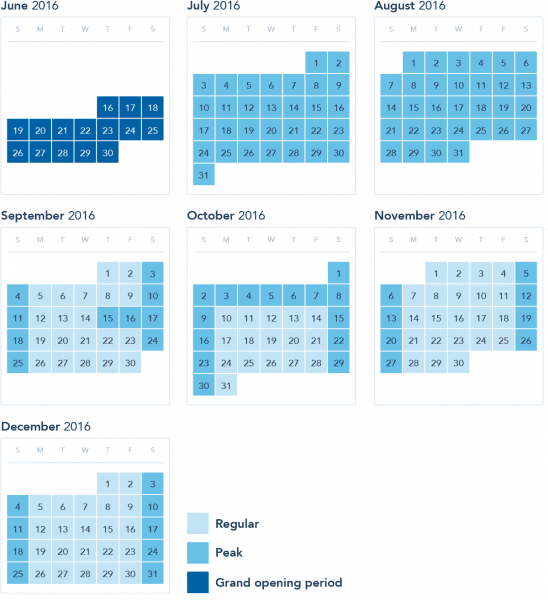