Our first edition of “Show Us Your Ears” comes from @himpster. He will take us back to the early 90s and tell us why his pair of Mickey Ears remind him of his first family vacation to Walt Disney World.

While acquiring ears may be the first order of business for many families starting off their Disney vacation, it’s become evident after going through stacks of photographs in my parents basement that when we made our pilgrimage to Walt Disney World in the summer of 1991, ears were the last thing on the agenda.

See, prior to our arrival in the Orlando area, we had embarked on a multi-day car journey from Manitoba, Canada that would take us through several US states and pitstops in places like Nashville and Memphis along the way.  (Eat your heart out, Clark Griswold!)

By the time we had arrived in the most magical place on earth, my cousin and I were already at each other’s throats, and my mother was on her last nerve with both of us (although mostly with him!) 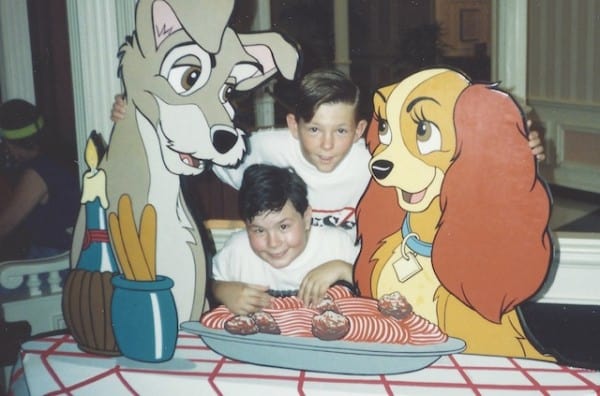 Lady and the Tramp

For me, arriving in the “World” was a dream come true.  The first time I stepped foot on Main Street USA, my eyes grew wide — I couldn’t believe that this place I had only seen on TV had come alive right in front of me.  While other kids loved Adventureland or Frontierland, I was most enamored with Tomorrowland.  I forced the family to take a second trip on Delta Dreamflight — it was just too amazing.  And the Carousel of Progress gave us a glimpse in to the “great big beautiful tomorrow” — while reminding us of the not-so-distant past that even my parents could remember.

Enjoying the heat in front of Cinderella’s Castle

EPCOT Center was deliciously retro already by the time we had arrived in Florida, although there was still a glimmer of hope that the technologies we experienced in Communicore could just around the corner.

The highlight of our EPCOT visit dinner at Biergarten — although I didn’t realize it at the time.  Tired, thirsty, and sore from walking, being at a table service restaurant was the last thing I had wanted the day we went to eat our schnitzel.  But, when we went back for New Year’s 2012, I made sure that Chris was able to experience it — and that I was able to relive a piece of my childhood.

Finally, Disney-MGM Studios had only been open a year or so — and I was enamored with the “Mickey Mouse Club.”  Every day after school, I’d rush home to watch it, and I wanted nothing more than to be on it.  I’d have to settle for a t-shirt on this trip… but that’s okay.  Sadly, there’s not much left at Hollywood Studios today to remind you that at one time there really was live TV production that would go on in the park (the soundstages where MMC and other shows were filmed now house Toy Story’s Midway Mania.)

As for the ears… I still have them (even though I don’t have a picture with them in the parks.)  They — along with a stuffed Mickey that I still have in my room — were bought at a Disney store in Lake Buena Vista (and not in the parks.)  And (likely to prevent my jerk older cousin from crushing them/smushing them/throwing them off Splash Mountain), they were safely packed away for the trip home.  I’m glad they were… they’re a great keepsake that I’m happy to have to this day. 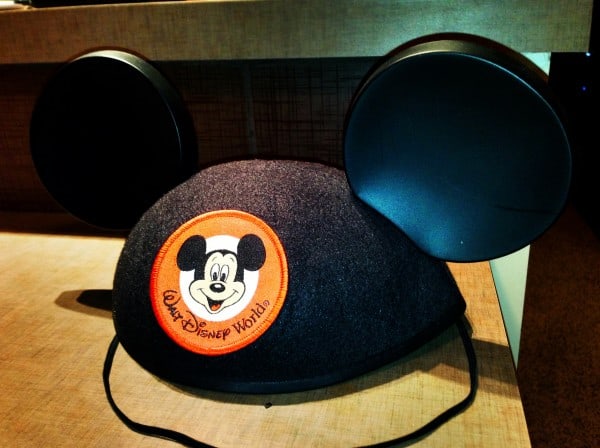 Submit your own “Show Me Your Ear” article and be featured on Fat Hobbit!