In celebration of my new job I decided to take a very quick trip down to California and check out Disneyland. For those of you that have been following my Trip Reports this is my 3rd Disney Resort this year. I’ve been to Walt Disney World in May 2010 and Tokyo Disneyland in June 2010. 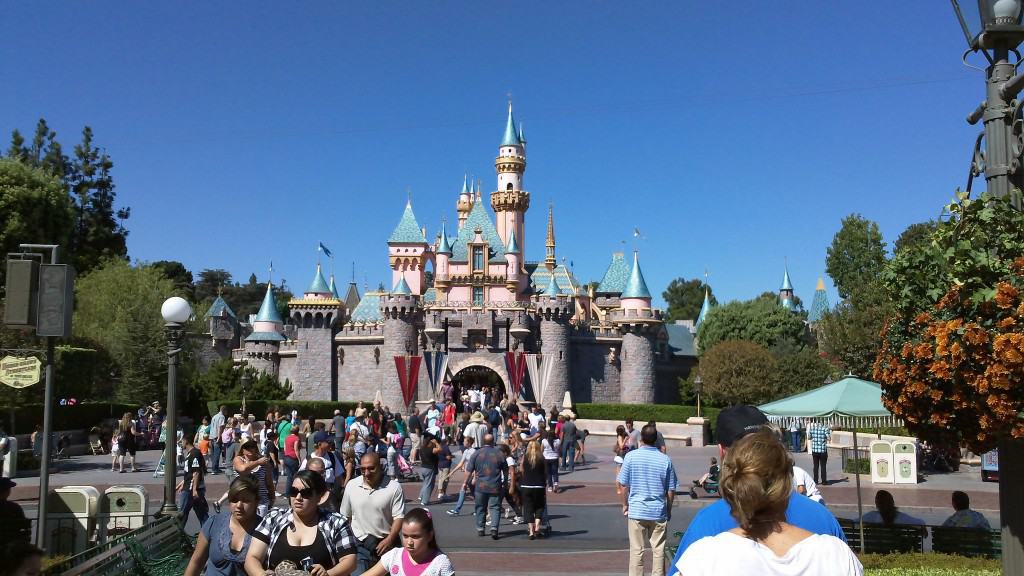 The infamous Castle that needs no introduction.

This trip was very spontaneous in that I did not plan this at all. I found out I got the job I wanted on the Tuesday and booked my flights to LAX that same evening. Also bought my 2-Day Park Hopper pass. I was well on my way to Disneyland! I’ve always wanted to see a Disney Park during Halloween and I figured this would be my only chance for a long time. Since I probably won’t be using my holidays during this time of the year.

I arrived in Los Angeles on Friday, September 17 and spent two days there checking out the sites such as Hollywood and Beverly Hills. This trip was spontaneous so there was no time for myself or my friend Patrick to plan what we were going to do on the days we were not in the Parks. It all worked out in the end! 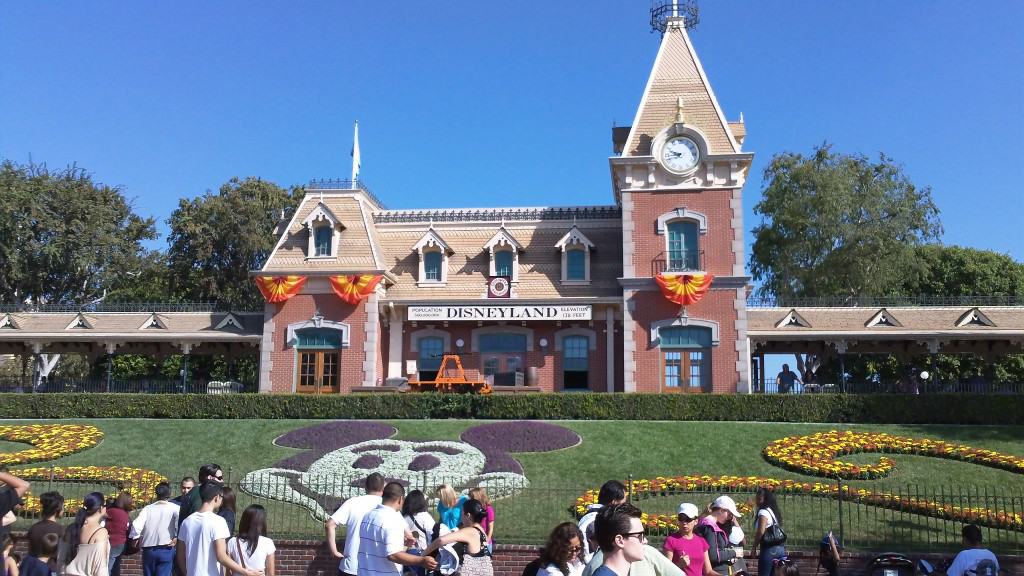 Sunday, September 19th was the first day in Disneyland. Got up extra early so we could make it there for rope drop at 9am. I learned the hard way that transit in California is not exactly the best and we ended up missing a couple buses. After an hour on the busy we made it to Disneyland just before the parks opened!

We got into the park and the very first thing we did was grab Fast Passes for Space Mountain Ghost Galaxy and then headed on over to the Haunted Mansion Holiday! The decorations for the Haunted Mansion were absolutely fantastic! It was everything I thought they would be and even more. I’m a huge fan of The Nightmare Before Christmas so this made me extremely excited for this attraction! Going on the attraction was just as good as being outside waiting. I sang along with the songs that played and tried to take in everything that was going by. It had to be hands down my favorite attraction of the entire trip. 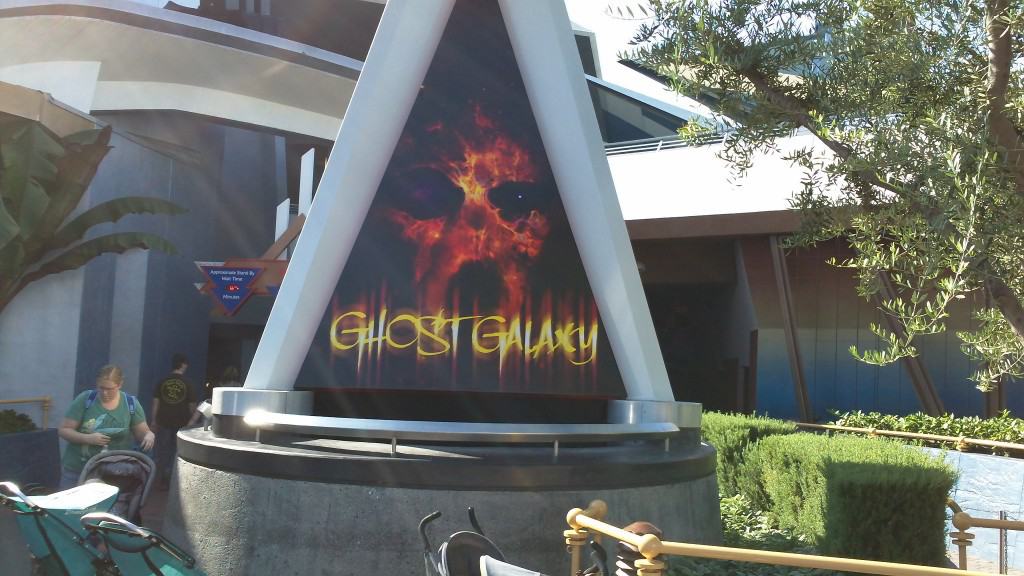 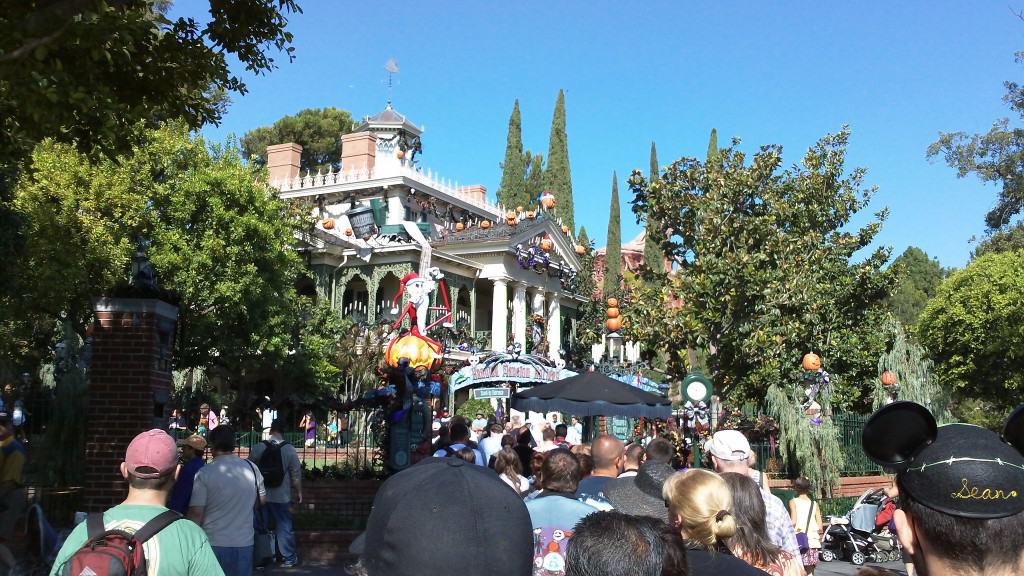 Standing just outside, the line was really long. 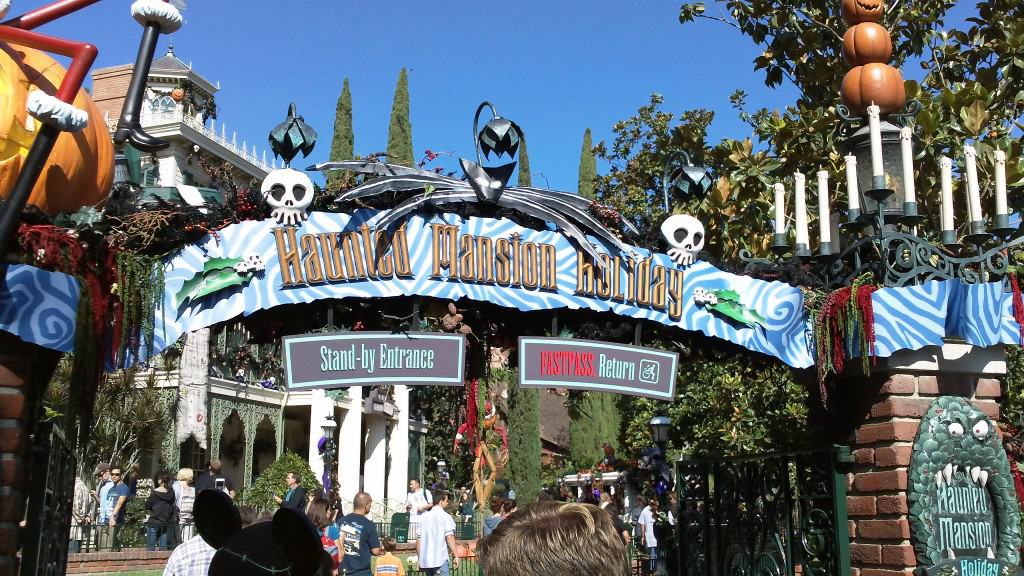 The entrance to the Haunted Mansion! 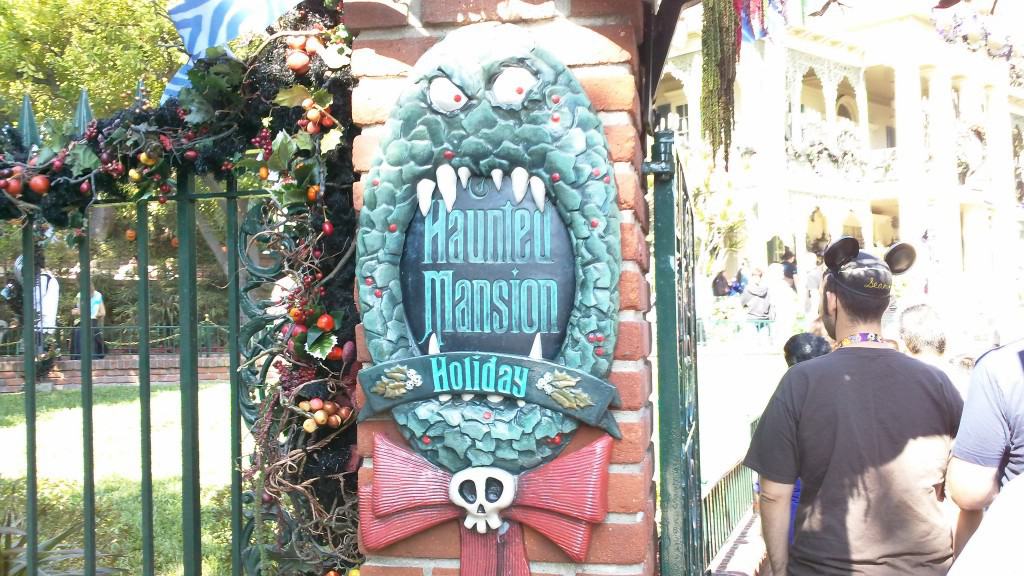 Just heading through the entrance. 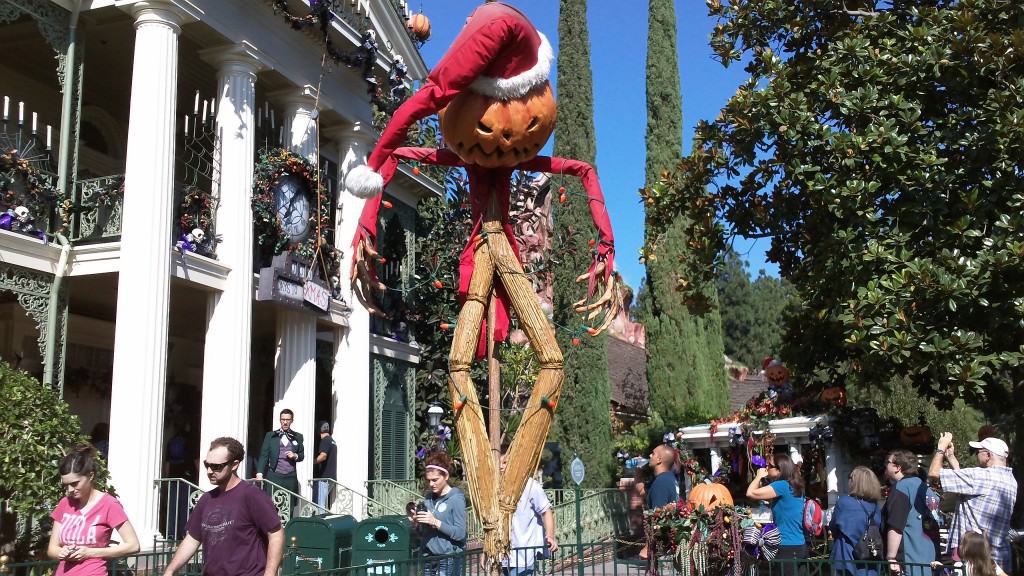 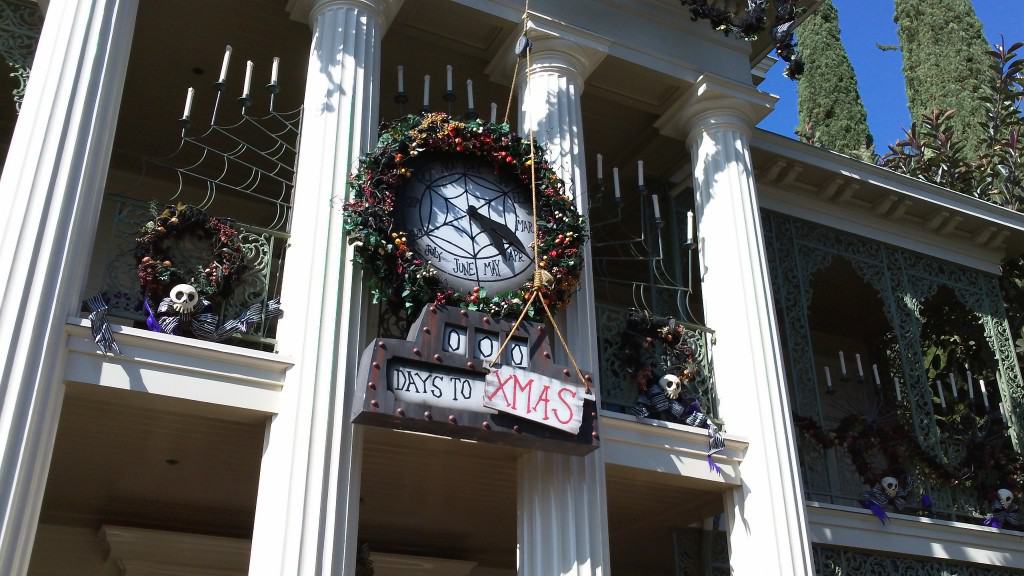 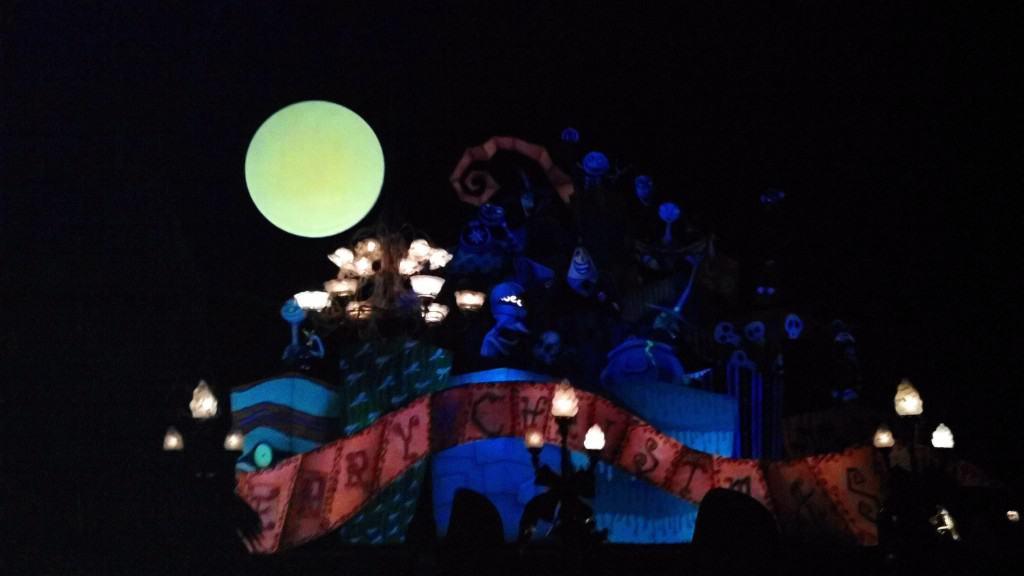 A bit dark but this is inside the Haunted Mansion

I had to stop and take a look at all the nice and subtle decor for Halloween. Main Street USA was dominated by the HUGE Mickey Pumpkin right near the entrance, and at the opposite end where the statue of Walt Disney and Mickey are there’s various smaller pumpkins with characters carved into them. Then you have the lovely Mickey shaped pumpkins made of flowers. 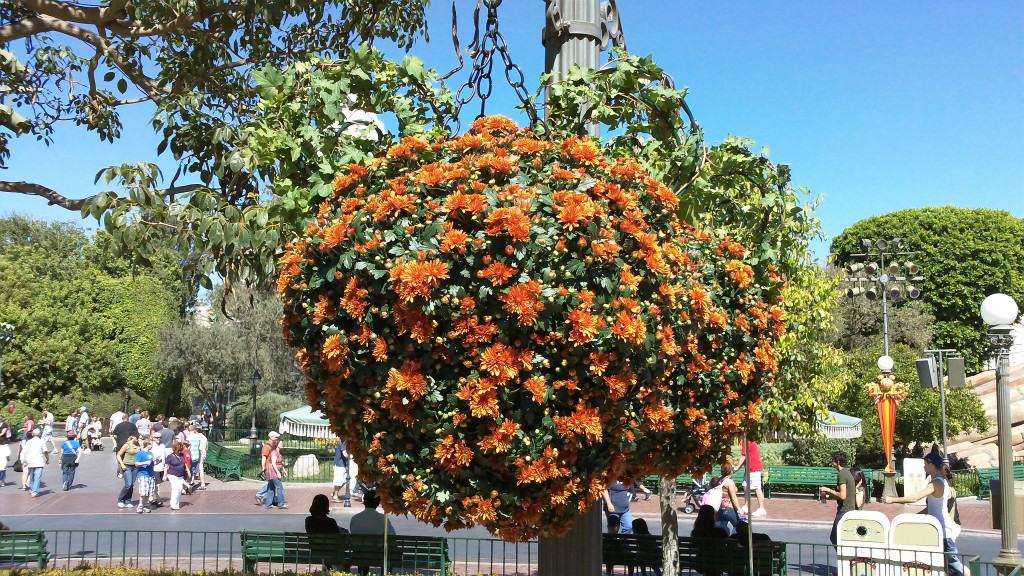 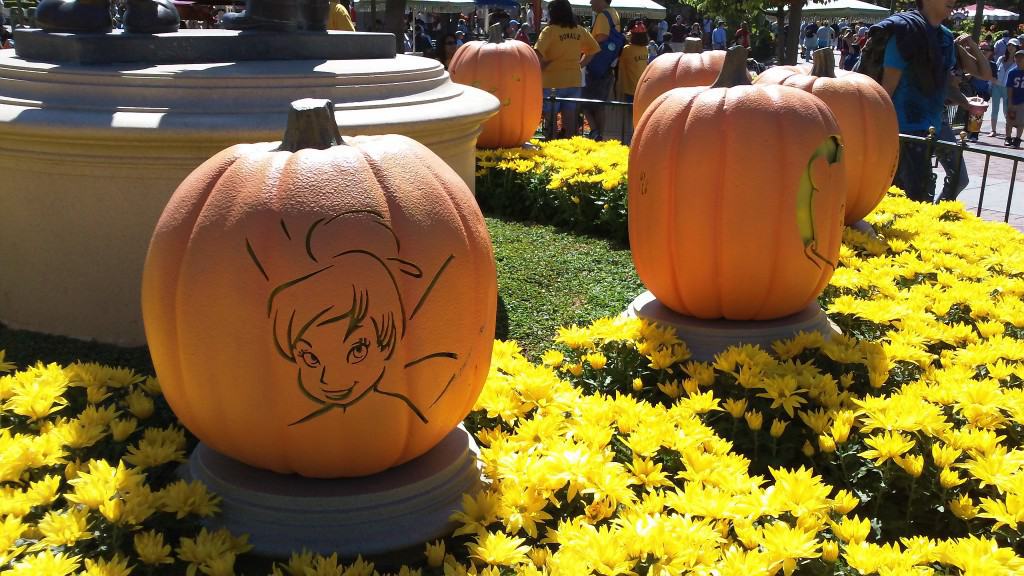 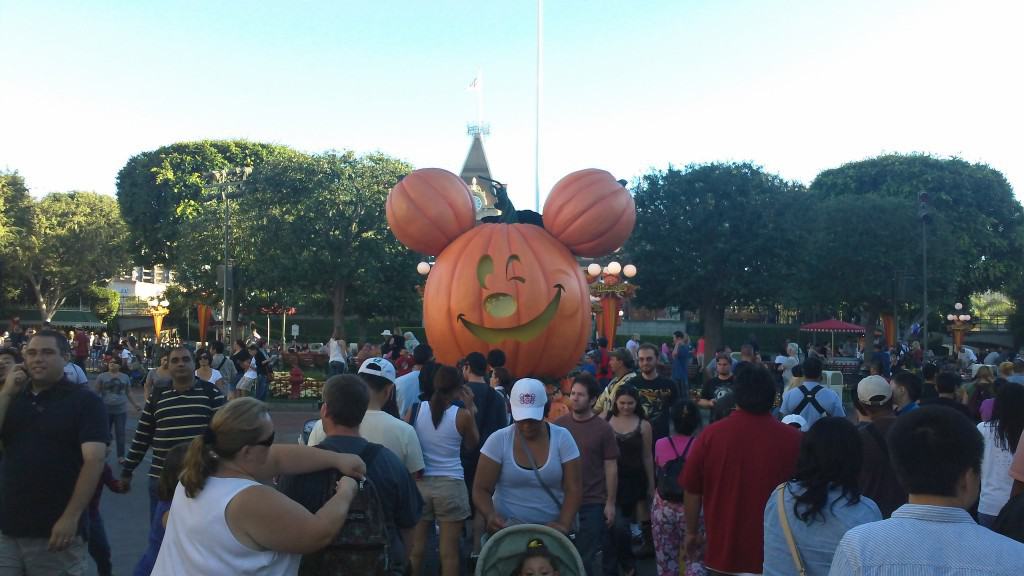 While waiting for our Fast Pass for Space Mountain to start we headed on over the Finding Nemo Submarines. I would have to say that the Finding Nemo Attractions in Walt Disney World and Tokyo Disneyland were much better than this one. While the actual story portion of the attraction was enjoyable the rest was a tad boring.

After that we checked out Captain EO which was right beside Space Mountain. It was extremely retro that it was awesome! Michael always knew how to put on a performance and make you want to join in and dance! The 3D was pretty good too. 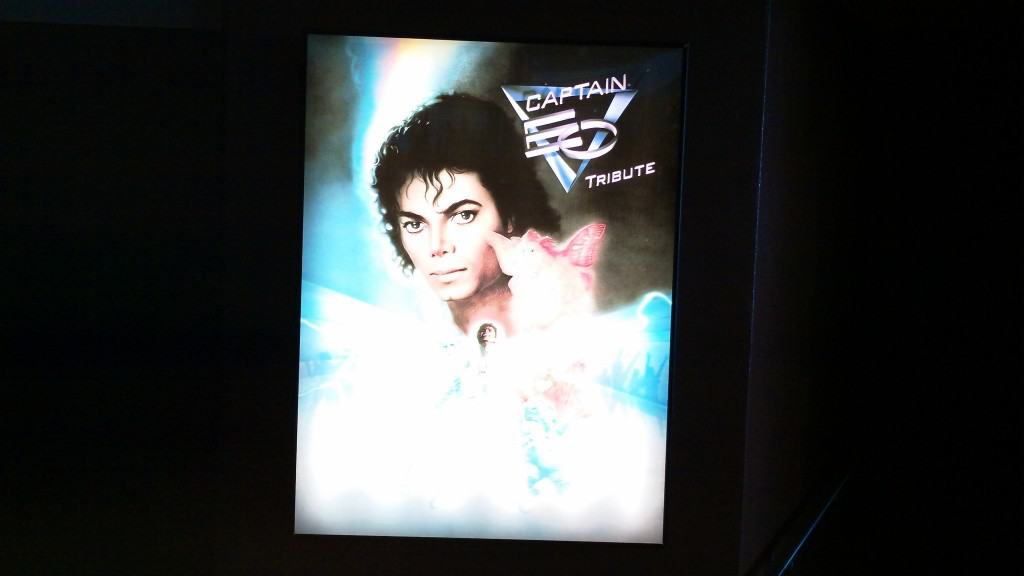 Finally we got to check out Space Mountain Ghost Galaxy and was it worth the wait! Normally I love this attraction no matter what but the simple ghosts they added during the ride and the change of music made it that much more fun. 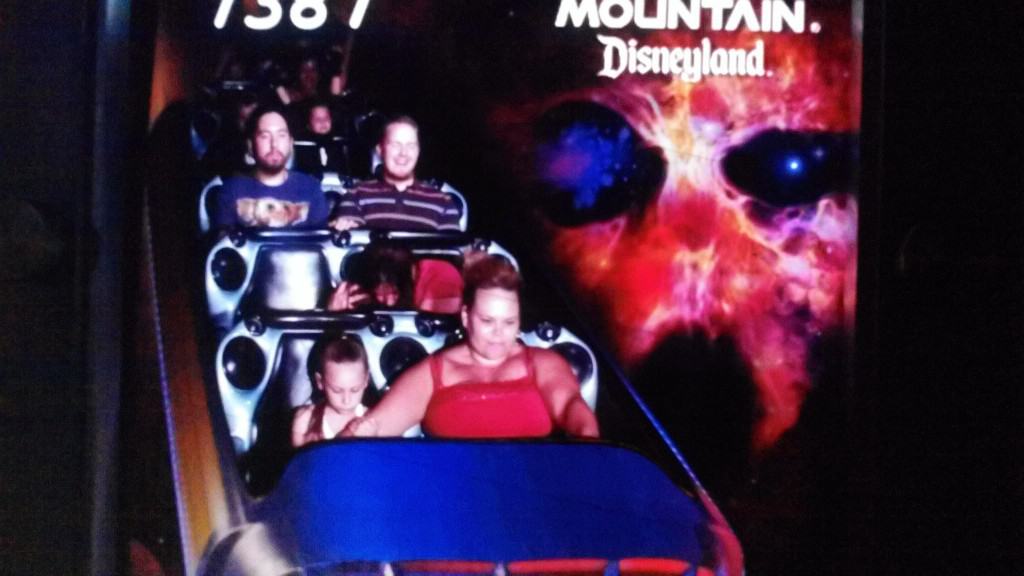 After that we grabbed a Fast Pass for Splash Mountain and went on Big Thunder Mountain and It’s A Small World. Normally I’d skip It’s A Small World but my friend had never been on it before so we had to go on it. Splash Mountain got us both pretty soaking wet. It would have been really fun but we had a guy on the ride that was yelling, screaming, and swearing thinking he was being funny, which he wasn’t. 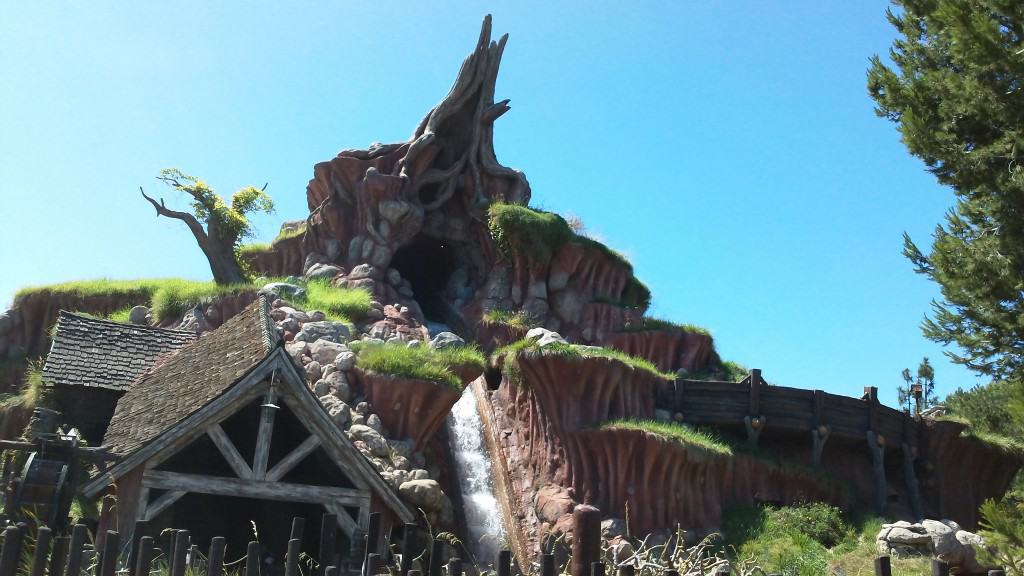 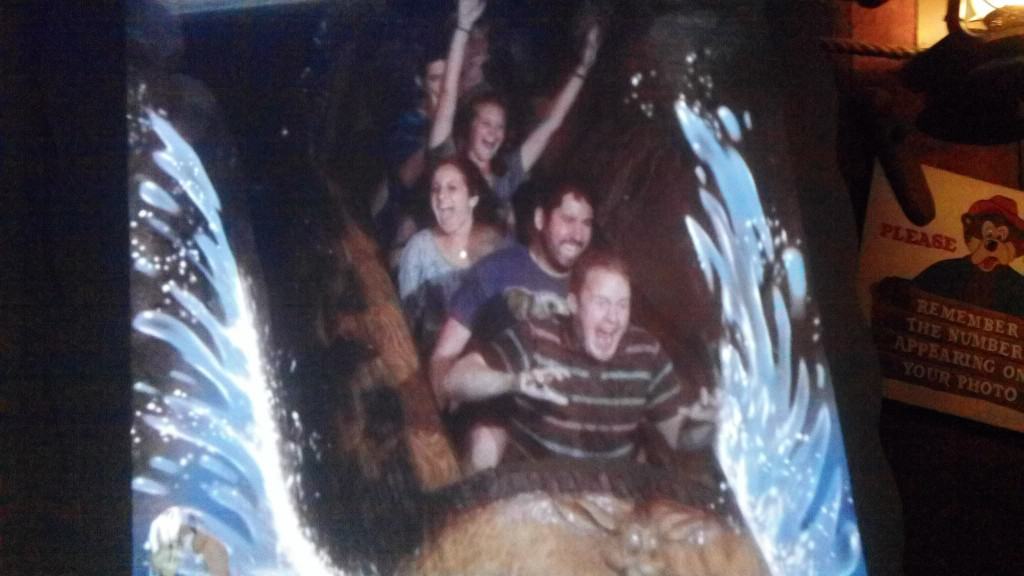 We decided that we wanted to do Space Mountain again so we went and grabbed a Fast Pass for it again. It was for later in the evening so we had plenty of time to go to other attractions and check out the parade in the afternoon.

Headed to Mr. Toad’s Wild Ride and as soon as we got into line the attraction closed due to some issues, so we headed over to Matterhorn. We got up to the area where you wait to board then the attraction stopped running and we had to wait about another 30 minutes for them to fix the issue. The Cast Members were really nice about the entire thing. They asked if my friend and I wanted to sit together, we both looked at how the seating looked and we both said no. If you sit together the person in front has to sit between the other person’s legs. We’re not exactly small guys and it would have been awkward! It was an enjoyable ride just a typical roller coaster type ride with some really sharp drops. I can see you completely flying out if you didn’t have your seatbelt done up properly. 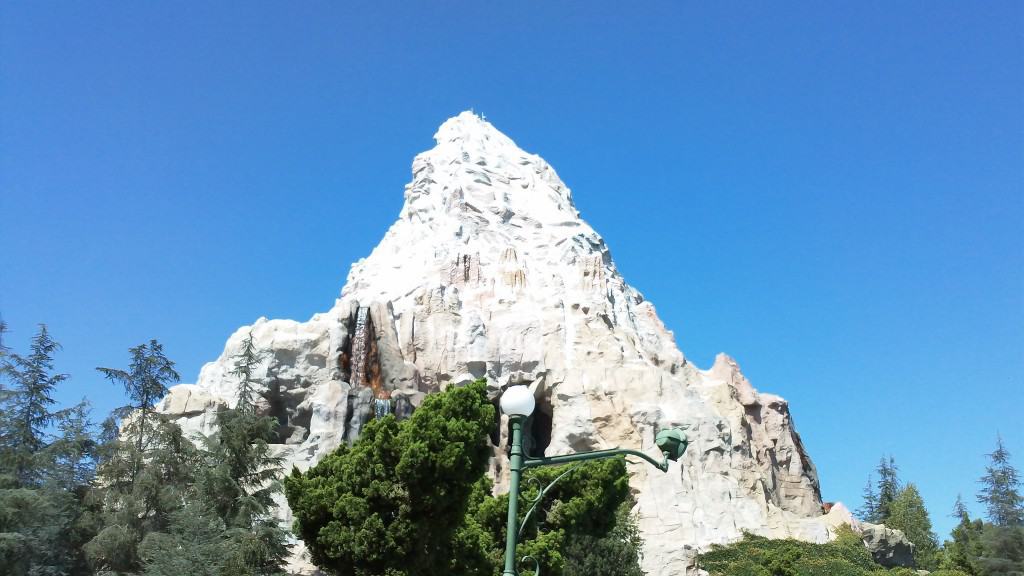 After that we grabbed a spot near It’s A Small World for the Celebrate! A Street Party. I got a video of the entire performance to share.

Indiana Jones Adventure was our next stop when we got very close to the front the attraction stopped working twice in the span of 15 minutes. What should have been almost a walk on ended up being over an hour of waiting. I was beginning to think we were having just really bad luck today. I didn’t get upset/angry at this since things happen but it was happening quite a bit!

I got to catch Jack and Sally near the Haunted Mansion, but sadly when I got into line to get my photo with them they were done their greetings until later in the afternoon. I never did get my photo but at least I got to see them! I’m very easy to please.

After supper (outside of the park) we came back to use our Fast Pass for Space Mountain. Once we got there it was down due to technical difficulties. So we headed on over to Alice in Wonderland which was very enjoyable minus the fact that someone left a door open inside the attraction. During the ride where it was really dark we could see into this utility room which really ruined the mood for me.

Before the fireworks we rode Pirates of the Caribbean which was walk on!

“Remember…Dreams Come True” fireworks show made everything that went wrong today fade into the background. It was absolutely fantastic. I recorded about 98% of the show, made the mistake of thinking it was over when it wasn’t.

Overall the day was fantastic, yes there were a lot of attractions that had technical difficulties but those things happen and I didn’t let it ruin my day in Disneyland! I can now finally say I’ve done a Disney Park during Halloween which was my goal of this trip. Luckily the fun does not stop there, the very next day is my day in California Adventure! 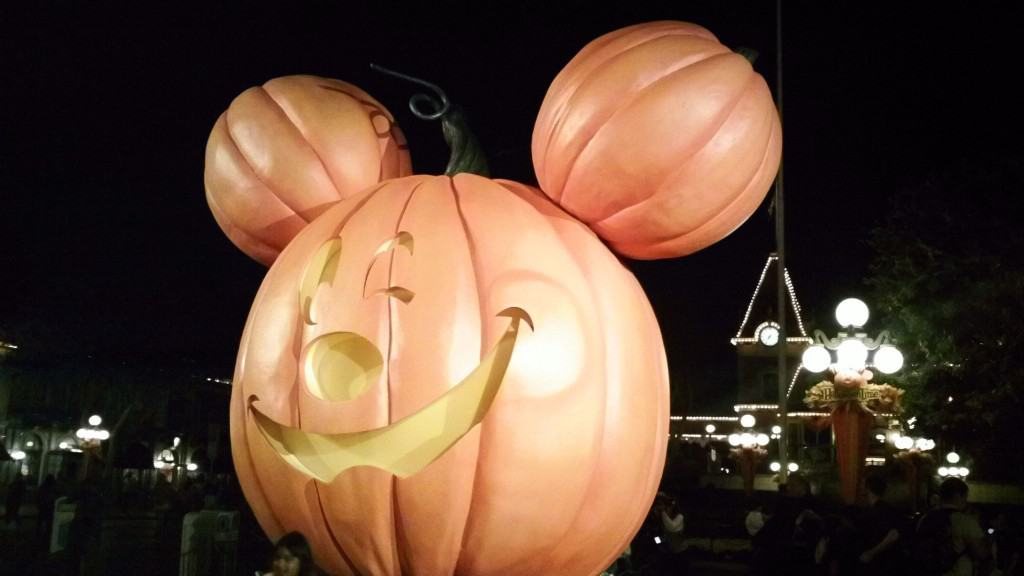 See you next time Mickey!