Super Nintendo World is opening soon at Universal Studios Japan, and we have plenty of details of the new land! Let’s take a look at the most important food in any theme park- popcorn Two new popcorn buckets have been released exclusively at Super Nintendo World. In addition, two new popcorn flavors are also making their debut: Caramel Peach and Mushroom Cream.

Make sure to also check out our coverage on Super Nintendo World’s merchandise, food, and more!

There are two buckets to choose from at Super Nintendo World! You’ll find them both at the Pit Stop Popcorn near the entrance to Mario Kart: Koopa’s Challenge ride. 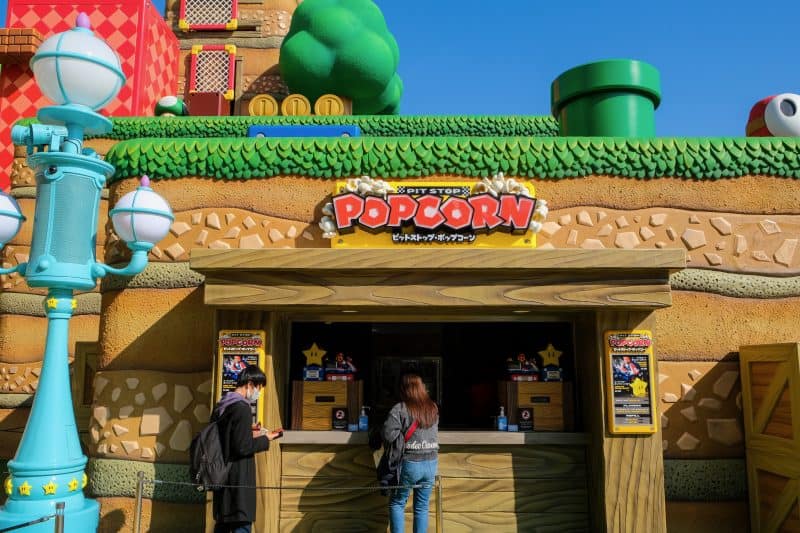 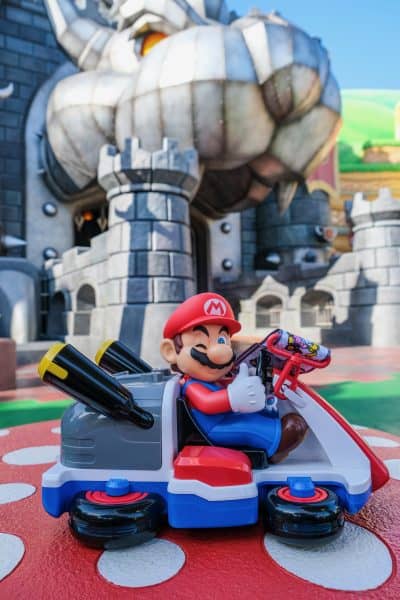 Mama Mia! This popcorn bucket is one of the most stunning at Universal Studios Japan, and costs ¥4,500 (USD$43) with a cup of popcorn! This bucket is exclusively available inside Super Nintendo World.

The back of the bucket opens up, and you can fill it up with one of the two new flavors in the land, Caramel Peach or Mushroom Cream! 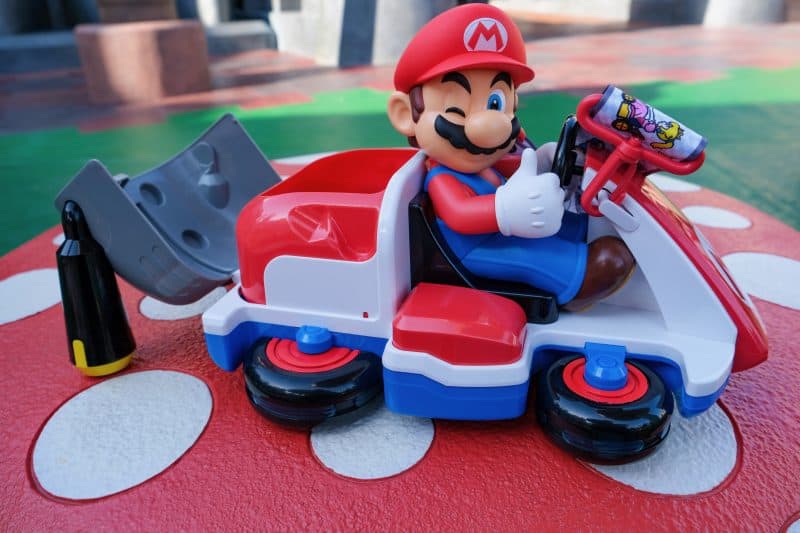 The strap is adorned with characters and items from the Mario Kart franchise, along with the logo for the new Super Nintendo World land!

This bucket can also light up at night! 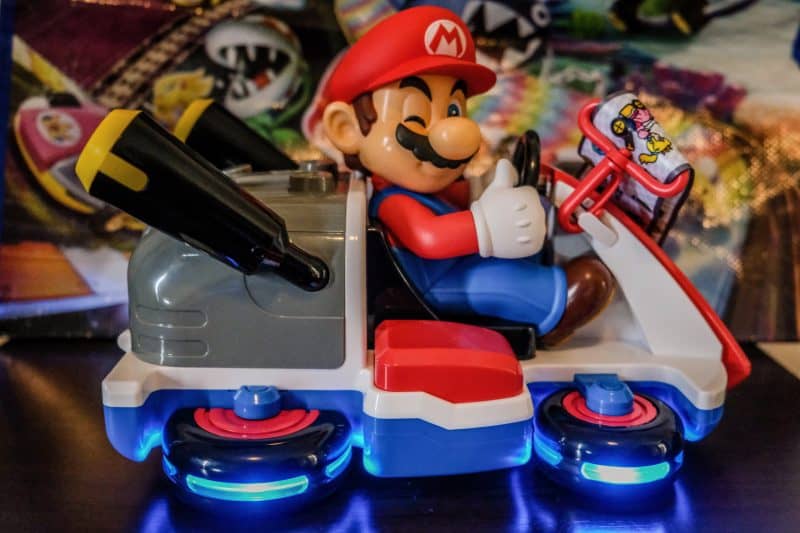 The Mario Kart popcorn bucket is available now during Super Nintendo World’s soft opening, and will also be sold during the land’s grand opening later this year!

It’s time to power up! The Super Star popcorn bucket is available now at Super Nintendo World, at a price of ¥3,500 (USD$33)! 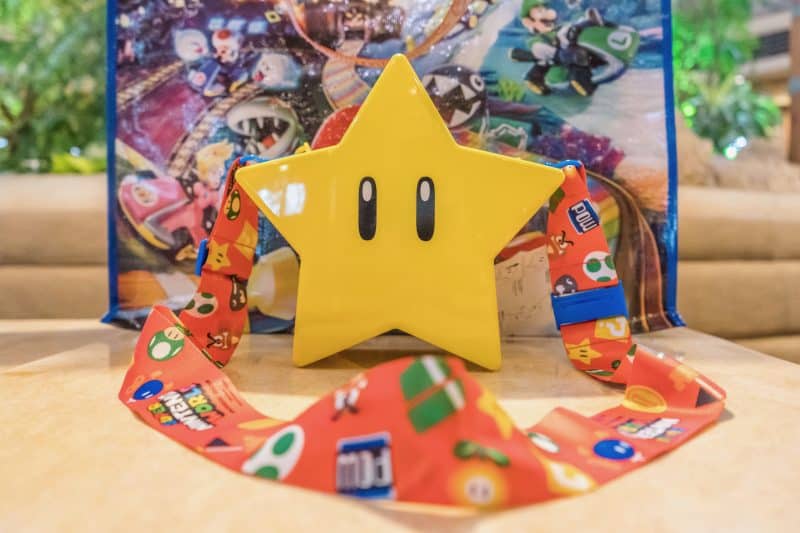 The strap is covered in items and characters from Mario Kart, and of course the Super Nintendo World logo! Open up the back of the bucket to fill it up with one of the new flavors in the land, Caramel Peach or Mushroom Cream. 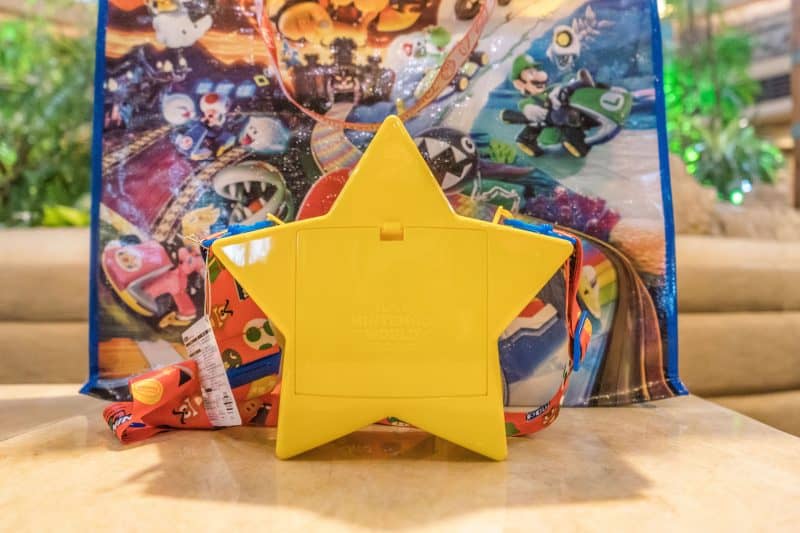 And of course, this popcorn bucket also lights up! 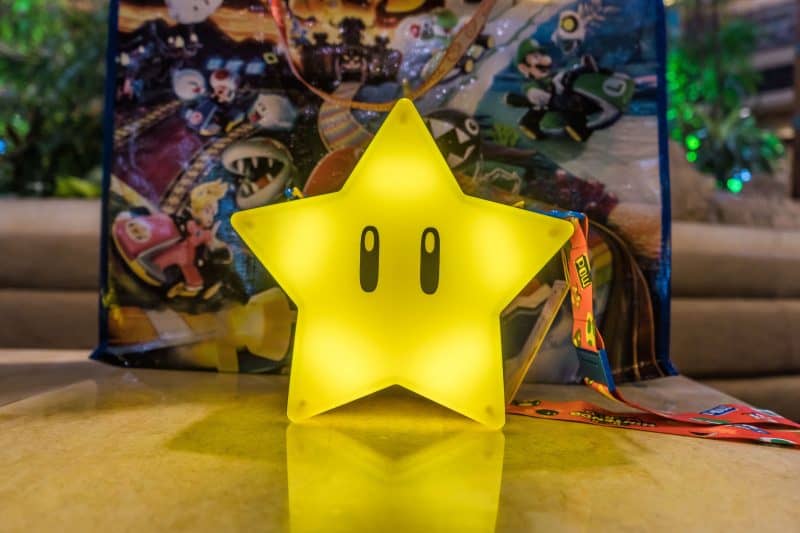 But wait, there’s more! The front part of the bucket is detachable. Just twist it off, and you can use it as its own separate light. 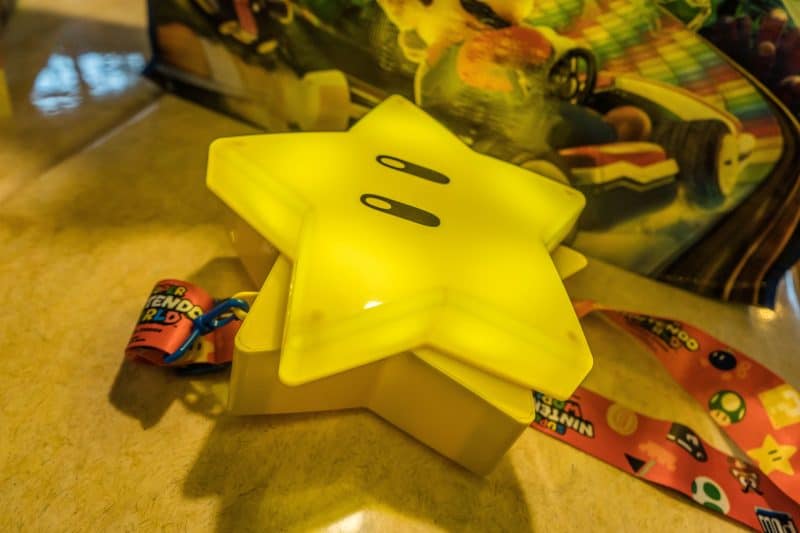 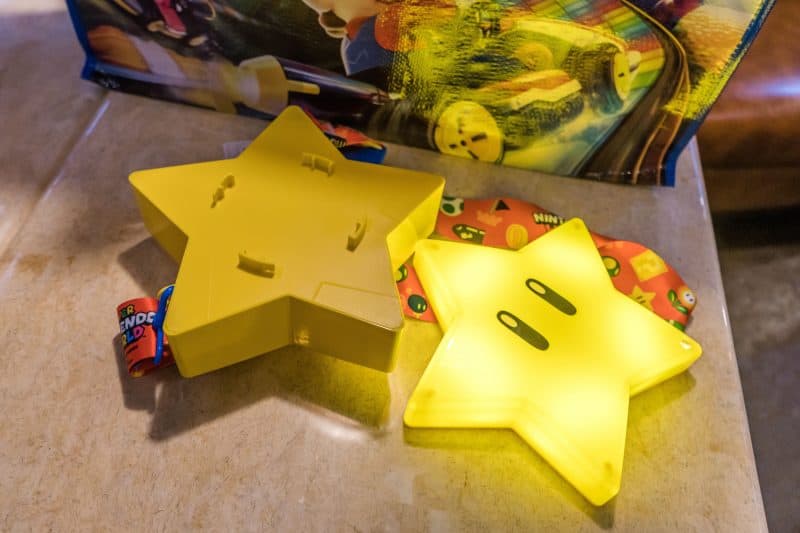 How cool is that?! With these two popcorn buckets, you’ll be the talk of the Mushroom Kingdom! Let us know in the comments below which one you’re planning to get when you visit Super Nintendo World! Don’t forget to check out all the Super Nintendo World merchandise before you go.