Sweet Duffy is a yearly event which happens at Tokyo DisneySea to fill the gap between Christmas and spring. Merchandise, Duffy costumes, decorations, and sweets span from the Mediterranean Harbour to the American Waterfront. For fans of Duffy the Disney Bear, this is the event of the year. Where DisneySea dedicates (more than usual) an event just for Duffy, ShellieMay, and now Gelatoni. Here’s our full guide to Sweet Duffy at Tokyo DisneySea. Which runs from January 12 until March 18, 2016.

Usually there is no seasonal entertainment for this event, but there is a slight exception this year. “Come Join Your Friends” is a brand new show which debuts Gelatoni as a character in the show. While this show is technically not part of Sweet Duffy, we are giving it a mention. Which has a limited run from January 12 until April 10, 2016.

An event without new merchandise is like having Christmas without the presents. Sweet Duffy focuses on baked good and sweets as part of its limited merchandise. Along with new costumes for Duffy, ShellieMay, and Gelatoni. We have a full list of merchandise for you to browse! If you are looking for a cheaper gift, the special monorail ticket is the perfect souvenir. 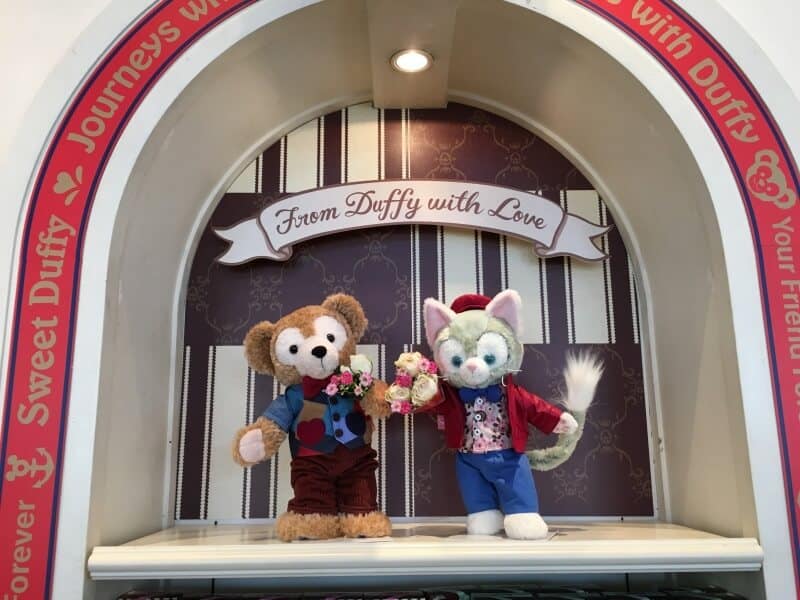 Sweet Duffy decorations are scattered from the Mediterranean Harbour over into the American Waterfront. No shortage of cute decorations to take photos of!

Mediterranean Harbour is decorated with subtle but notable decorations. Umbrellas above the tables at Mamma Biscotti’s Bakery and Gondolier Snacks have cute patterns on them. In front of the harbour is a cute “centerpiece” display with Duffy and Gelatoni on it, perfect for photo ops. Over in the American Waterfront, specifically the New York Deli Restaurant (highly recommended), McDuck’s Department Store and American Waterfront Park are more decorations. 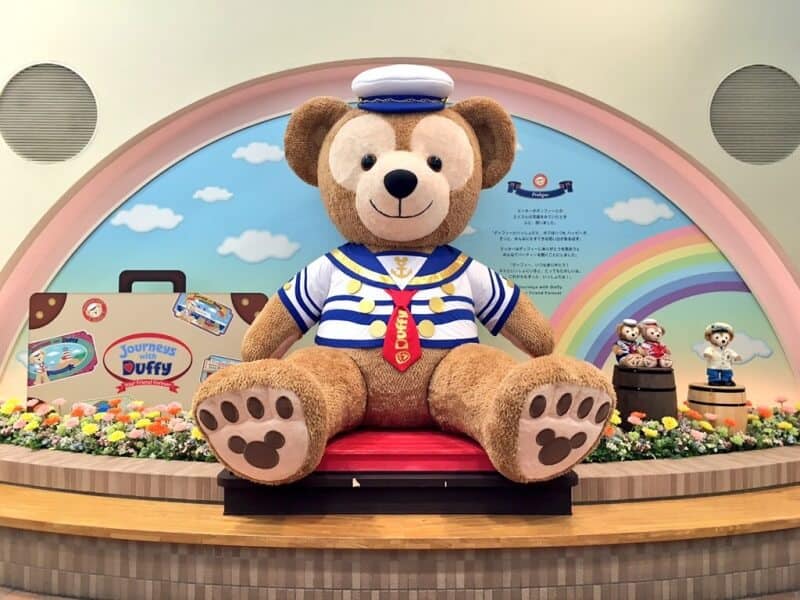 A gigantic Duffy is set up at the Monorail Station.

At the New York Deli is a special table setup for guests to take photos of their Duffy Bears. Perfect if you wish to get that adorable photo. This spot has Cast Members who take your photo as well. McDuck’s has window decorations for both the 10th Anniversary and Sweet Duffy. What more could you ask for? 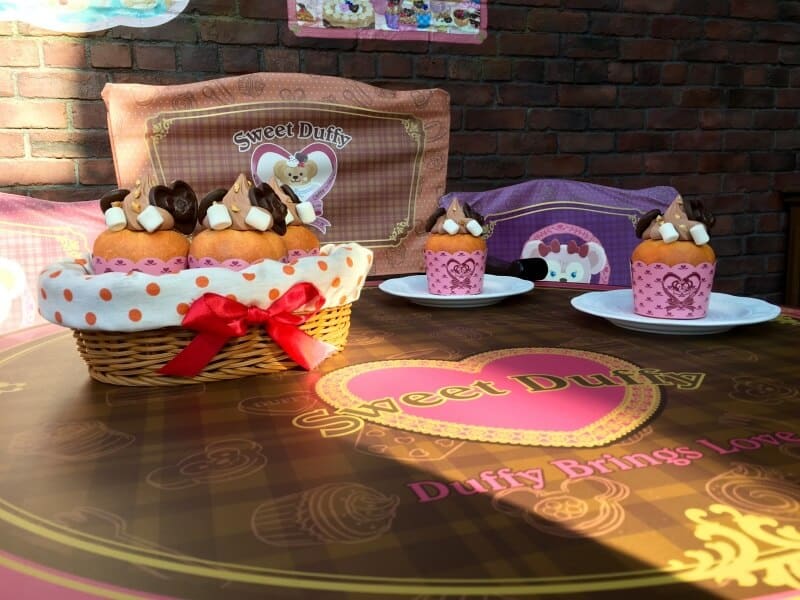 Take photos of your adorable Duffy with this cute setup at the New York Deli in the American Waterfront.

Sweet Duffy is not complete without all the sweets. From delicious hot chocolate and raspberry sauce to mouth-watering chocolate brownies. It is a paradise for those with a sweet tooth. We have a full list of all the sweets avaialble at DisneySea! 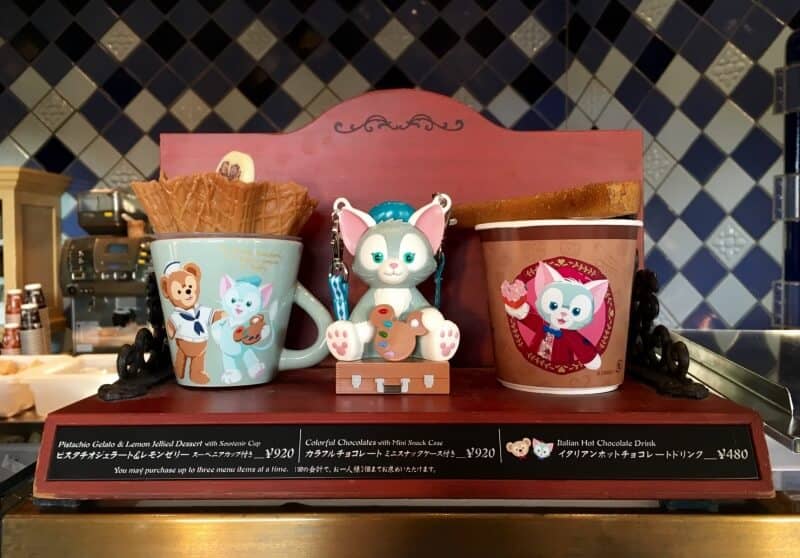 Hard to choose which one!? 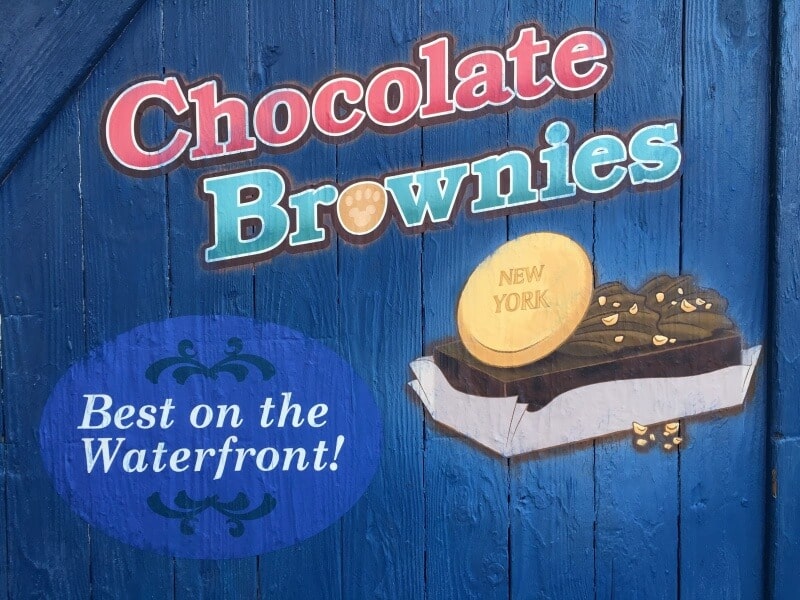 Next time brownie, next time!

Overall Sweet Duffy this year is a nice subtle event at the park in between seasons. Getting us ready for the “Year of Wishes”, which starts April 15! If you are at the parks on April 15, “come join your friends” as we have a special meetup happening that day!