Oriental Land Co. has made a huge announcement for their future plans (read the full details in Japanese and English) for the further development of Tokyo Disneyland and Tokyo DisneySea. This includes a 500 billion yen investment over the next 10 years. We will see a Fantasyland expansion and a new themed land at Tokyo DisneySea, along with some other improvements to the parks. 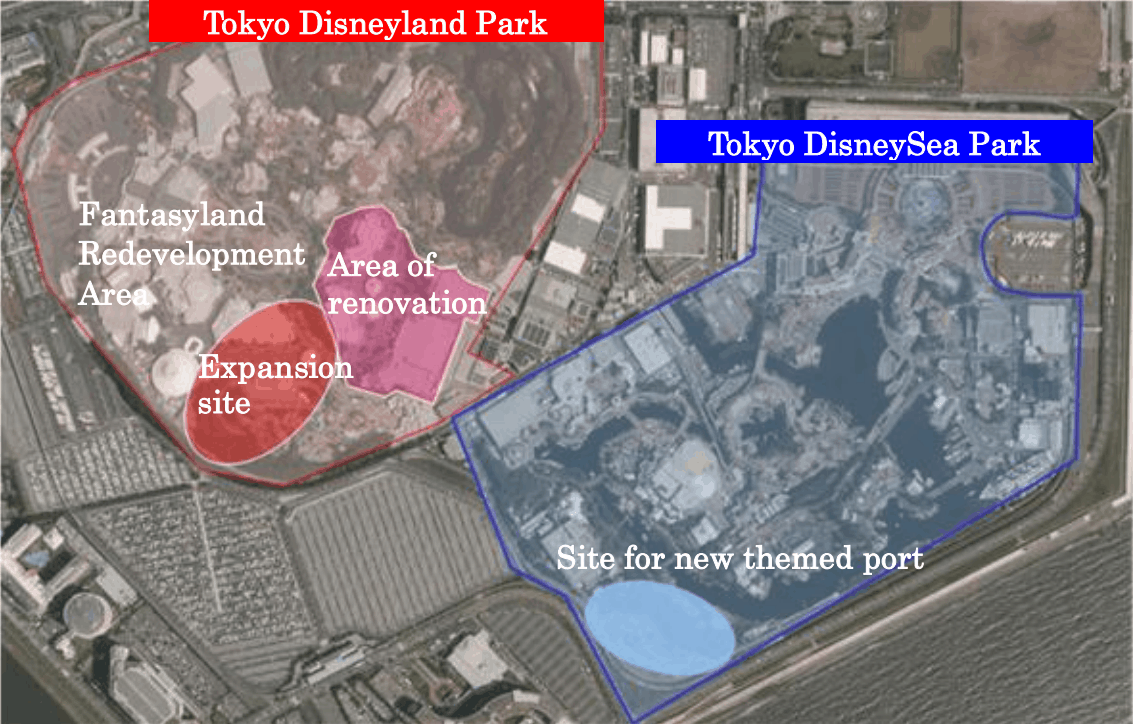 The land will be doubled in size along with major new attractions, restaurants, and shops. It will also take out some of Tomorrowland, but Toontown will stay intact. Which is a good thing.

The plan for Tokyo Disneyland Park centers on the redevelopment of Fantasyland, which will nearly double the size of the themed land. Work on implementing this large-scale area development has already begun. In addition to the renovation of the existing Fantasyland, major new attractions, restaurants, and shops will be be included.

OLC has not shared any specifics as to what will be going in the new Fantasyland.

Development of a new themed port in the expansion site located south of Lost River Delta. This eighth themed port will include major new attractions, restaurants and shops. OLC has not shared and specifics as to what will be going in this new port as of yet.

There was more news about the Mediterranean Harbour in regards to the construction that is taking place. The harbour will be getting a moving stage along with more seating.

OLC will also further invest in:

There has been no word as to when any of these will completed. This is a huge announcement about Tokyo Disney Resort! Wonder what will be going into Fantasyland, perhaps something to do with Frozen? What about the new land in DisneySea, I guess time will tell. What are you most excited for? Leave us your comments. We will keep you updated with the latest.

According to the YOMIURI newspaper two attractions will be taken out due to the Fantasyland expansion. Thank you to one of our Japanese readers who shared this information with us. 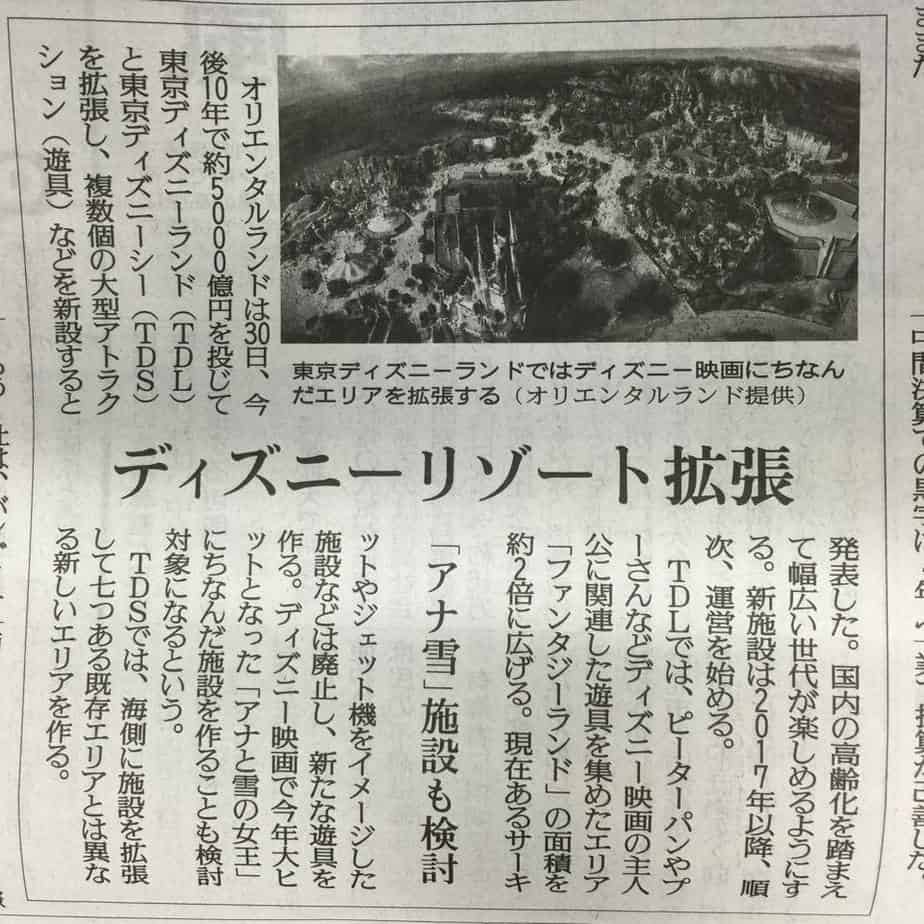 According to the YOMIURI Newspaper two attractions will be taken out completely.