Things are slowly, very slowly, picking back up at Tokyo Disney Resort. With the opening of Ikspiari that happened on June 1 to the testing of social distancing in front of the Parks. There’s still a lot happening at the Resort! Let’s take a look, shall we?

Before we begin, I want to reiterate that we still don’t know when Tokyo Disneyland, Tokyo DisneySea, or the Hotels are reopening. 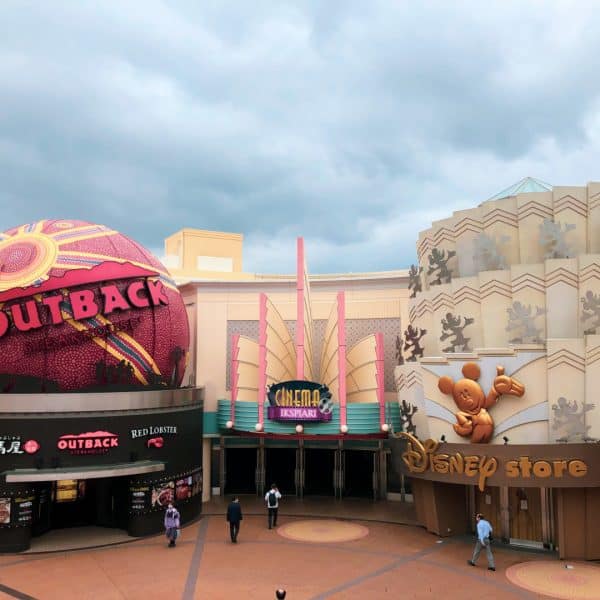 The shopping complex at Tokyo Disney Resort, Ikspiari, reopened on June 1. I mean, it’s a shopping mall, a mediocre one at best. On the first day, the crowds were on the lighter side. But, come the first weekend, it was busy. See more photos and updates from the reopening of Ikspiari.

The weekend crowds brought queues to a lot of popular stores and restaurants. Mainly the Disney Store and Gong Cha. You can watch how the first day of reopening went below.

The expansion at Tokyo DisneySea (set for a 2023 opening) continues during the closures. The construction area is highly visible from the monorail since it’s right up against Bayside Station (where the Hilton Tokyo Bay, Toy Story Hotel, and other hotels are). It’s not the prettiest sight at the moment, but that’ll come with time. Watch the video below of the Tokyo DisneySea Fantasy Springs construction!

Construction of “Fantasy Springs” at Tokyo DisneySea is highly visible from the monorail and Bayside Station.

This entire area is gonna look so different in the coming years ?https://t.co/5cBXloYJkL pic.twitter.com/RMrINNlfZT

Yes, the monorail at Tokyo Disney Resort hasn’t closed. Even with the Parks and hotels closed, there are people who still work in these areas and need a way to get there.

Both entrances at Tokyo Disneyland and Tokyo DisneySea have set up what appears to be testing for social distancing. Green tape is laid out on parts of the ground. I think it’s testing because the green tape wouldn’t hold up against guests walking over them. It’s much easier to test with tape you can remove easily before putting in semi-permanent markers. 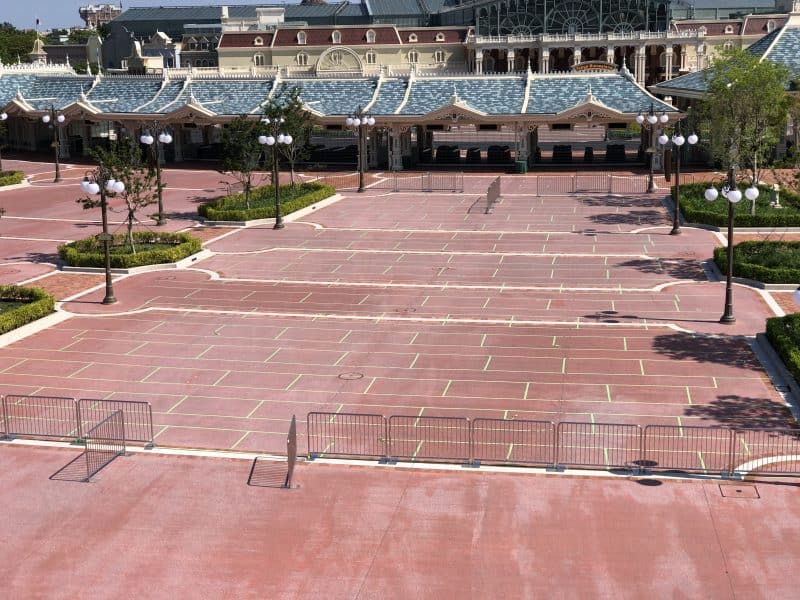 Social distancing markers at the entrance to Tokyo Disneyland 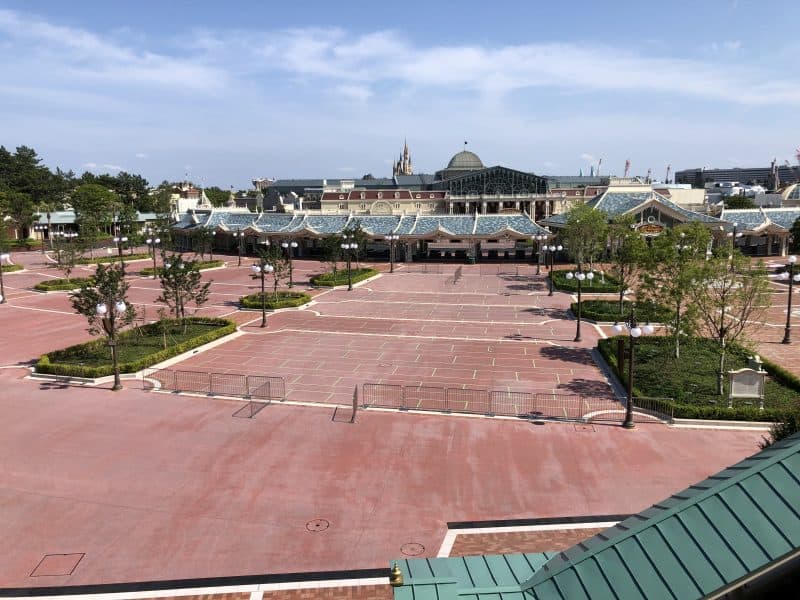 A zoomed out look because I can 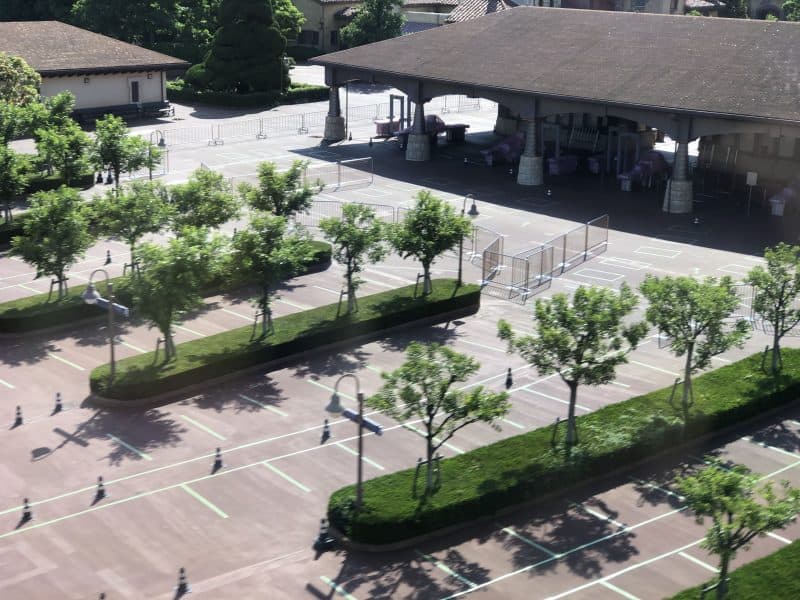 Even Tokyo DisneySea is getting in on the social distancing action 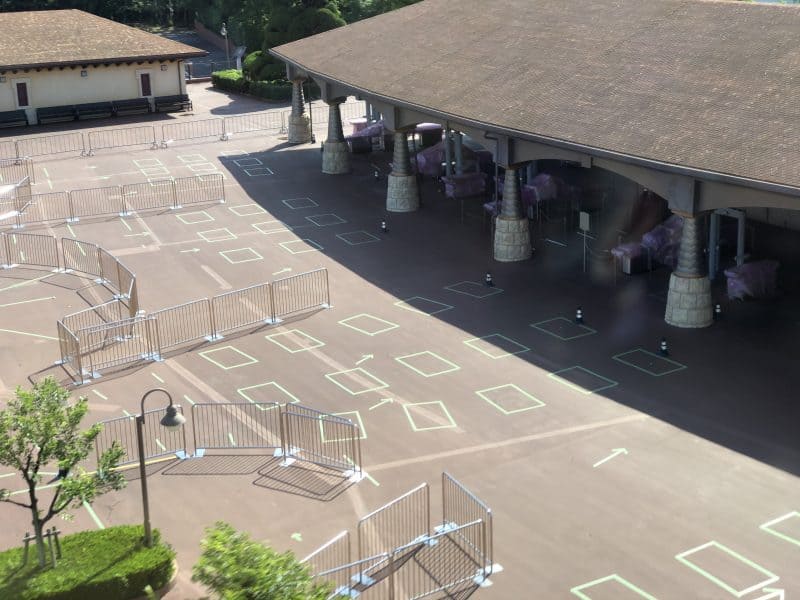 I’m curious to know how many meters of tape was used? Not that it’s useful information to me, I’m simply curious. 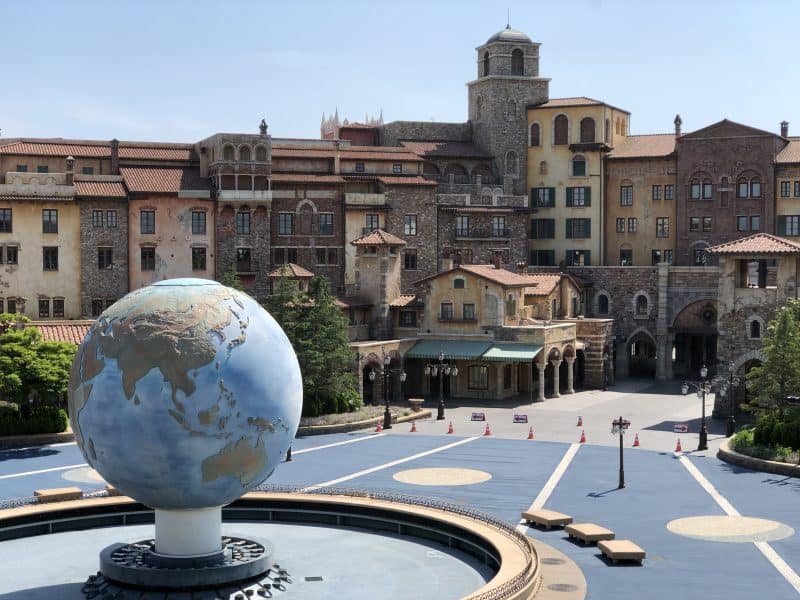 Easter decorations have been taken down along with the finishing of the repainting of the plaza area.

Disney Easter at Tokyo DisneySea was planned to run until June 12, 2020. However, with the closures, the event has been cancelled. How do we know this? Well, the decorations at the entrance were taken down this week. That’s a big indication.

Since the Parks are closed now is a good time to get some work done. The Tokyo Disneyland Hotel has a bit of scaffolding up at the moment. I love how Tokyo Disney Resort puts effort into making the scaffolding resemble closely to the building itself. It’s those little touches that make me smile. 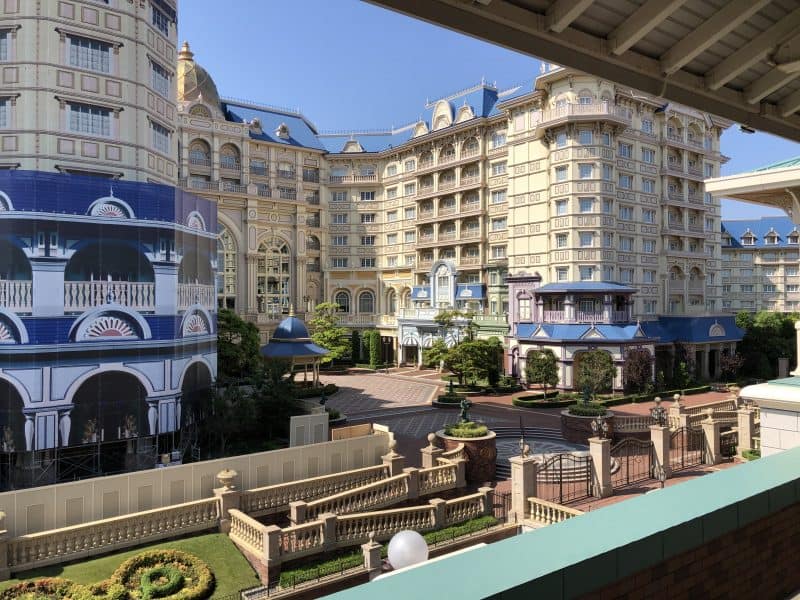 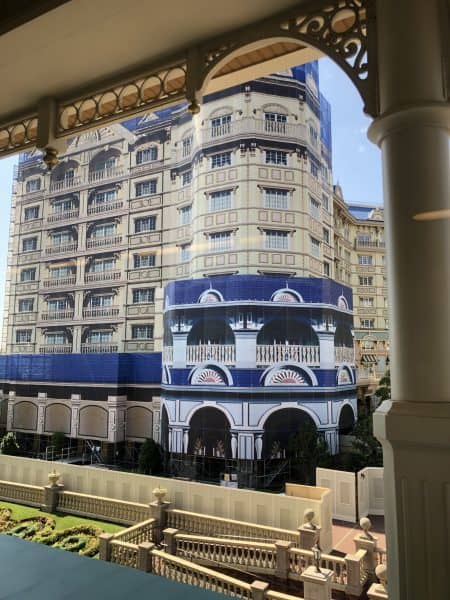 Did you enjoy this type of update? Let me know in the comments!

Again, I want to reiterate we don’t know when the Parks are reopening.