Today marks the 32nd anniversary of Tokyo Disneyland. Which opened its doors to guests on April 15th, 1983 and was the first Disney Park to open outside of the United States. One of the most visited theme parks in the world, only second to the Magic Kingdom in Walt Disney World. To celebrate 32 years, we take a look at vintage photos and videos from years past.

To all of you who come to this happy place, welcome. Here you will discover enchanted lands of Fantasy and Adventure, Yesterday and Tomorrow. May Tokyo Disneyland be an eternal source of joy, laughter, inspiration, and imagination to the people of the world. And may this magical kingdom be an enduring symbol of the spirit of cooperation and friendship between the great nations of Japan and the United States of America.

This parade just screams 80s. A mix of retro music, costumes, and hair.

This part of the parade has to be my favourite, it just sums up the 80s in 5 seconds.

You read that right, Disco Disney. This show ran in Tomorrowland from 1984 to 1991. Lets get our groove on!

At the height of it’s popularity the dance known as ParaPara even invaded Tokyo Disneyland in the early 2000s and lasted until around 2007. During this nighttime show the insanely popular Night of Fire song and dance routine made an appearance (around the 4 minute mark). This high energy show, got everyone dancing!

A short, but sweet, commercial which aired in Japan during the 5th anniversary in 1988!

Yuka Sakuma was kind enough to share some of her vintage photos from Tokyo Disneyland. Thank you to both Yuka and TDR News and Info. 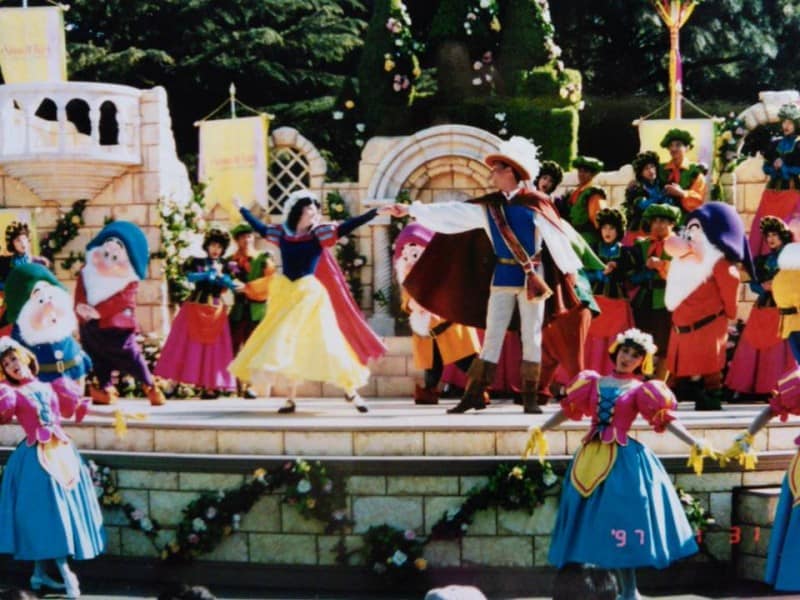 its a small world used to have a stage where shows would be performed! 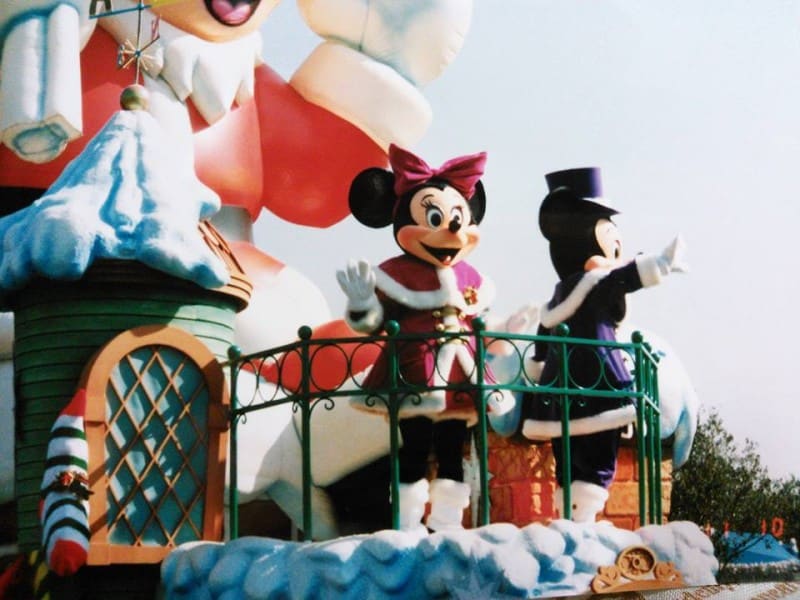 Christmas at Tokyo Disneyland has always be simply magical 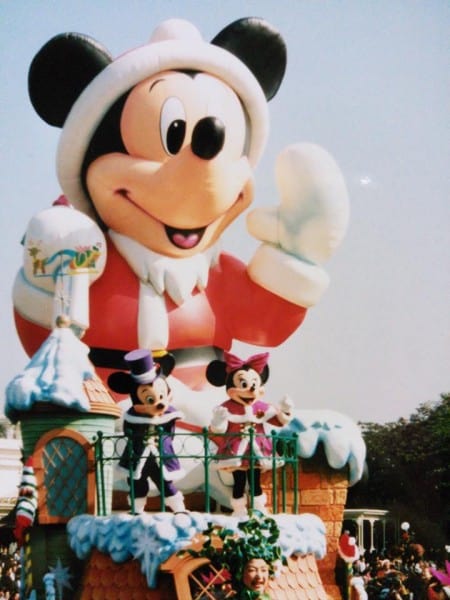 Thankfully, they do not use the big huge scary Mickey inflatable anymore 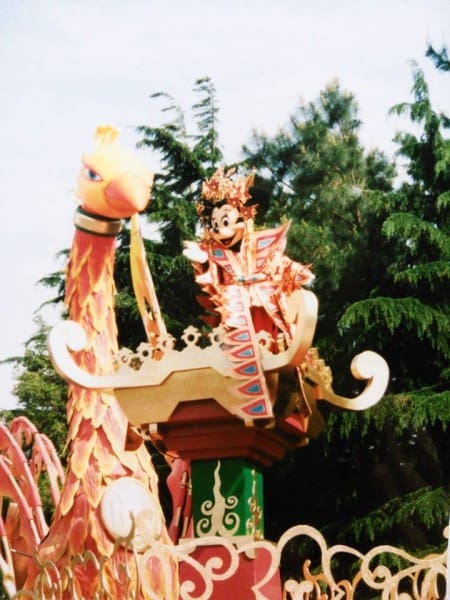 Costumes are still just as high quality as they were back then! Minnie, you always look fabulous! 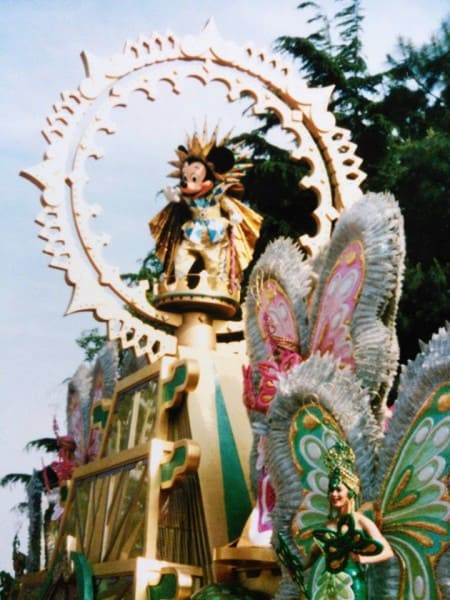 Mickey is never one to be subtle with his costumes. He can pull off just about anything. 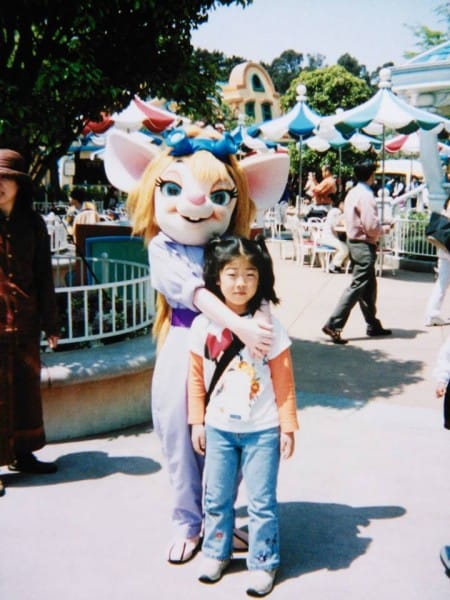 Everyone remembers the Rescue Rangers on Disney Afternoon in the 90s!

Here is to another 32 magical years, and many more, at Tokyo Disneyland! Do you have any vintage photos or videos to share? Please post them in the comments!