Update: Tokyo Disney Resort has announced both Parks are tentatively schedule to open at 14:00 on October 13, 2019.

Typhoon Hagibis is said to bring record winds and rainfall on Saturday. JR East has also said local and shinkansen (bullet) trains are suspended from October 12 to the 13th. Also affected is the Rugby World Cup and the 2019 Japanese Grand Prix.

How to Stay Safe

If you’re in Japan during this time, you’ll want to stock up on food (if you haven’t already) and stay indoors. Keep the TV locked on NHK for any important announcements in case of an emergency or evacuation. If you’re at a hotel, ask the front desk staff what to do in case of flooding and evacuation. We have an article with more advice during a typhoon.

I’m Supposed to Visit the Parks

If you have a dated ticket for October 12, 13, or 14, you’re able to change the date of your ticket at the Resort. Tokyo Disney Resort has said they’ll waive the ￥200 fee. If you’re a guest at one the Disney or Official Hotels, speak with Cast Members for the most up-to-date information.

Here’s a screenshot of the official announcement from Tokyo Disney Resort on the closure due to Typhoon Hagibis. 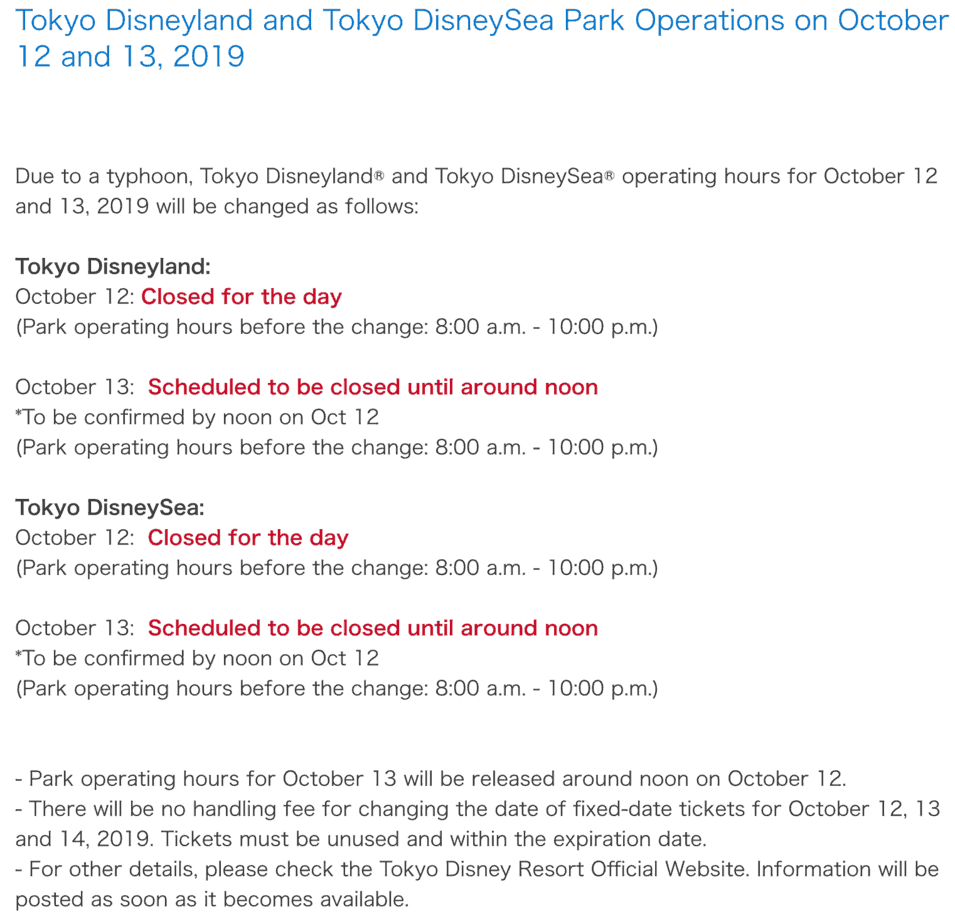 We’ll keep you Explorers updated as we learn more. Be safe out there!