Watch the video below to get an idea of what I am talking about throughout the article. Feel free to use these photos with credit to TDR Explorer.

The Fantasyland Expansion extends into Tomorrowland and now with StarJets closed there is much less space, which causes traffic congestion. StarJets is now surrounded by a wall. On most days, this isn’t an issue but during a parade, this becomes a bit of a pain point.

The wall extends from Tomorrowland Hall (Show Lottery and Star Tours FastPass building) to StarJets and into Toontown. Which leaves little room between Tomorrowland Terrace and the wall. During a parade, this area becomes quite congested so I suggest avoiding it.

Guests are not allowed to sit or stand against the wall during a parade, which is good news if you want photos of characters. This means you get more chances to get better photos of them facing you (since they won’t face the wall). You’re able to do the same thing in Toontown (it’s always been like this) as the characters only have one way to face.

Edit: A fellow Explorer pointed this out — the washrooms across from the construction walls are currently closed. So you’re best using the washrooms by Monsters Inc. or head towards Pooh’s Hunny Hunt. 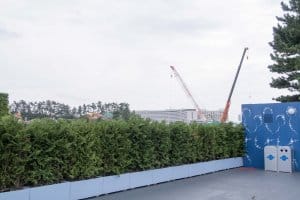 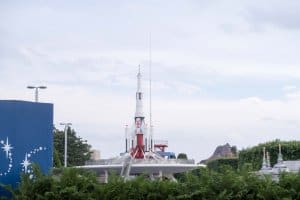 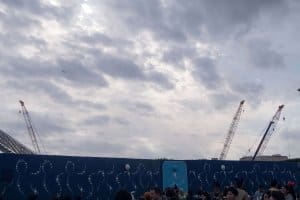 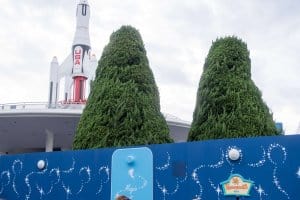 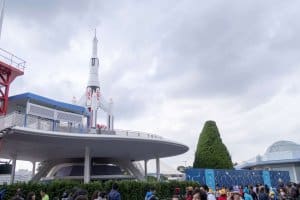 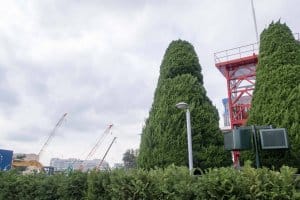 Cranes in the new Fantasyland are 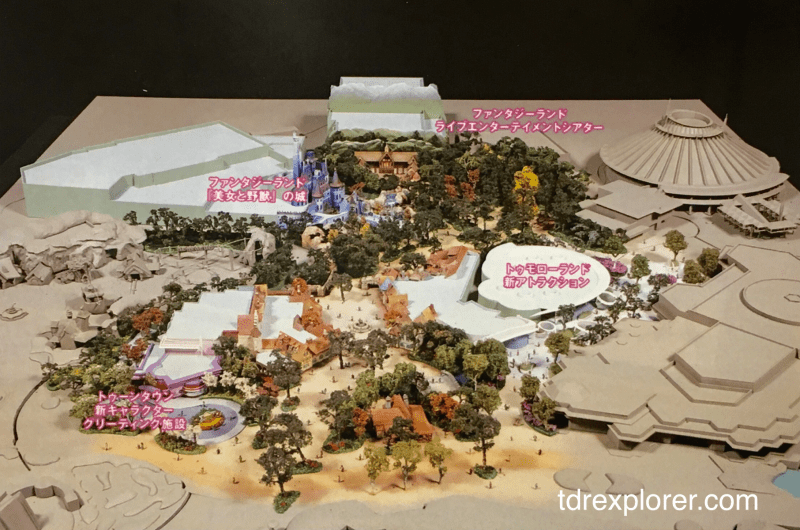 Model of Fantasyland. The top right is Space Mountain and the bottom right is the Tomorrowland Terrace Restaurant. The area to the left is where Grand Circuit Raceway and StarJets used to be.

More cranes are now in the expansion area for Fantasyland. If you ride the monorail, have a park view from an official hotel (Hilton Tokyo Bay), or ride Gadget’s Go Coaster (Toontown), you’ll have a clear view of the work from behind. Within the park, you’ll see the cranes. 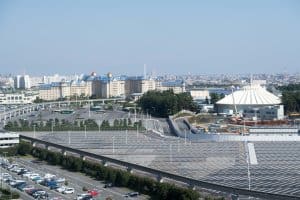 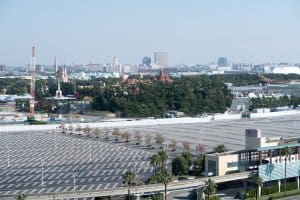 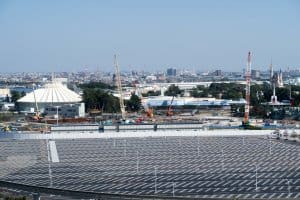 The walkway to Toontown is now much more narrow due to the walls that went up around StarJets. Before, it was a wide open space with nothing there (the original sign was removed earlier this year). There are no issues here with congestion or guest flow. 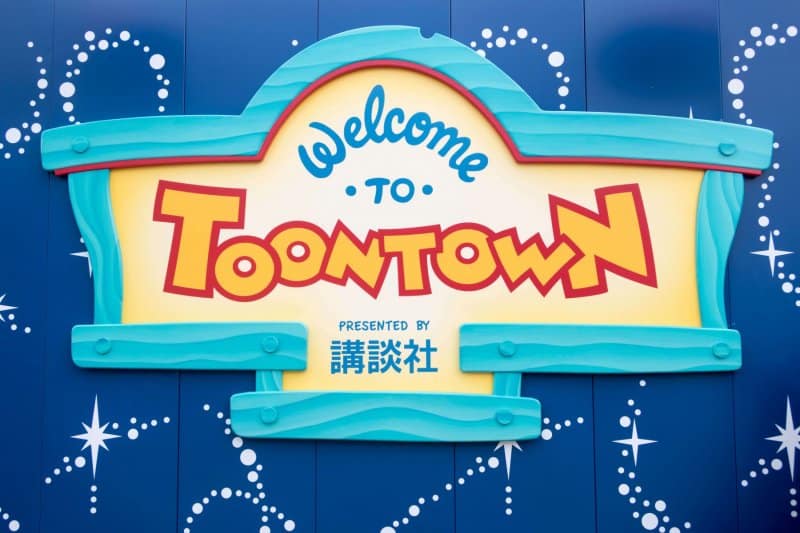 “it’s a small world” reopens on April 15, 2018, to coincide with the Tokyo Disney Resort “Happiest Celebration!” 35th Anniversary. and kicks off the year-long celebration. The scrim now has the facade of “it’s a small world” on them, which makes it not look as much of an eyesore anymore. There’s now signage on the colourful wall around the attraction. 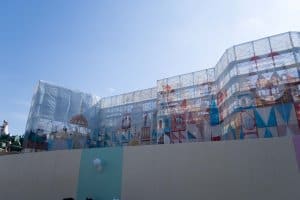 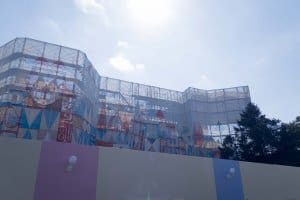 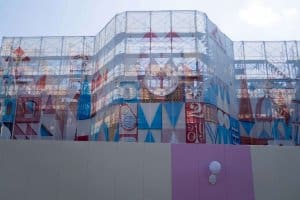 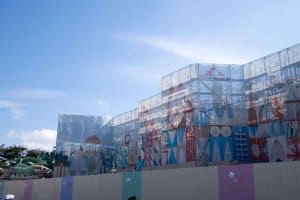 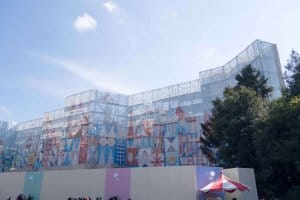 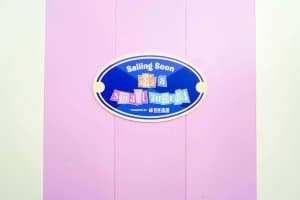 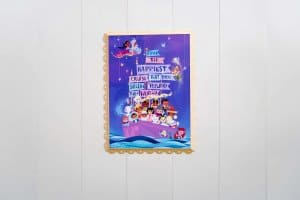 The colourful walls are popular for taking selfies and is perfect for me to take photos of myself in my new Pizza Sweatshirt! Walk by this area and you’ll see tons of teenagers taking at least 101 selfies.

Get started with your trip planning to Tokyo Disneyland with our best articles. Decide where to stay with our hotel reviews and recommendations. Figure out what and where to eat with our list of restaurant reviews. Learn how to buy your park tickets (see how you can save $4USD), then sink your teeth into our Ultimate Guide to Tokyo Disney Resort.

If this guide helped with your trip planning consider contributing to our Patreon, and get access to exclusive content. Also, doesn’t it feel good to help out?