Tokyo Disney Resort announced that the Tokyo Disneyland Electrical Parade Dreamlights will receive an update on July 11, 2017. A total of 5 new floats are being added. Since it’s debut in 2001, it has received updates in March 2007, July 2011, and July 2015. This is the fourth update to the nighttime parade.

Here’s a summary of what’s being added or updated to one of the best shows at Tokyo Disneyland! 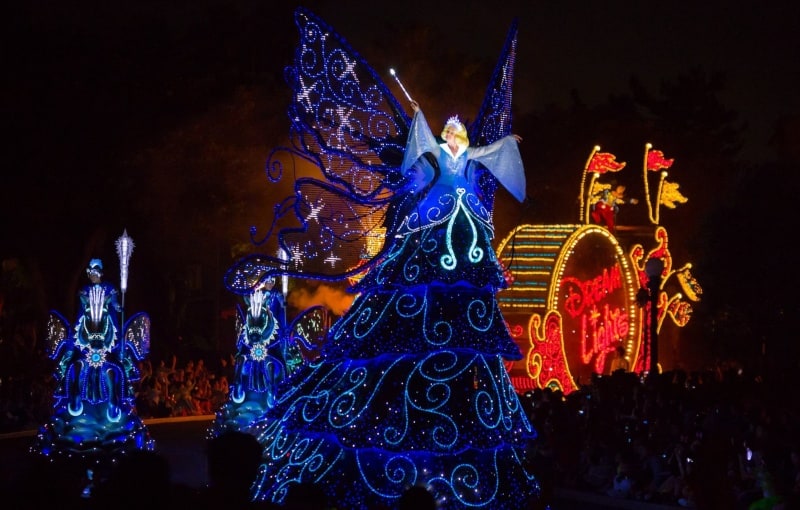 Beauty and the Beast

The current version of Dreamlights features Cinderella floats, which are receiving an update. Beauty and the Beast float was featured until 2011—replaced with the current Aladdin float—but is now returning with an updated look. The Anna and Elsa float is a brand new. A full history of the parade is on the Disney Wikia.

Dreamlights is one the best shows at Tokyo Disneyland and can’t be missed. For more on shows and entertainment at the park, read our full entertainment guide!

Keep up with the latest from Tokyo Disney Resort by subscribing to TDRExplorer and following us on Twitter & Facebook. Feature photo by Duy Phan Photography.