To celebrate the 15th Anniversary at Tokyo DisneySea, a special concert toured around Japan, titled Tokyo DisneySea 15th Anniversary “The Year of Wishes” in Concert. The concert featured various music from shows, past anniversaries, and attractions from the Park. It toured from June to September 2016 in 10 different cities around the country.

Here’s my recap of this spectacular series during the Tokyo performance. If you’re visiting Tokyo DisneySea during their 15th anniversary, make sure to read our full guide. 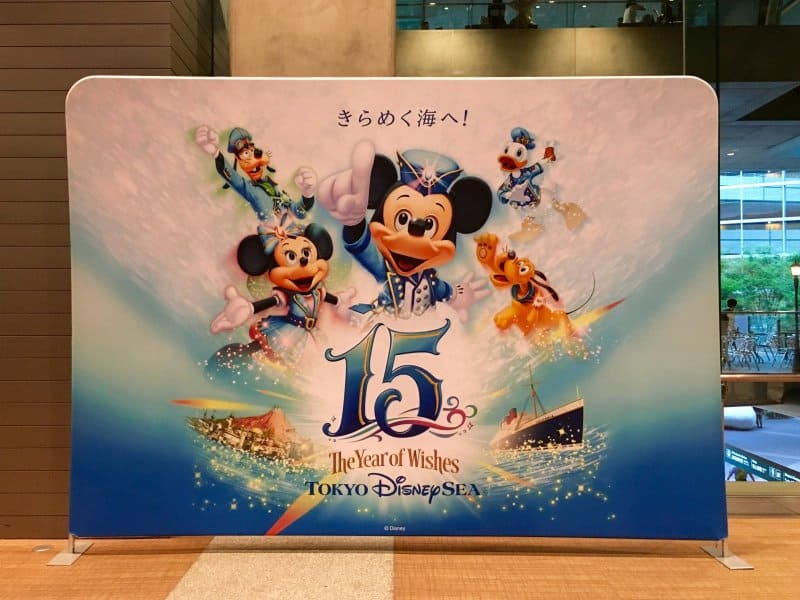 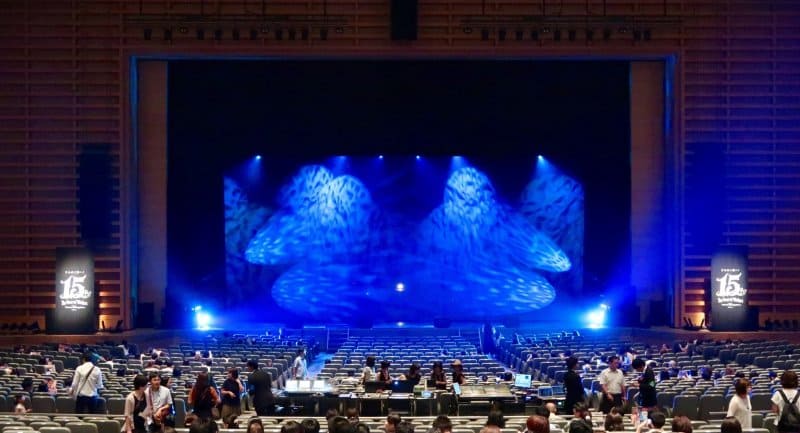 The concert was held at various locations across Japan, which included Sapporo, Hiroshima, Fukuoka, and Tokyo. A full list is on the website. I attended the 2nd show in Tokyo at the Tokyo International Forum. With popular demand, they added a 3rd show in Tokyo.

The building is stunning and worth walking around, even if there are no events happening. There’s also a Shake Shake nearby (my favourite burger place) if you need any more enticing reasons to check it out. 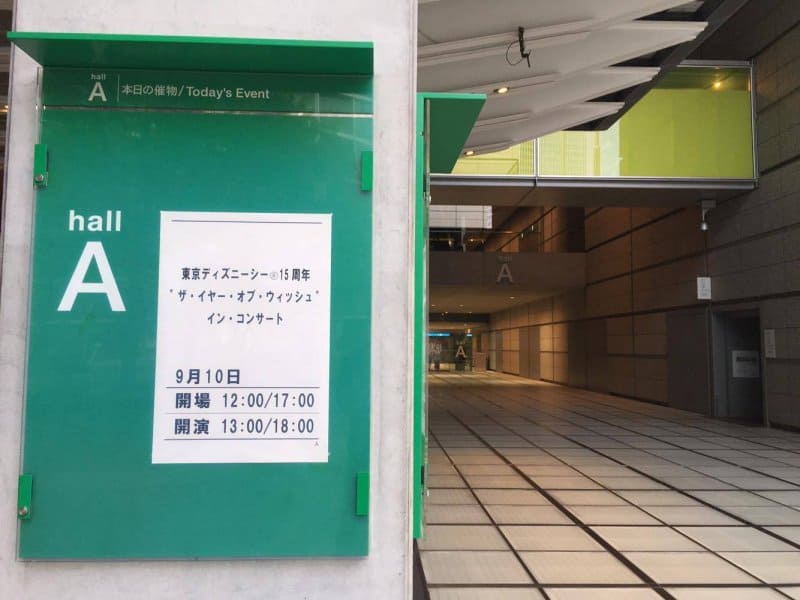 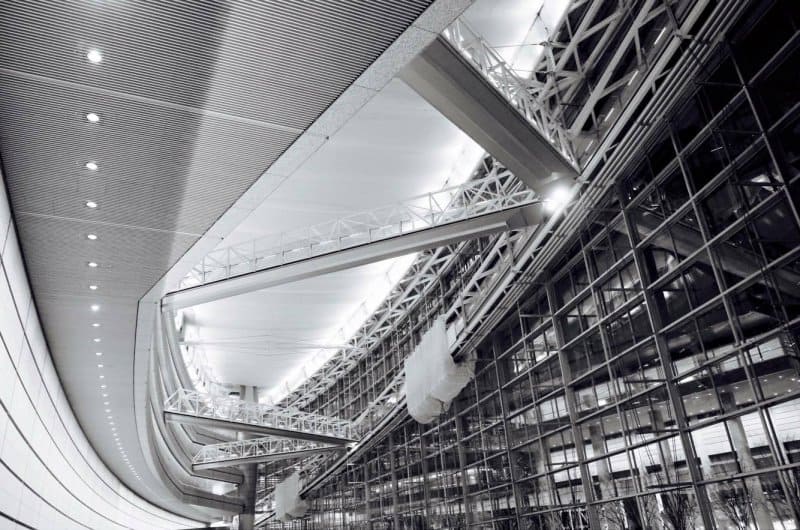 We got 2nd balcony tickets for ¥8500. While not the cheapest night out, it’s worth every yen. We bought the tickets at LAWSON convenience store, where ticket purchasing is only available in Japanese. 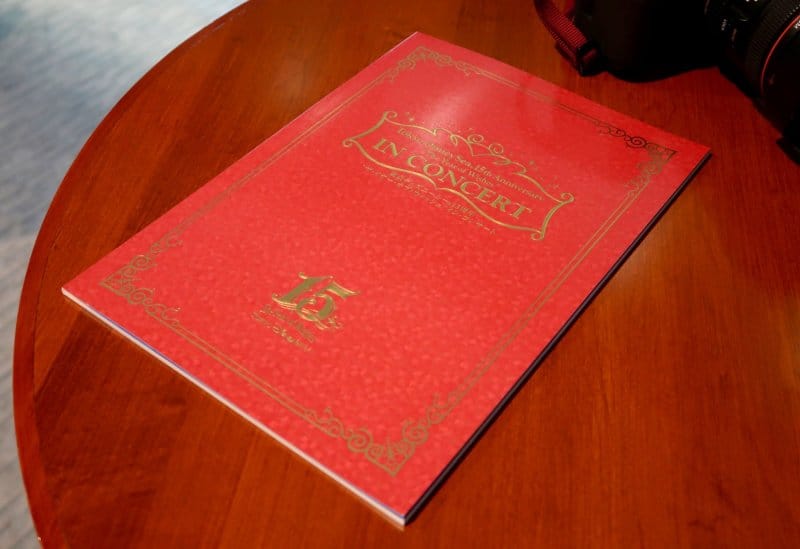 A special event is not complete with limited goods, music, and gifts. Plastic file folders, show programs, and pre-order of the performance CD was among a small set of items. If you were a JCB Credit Card holder, there were special gifts/charms available, too. 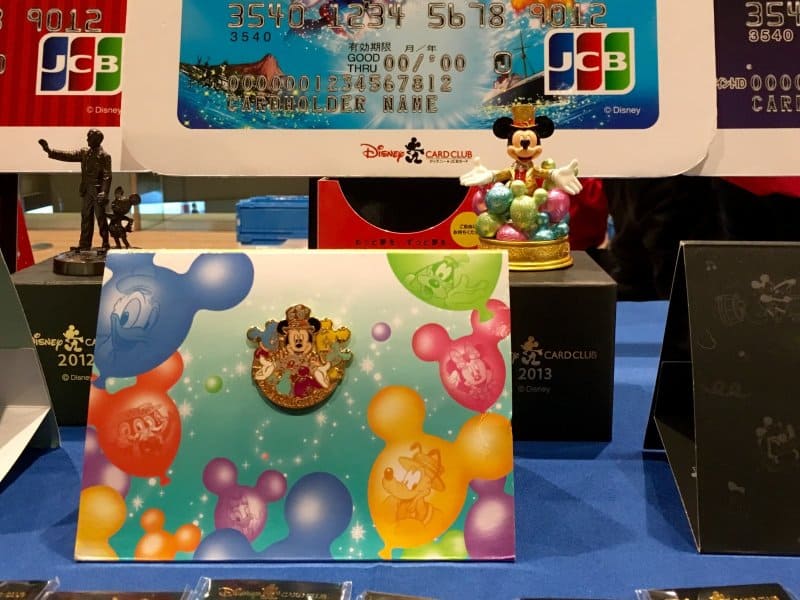 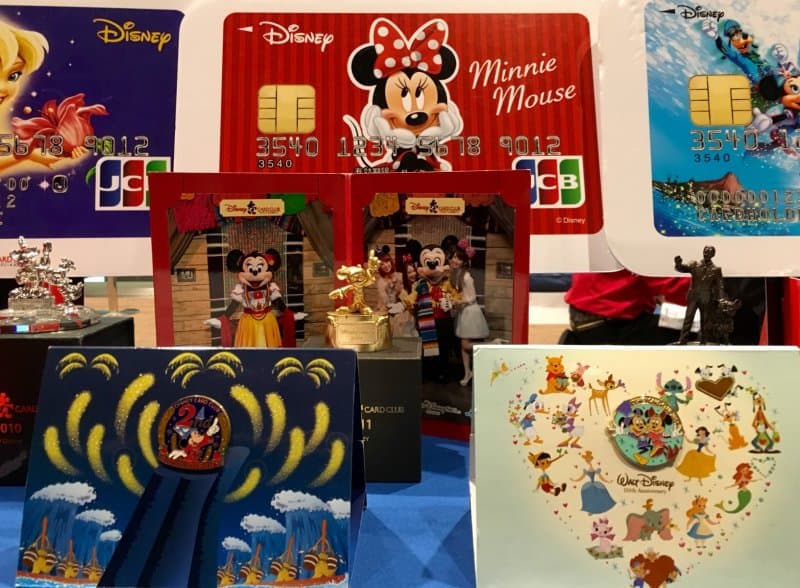 Of course, if you wanted to sign up for a JCB Credit Card with a limited 15th Anniversary design, you had that option, too. JCB offers many special events/deals at Tokyo Disney Resort for card holders. 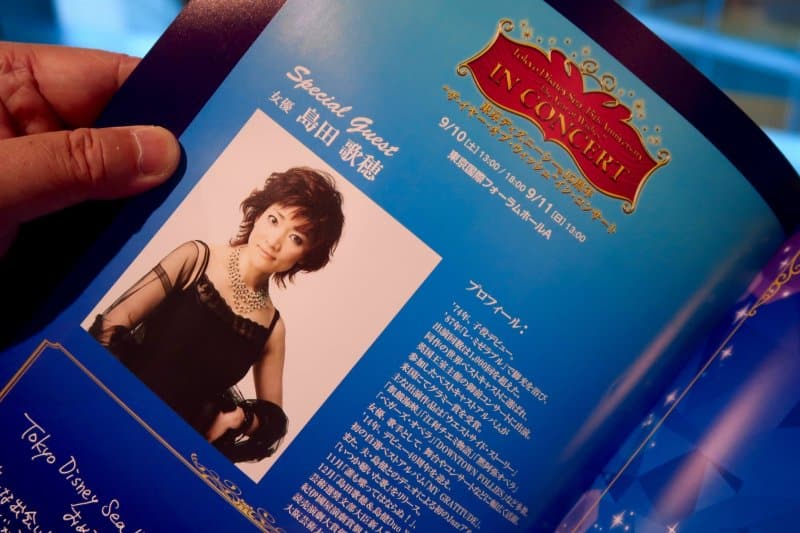 The concert focused on songs that best represent Tokyo DisneySea, including songs from past anniversaries and music from popular shows (check out the setlist below). A live orchestra, singers, and special guest Kaho Shimada made up the assemble for the evening.

Kaho Shimada sang multiple songs used at Tokyo DisneySea, which includes the 1st Anniversary song “Thanks to You,” “Welcome to Christmas,” and “We Go On”. She performed “Thanks to You” as part of the concert.

The opening act was a medley of songs for each port of call at Tokyo DisneySea. Each song stayed true to the theme of the port and had live performers for vocals. I haven’t heard these before and I can’t wait to hear them on the special performance CD.

The “Favourite Selection” was a mixture of songs from a select portion of past shows and the theme song from Sindbad’s Storybook Voyage. The only song I was not familiar with was Disney’s “Rhythms of the World.” I was fortunate enough to see BraviSEAmo in 2010 before it was replaced with Fantasmic.

The “Anniversary Songs” played songs from their 1st, 2nd, 5th, 10th, and 15th anniversary, with a special performance of “Thanks to You” by Kaho Shimada. The only song I was familiar with was “When Your Heart Makes a Wish,” which is this year’s anniversary song. 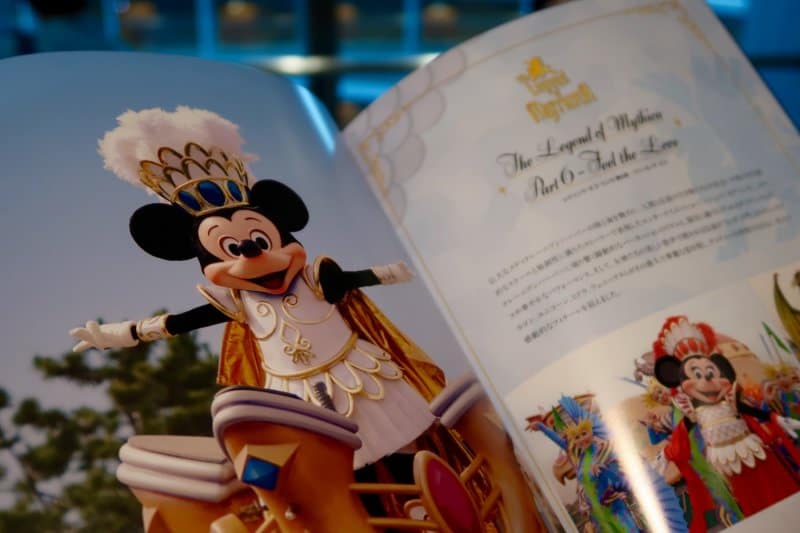 The best part of the concert was the “Seasonal Specials” set. It was clear the song selection was influenced by fan favourites. Each song made the crowd erupt in cheers, tears, and coordinated dancing.

The Bon Fire Dance was a stage show performed in the Arabian Coast between 2007-2010. It featured a large circular stage with fire, coordinated dancing, and catchy music. Once the song began, the cheers from the crowd were almost deafening. Without prompt, everyone stood up from their seats to perform the song without missing a beat. I never saw the show, so I didn’t know the dance, but I tried my best to keep up.

Tokyo DisneySea Spring Carnival was one of the few shows from the set that I did get to see during my visit in 2010. While the song did not make everyone jump for joy, it gave me that nostalgic feeling of my first trip to Tokyo DisneySea.

Another fan favourite was Mysterious Masquerade, which was a Halloween stage show in the American Waterfront and ran between 2009 and 2010. While there was no coordinated dance, people sprung up from their seats to enjoy a nostalgic trip to arguably — so I am told — one of the best stage shows they ever had.

The one song that made me emotional was “Season of the Heart.” which is the song used in Valentine Nights. I was fortunate to have seen the show in winter 2015. It reminded me of a special someone who I got to see the show with.

This concert was worth the ¥8500 (about $83 USD) and I wouldn’t have changed a thing. While I am not a connoisseur of music by any stretch, I was blown away by the talent seen on stage that night. Combining a live orchestra and performers with the music of DisneySea is the perfect way to celebrate the best Disney Park in the world, and I am so grateful that I got to experience it. 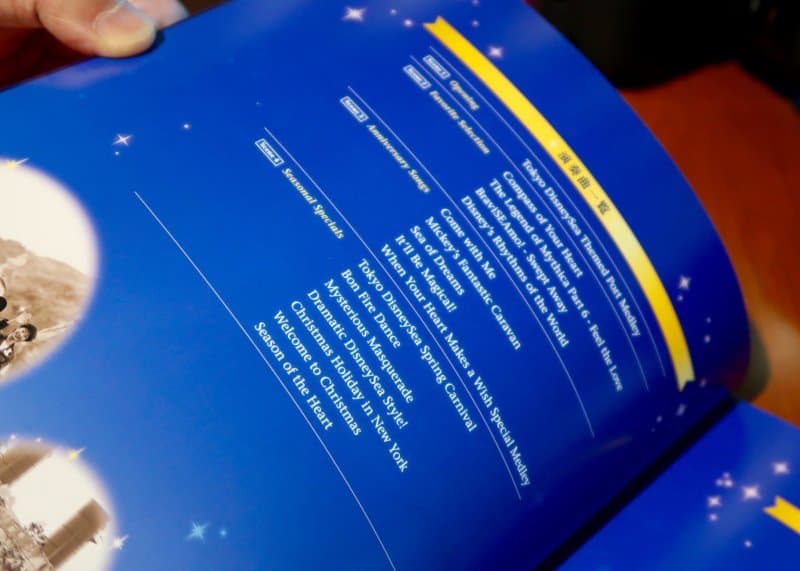 Here’s the setlist from the show that was listed in the program. The performance of “Thanks to You” by Kaho Shimada was only for the Tokyo performance, so it’s not listed here. I have included links to YouTube videos to help you go down the rabbit hole.