Tokyo Disney Resort has announced its full schedule for Tokyo DisneySea in 2016. The press release from the Oriential Land Company also included a few new details about the upcoming Tokyo DisneySea 15th Anniversary event, “The Year of Wishes”.

All information and images from the official press release. 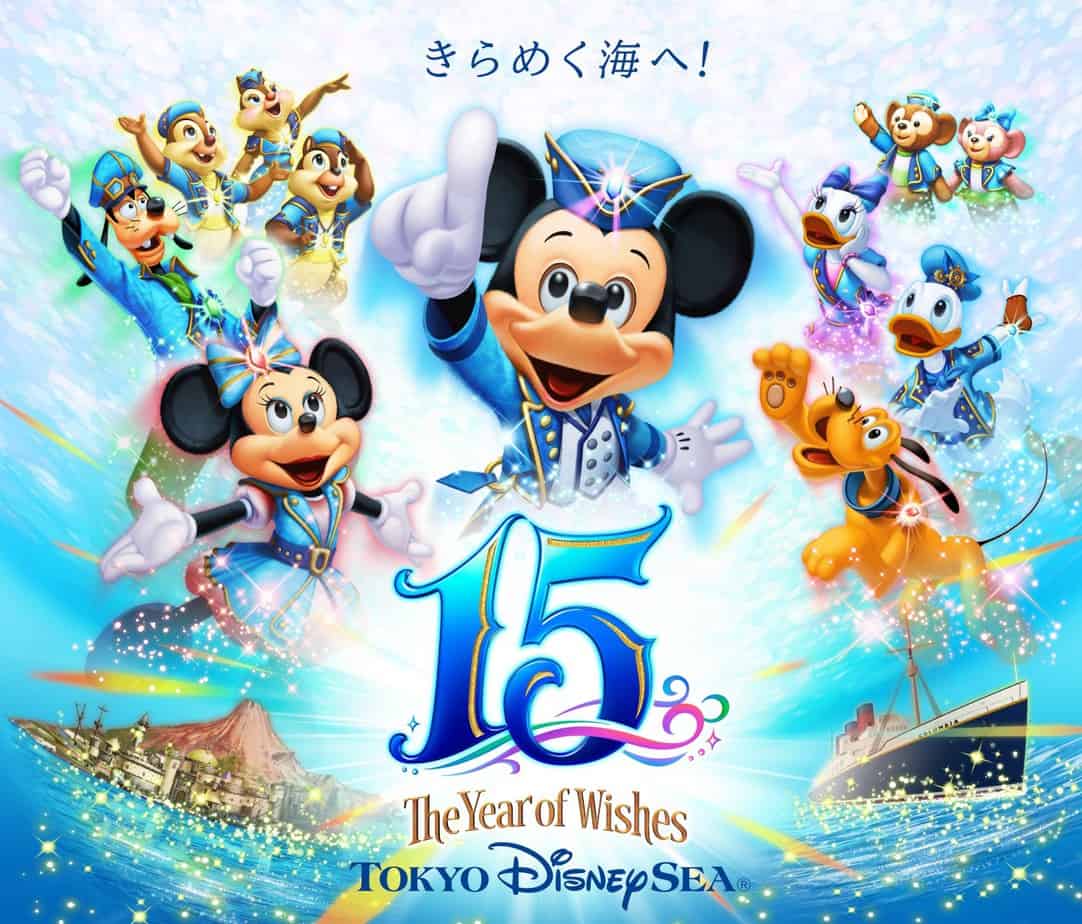 “Premiering on April 15, the anniversary event’s opening day, will be “Crystal Wishes Journey,” a brand new show to be presented at Mediterranean Harbor. The Disney characters, each with their own wish, will appear in this show that celebrates the start of the Guests’ journeys of adventure, sparkling with hope, this milestone year.

Big Band Beat,” the popular show presented at the Broadway Music Theatre, will debut with new music, costumes and scenes, including one with Goofy singing and dancing to jazz. Revamped for the first time since it opened in July 2006, the new show will be even more attractive while retaining all the excitement of the original.

In addition, on July 9, 2016, a brand new musical show, “Out of Shadowland” will premiere at the Hangar Stage in Lost River Delta. This colorful show with an original story created specifically for the Hangar Stage will incorporate vivid images and powerful, moving live performances as dynamic scenes unfold leading Guests to a world never experienced before.”

Out of Shadowland will make its Tokyo DisneySea debut on July 9, 2016

“The Year of Wishes” will certainly be an exciting year at Tokyo DisneySea! With so much entertainment, there is almost no bad time to visit! Start planning your trip today!