This past weekend in Kouhoku-ku, Yokohama (south of Tokyo) at THE 3RD PLANET there was testing of an arcade version of the insanely popular Tsum Tsum. Which is only available on smart phones at the moment. Our friends over at QTE Gamers went to check out the the machine. 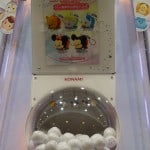 Gachapon Machine between the two cabinets 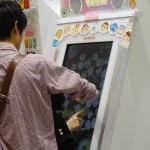 There looks to be multi-touch. 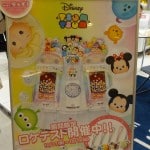 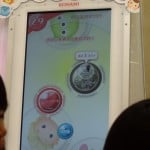 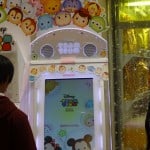 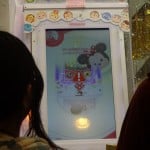 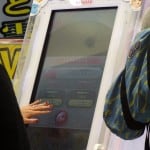 The area around the machine was crowded and the queue was just as crazy. The arcade machine looks to have a multi-touch screen, where it can have co-op play. You can also use your amusement passes to save your progress. The machine was only available October 17-20th at this location exclusively.

Once players were done they were asked to fill out a question and answer form.  Our guess is they will take the feedback from this round of testing  and make changes to the game. This is very exciting for those of us who are huge Tsum Tsum fans here in Japan. Where it has a strong presence. There is no word about it coming overseas.

Are you as addicted to Tsum Tsum as we are? Would you play this if you saw it in the arcades?