The parade’s cutting-edge technology is set to transport guests into Hollywood’s biggest franchises like never before. With Universal Creative’s ‘Show Orchestration’ system coordinating 15 floats, 100 performers, music, and special effects along the 600-meter route.

Synchronised projection mapping on the buildings along the parade route will create immersive scenery to match the movie-inspired floats, with the projections moving along with the parade’s progress.

The “Universal Spectacle Night Parade – Best of Hollywood” is divided into four sections (each section represents a movie franchise). Check out the new preview video and concept art below. Be warned there are a few spoilers. 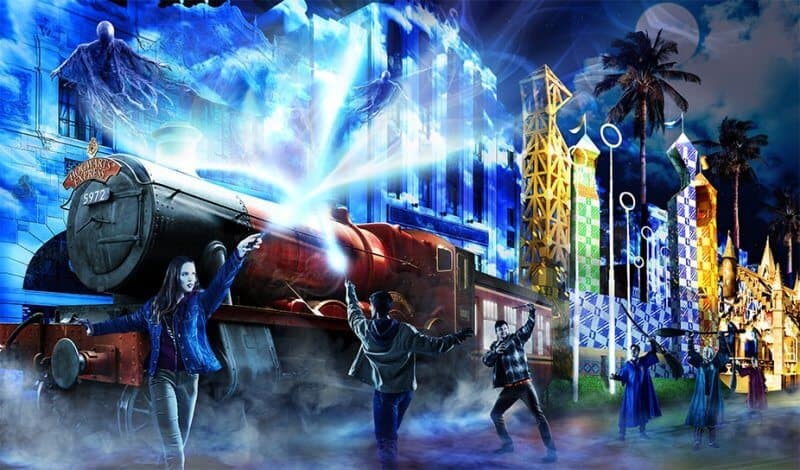 First-up, the world of Harry Potter ventures out of Hogsmeade for the first time, with the Hogwarts Express leading the way. Magical effects will take guests to a Quidditch match and unleash Dementors across the park. 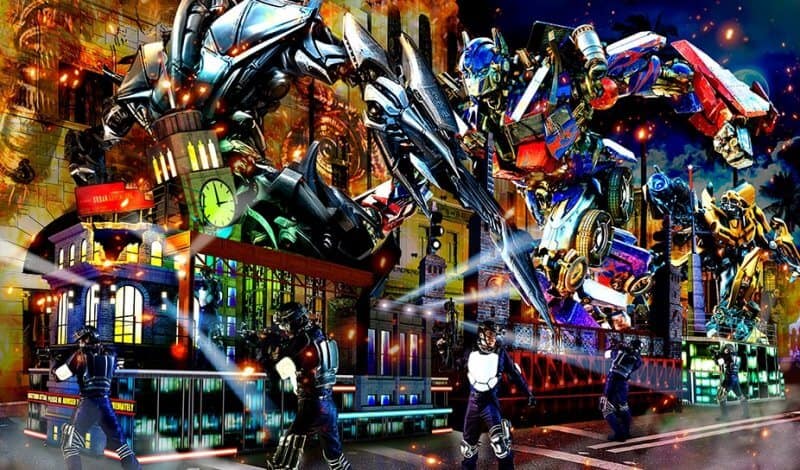 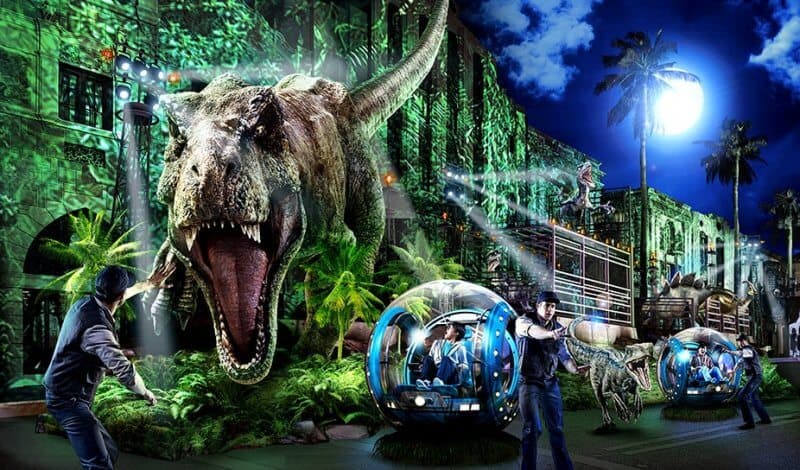 Guests are transported to the dino-infested rainforest of “Jurassic World.” The franchise’s iconic T- Rex and raptors have escaped their cages and are terrorizing performers and guest alike. Plus, Universal Studios Japan has spared no expense and made the glass hampster balls a reality! 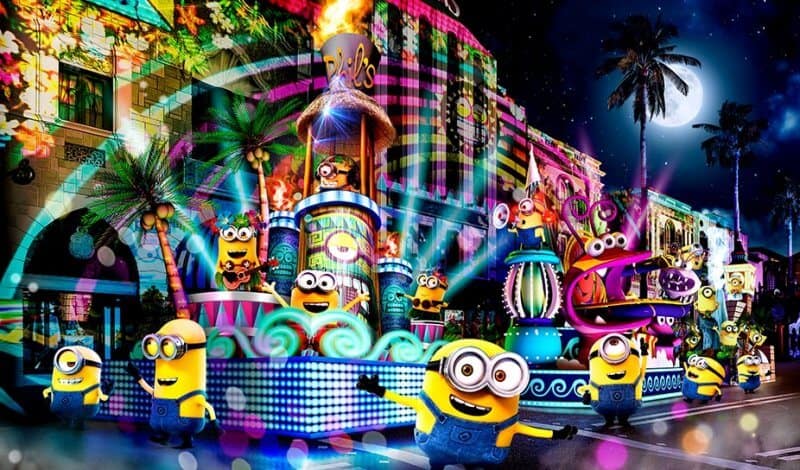 Finally, the Minions bring their signature mayhem (and color scheme) to the parade’s finale with a manic dance party courtesy of DJ Minion.

The “Universal Spectacle Night Parade – Best of Hollywood” is the latest in a line of additions and upgrades at Universal Studios Japan. Earlier this year the park announced a Harry Potter and the Forbidden Journey upgrade which removed the need for 3D glasses, a new Curious George show, and enhancements to the WaterWorld stunt show. Then in 2020, the park is set to open the world’s first Super Nintendo World!

What do you think of the Universal’s new parade? Which of the four movies franchises are you most excited to see brought to life?

Information and images from the Universal Studios Japan website.

Are you planning a trip to Osaka to visit Universal Studios Japan? Be sure to read our guides on booking flights to Japan, buying a Japan Rail Pass, and buying your tickets online.

Powered by Convert Plus
60shares