Springtime is just around the corner, which means it’s almost time for Universal Studios Japan’s Easter Celebration! The event runs from March 6 to June 28, 2020, with plenty of exclusive merchandise, food, and entertainment.

Universal Easter Celebration is mostly geared for children and takes place in the kid-friendly Universal Wonderland and Minion Park areas of the park.  However, the event coincides with the more mature anime and video game themed Cool Japan event, so there’s something for everyone! 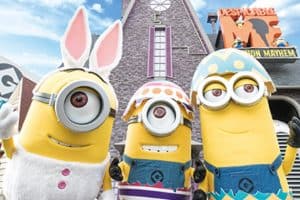 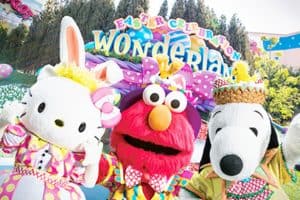 At Minion Park, you’ll get the chance to meet the Minions characters dressed in cute Easter-themed outfits.

And over at Universal Wonderland, characters from Hello Kitty, Snoopy, and Sesame Street will dance along with guests in adorable Easter themed costumes too. 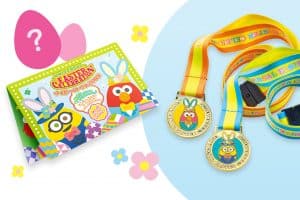 Universal’s popular Easter egg hunt returns this year! Guests who purchase the Easter egg hunt booklet can search for crew members wearing egg-shaped shoulder bags in Minion Park and Universal Wonderland. Collect stickers from the crew members to complete the illustration in the booklet, and at the end you will receive a medal with an exclusive Elmo or Minion design!

Booklets are available to purchase in Minion Park, and other stores around the park. In the past, the booklet has cost ¥1,000 ($9 USD)

Minion Park and Universal Wonderland will be decked out in adorable Easter themed decorations throughout the entirety of the celebration! 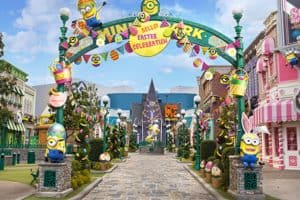 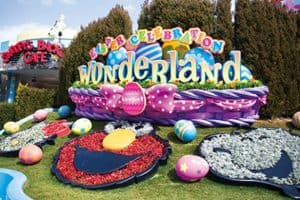 Easter-themed merchandise featuring characters from Hello Kitty, Snoopy, and Sesame Street is sure to be a hit. 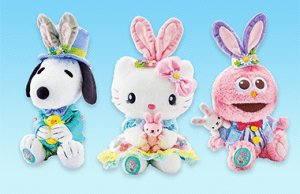 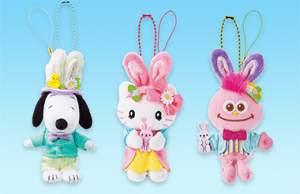 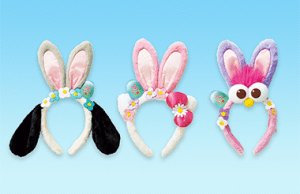 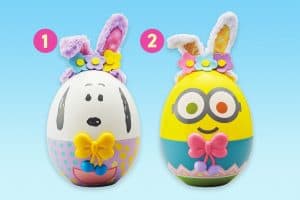 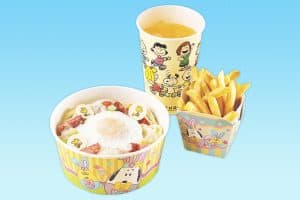 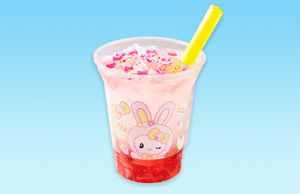 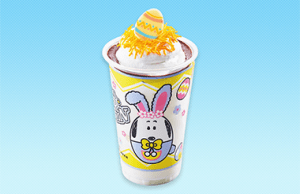 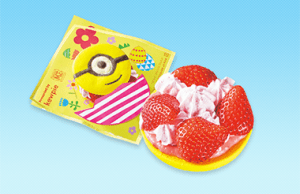 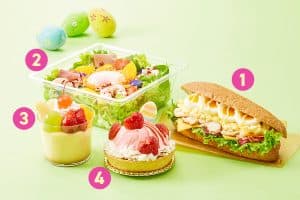 This year is gearing up to be an unforgettable year at Universal Studios Japan with the opening of Super Nintendo World this summer. Be sure to follow TDR Explorer on Twitter, Facebook or Instagram for all the latest news from the park!

Images and information from the Universal Studios Japan.