Universal Studios Japan is also hosting One Piece Premier Summer, its annual celebration of the pirate-themed manga. From June 26 – September 29, 2019, there is a chaotic water fight, an immersive dining experience, and huge stunt shows each evening. See all the details below.

For more tips on how to plan the perfect trip to Universal Studios Japan, check out our digital travel guide. 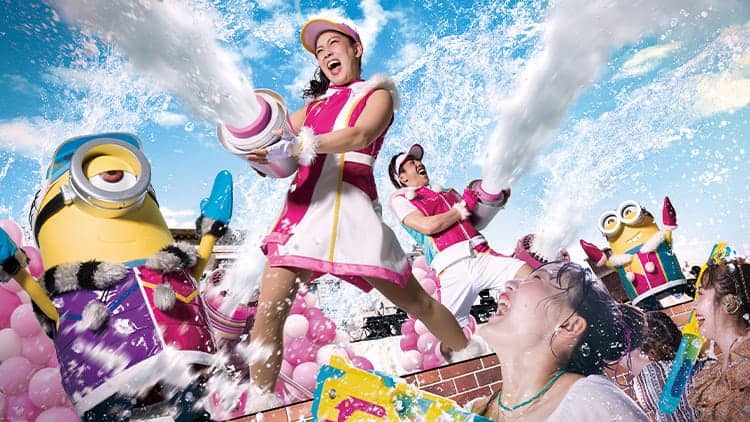 The Minions host the craziest fashion show you will ever see! To help guests stay cool during Japan’s intense summer heat, the show will include snow, water, and wind effects. Be warned, you will get wet!

The 20-minute fashion show will be performed three times a day in the Gramercy Park, in the New York area. 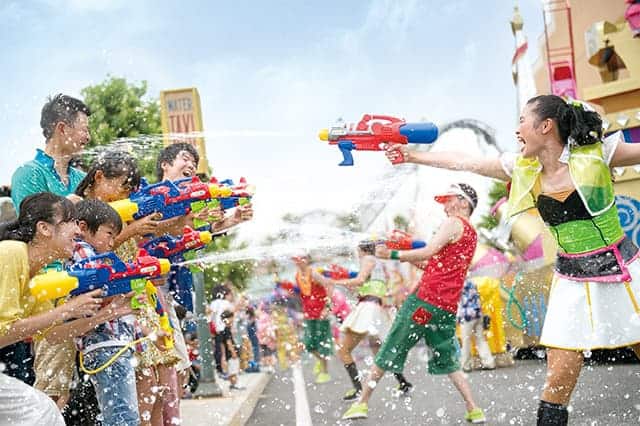 This frantic summer parade features the Minions and Sesame Street characters, along with floats and performers spraying the crowds with water and foam.

At the end of the parade, the new “360 ​​° Bicho Wet! Special Area” is surrounded on all sides by floats and performers, and a huge water party begins. “Bisho” means drenched or soaking, so maybe invest in a poncho!

Entrance to the special area costs ¥1,300 ($11 USD), with tickets available on the official website or on the day of your visit.

To help everyone enjoy the parade, there is a designated Kids Area for preschoolers and their accompanying adults. This area is free to enter but has limited capacity. Check out the location and parade route below. The Kids Area is marked with a baby icon.

As well as the Water Surprise Parade, guests should look out for the Extra Cool Crew and their “extra cool leader,” Japanese comedian Naomi Watanabe! They will be roaming the park with water shooters throughout the summer. 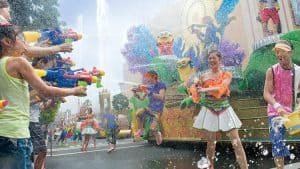 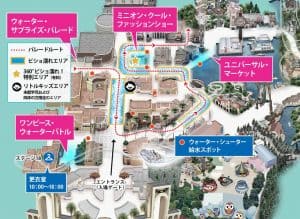 The summer menu has a range of refreshing drinks, including the Super! Mint frappe, Peach & Mango Fluffy-Frappe and Lemon Squash.

Brave guests who just love the heat can try a Super hot! Turkey Leg with dry rub spices. It’s probably wise to buy a drink at the same time. 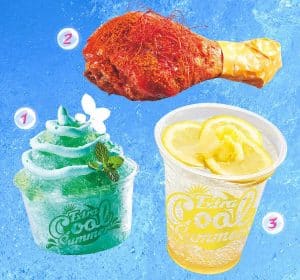 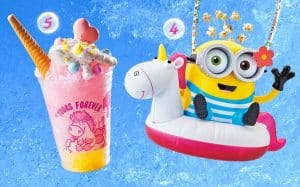 Universal Studios is launching special summer merchandise in various styles. There’s a t-shirt which changes colour when wet, Minions summer souvenir snacks, Snoopy merchandise, and a variety of water shooters to get guests ready for the parade! 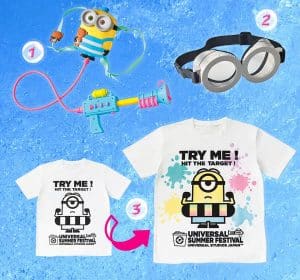 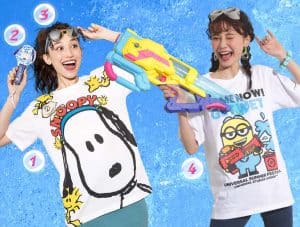 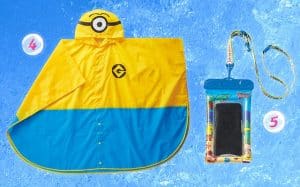 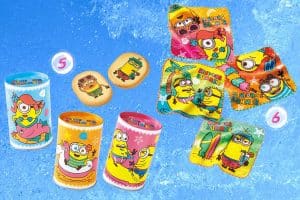 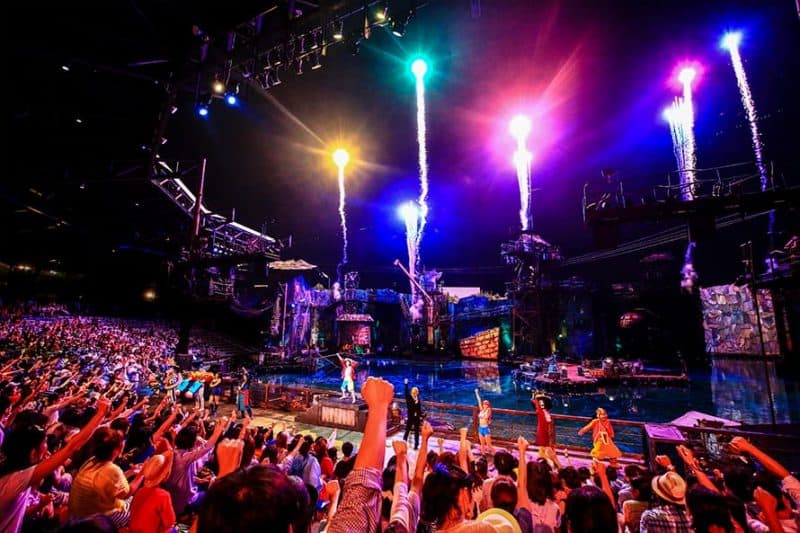 Luffy and the Straw Hat Pirates return for another action-packed stunt show.

The One Piece Premier Show debuted at Universal Studios Japan in 2007 and has featured many different stories over the years. This time the show’s original story is a prequel to the upcoming “One Piece: Stampede” movie.

The show takes places once each evening in the Waterworld theatre, but is not included in the entrance price to Universal Studios Japan. Tickets cost ¥1,980-4,980 ($17-45 USD) for adults, and ¥980-3,980 ($9-36 USD) for children. Tickets can be purchased on the day but often sell out, so it’s probably best to reserve ahead of time online. 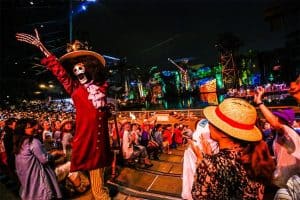 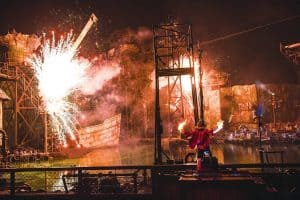 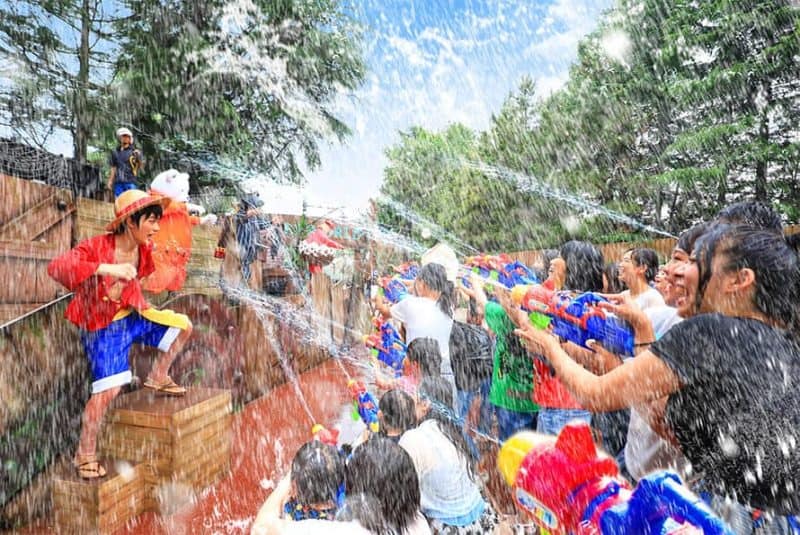 From July 2, 2019 – September 1, 2019, Luffy and the Straw Hat Pirates need your help in a chaotic water battle. Grab a water shooter and join the fun!

The battle takes place several times a day at Stage 18. 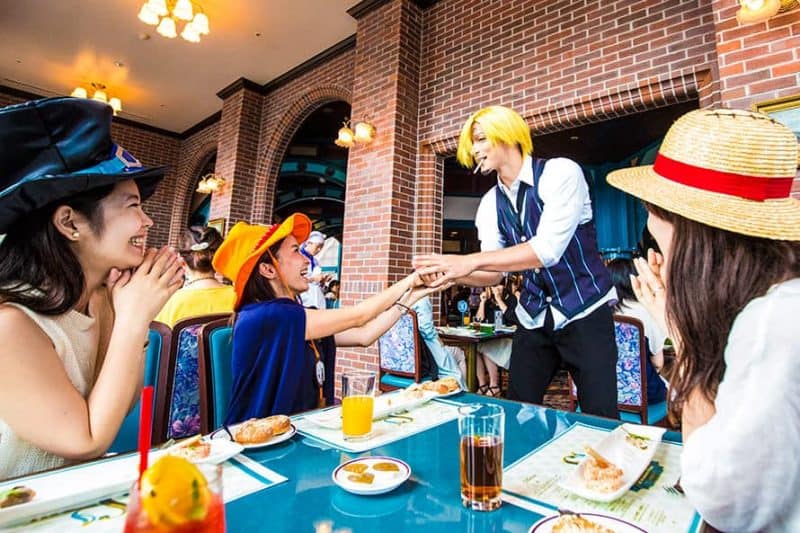 Enjoy a special meal with the stars of One Piece at the Sanji Pirate Restaurant. The immersive dining experience includes a 3-course meal and a chance to interact with your favourite characters.

Sanji Pirate Restaurant is open from June 26 –  September 29, 2019, has 6 seatings throughout the day. Each seating lasts 80 minutes. Make your reservation online a month before your visit. Early reservations are already sold out.

As well as the Sanji Pirate Restaurant, the Discovery Restaurant in the Jurassic Park area has a selection of One Piece dishes available. 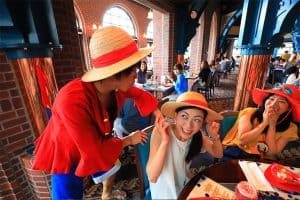 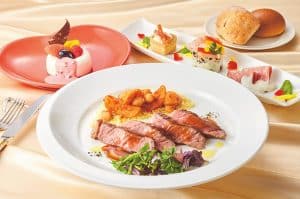 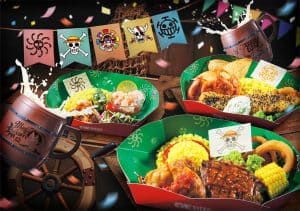 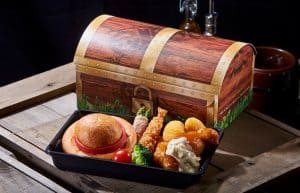 The One Piece Water Battle has a special t-shirt which changes colour once wet, and a cool water shooter with the One Piece logo on the side. 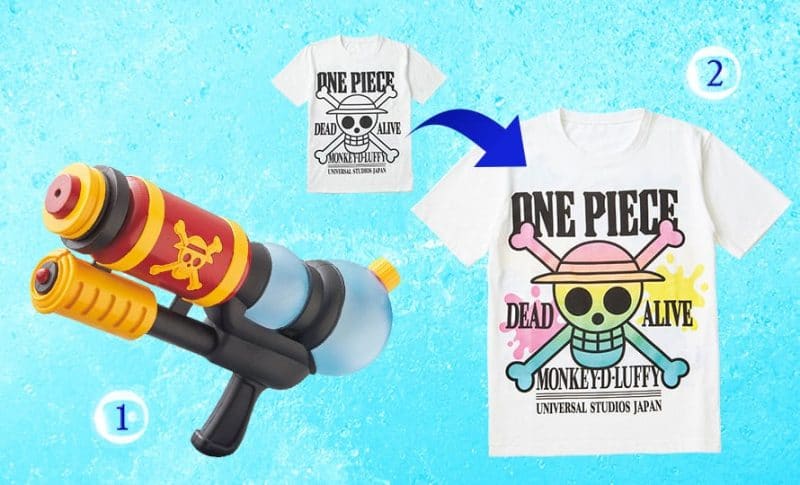 All this summer fun is in addition to Universal Studios Japan’s already huge Cool Japan event. This summer there are limited-time attractions based on Attack on Titan, Godzilla vs Evangelion, and Sailor Moon. Check out all the details in our Cool Japan 2019 guide.

Images and information from the Universal Studios Japan website.