The attractions and entertainment are almost all included with the price of admission, with the exception of Hotel Albert II, which requires an extra paid ticket. The horror maze Biohazard: The Extreme also requires either an Express Pass or a free numbered ticket, which are available when the park opens. This is one of the most beloved and popular Halloween attractions at the park, so it’s recommended to either get to the park early or buy a Halloween Express Pass.

For more information on tickets, see our guide to Park tickets at Universal Studios Japan. 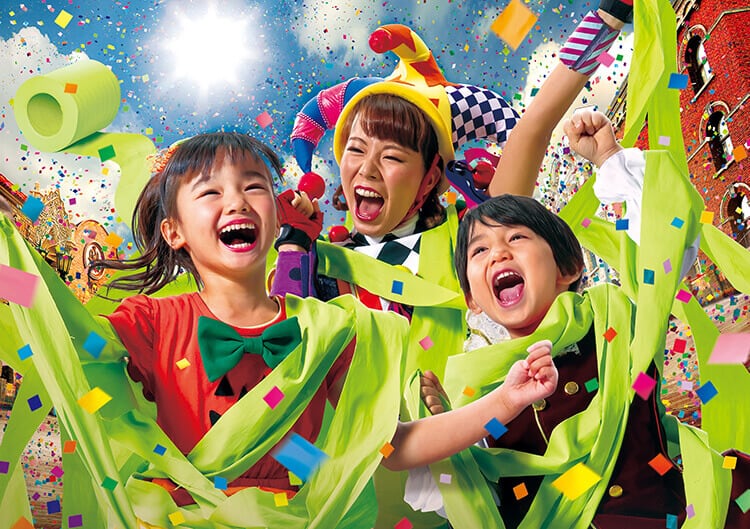 Universal Studios Japan promises that this is the biggest and best Halloween in park history, with new and returning attractions sure to delight any fans of horror! Highlights include two new horror mazes, Biohazard: The Extreme and Area 51: Unidentified Encounter, as well as a Halloween layover for Space Fantasy — The Ride.

Guests of all ages can enjoy the Halloween attractions and shows throughout the park. The Kowa Kawa Halloween events are aimed at children, while the Halloween Horror Nights attractions are more suited for teenagers and adults. Check out all the details below.

For more tips on Halloween Horror Nights and to plan the perfect trip to Universal Studios Japan, check out our digital travel guide.

Every year, Universal Studios Japan offers new and returning horror mazes for guests looking for intense scares. This year, three horror mazes are themed to Biohazard (known as Resident Evil outside of Japan), Area 51, and Chucky. 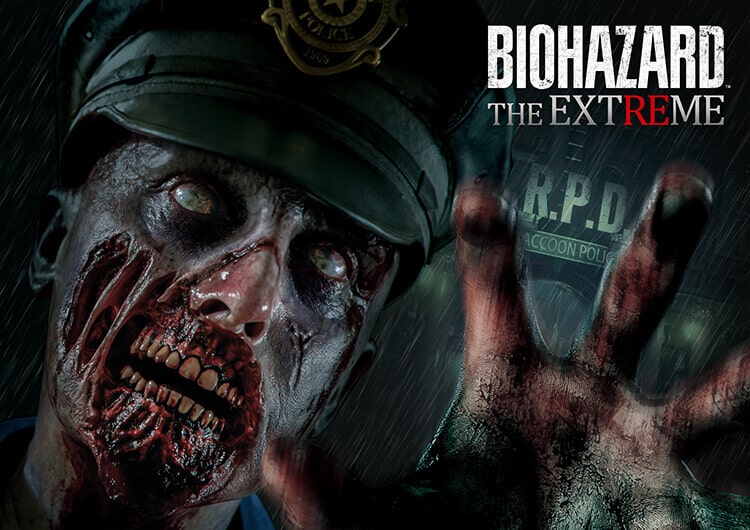 Biohazard: The Extreme is a new update on the popular Biohazard horror mazes that have frightened guests for years. This rendition is based on the Resident Evil 2 video game, which was recently remastered for the current generation of video game consoles. Since this is expected to be the most popular of the new attractions, it requires either a paid Halloween Express Pass or a free numbered ticket that is available daily when the park opens. 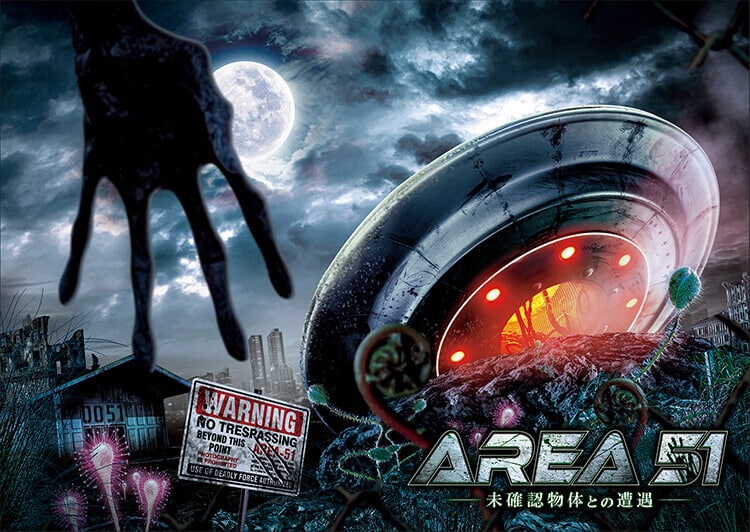 Area 51: Unidentified Encounter will take over the Backdraft attraction, and is the best way to discover the secrets of the famous military base. As the horror maze utilizes the Backdraft attraction, it will take approximately 25 minutes to complete. Expect the beginning of the maze to consist of small shows with actors, likely to be completely in Japanese. The area behind the attraction is transformed into a horror maze. 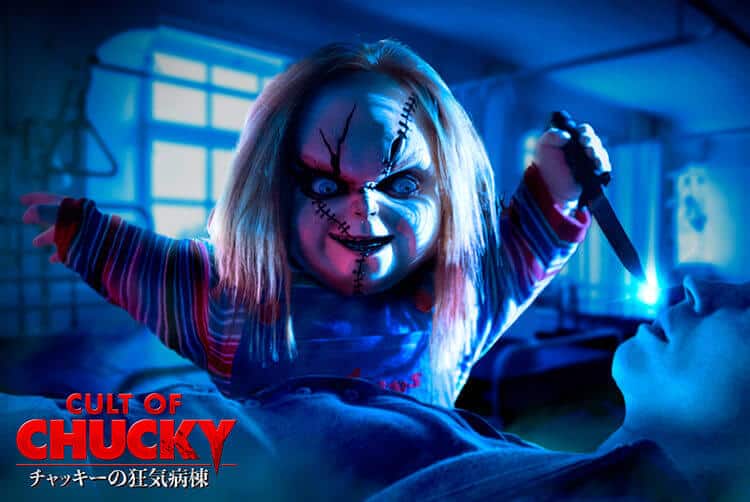 Cult of Chucky: Chucky’s Hospital Ward of Madness sees the return of one of the park’s longest-running and most popular horror mazes. Enter a hospital that has been terrorized by the evil Chucky doll, and try to make it out alive!

Kowa Kawa means “fearless” in Japanese, which is the perfect name for the family-friendly shows featuring the Minions, Peanuts, Hello Kitty, and Sesame Street characters. 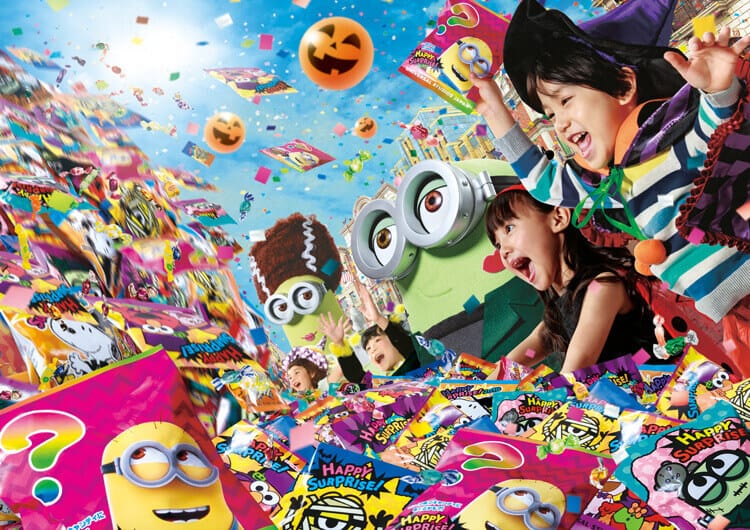 During the day, “Festa de Parade” will invite guests to join the Halloween fun with characters in fun Halloween costumes. During the “Happy Trick or Treat” experience, Minions characters dressed in spooky costumes shoot candy into the sky for kids to collect!

New this year is the Itazura Street experience in the New York area of the park. Kids are encouraged by entertainers to play pranks on others, or get pranked themselves! It’s trick or get tricked! 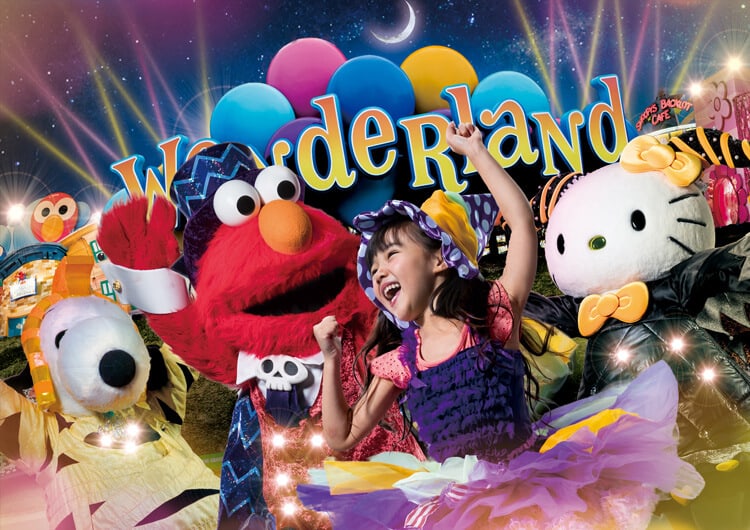 At nighttime, the new “Wonderland Season Joy: Halloween Version” show begins! Characters from Hello Kitty, Sesame Street, and The Peanuts, dressed in sparkly Halloween costumes, come out to sing and dance with guests. It’s a great alternative to anyone too frightened of the zombies and horror attractions. 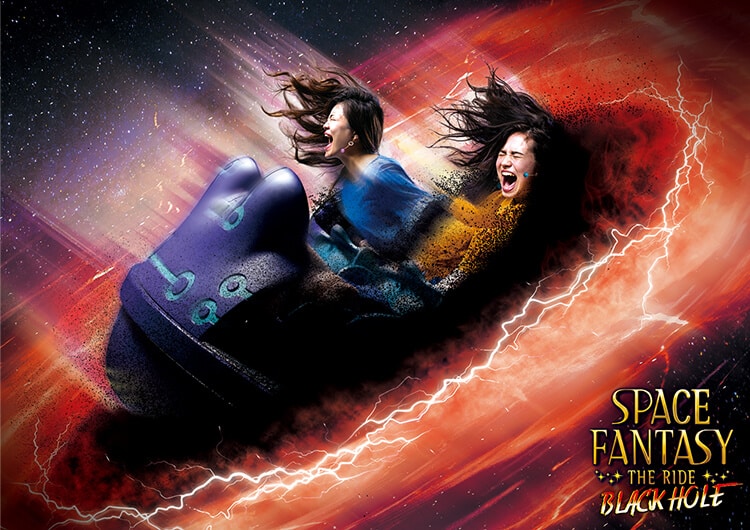 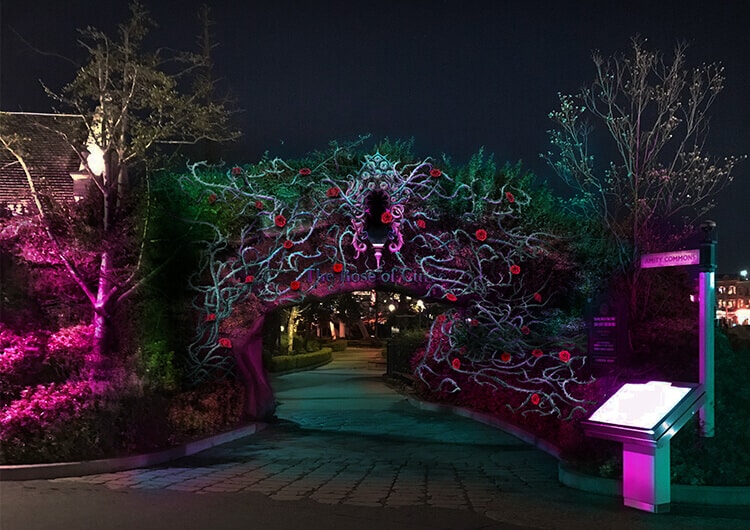 There’s lots of merchandise and food to enjoy during Halloween at Universal Studios Japan! 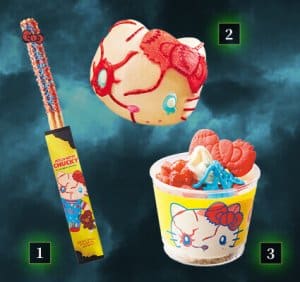 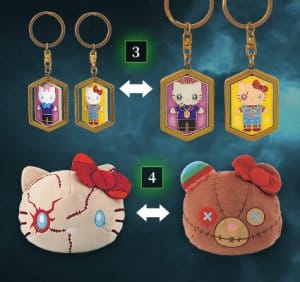 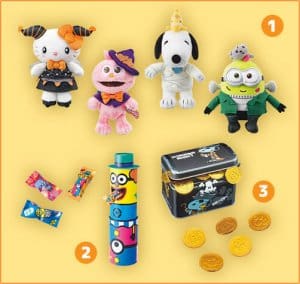 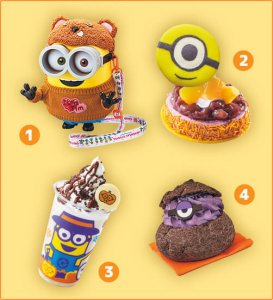 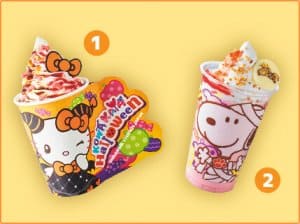 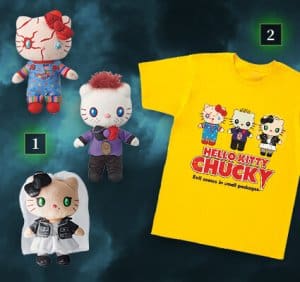 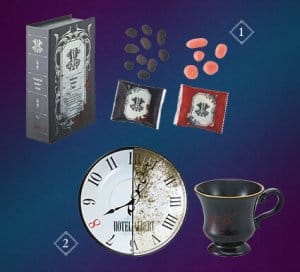 Please note that for the horror attractions, there are age limits based on different levels. These also give a good indication of how scary the attractions are. 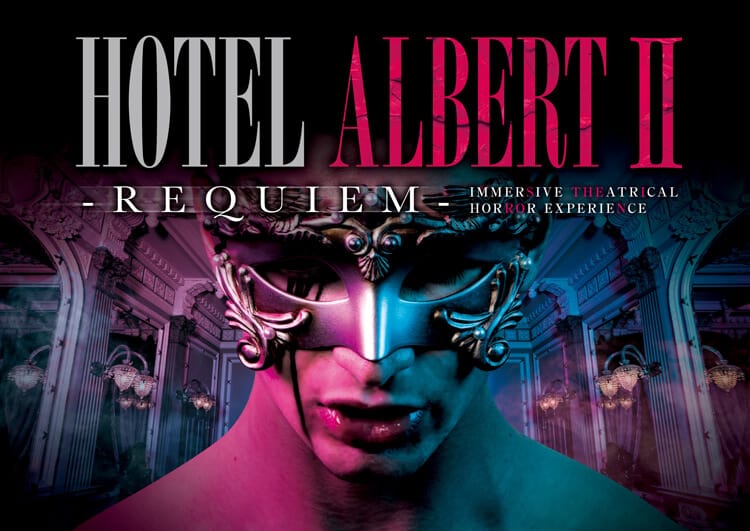