A Valentine’s tradition at Tokyo DisneySea has come to an end (for now).

Valentine Nights was a special show which ran on selected dates starting in January until late February. It included a live orchestra, broadway style singing, and stage performances with favourite Disney Characters (even Duffy). If you had seen Big Band Beat before, then you’d have an idea of how the show works, but with a big focus on classical music (the CD is available for purchase in the Park and on Amazon.co.jp). 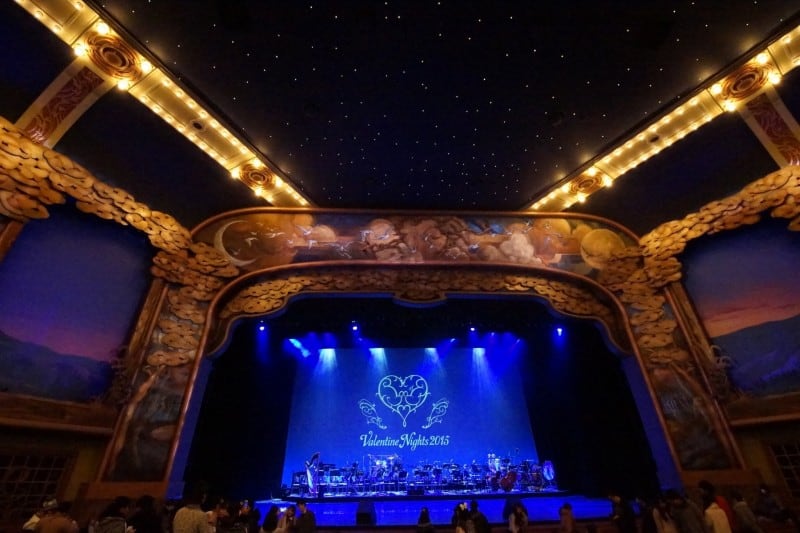 In addition to your ticket for the show (which also includes your park ticket), guests received a very special gift bag with a hardcover book. The book explains the show (in Japanese) and has beautiful photos of the show. 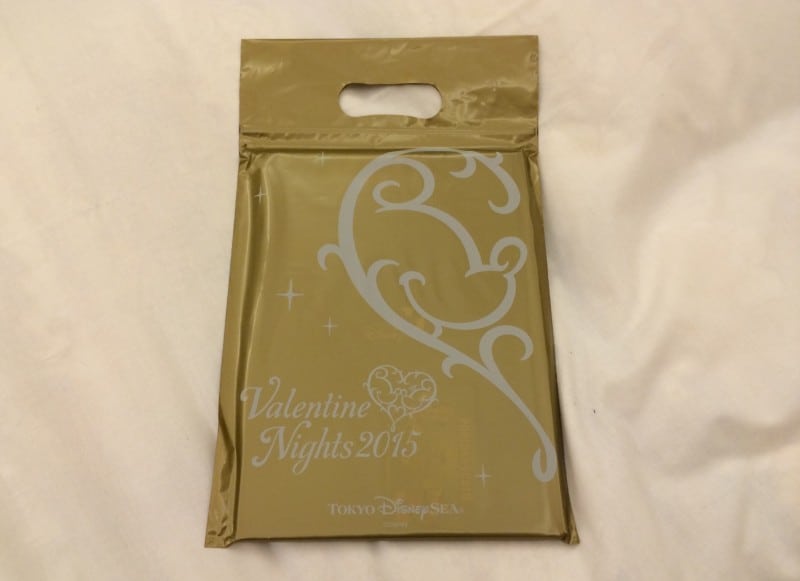 A golden plastic bag that holds the hardcover book. 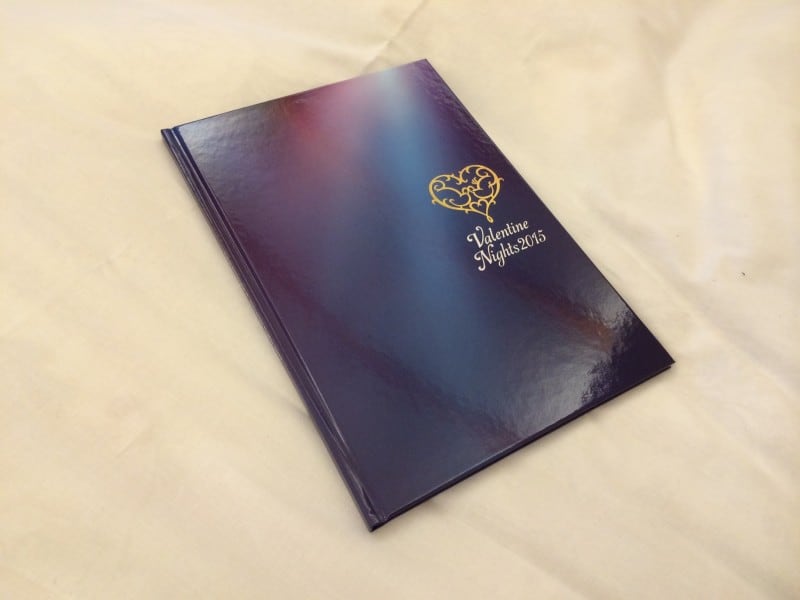 Absolutely beautiful hardcover book, which has photos from the show. Entirely in Japanese.

Sadly, February 17th, 2015 was the final performance of this version of the show, with no word on what might replace it for next year.. But in typical OLC fashion, expect news later this year. Luckily, Patricia, John, and I were able to snag tickets for the final performance!

Photography or video is not allowed during the performance, except near the end when they announce it is OK to do so. Our photographer Patricia was able to capture some of the “magical moments” of this one of a kind show, only at Tokyo DisneySea. Feel free to repost these photos, but please give credit to Patricia and TDRExplorer. 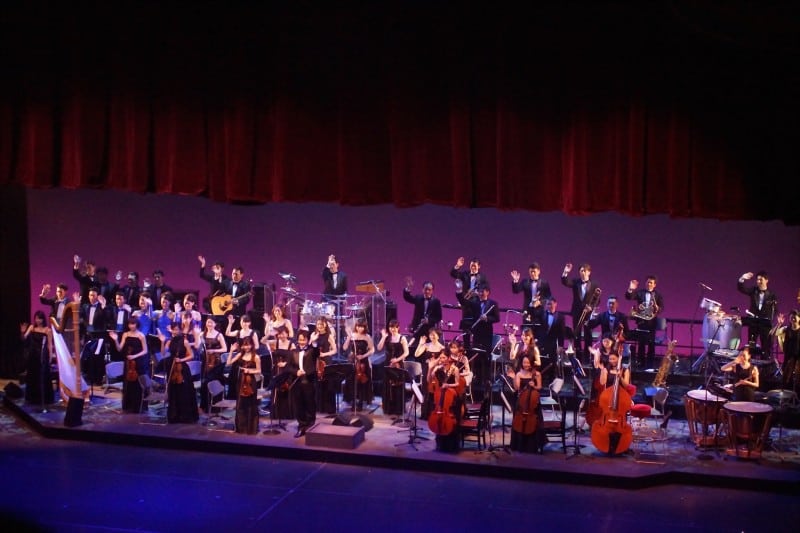 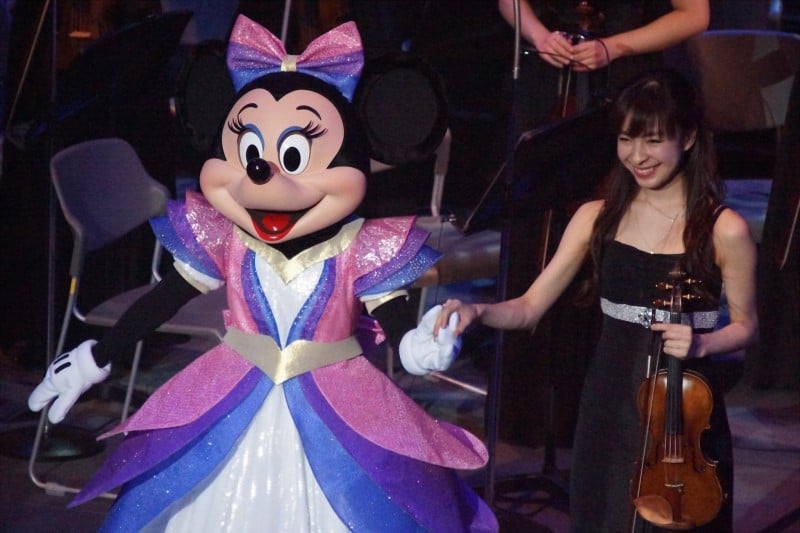 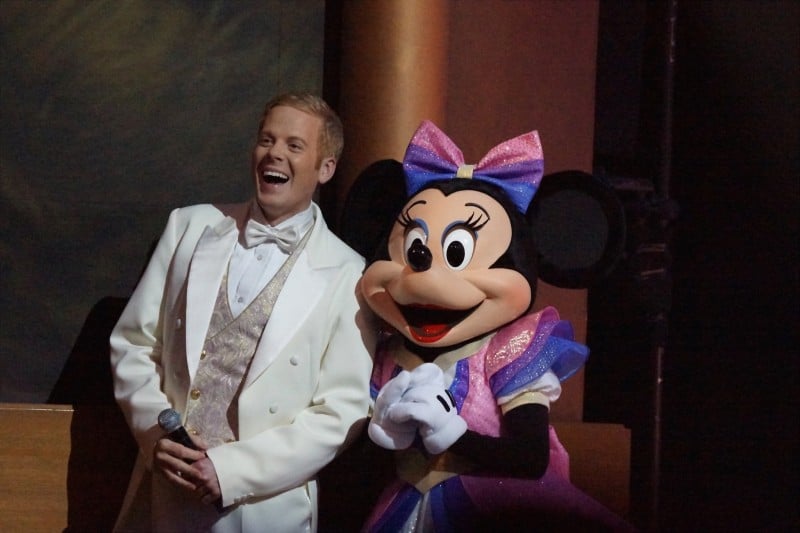 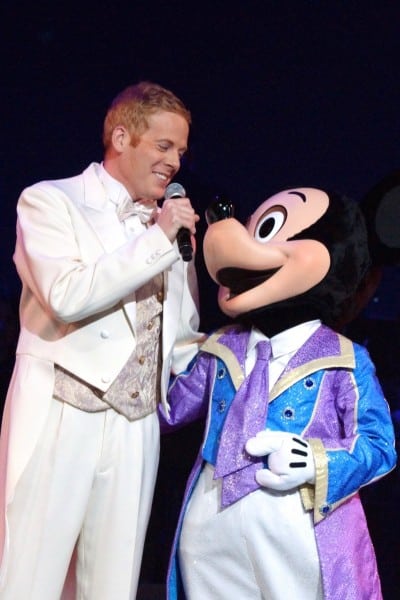 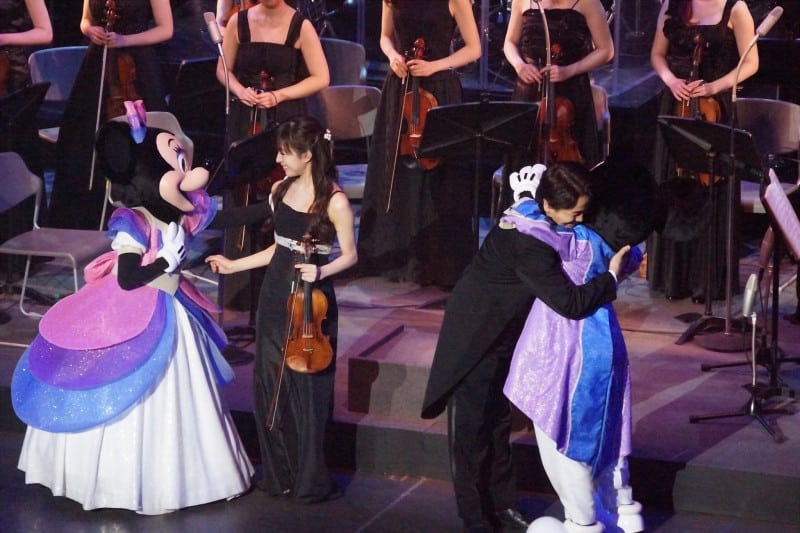 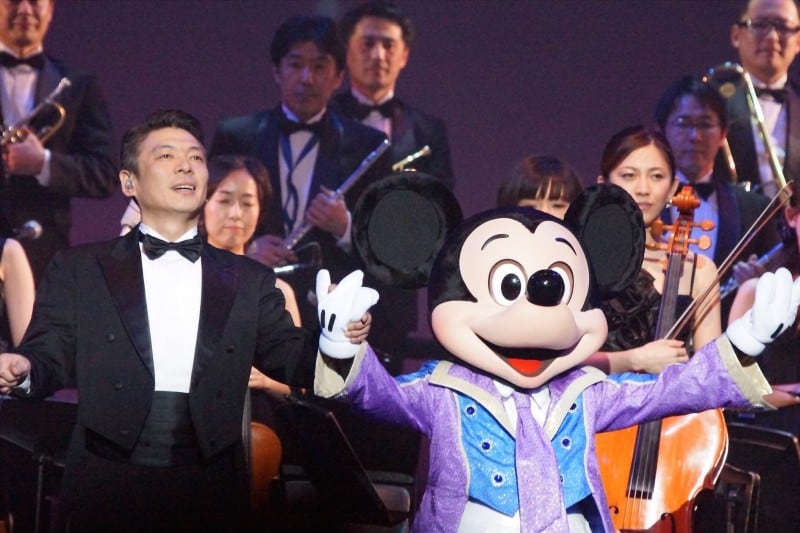 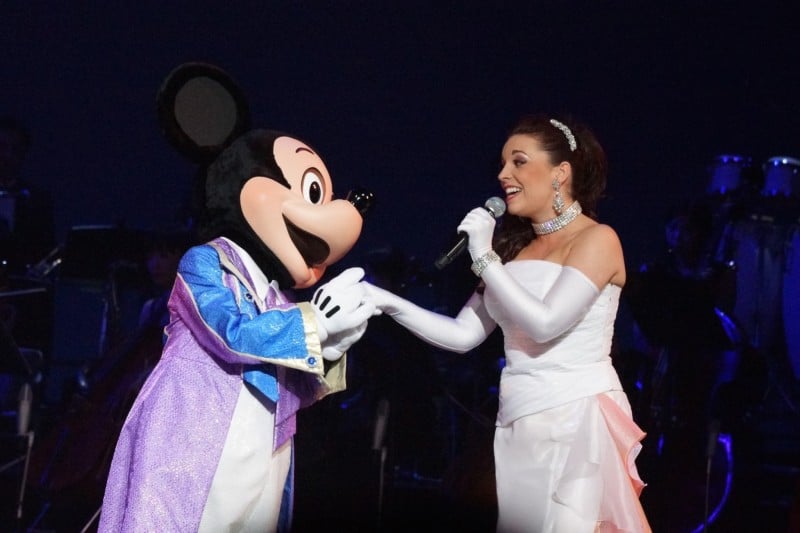 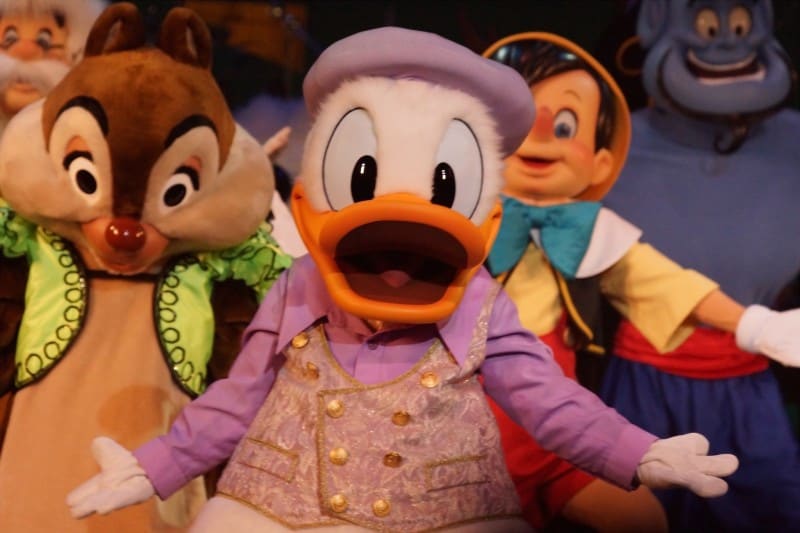 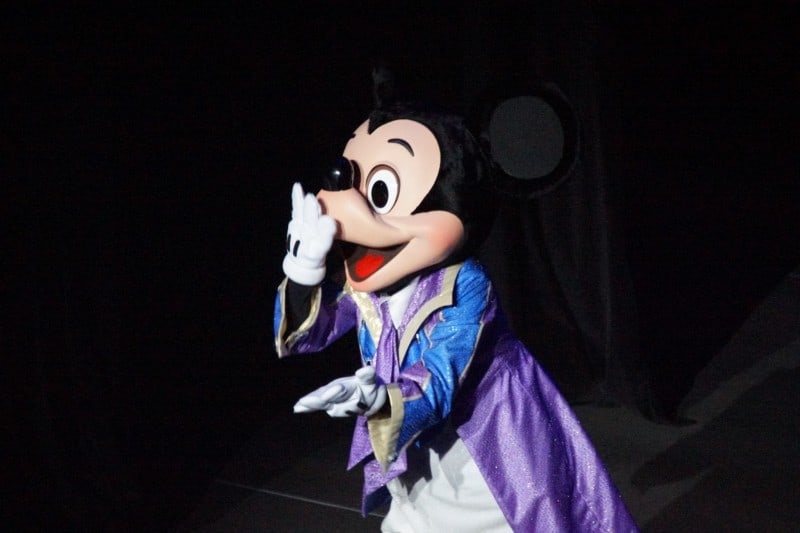 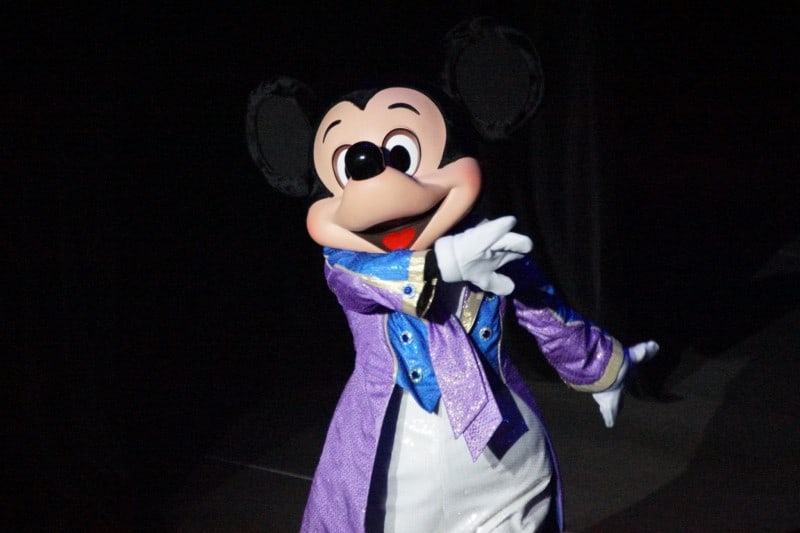 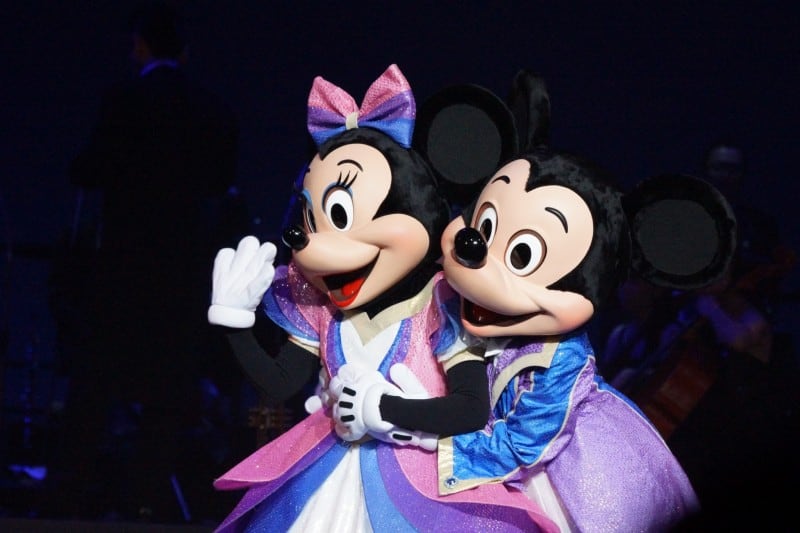 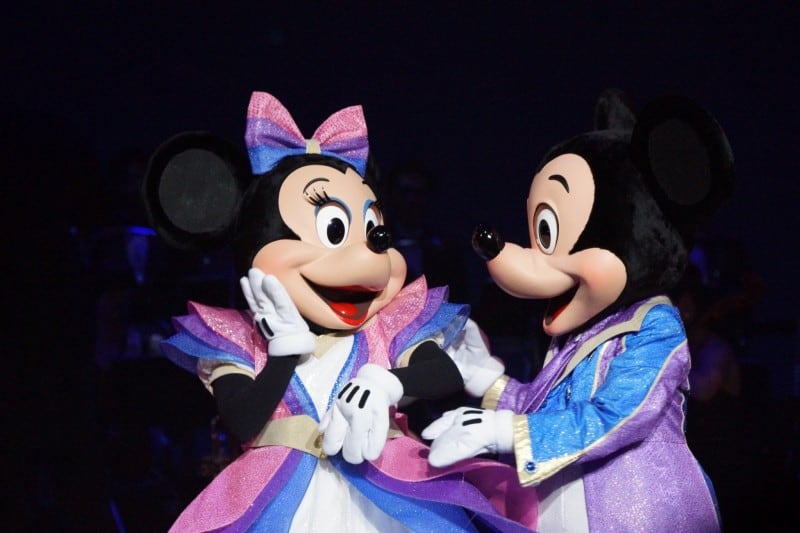 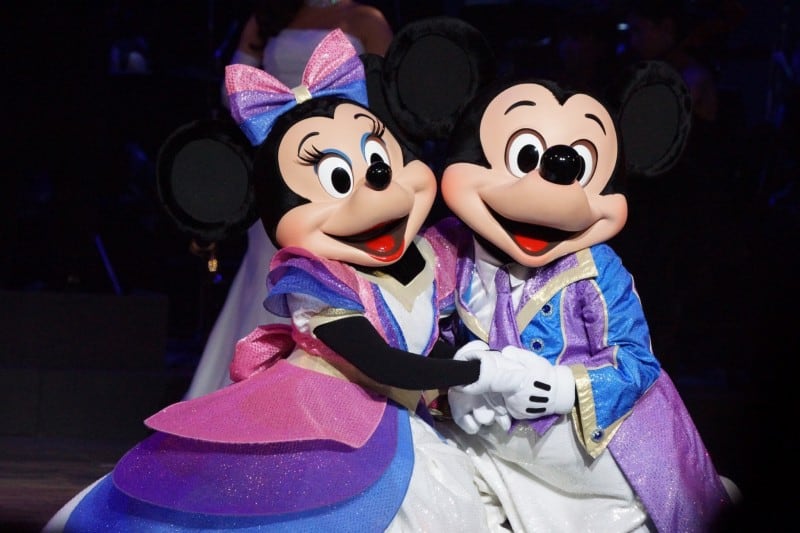 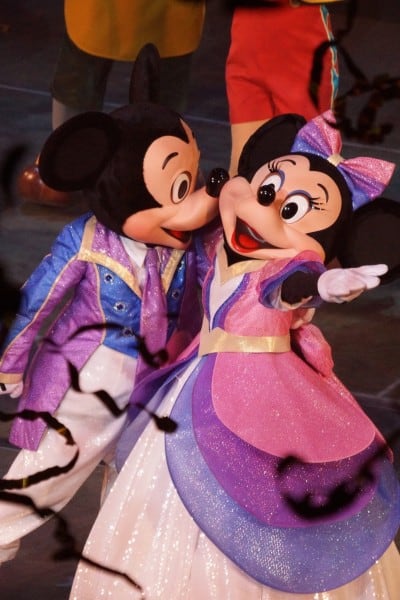 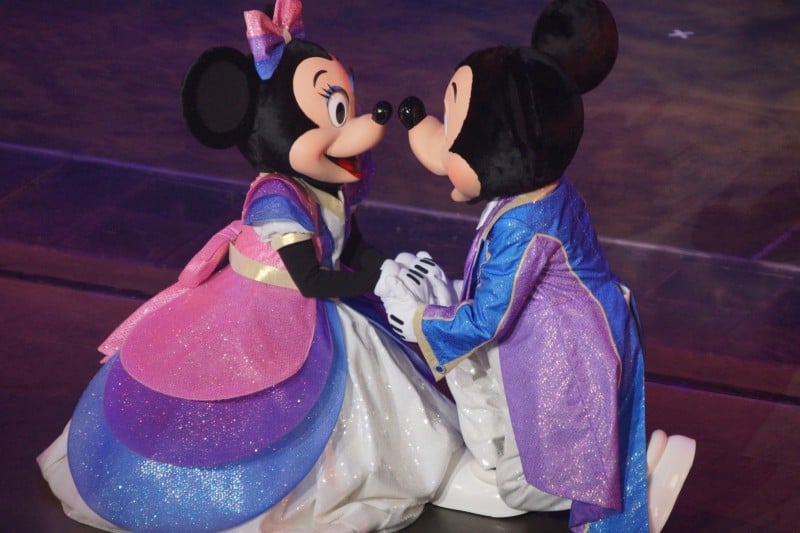 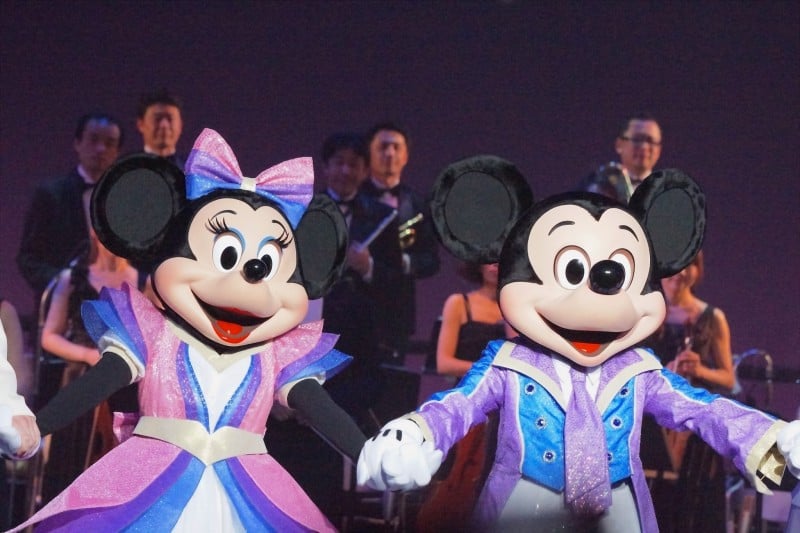 Thank you Mickey and Minnie for the beautiful memories.

The show itself was absolutely stunning. From the costumes to the live orchestra, you felt as if you were watching a live show on Broadway. Midway through the performance, messages and love letters submitted in advance by the audience are read on stage.  At one point, there was a proposal right in-front of the stage, as Mickey and Minnie looked on lovingly. There was not a dry tear in the house (mine included).

Valentine Nights was truly one of the pinnacles of live performances at any Disney Park. What will the renewed version bring us next year? We will have to wait and find out. Have you had a chance to see Valentine Nights?  If so, let us know about your experiences! For more photos of the show be sure to check out dlove.jp and studiolorien. 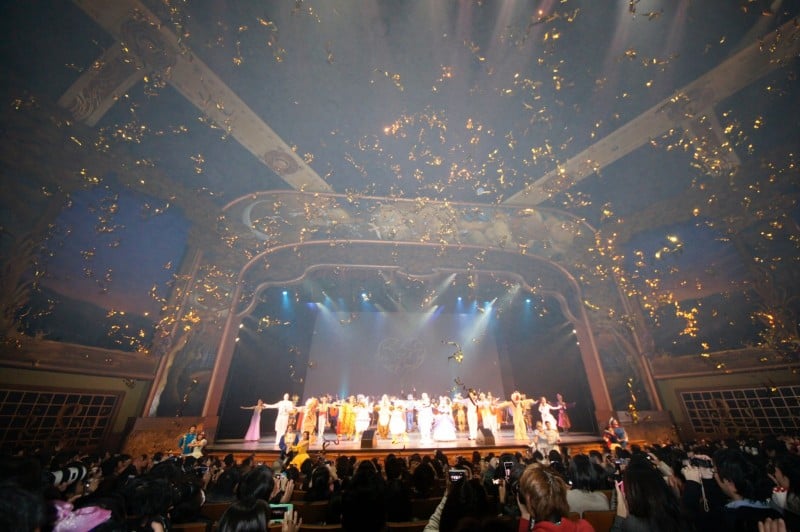 Thank you for all the wonderful memories, Valentine Nights.