In a new guest post, The Gaijin Ghost gives us a detailed look at Toyville Trolley Park in Tokyo DisneySea!

If you have ever been to Tokyo DisneySea, then you will likely know that Toy Story Mania! is the park’s most popular attraction. This is the ride that sends guests sprinting for FastPasses in the morning. On peak attendance days, it is not unusual to see the Fastpass line stretching all the way down the long avenue of Broadway, in the port of the American Waterfront.

Once you have locked down that Fastpass, the natural instinct is to ditch the crowd for other parts of the park until your scheduled return time. When you do come back, the morning madness will have probably died down, freeing up a little more walking space and breathing room around the ride building.

Still, in the middle of your busy day at DisneySea, it is entirely possible that you will want to simply make a beeline for the gaping mouth of Sheriff Woody Pride, so you can breeze through the ride and be on your way again. In doing so, what you might miss are some of the unsung details of Toyville Trolley Park. 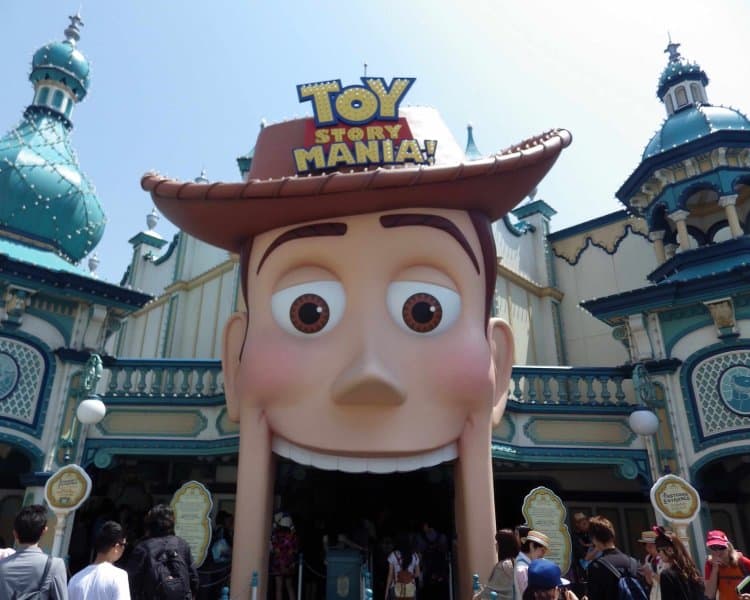 Indeed, Toy Story Mania! is part of a whole sub-land, or sub-port, within DisneySea called Toyville Trolley Park. And a recent post on the official Tokyo Disney Resort blog yields some interesting nuggets of backstory for this fictional amusement park within a theme park. 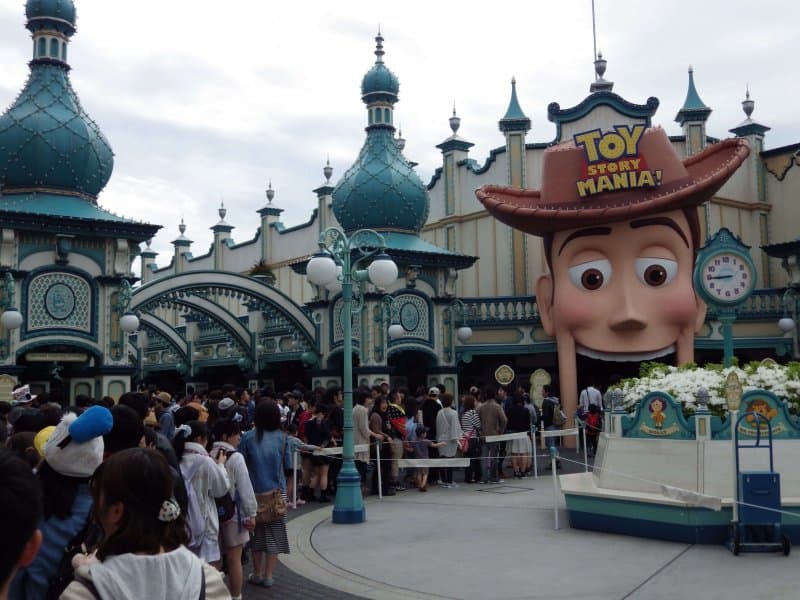 Whatever the case, Toy Story Mania! is but one source of entertainment on display here. There is also an old-time midway, with games like the Carnival Corral, and sideshow alley acts like Mr. Potatohead’s Playtime Revue.

If you ever take the time to look down when you are in Toyville Trolley Park, you will notice that there are tracks on the ground. According to the backstory, there is a trolley line that runs to this amusement park, bringing in families to experience the attractions.

These tracks mark the place where that trolley line ends. That is the origin of the name “Toyville Trolley Park.”

If you look hard, you can find traces of where the trolley park has been repainted many times over because (again, in the backstory) it faces the sea and is subject to regular damage by the elements. 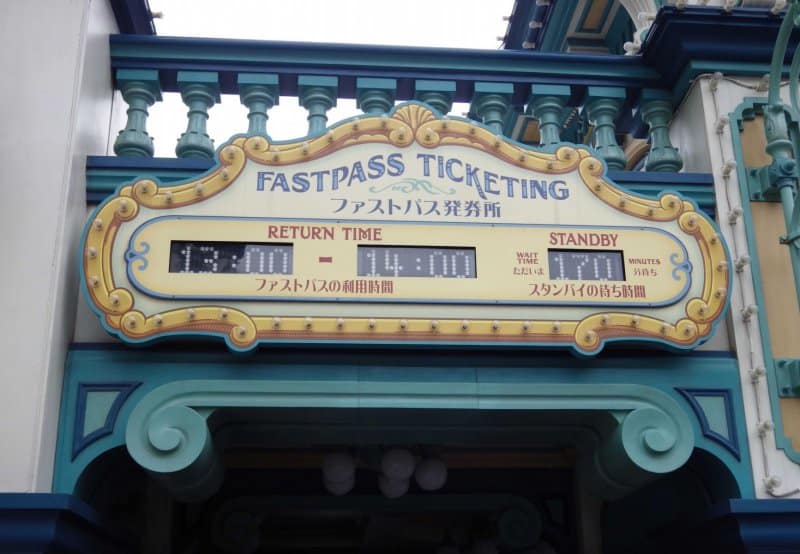 The entrance arch for Toyville Trolley Park also boasts some neat little flourishes. Sculptures of Ham and Rex from Toy Story adorn the top of the arch, as does the park’s year of establishment, 1912, and its acronym logo, “TTP” (not to be confused with some errant Pikotaro remix involving tangerines and pineapples.)

The two pillars connected to the arch also have mock box office windows for buying tickets to the park built into them at the base.

If you look up, the last thing you will see as you leave Toyville Trolley Park is the message, “YOU’VE GOT A FRIEND IN TOYVILLE!”

Next time you are there, take some time to stop and smell the roses. Sit down in the center ring of seats, maybe. Drink in some of these overlooked details. And maybe you will leave feeling like it is true: that you always have a friend in Toyville Trolley Park!