A new friend of Duffy the Disney Bear is coming to Shanghai Disneyland in 2019.

There’s not much information yet, but the official Shanghai Disneyland WeChat hints Duffy will be welcoming a new character soon.

The teaser is hidden away in a message encouraging guests to purchase an annual pass, with the new friend being one of the reasons to return to Shanghai Disneyland this year. 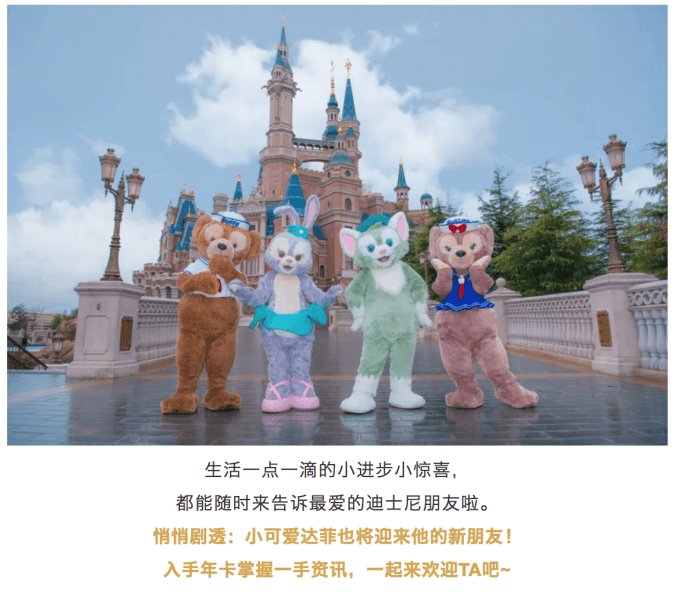 The post is only in Mandarin, with the gold text roughly translating to “Quiet spoiler: cute Duffy will be welcoming his new friend. Start your annual pass with this information, and come and welcome TA together.”

There’s no confirmation on the character’s design, but it seems like it’s a new friend and not an existing character heading to Shanghai.

The character will be the sixth to join Duffy’s group of friends, after ShellieMay, Gelatoni, StellaLou, Cookie, and Olu. Cookie and Olu joined the gang in 2018 and are exclusively at Hong Kong Disneyland and the Aulani Disney Resort respectively.

Fans were first given clues about Cookie’s arrival in May 2018, before she debuted at Hong Kong Disneyland on July 3, 2018. Unfortunately, there is no time frame for when the newest friend heads to Shanghai.

Information and images from the Shanghai Disneyland WeChat.