This attraction officially opened on March 31, 2019, in Tomorrowland beside the Iron Man Experience. It’s a re-theme of the now-closed Buzz Lightyear Astro Blasters. This is all part of the major multi-year expansion happening at the Park.

Hong Kong Disneyland invited us to join in a sneak-peek of the attraction on March 28 before it was open to all guests. My review covers the story and overall thoughts of this unique attraction in Hong Kong (be mindful there are spoilers here).

Before we start, don’t forget to check out the new exclusive merchandise in The Pavillion and Ant-Man and the Wasp themed food at the Starliner Diner. 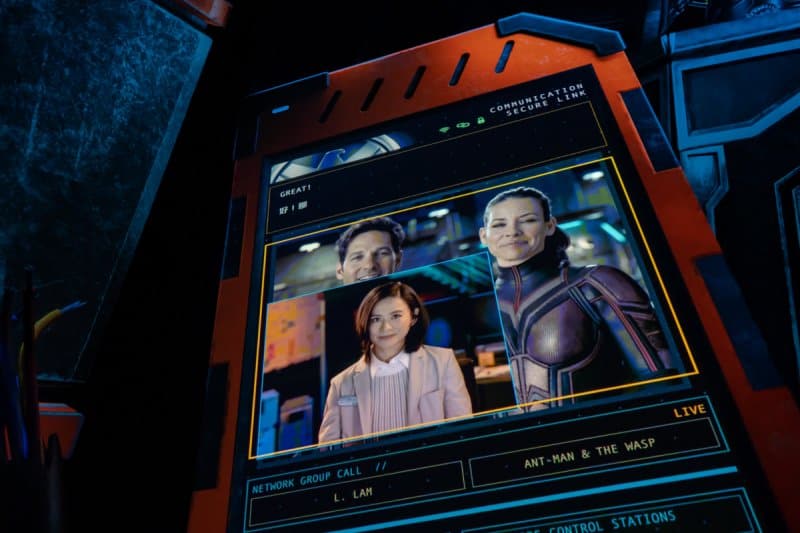 Ant-Man and the Wasp with Leslie Lam

The new Marvel story for “Ant-Man and the Wasp: Nano Battle!” features its first Hong Kong specific character, Leslie Lam (played by Jessica Hsuan) and continues the story first introduced in the Iron Man Experience. While Iron Man is fighting off the Hydra-bots at Stark Tower, he calls on Ant-Man and the Wasp to help protect the S.H.I.E.L.D Pavilion from Hydra and its evil artificial intelligence, Arnim Zola as it attempts to steal the Data Core.

That’s a simplified version of the story (read the rest here). Now, I’ll take you on a more in-depth look at the attraction. 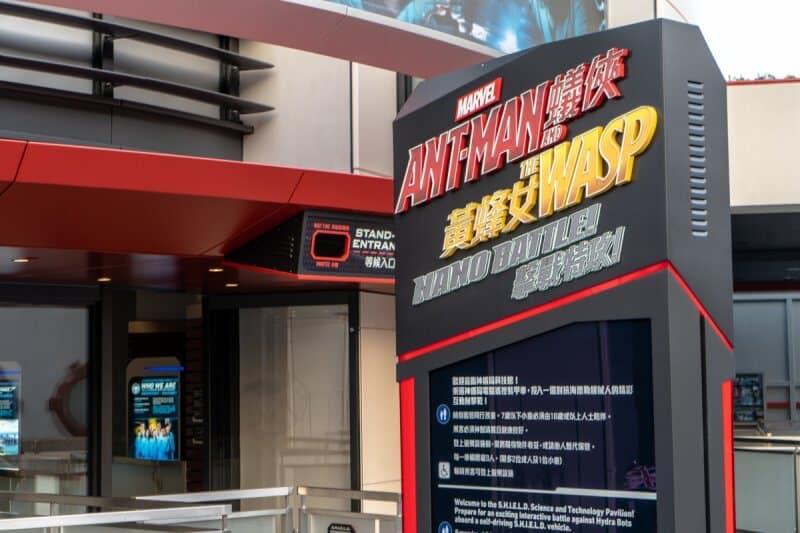 “Ant-Man and the Wasp: Nano Battle!” replaces the former Buzz Lightyear Astro Blasters in Tomorrowland. It’s the same concept where you’ll shoot at targets from your vehicle. If you’ve experienced Buzz Lightyear Planet Rescue in Shanghai Disneyland, you’ll notice the lasers are the same. Meaning, it’s easier to see where you’re shooting and less frustrating.

This is NOT a FastPass attraction but does accept the Priority Pass to bypass the line. A special pass is given to Disney Hotel Guests (I recommend the Disney Explorers Lodge) and also a paid pass is available to buy for non-Hotel guests for a limited time. 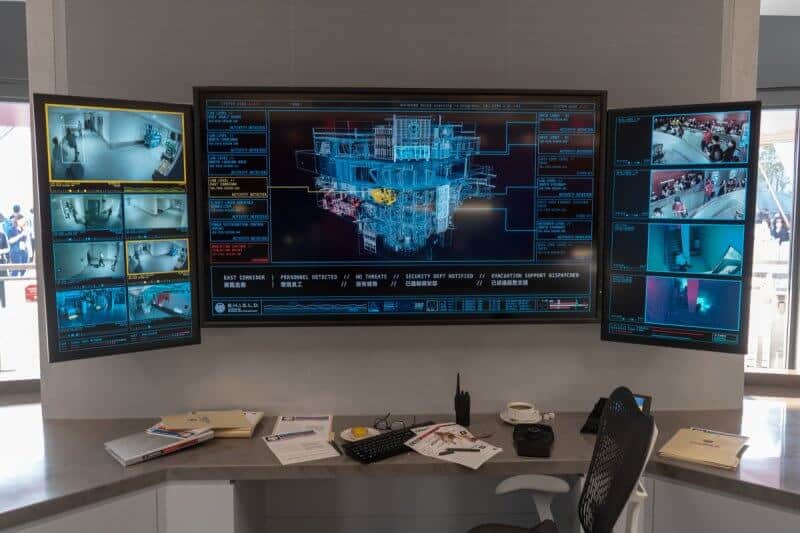 The queue isn’t too long but has enough details packed into the different areas that make it a pleasure to take a moment to appreciate the work and thought that went into it. You’ll see videos playing featuring Ant-Man, the Wasp, and Leslie Lam, as they discuss what’s happening with Hydra. The dialogue is witty, thought out, and fits perfectly. Keep an eye out for Hong Kong details too.

I’ll give you a hint: Egg Tart. 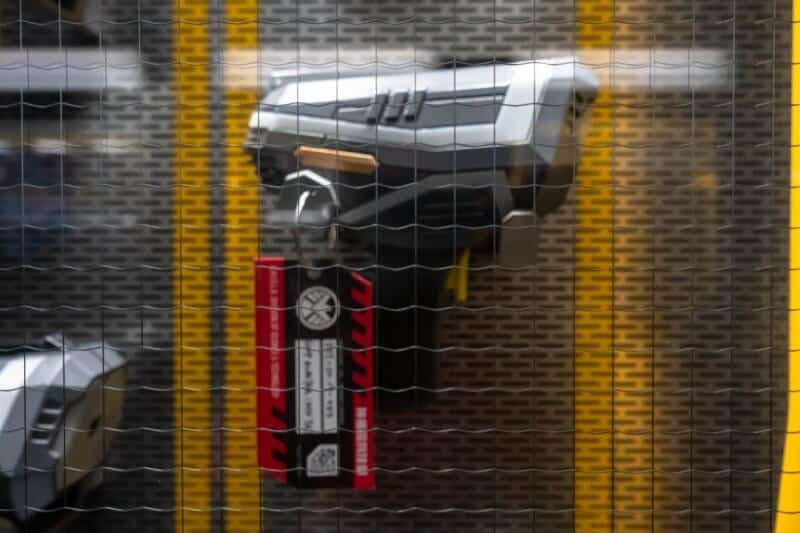 As you make your way through the queue and end up in the debriefing room, you’ll notice artifacts displayed on the wall. Along with the EMP Blasters. 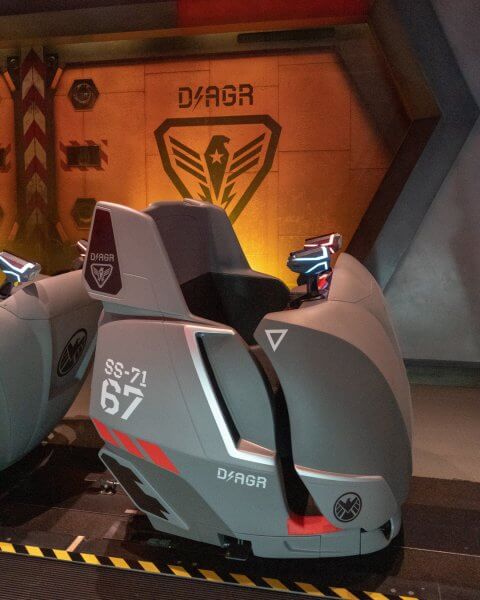 Once you get in your vehicle (called the Dagger), you’ll help Ant-Man and the Wasp fight the Swarmbots with your EMP Blaster. During the fight, you’ll collect points based on a variety of factors.

As you shoot the targets, after a while, they’ll “deactivate,” where you are unable to shoot them again for a time. This adds a level of challenge so you can’t sit and shoot the same target continuously. You’ll have to move to different targets to keep racking up your score. 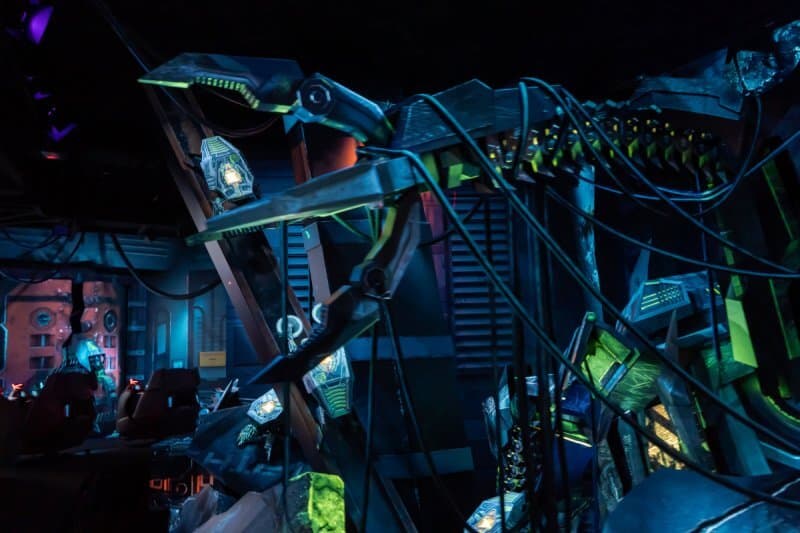 You’ll fight the Swarmbots with your EMP Blasters

There are no 3D glasses, nor are you able to control the direction you’re facing in your vehicle (unlike Buzz Lightyear). Overall, the gameplay is simple and straightforward. It’s perfect for younger Explorers.

“Ant-Man and the Wasp: Nano Battle!” isn’t an earth-shattering attraction that’ll make your jaw drop. It’s a re-theme of the former Buzz Lightyear Astro Blasters. I’m totally OK with this. The gameplay itself is simple and mindless fun (visually it’s fun too). Where it shines is the continued story and theming that is slowly bringing together a cohesive arc to the “Marvel” area within Hong Kong Disneyland. 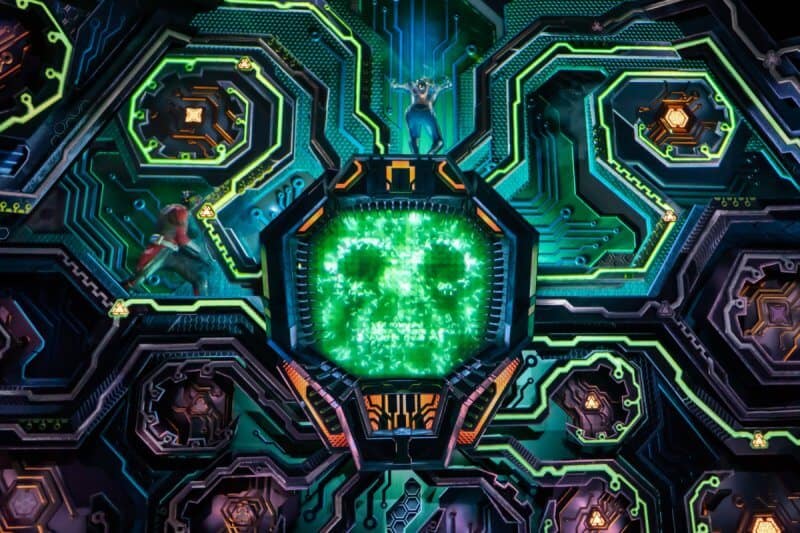 The use of screens is minimal and tactfully executed. It adds to the experience and doesn’t dominate it. During gameplay, it’s easy to forget you’re in a Marvel attraction until the well-placed Ant-Man and the Wasp elements pop up to remind you that you’re part of the story. Not just shooting lasers at static enemies.

My favourite part was when you are “shrunk down” and you see the gigantic heads of Ant-Man and the Wasp looking at you through a steel grate and giving you instructions. Another favourite detail of mine was when you’re inside the computer and passing by the CPU, there’s heat blasting on your face because, you know, CPUs are hot. A huge smile went across my face once I came to that realization. 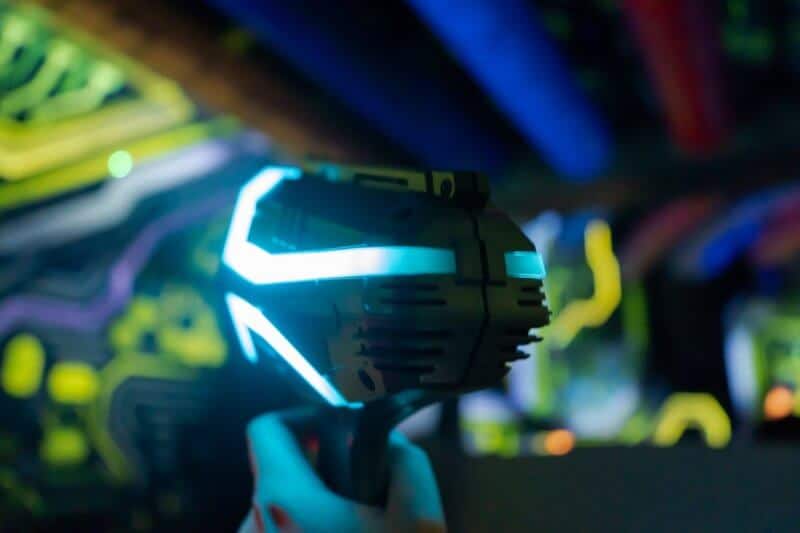 A lot of detail went into the story and theming and it shows. I’m ecstatic that Paul Rudd and Evangeline Lilly reprised their roles to add another level of authenticity to the attraction. Otherwise, I feel this wouldn’t have been as cohesive for the overarching story.

While this doesn’t make it into my top Disney Parks attractions, it’s a welcomed addition and an experience that Hong Kong Disneyland needed — kudos to everyone who made this ride a reality. “Ant-Man and the Wasp: Nano Battle!” also helps get rid of the strange situation where we had Buzz Lightyear in Tomorrowland while Toy Story Land was on the opposite side of the Park.

Now, how about some tips to make the most of your visit to experience “Ant-Man and the Wasp: Nano Battle!”? 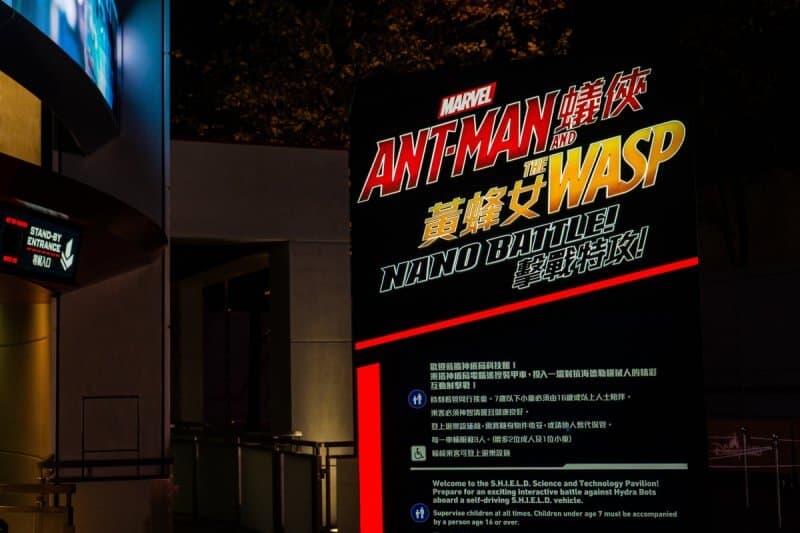 This isn’t a simple sit and shoot at one target to rack up the points. You’ll have to have a bit of a strategy if you want that high score. Here are a few tips to help while you’re battling the Swarmbots. 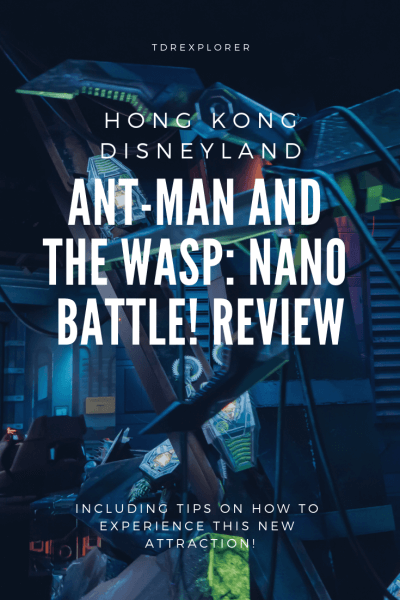