The event coincides with the release of the new Pirates of the Caribbean movie “Dead Men Tell No Tales”, which has its release on July 1, 2017, in Japan.

This new event features a brand new harbor show with Captain Jack Sparrow and the usual new merchandise and food items. Full details are not yet known, but you bet you’ll be the first to know when it’s announced! 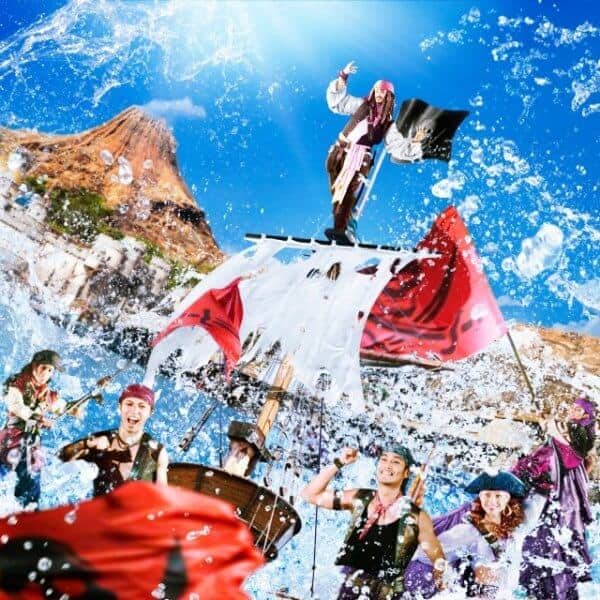 “Disney Pirates Summer” A special event will debut at Tokyo DisneySea themed to the Disney Pirates of the Caribbean film series. The latest film in the series, Pirates of the Caribbean: Dead Men Tell No Tales, is scheduled to be released on July 1, 2017. At Mediterranean Harbor, Guests can enjoy the show on the harbor featuring Captain Jack Sparrow, pirates and tons of splashing water, as well as atmosphere entertainment presented by a crew of pirates. Special merchandise and menu items, as well as decorations inspired by the special event, will transform the Park into a world of the Disney film Pirates of the Caribbean. The swashbuckling fun will also be found in Tokyo Disneyland — the home of the Pirates of the Carribean attraction — with special décor and atmosphere entertainment.