Are you at Tokyo Disney Resort this year for Christmas? We now have details for Christmas 2017 at both Tokyo Disneyland and Tokyo DisneySea. Here are the highlights from the official press release including entertainment, food, decorations, and everyone’s favourite, merchandise.

Don’t forget to read our guide to Christmas at Tokyo Disney Resort to get the most out of your trip. Christmas begins November 8 through December 25, 2017. 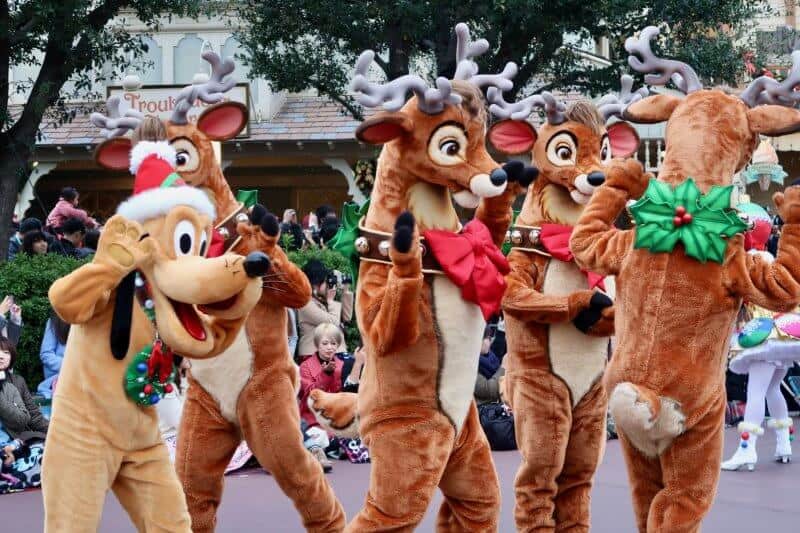 Premiering this year exclusively for the Christmas event period will be the special nighttime entertainment “Disney Gifts of Christmas.” Through colorful images projected onto Cinderella Castle, Mickey Mouse and his Disney Friends will present a heartwarming story that leads Guests into a fantastic holiday world.

Now, for my favourite part of this time of the year, Christmas overlays on attractions and entertainment! 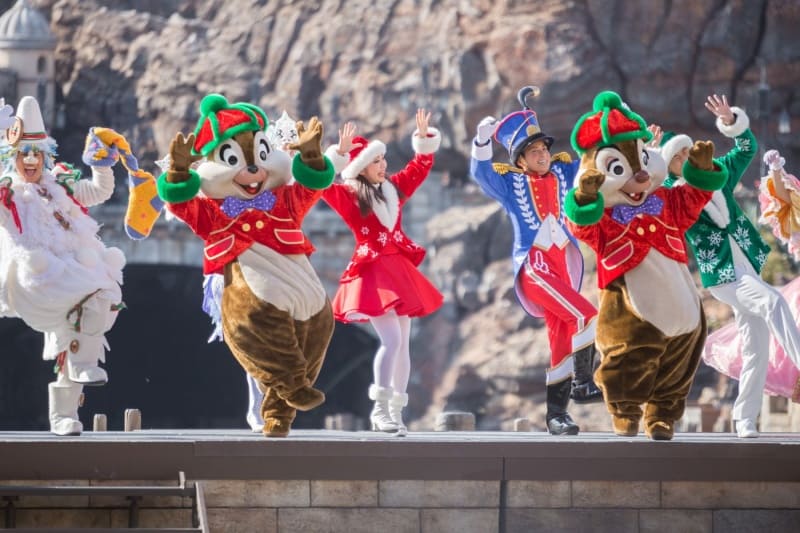 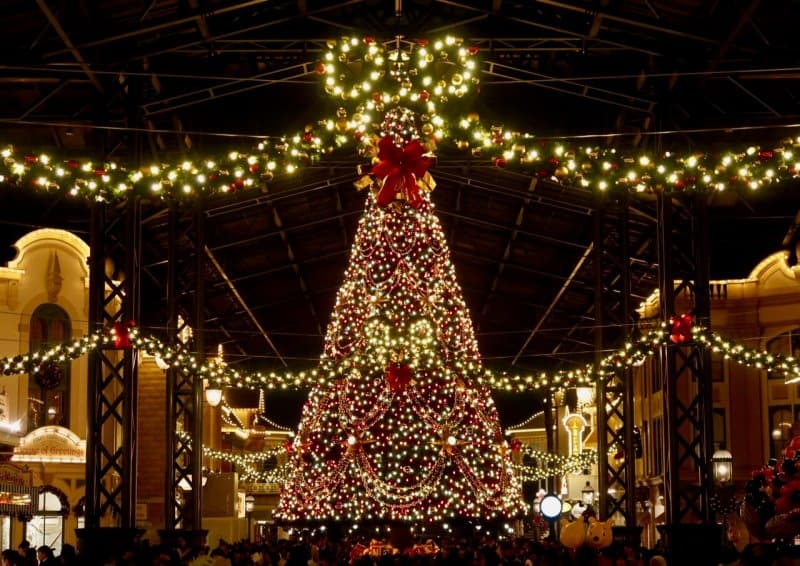 Over at Tokyo Disneyland, you’ll find decorations with the “Christmas Stories” theme, some of which are brand new this year. You’ll find a large display at the entrance of the park with Mickey and Friends getting ready for the holidays and a variety of scenes near Cinderella Castle with Disney Characters sharing their “Christmas Stories”.

The gigantic Christmas Tree in the World Bazaar makes its return (it wouldn’t be Christmas without it!) and a number of decorations throughout all the lands in the Park (including interactions photo spots).

Each of the Ports at Tokyo DisneySea are decorated for the season. The most notable is the snow-covered 15 metre tall Christmas tree in front of the S.S. Columbia in the American Waterfront. This is the first time it’s covered in snow. Over in the Lost River Delta is the “Fiesta de la Luz” (Spanish for “festival of lights”). 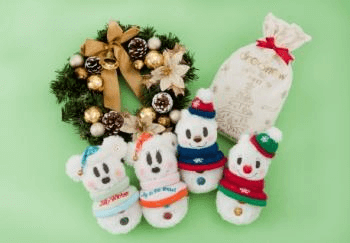 Everyone’s favourite part of any season (including mine)! We don’t have specifics yet on what the items are but we do know a few things.

Tokyo Disneyland plans to offer over 30 Christmas-themed items including exclusive items for the new show “Disney Gifts of Christmas”. Over at Tokyo DisneySea, there are over 35 different types of items and if that wasn’t enough they are offering 25 different items just for Duffy and Friends (which includes StellaLou). The Duffy items are themed to the story of the Nutcracker and Ice Skating. 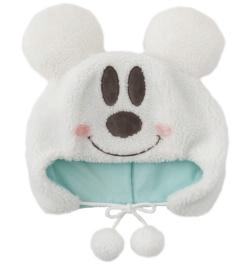 Both parks will have 50 different types of items available at both Parks based on the SnoSnow Characters (check last year to see what they look like). Also—this is my favourite bit—for the first time is the debut of Snow Chip and Snow Dale! 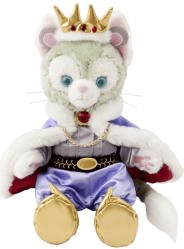 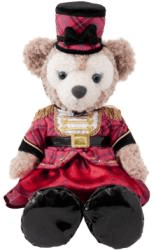 Keep in mind that items do tend to sell out. So, if see something you want then buy it. It’s tough to tell what items sell out or if they come back in stock. 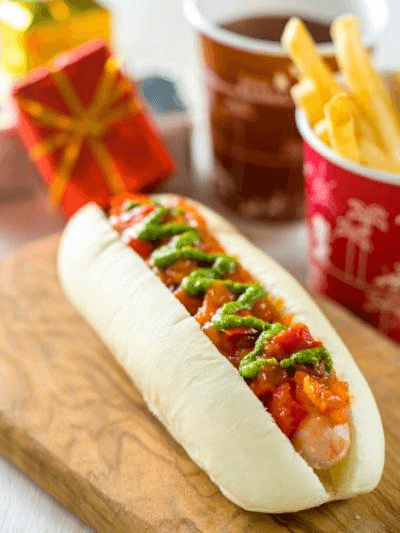 Merchandise isn’t the only thing that gets me excited for the holidays. The special food menus are some of my favourite parts of the season. Over at Tokyo Disneyland, the Refreshment Corner and Captain Hook’s Galley have the perfect dishes for the season. If you’re in Christmas sharing spirit then head over to Pavilion Restaurant and Grandma Sara’s Kitchen for a Disney-style Christmas Party special set. Also, for the first time, Camp Woodchuck Kitchen has special Christmas sets!

Now, over at Tokyo DisneySea, there are special Christmas sets at the following restaurants:

Both parks offer a hot apple drink that comes with a cute souvenir spoon, chocolate churros, and desserts with souvenier cups.

Once we know more about the merchandise and menu items, you bet we’ll have it here for you! So, keep an eye out for that in the near future (we still need to get through Summer and Halloween!). 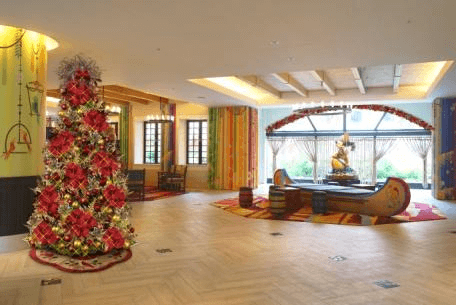 For the first time, the Tokyo Disney Celebration Hotels will feature Christmas Decorations in the lobby. Tokyo Disneyland Hotel, Disney Ambassador Hotel, and Hotel MiraCosta have delicious Christmas inspired dishes and of course, decorations. Read our hotel reviews and recommendations page for more information on these beautiful hotels.